A WOMAN has been hailed a ‘genius’ after she made a coffee pod holder out of an old Pringles tube and some glittery paper.

She explained that as she couldn’t find one she liked in the shops, she decided to make one instead. 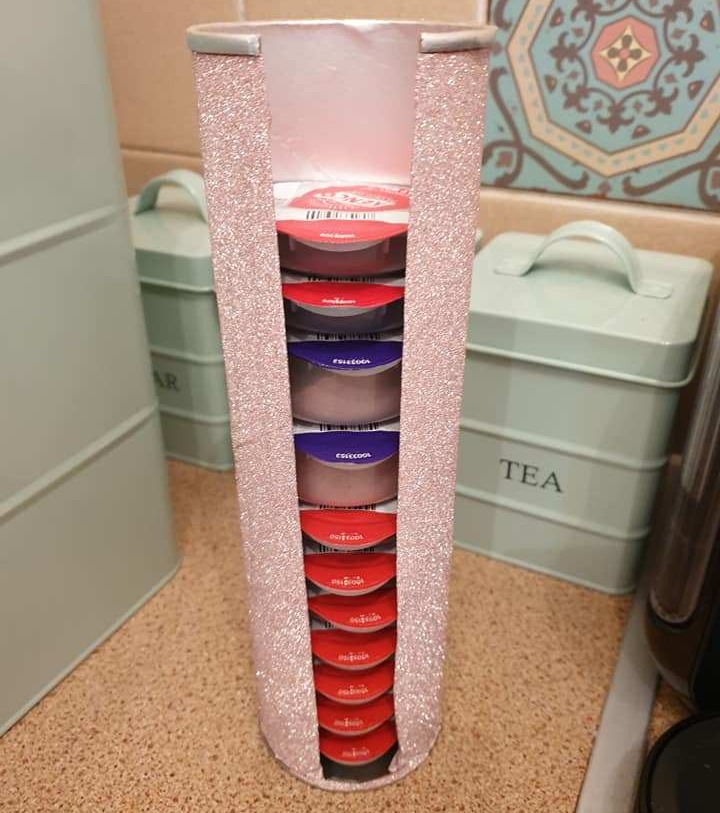 She grabbed an old Pringles tube and covered it with pink paper, and cut a slit down the front and a hole out the back so she could get to her coffee pods.

The end result is a stylish holder which she made for next to nothing.

She shared her creation to Facebook group Extreme Couponing and Bargains UK, where more than 2,000 people liked her idea.

She said: “Couldn't find a nice pod holder for my coffee machine so i made one out of a pringles tub and some pretty paper. 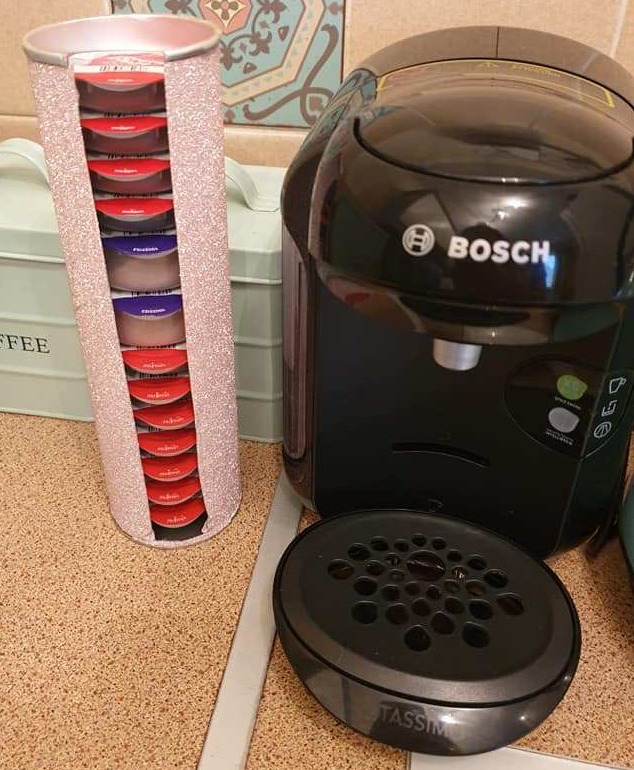 “For people saying how do you get the pods out they easily go on there side and pull through the hole.”

Hundreds of people have commented on the holder, claiming it’s just an excuse to eat some crisps.

One person said: “Love the idea might have a go at this the problem is I would have to eat 2 boxes of Pringles.” 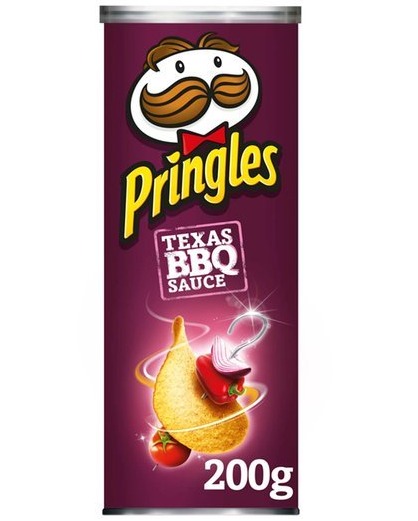 Another wrote: “Love it….. And when it starts getting tatty its just another reason to eat some more Pringles.”

A third commented: “OMG this is brilliant I need to make one.

"I also have the same tassimo machine.” 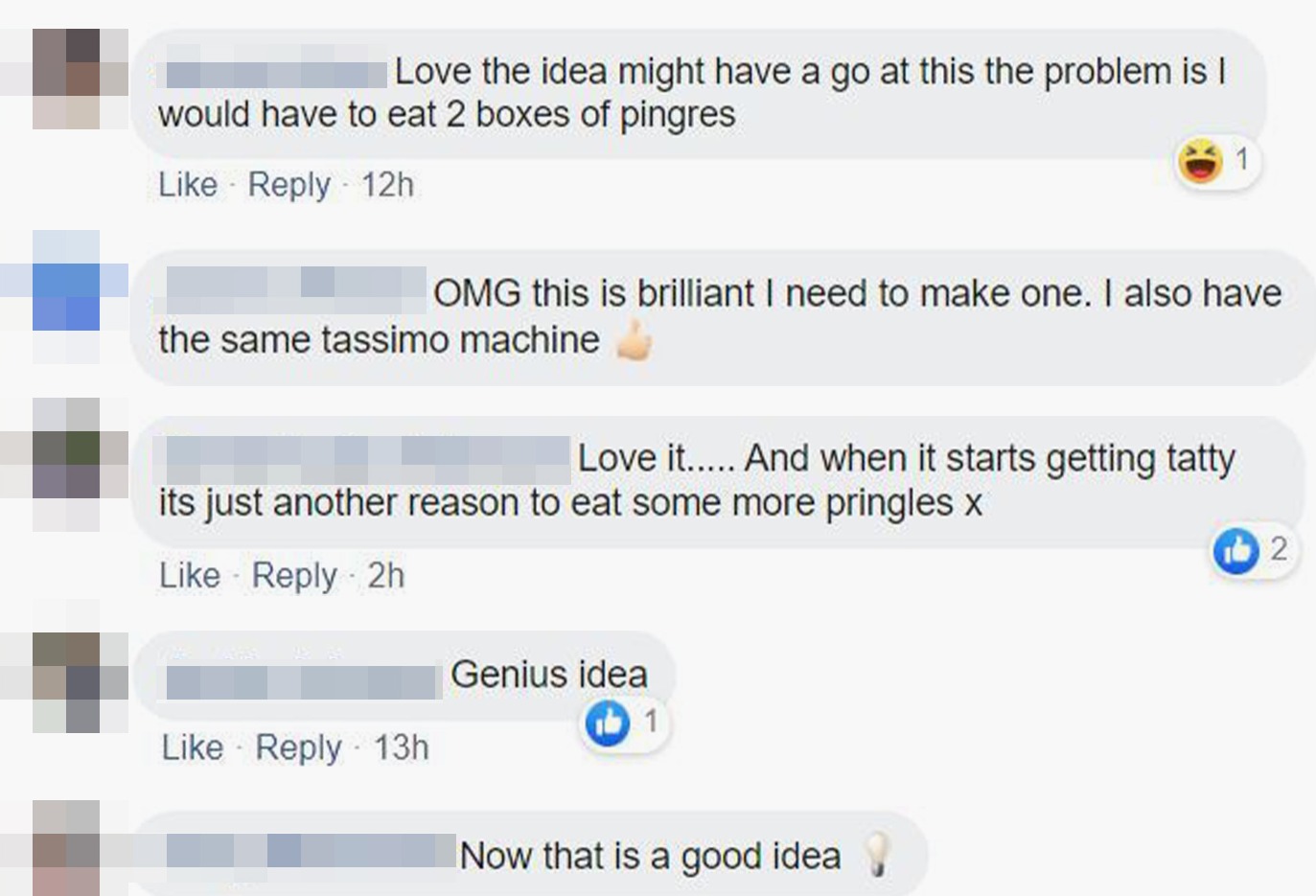 Another person suggested: “This is wicked idea use ur fablon that’s left from kitchen and marines Pringle tub from tonight save it and do this !”

While someone else added: “This is such a clever idea !!!”

Meanwhile this bloke turned his dingy attic into a MASSIVE walk-in wardrobe for his wife & it’s bigger than most people’s houses.

And shoppers are raving about B&M’s cube range which looks JUST like Ikea’s versions – but for a fraction of the price.

Plus this mum turns her ‘awful’ wooden panelling into a family photo wall – but some blast it for looking ‘common’.