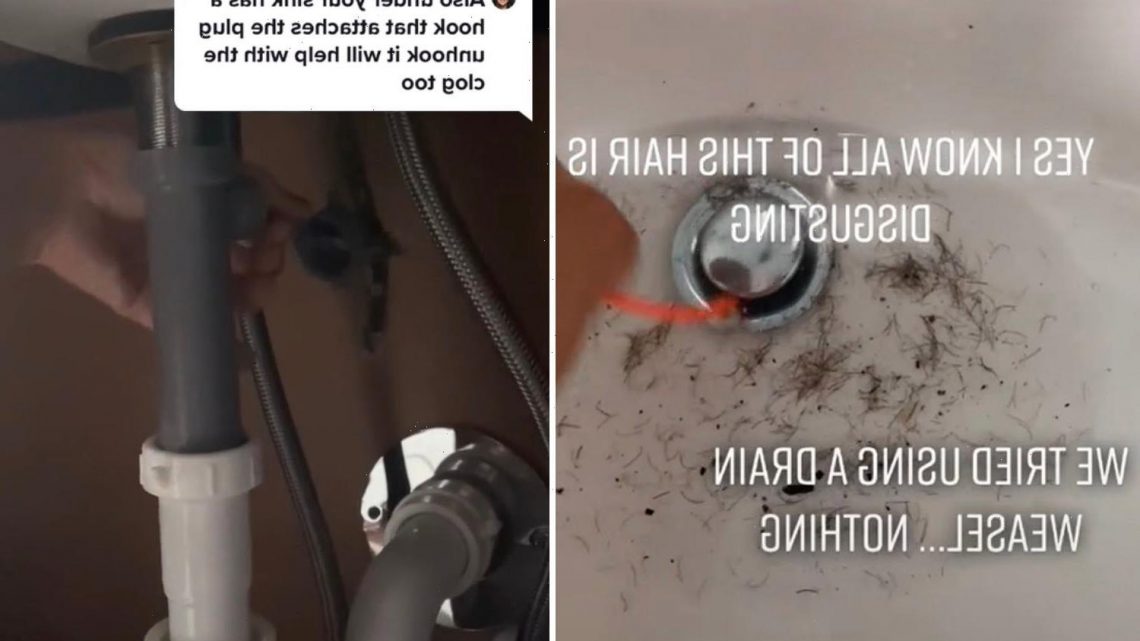 A WOMAN was forced to turn to TikTok after growing sick and tired of her sink that had been clogged for an entire year – and what she learned was a quick and easy hack to get it draining again in no time.

TikTok user Annie (@badhomeowner) confessed that since moving into her home over 12 months ago, her sink has been barely draining thanks to a huge build-up of hair in the plug. 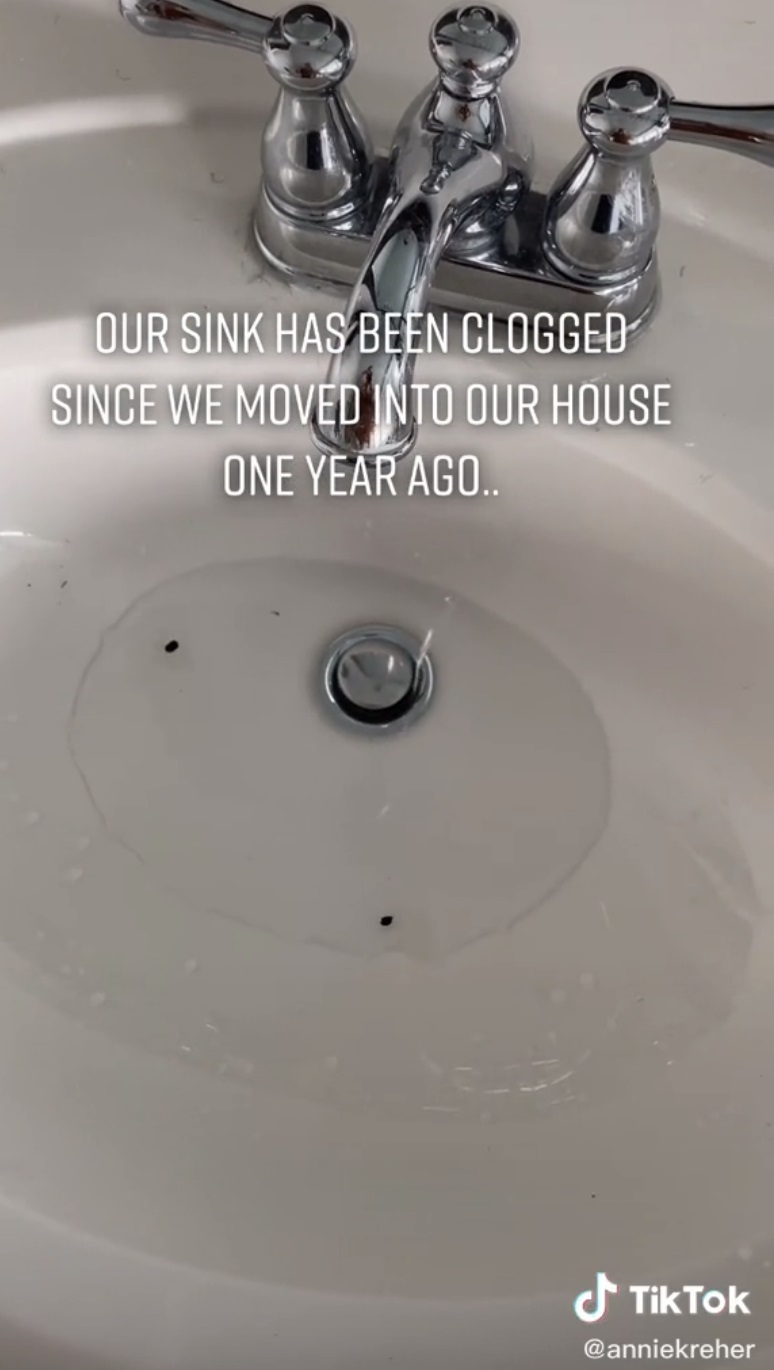 In a video, that has now been watched over 5.4million times online, she revealed how quickly water was building up in her sink and how every trick she had tried wasn't working.

"Our sink has been clogged since we moved into our house one year ago," Annie explained. "After seeing CleanTok I decided to do something about."

She continued: "We tried using a drain weasel… nothing."

While the drain weasel budged some of the build-up and hair stuck in the plug, the water still wasn't draining. 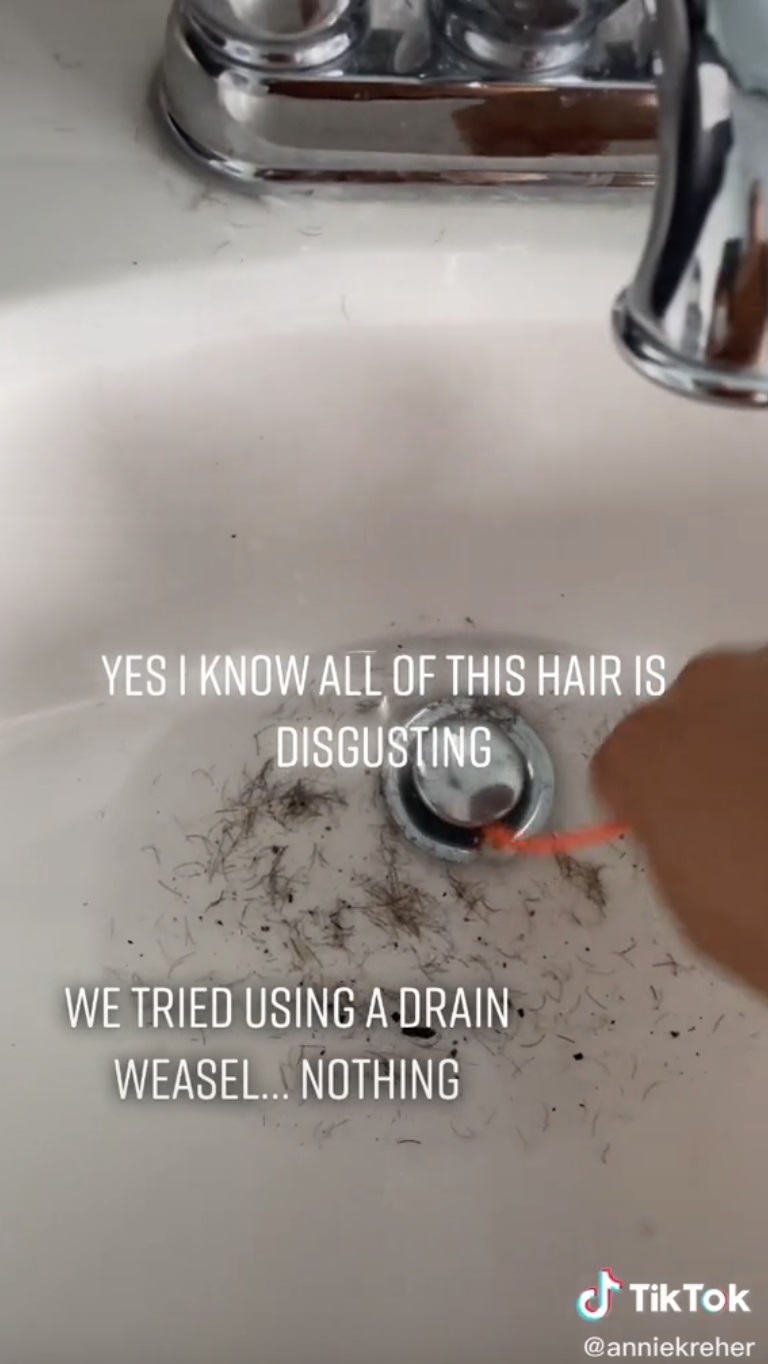 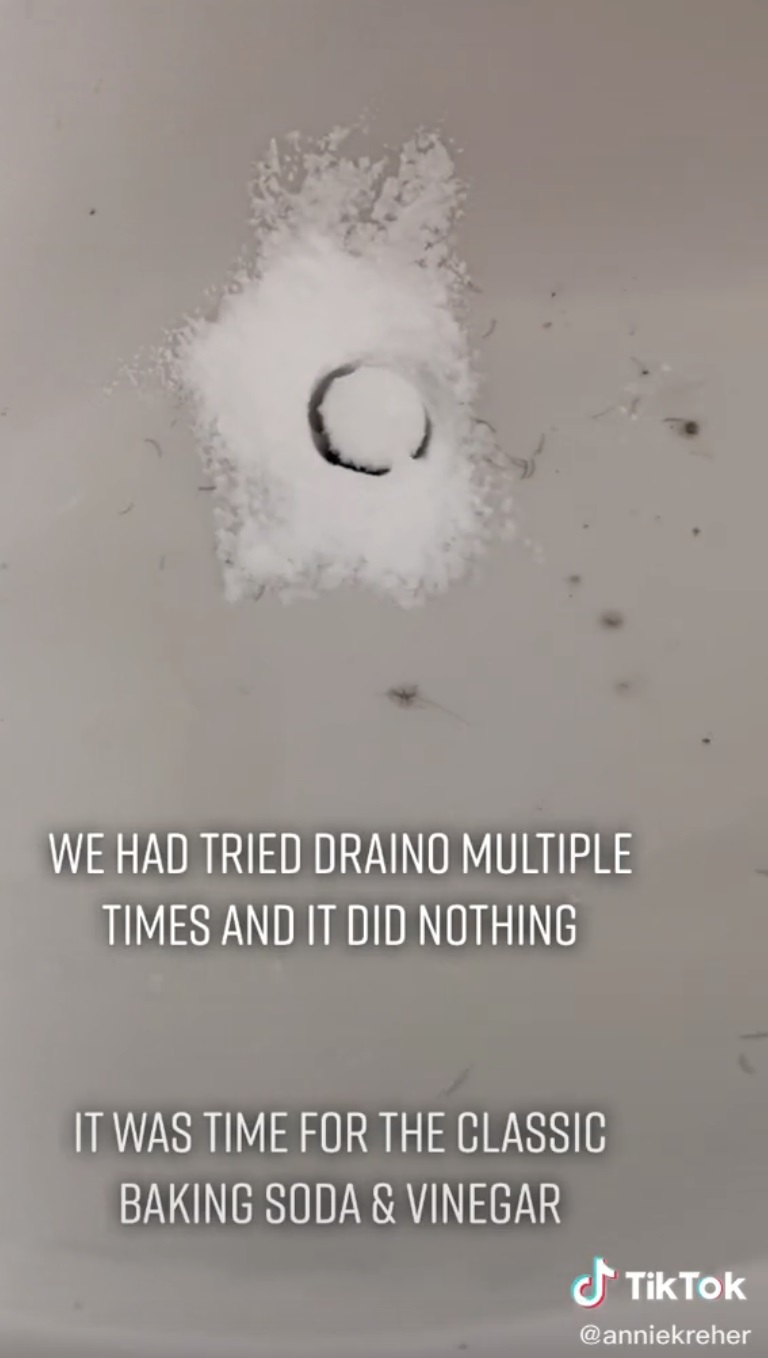 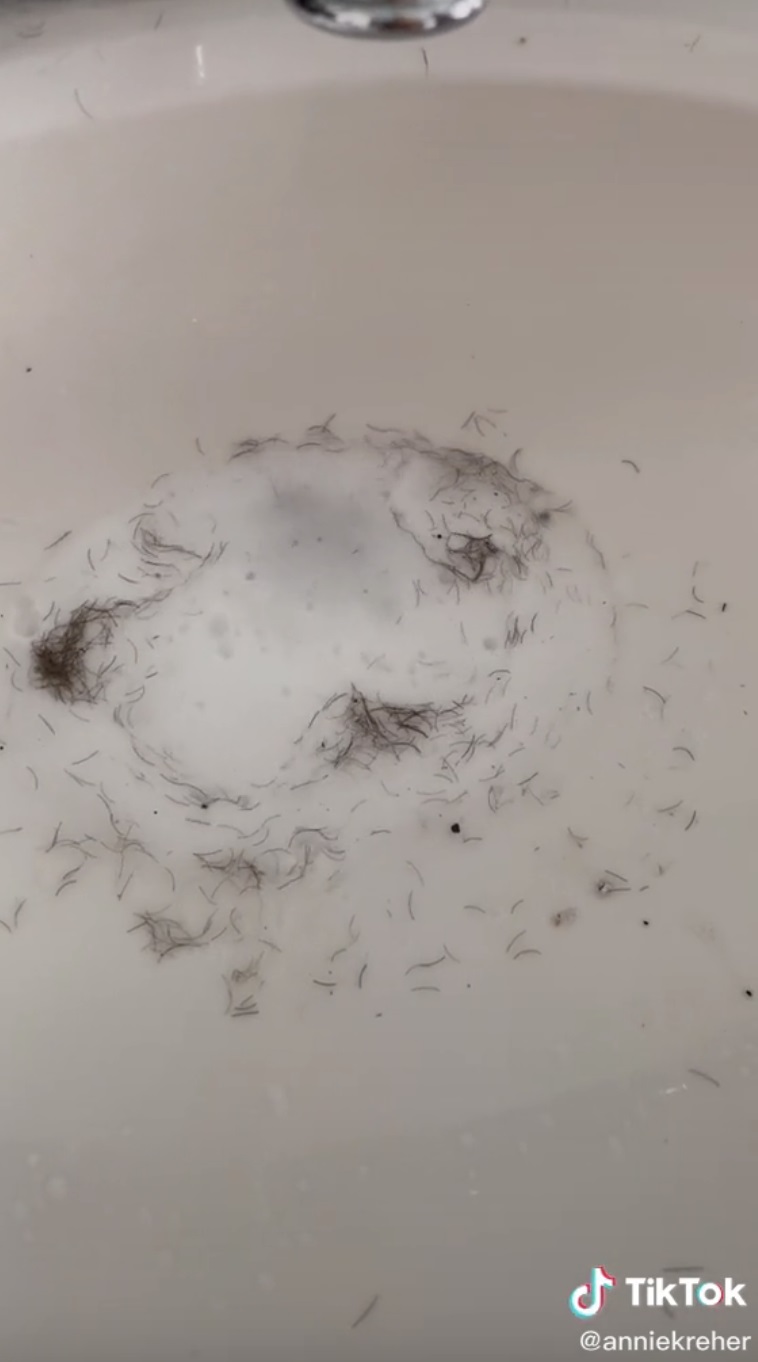 Similarly, Draino – a US drain cleaner – hadn't worked and Annie resorted to baking soda and white vinegar to see if that could get the build-up to budge.

The easy method some cleaning fans swear by seemed to bring up even more hair, but it was a recommendation from one viewer that really got to the bottom of the clog.

They advised: "Under your sink has a hook that attaches the plug, unhook it will help with the clog too."

In a follow-up video, Annie filmed herself unhooking the plug from the sink – meaning it was able to be pulled out completely, revealing the mountain of hair that was wrapped around the bottom and causing the blockage. 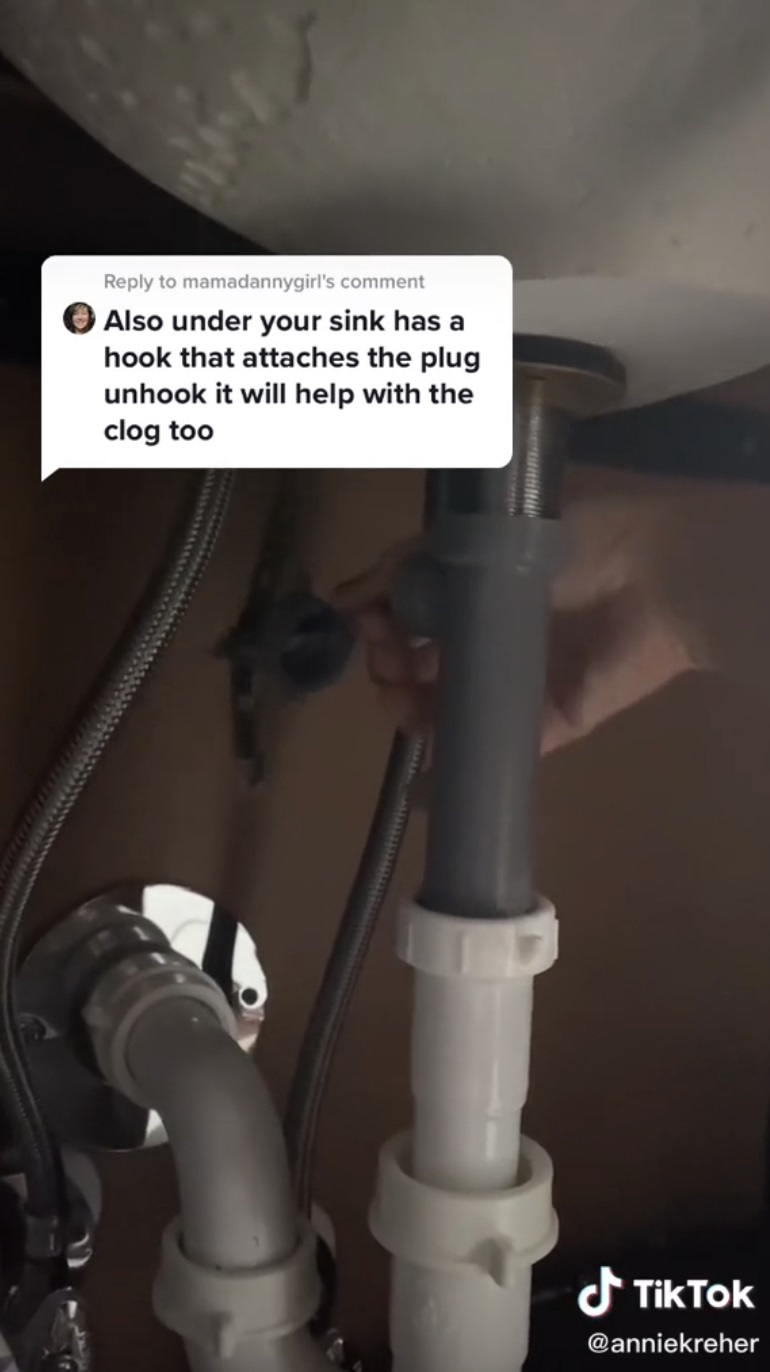 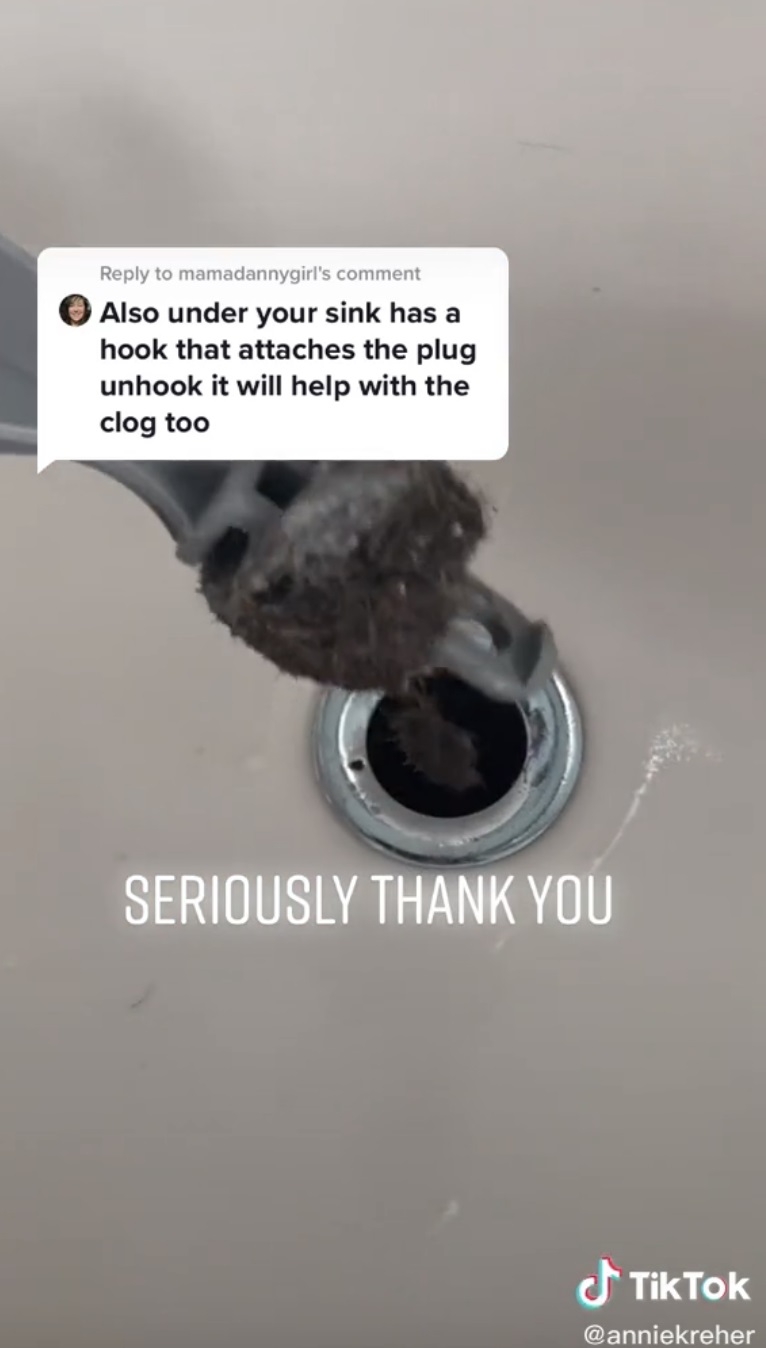 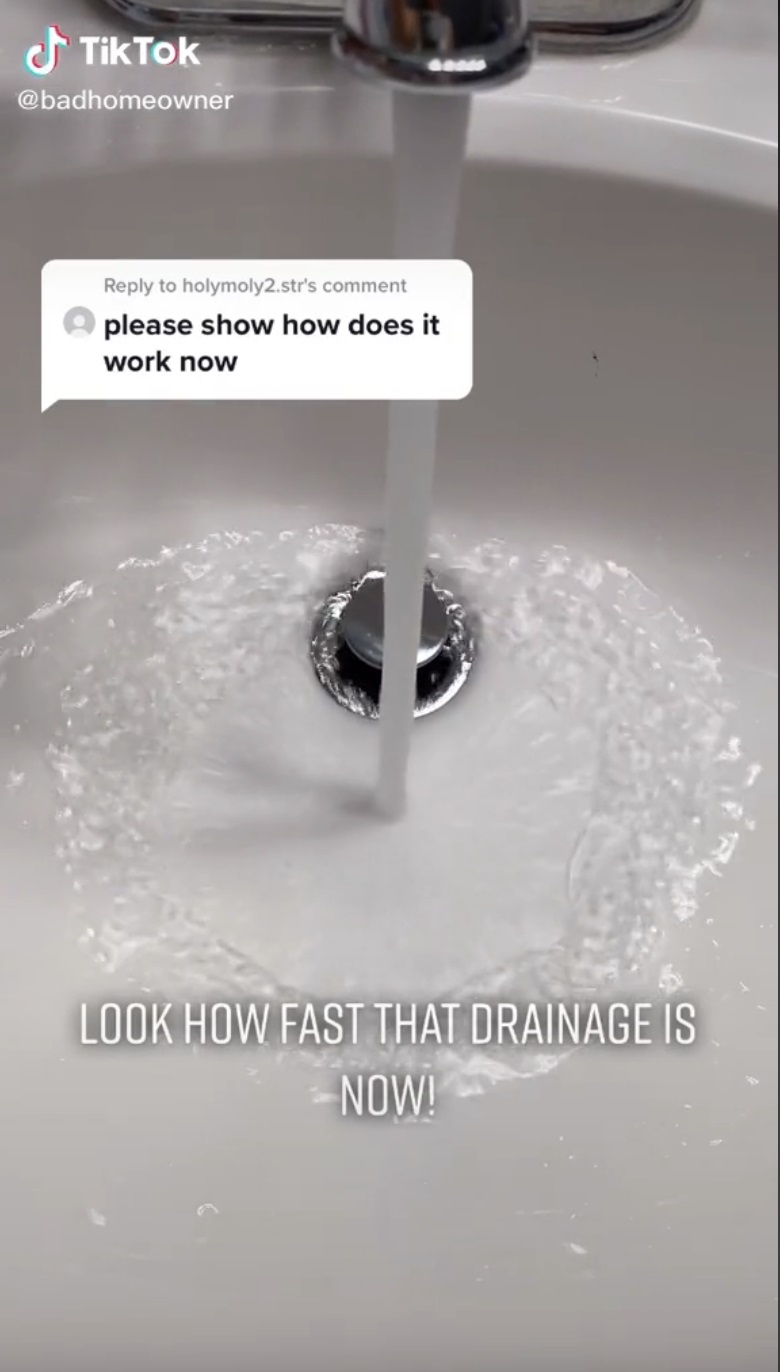 Finally able to remove it and give the plug a good clean, Annie thanked the person for helping her to "truly fix" her sink and later shared another video of her sink draining normally once again.

That was enough to persuade others to try the trick out for themselves, with one woman revealing: "I've been bothering my fiancé for over a month to unclog our sink and I just did this and it worked! You have no idea how excited I am to tell him."

Another said: "Damn this was a problem at my house and it just took me five minutes to clean."

A third wrote: "I was having the same issue and I removed that piece. No more clogging ever… lol."

One more added: "Wow tried it this morning and it worked! It was a mess in there, but good to go now!"

Meanwhile, one mum revealed her three step trick to keeping her kitchen sink free of clogs and it includes Mrs Hinch's favourite product.

Plus, this mum transformed her filthy kitchen hob in minutes using a £1 spray from B&M.

And check out this cleaning fan who discovered loads of mouldy food trapped under her kitchen sink plughole after prising open with a 50p coin.

This No. 1 Bestselling Serum Is a Khloe Kardashian Favorite (Only $20!)
Entertainment