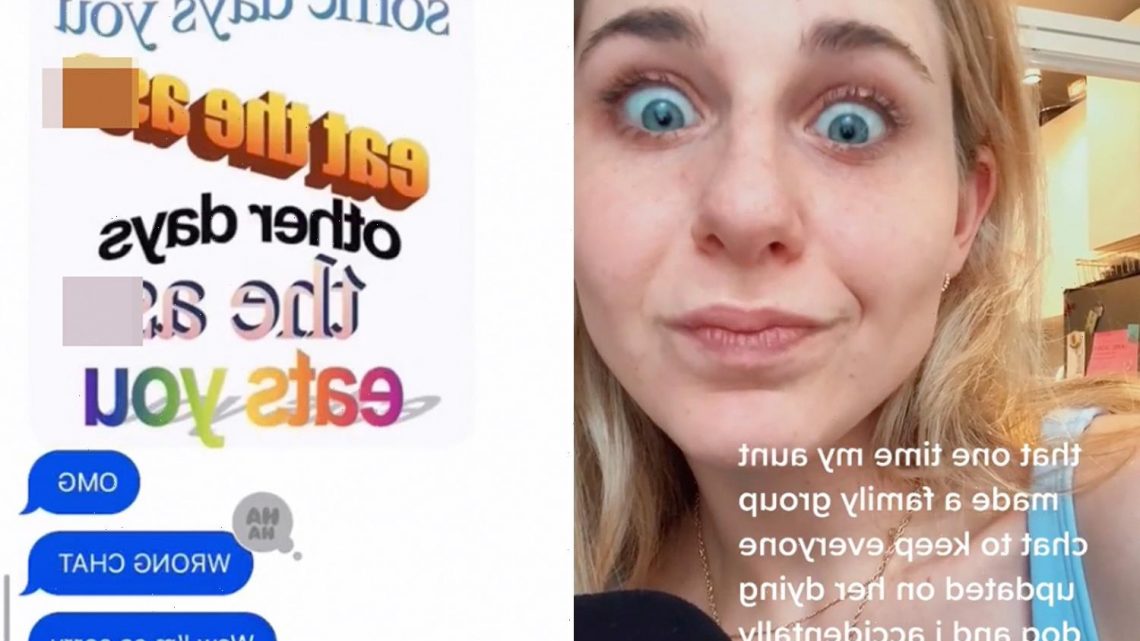 DURING lockdown, we got added to so many new group chats that we can't possibly stay track of them all – and to make matters more confusing, they only ever pipe up at the EXACT same time.

Well rather than trying to keep up with the millions of messages, one woman has shared her group chat horror story which makes us want to swear them all off completely. 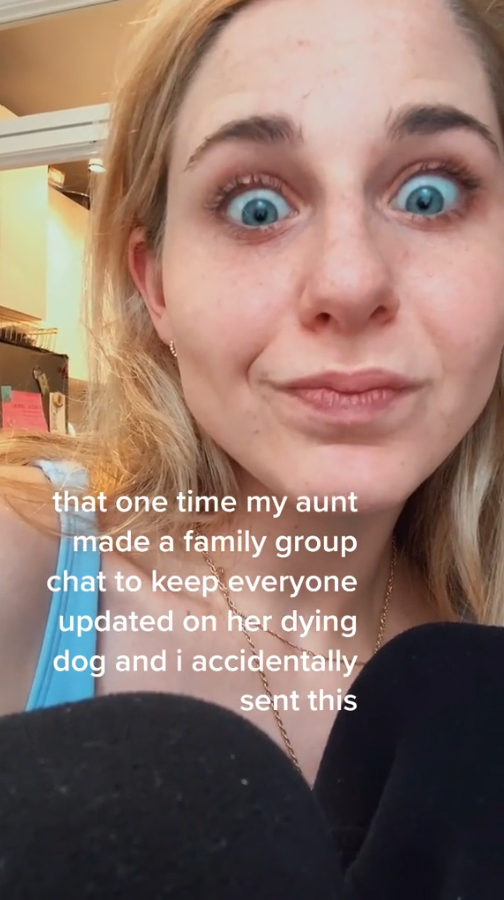 In a viral TikTok clip, the woman – who uses the handle Lemonss28 – explained how she accidentally posted a VERY rude picture intended for her friends chat into her family group.

She wrote: "That one time my aunt made a family group chat to keep everyone updated on her dying dog and I accidentally sent this."

Underneath pictures of her aunt's beloved pet pooch, the woman accidentally texted a meme which read: "Sometimes you eat the a**. Other days, the a** eats you."

Much to her horror, the woman had sent the picture via iMessage – meaning she couldn't delete the post before her loved ones saw it. 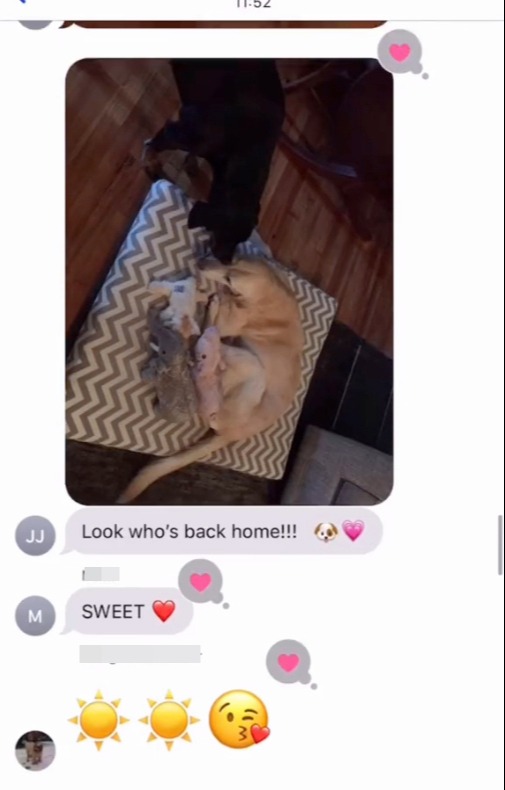 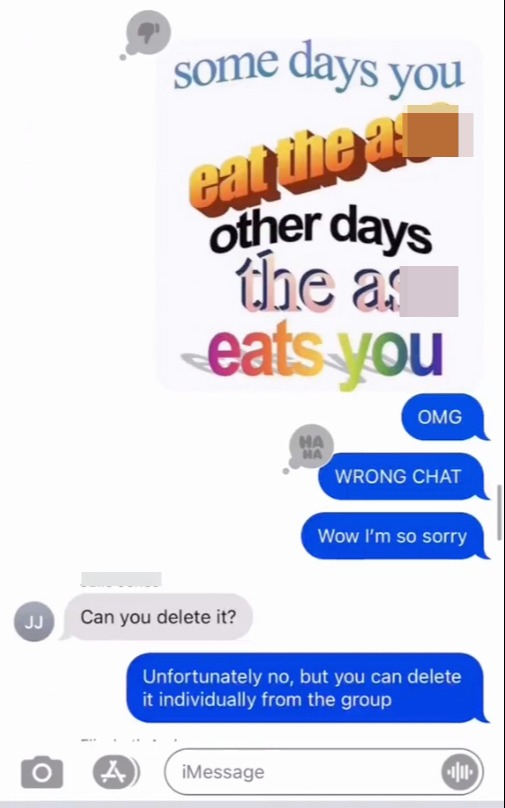 After it dawned on her what'd she done, the woman wrote: "OMG WRONG CHAT. Wow I'm so sorry."

To make matters worse, she then had to give them all instructions so they could all delete it individually off their phones.

Meanwhile, her mother replied: "Go back to work!" 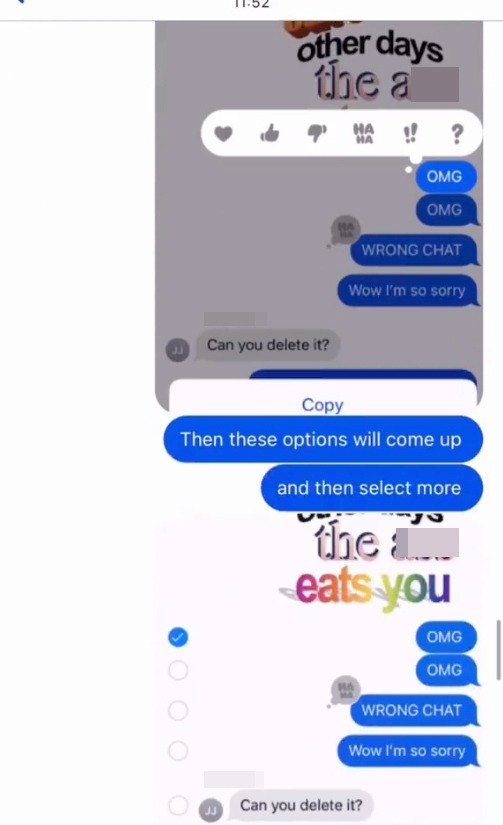 The video racked up over 24,000 "likes" and left viewers in stitches.

One replied: "I think the funniest part was you having to screenshot and walk them through deleting it."

Another added: "The fact that you pretty much sent the same pic two more times…"

Meanwhile, a third joked: "Tell me you went from $100 to $20 for Christmas without telling me!"

For more viral stories, this woman was in hysterics over man’s ‘lazy’ attempt to Catfish her – but can YOU spot what’s wrong?

And this shocked mum was left in hysterics after finding Co-op carrot which looks like something VERY rude.

Plus this Instagram model hit back at fan who shamed her for sitting in economy in the best way.