Home » Fashion » Will We All Want to Be Wearing Halston Soon? 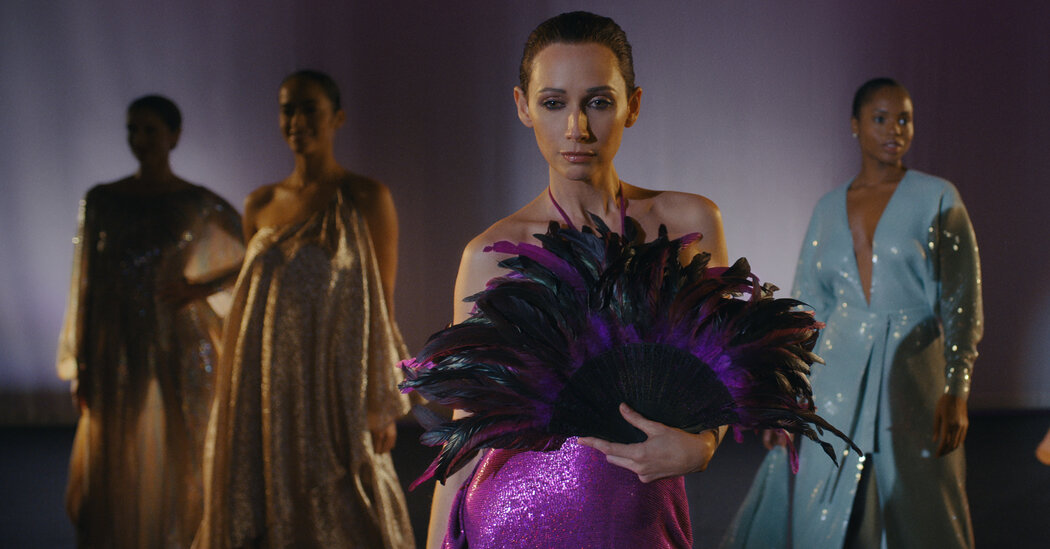 Will We All Want to Be Wearing Halston Soon?

It was bound to happen. After the viral trendsetting of the ’60s shifts in “The Queen’s Gambit” and the ’80s puff sleeves of “The Crown,” it was only a matter of time before Netflix embraced fashion as the Next Great Brand Extension. And what better test than a show based entirely on the life and times of a great designer?

Little wonder that the latest bid for streaming success, “Halston,” a Ryan Murphy-produced extravaganza starring Ewan McGregor as the man who has been called both American fashion’s greatest designer and its greatest cautionary tale, has spawned not just an excited drumroll thanks to all its ’70s Ultrasuede excess, but its own clothing collection. The 10-piece Halston x Netflix evening-wear capsule, to be rolled out for pre-order next month, is based on archival pieces worn by famous Halstonettes like Liza Minnelli and remade by the brand that still bears Halston’s name.

This despite the fact that Halston the man was fired in 1984 and died in 1990, and Halston the brand changed hands numerous times over the years. (It is currently owned by Xcel Brands, which also owns Isaac Mizrahi.)

So are we in for a summer of swirling caftans and slinky bias-cut halter-necks? Is a one-shouldered ruched jersey the new nap dress?

The setting would seem to be ripe for a yes. Here we are re-emerging and ready to embrace dressing up again, schooled in shopping from the screen.

After all, Halston made his name by liberating women from constrictive suiting and dresses that stood up by themselves, letting you be “free in your clothes” as Karen Bjornson, one of his models, said in a 2019 documentary. (She meant this literally: Halston was against underwear, which ruined the line.) In a way, the clothes he created are the perfect bridge between working-from-home leisure-wear and fashion.

Then, too, the drumroll has begun for American fashion, what with the Met’s next costume exhibition focusing on American designers and a gala slated for Sept. 13 — the end of New York Fashion Week, which is itself being promoted as “the Great Return.”

And then there’s the influence of Tom Ford, the chairman of the Council of Fashion Designers of America and an honorary chairman of said Met Gala, who will probably be dressing many guests and who has often name-checked Halston as one of his greatest influences. He even bought the designer’s former townhouse, perfectly recreated in all its mirrored, plush minimalist glory in the series, and is restoring it.

Yet the funny thing is, the rise and fall of Roy Halston Frowick as told in the series, a high-gloss, high-glamour tale full of irresistibly decadent detail, from its recreation of Halston’s first souk-like studio to the Battle of Versailles, Studio 54 and the designer’s crimson Olympic Tower atelier, is not really about the clothes, extraordinary as they were, ripe as they may be for a renaissance.

This may be in part because of the seeming simplicity of the clothes. Halston’s genius was in taking the values of sportswear and raising them to the level of couture. Often dresses were cut with a single seam, interior design magic that doesn’t exactly scream Fashion from the screen.

So despite the models strutting through the sets in Halston’s famous jersey slithers and Ultrasuede shirtdresses (the ones The New York Times called “a status security blanket” in 1976) and Elsa Peretti and Ms. Minnelli cooing over the fabulousness of what they are wearing — despite the pitch-perfect recreations of the costume designer Jeriana San Juan — the most striking dresser is Halston himself, as he creates his own character in a signature black turtleneck, trench coat and crimson blazer. And men’s wear isn’t in the offing.

But a lot of it is because the show is really selling an entirely different product.

It’s the old saw about the battle that rages between corporate and creative interests in every industry where art meets commerce, and the idea that business kills the imaginative soul. It’s a trope that is woven throughout both the modern fashion narrative and the modern film narrative, which may be why Mr. Murphy was so attracted to the idea. In both industries, the visionary who prizes ideas over financial gain is positioned as antithetical to the conglomerate, which prizes blockbuster franchises over art.

To this end, the villain of “Halston” is not the amount of drugs the designer did (though, as depicted, that is pretty jaw-dropping) or the amount of money he spent on orchids (ditto) or what a shrieking diva he often appears to be. It is the corporate backer who dazzled the designer with his promises of expansion and security (not to mention art and caviar), convincing him to trade his name — his birthright — for a golden cage.

Trapped in luxury, Halston slid down the slippery slope from J.C. Penney to luggage, sunglasses, bedsheets, whatever until, finally, it was taken from him entirely, thanks to a combination of corporate takeovers, bad behavior and one major misunderstanding: his belief that the name and the designer could not be parted.

He was, of course, wrong — as a number of other designers have learned since then. As with his clothes, Halston was ahead of the game when he went corporate. Even his mistakes got repeated.

Indeed, a brief and incomplete list of designers who followed Halston and likewise lost control of their trademark includes Hervé Léger, who attempted an unsuccessful comeback as Hervé Leroux; Roland Mouret, who briefly became RM2 before finally buying back his trademark; and John Galliano, who currently designs for Maison Margiela while another man creates John Galliano. (Martin Margiela, the founder of Maison Margiela, is himself puttering around in Belgium.)

Today every designer is expected to have multiple brand extensions; limited-edition collaborations with mass brands are a prized commodity; and the conglomeratization of fashion is taken for granted — at least by those who aspire to any kind of global scale.

The impossible choice that faced Halston and led to his downfall (or at least facilitated it) is the same one that still faces most designers. If they want to get big and compete, they need a backer — be part of a big fashion group, join another kind of conglomerate, go with private equity or risk being an individual’s plaything.

The sacrifice is independence, control and, often, the ability to say no. If they are happy staying small and artisanal, they can do it their way, but they don’t have the same impact or opportunities.

It’s a fair issue to dramatize, but the actual work does get lost among the made-for-binge-watching crises. Which is too bad, because the truth is, the Halston ethos, his dream of elegant liberation, is perfect for this particular moment in time. Not just as a one-off brand extension made to monetize our screen time, but as inspiration.

Kourtney Kardashian and Travis Barker's most stylish moments together
Entertainment