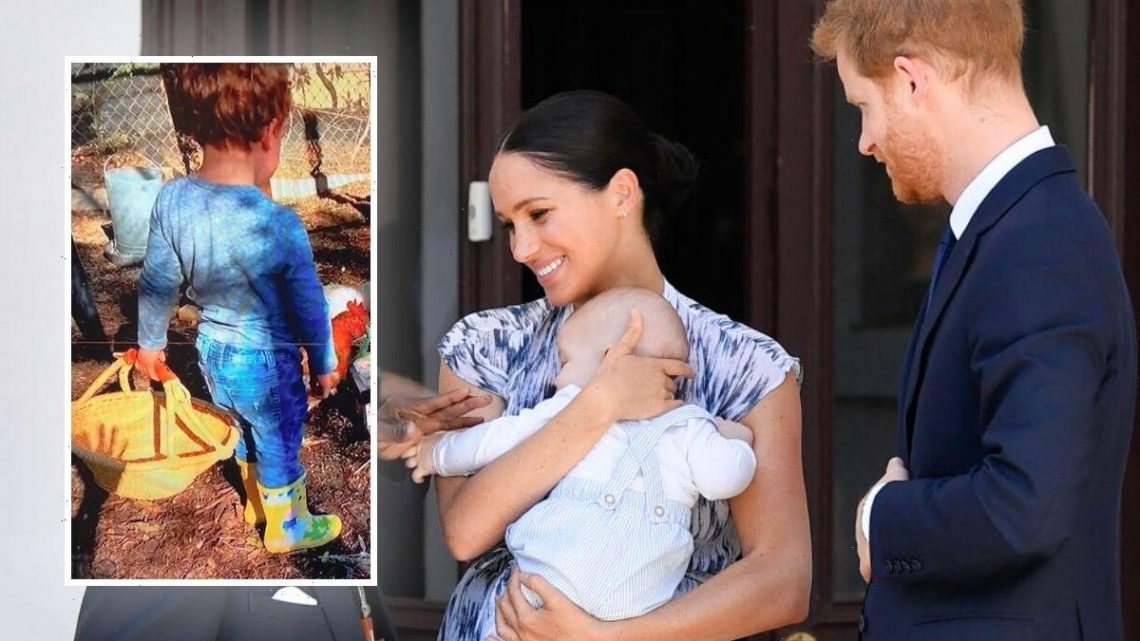 Prince Harry discusses his hopes for Archie and Lillibet's futures

The Royal Family have to follow a bunch of random and different style rules than the average Briton. This includes items of clothing that are completely off-limits. But does this apply to young children in the Royal Family?

Daena Borrowman, a Marketing Manager at jewellerybox told Express.co.uk: “There are dozens of protocols in place that stylists and dressers of the royals have to familiarise themselves with to prevent working royals from landing into embarrassing fashion faux pas.

“Little boys of aristocratic standing cannot wear long trousers until the age of seven or eight.

“This is the reason Princes George and Louis have only been spotted in shorts.”

When he comes to the UK next month for the Platinum Jubilee with his family, he may have to abide by this royal rule as he is under the age of seven.

Although this should be fine as the Platinum Jubilee is taking place in June and the weather should hopefully be nice and summery.

Therefore, it hopefully won’t be an issue for Archie to wear shorts.

Very few pictures of Archie have been released throughout his lifetime, however, the Duke and Duchess of Sussex’s Christmas card in 2021 depicted Archie in a pair of jeans.

If the couple were still working members of the Royal Family, this may have been a breach of royal style protocol.

However, because Harry and Meghan are no longer working royals, they are no longer bound to the same traditions and protocols as Kate and William are.

Why do young boys in the Royal Family have to wear shorts?

There’s a tradition among the upper class, aristocracy and royals to dress young boys in shorts, and it’s often considered “suburban” not to do so.

“Trousers are for older boys and men, whereas shorts on young boys is one of those silent class markers that we have in England.

“Although times are (slowly) changing, a pair of trousers on a young boy is considered quite middle class – quite suburban.

“And no self-respecting aristo or royal would want to be considered suburban. Even the Duchess of Cambridge.”

The tradition can be traced back throughout the Royal Family, with Princes William and Harry also seen regularly wearing shorts until they were deemed old enough to progress to full-length trousers.

“The usual custom is that a boy graduates to trousers around eight years old,” explained Mr Hanson.

In the case of today’s modern Royal Family, this is more likely down to tradition than an issue of class.

“The modern habit of upper-class families choosing to dress their boys in shorts will deliberately hark back to a bygone age.

“The British upper set is always keen to hold on to tradition, and this one also silently marks them out from ‘the rest’,” the expert noted.