Home » Fashion » What is the birthstone for each of the 12 months? And what do they mean? What is the birthstone for each of the 12 months? And what do they mean?

WE ALL know our star sign – but did you know that each month also has its own birthstone?

The origin of birthstones is said to date back to the breastplate of Aaron which contained twelve gemstones representing the twelve tribes of Israel. 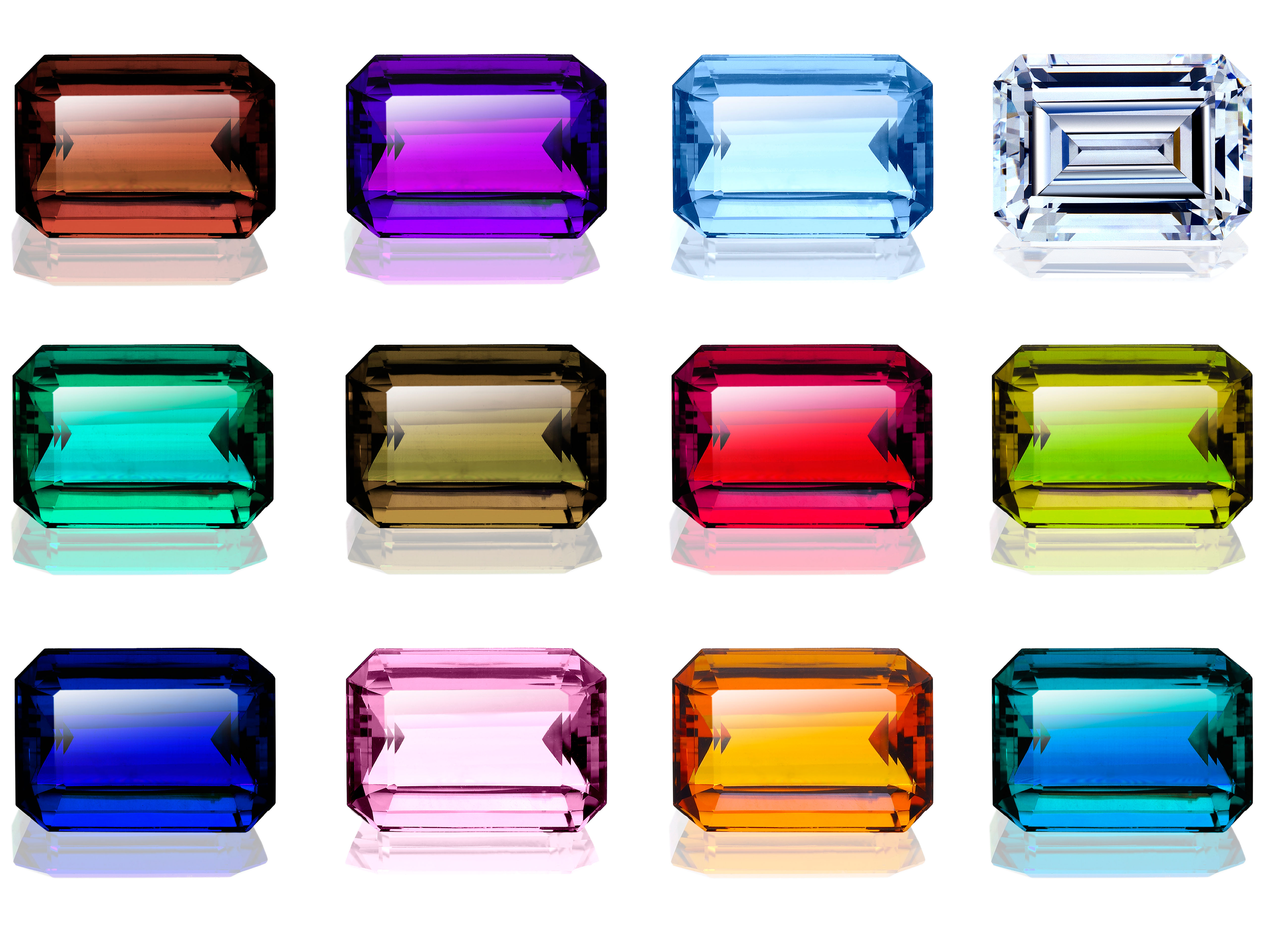 The list of the 12 birthstones originated in Poland between the 16th and 18th centuries and in 1912 the National Association of Jewellers released a list of modern birthstones that we see today.

Birthstones are steeped with myth and legend believed to bring good luck and therapeutic powers to those who wear them.

But what are the birthstones for each of the 12 months of the year, and what do they mean?

What is the birthstone for each of the 12 months? 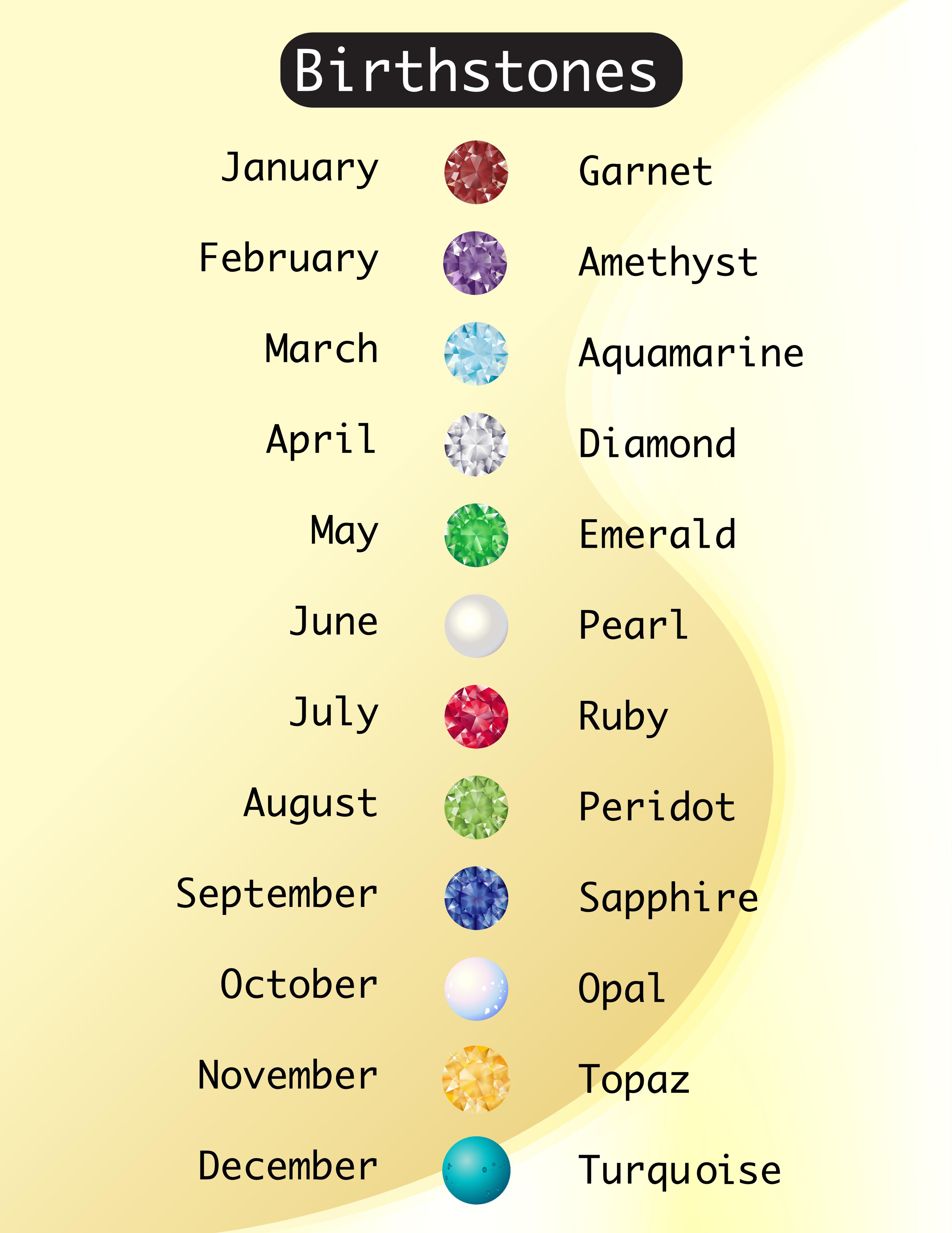 While garnets are available in a range of colours, they are most commonly associated with red. They are also widely available.

The garnet is typically thought of as an “energising” stone, which is said to “balance, strengthen and protect.”

The purple coloured stone comes in a range of shades and is scratch-resistant.

Ancient wearers believed that the Amethyst could protect them from drunkenness but more modern wearers associate it with “groundedness, tranquility and calm.”

As its name suggests the aquamarine is a pale blue colour.

It is said to be relaxing and cleansing, inspiring truth and “letting go.” 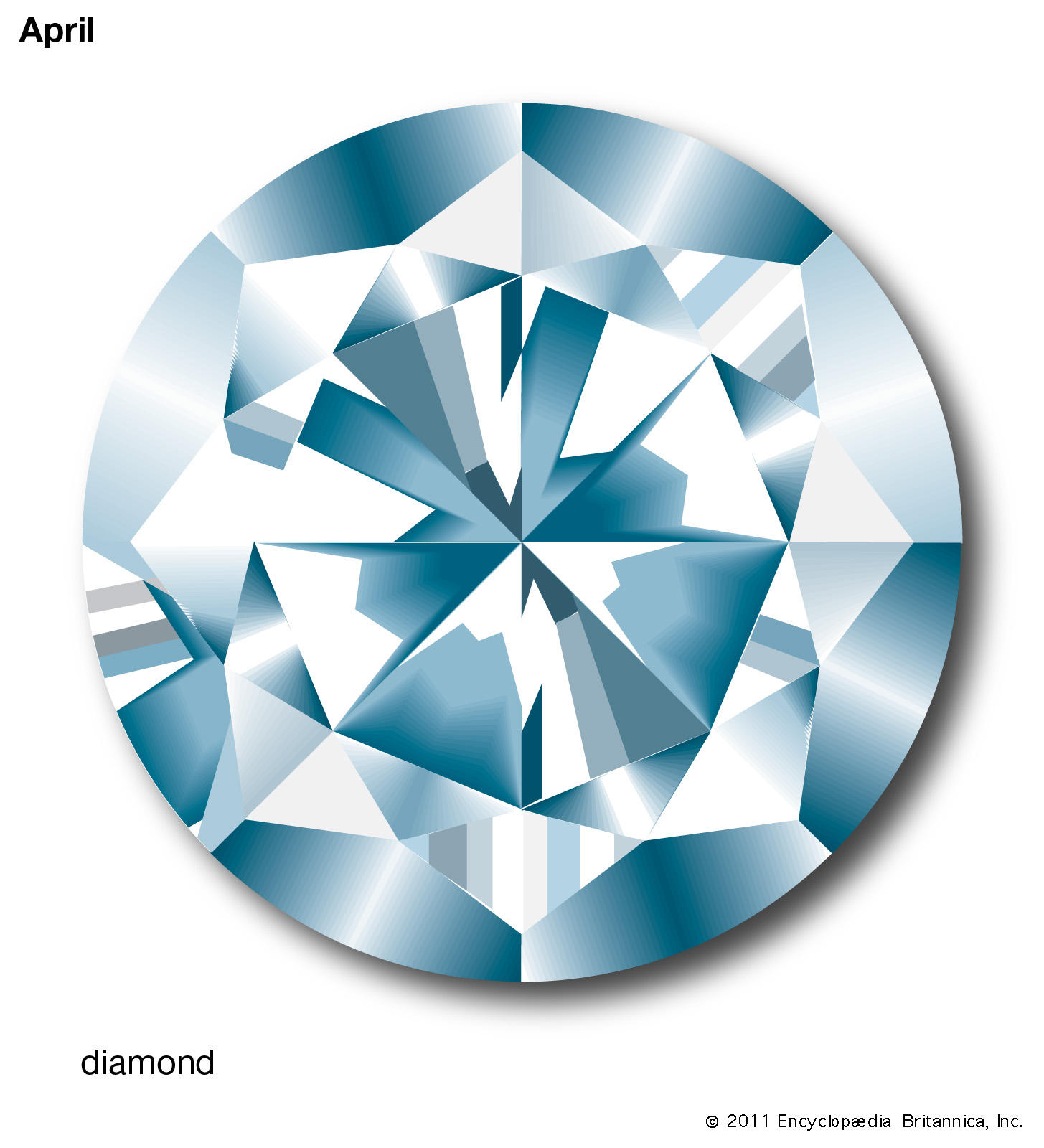 If you’re an April baby you’re in luck, with your birthstone being one the most precious substance on earth, the diamond.

The stone is most associated with invincibility, which is unsurprising due to the diamond being the hardest substance in the world.

This dark green stone is known as one of the “big four” gems, alongside rubies, diamonds and sapphires.

Emeralds typically are associated with truth and love but have also been known to represent intuition.

The pearl is the only birthstone to be derived from living creatures as they are found in marine oysters and freshwater mussels.

Pearls are the ultimate symbol of wisdom, with the famous phrase “a pearl of wisdom” widely used.

They are also seen as a symbol of integrity, loyalty and are known to strengthen relationships. 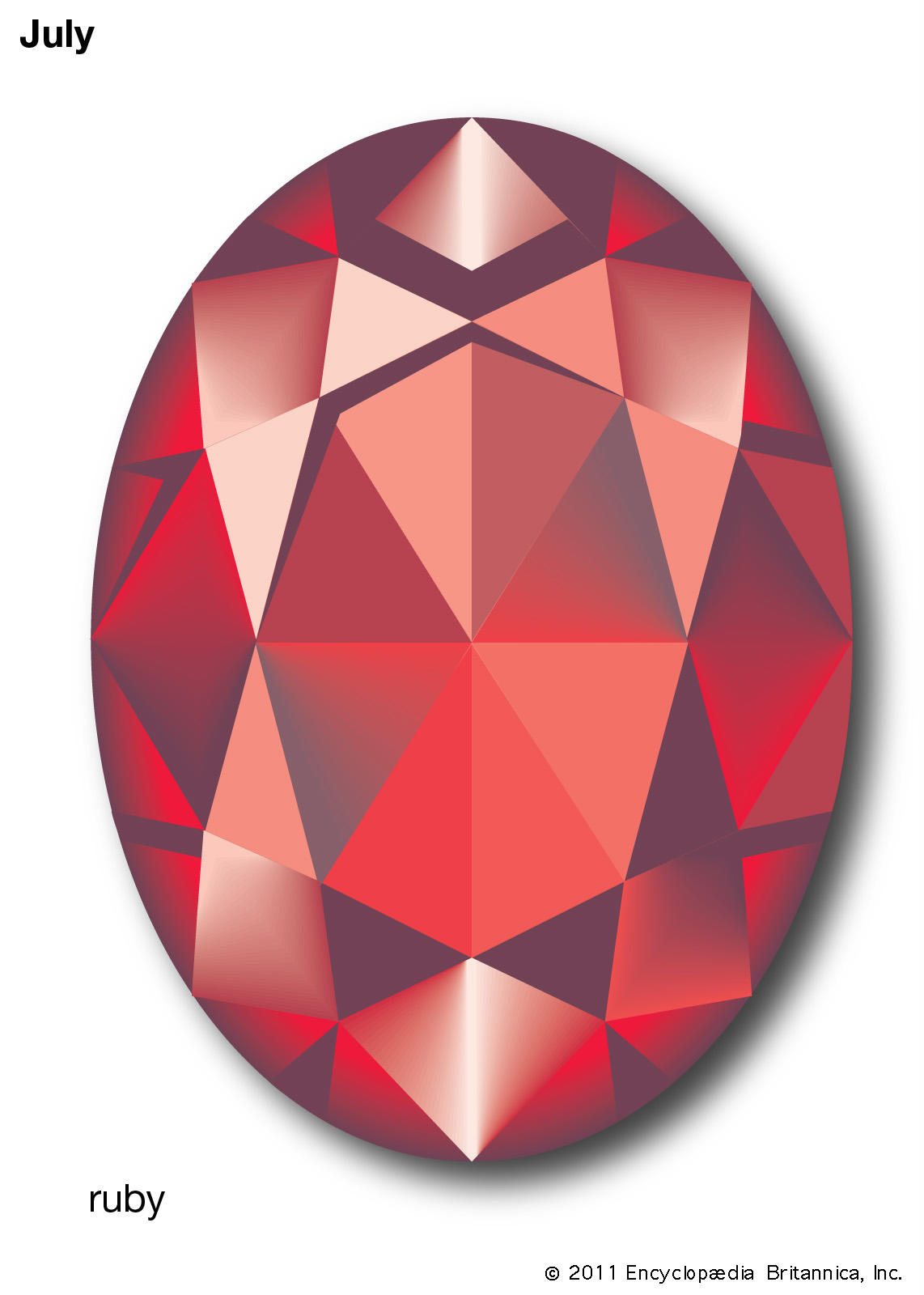 One of the priciest stones in the list, the ruby is known for its signature red colour and durability.

Peridot is known for its green colour, which comes in a variety of shades and has been used in jewellery throughout history.

The stone is associated with strength and balance and is believed to bring peace and rest to those who wear it.

The sapphire comes in a variety of colours but it is best known for its brilliant blue stone that sits in the centre of Kate Middleton’s famous engagement ring.

Traditionally the sapphire represents purity and chastity – though others believe it signifies wisdom. 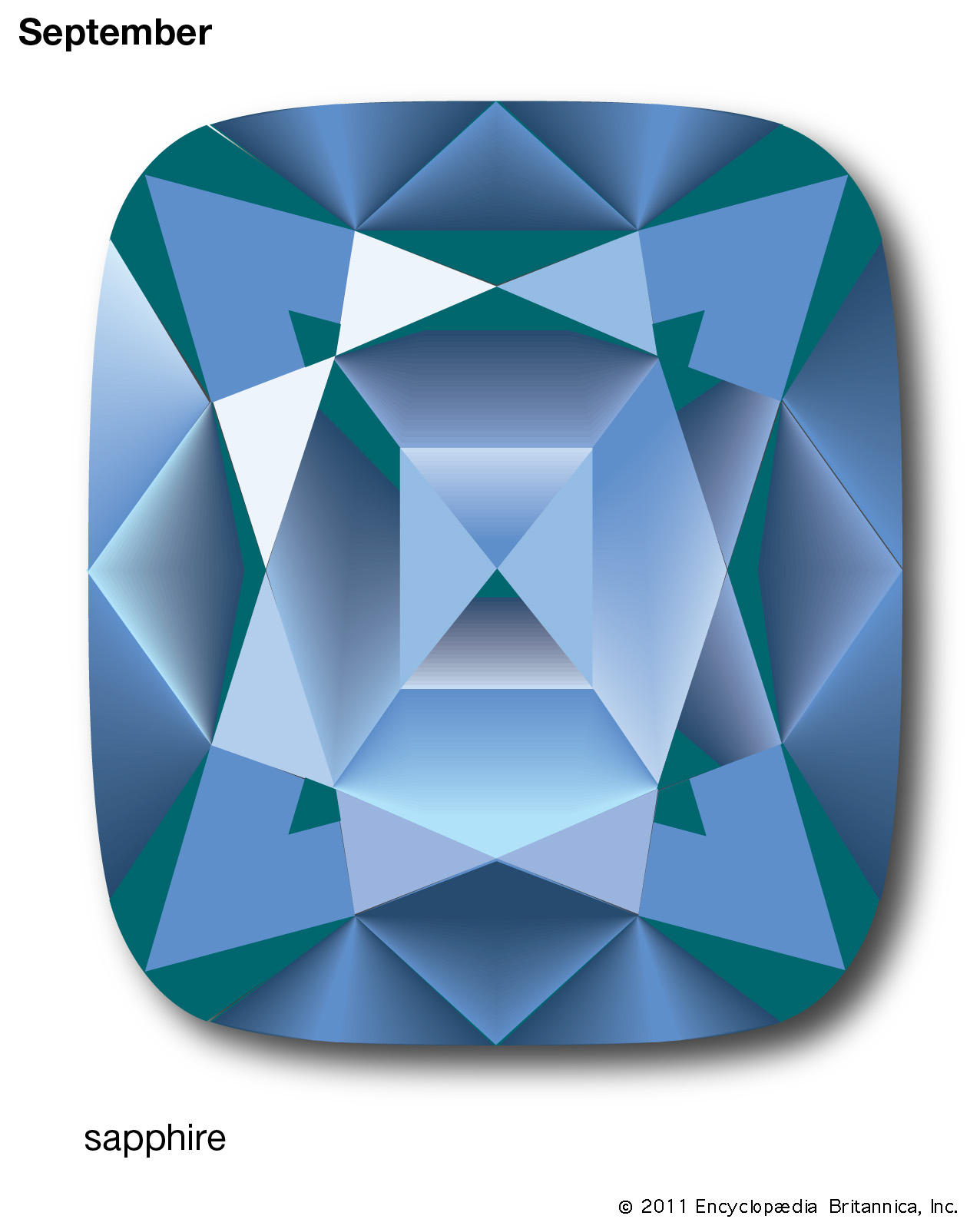 The opal is unique to the other birthstones due to it’s pearlescent patterns that are almost metallic in colour.

Many believe that it is unlucky for those who aren’t born in October to wear this stone and is associated with luck and magic.

This variety of crystallized quartz is known for its earthy hues that range from a deep red to an orangey-brown colour.

It is often referred to as the stone of abundance and is said to attract wealth and prosperity.

One of the oldest stones in the world, the turquoise is known for its opaque blue colour and has been used in decorative jewellery for thousands of years.

Due to its strong opaque colour, the stone is often thought of as one of protection.

Where can I buy birthstone jewellery?

Pandora has a huge collection of gorgeous birthstone jewellery including rings and charms.

We love the heart-shaped birthstone charm, costing £30, that would make the perfect birthday gift with that added personal touch.

The jeweller has an enormous range of rings, pendants, bracelets and earrings dedicated to each and every birthstone.

Its helpful guide will help you identify your birthstone before guiding you through the products on offer for each month.

Beaverbrooks is another shop to offer a guided tour of the twelve birthstones with shoppers then able to shop the collection for each stone.