Home » Fashion » We’re a family-of-eight & live in a double decker bus to save money, people want to know where we sleep & about the loo 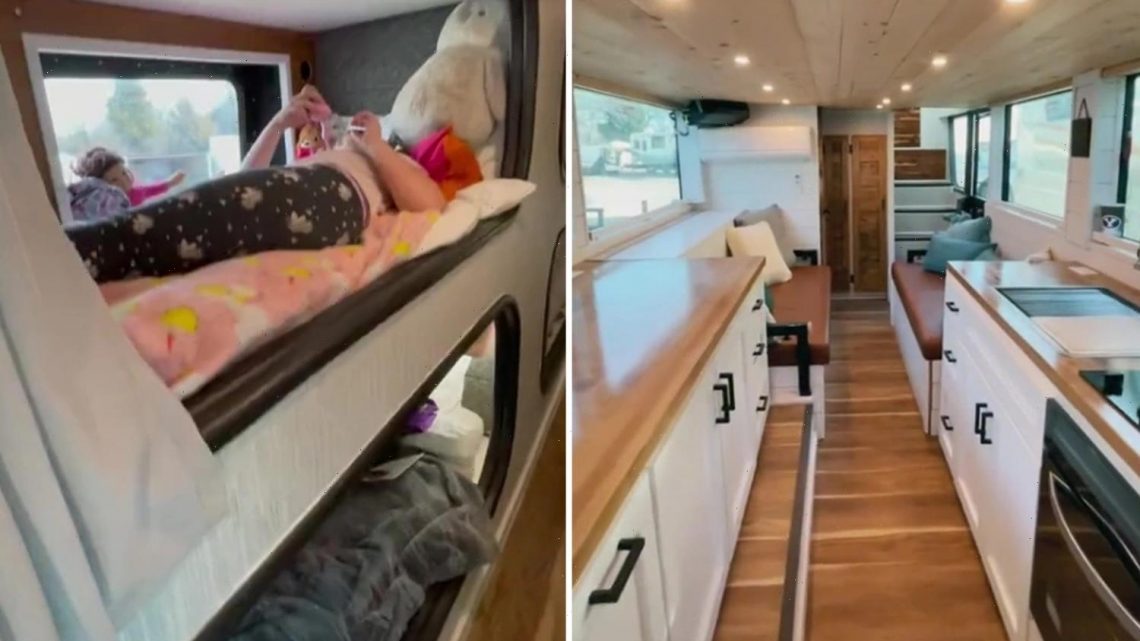 We’re a family-of-eight & live in a double decker bus to save money, people want to know where we sleep & about the loo

WHEN you are a family-of-eight it must be challenging at times to live under one roof, so imagine if your home is a double decker bus. 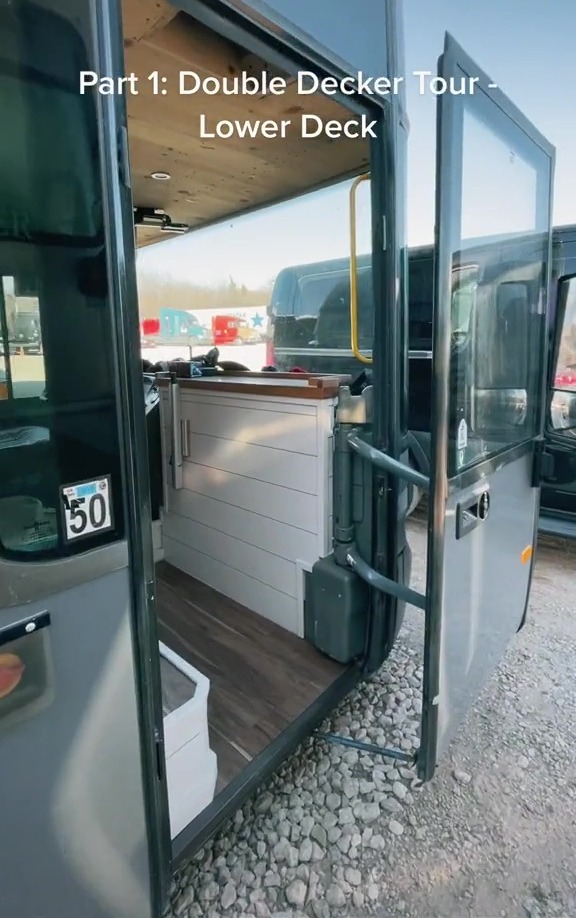 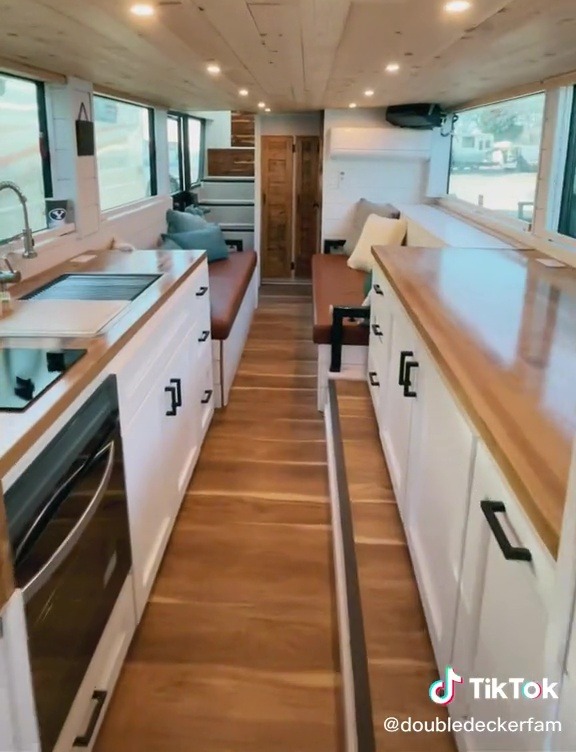 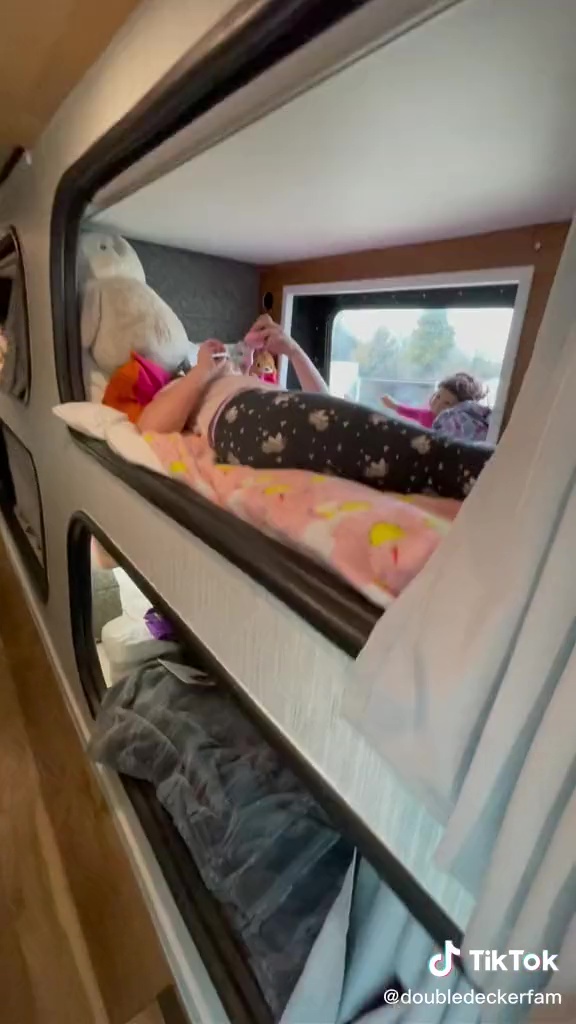 The adventurous couple bought the bus in September 2020, and transformed it into a roaming family home so they could tour round the United States.

The home now has six sleeping pods but can sleep 10 people, and also has two bathrooms including an onboard shower.

Dad Dane took to TikTok to give fans a tour around their home-on-wheels – which will be their main pad for two years while they spend approximately two weeks in each State.

He said: “Here’s a tour around our roaming, not-so-tiny home which was formerly a megabus that we’ve converted.

“The front of the bus not only is our cockpit but also converts into our home office.

“Behind the office we have our commercial grade fridge and freezer. 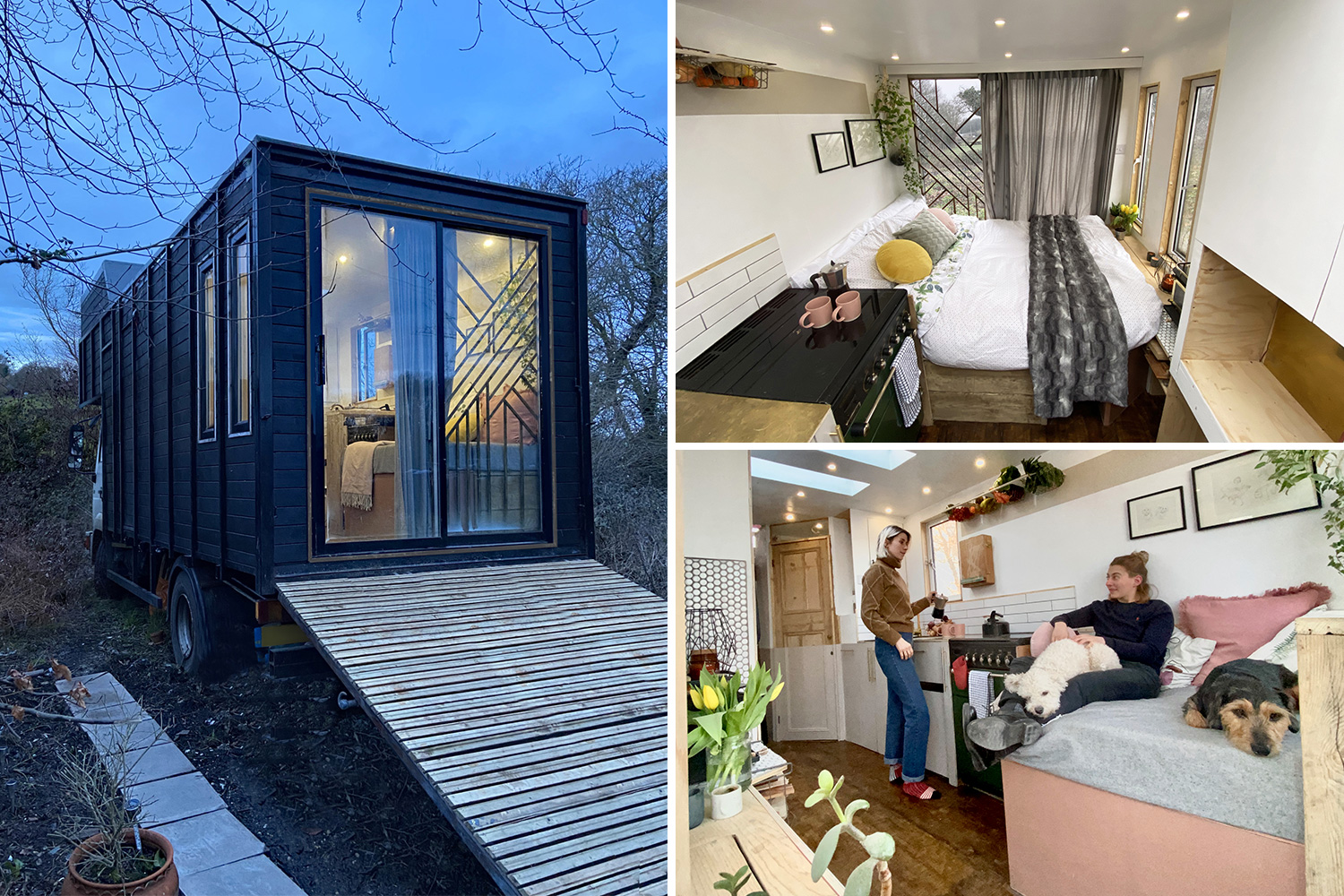 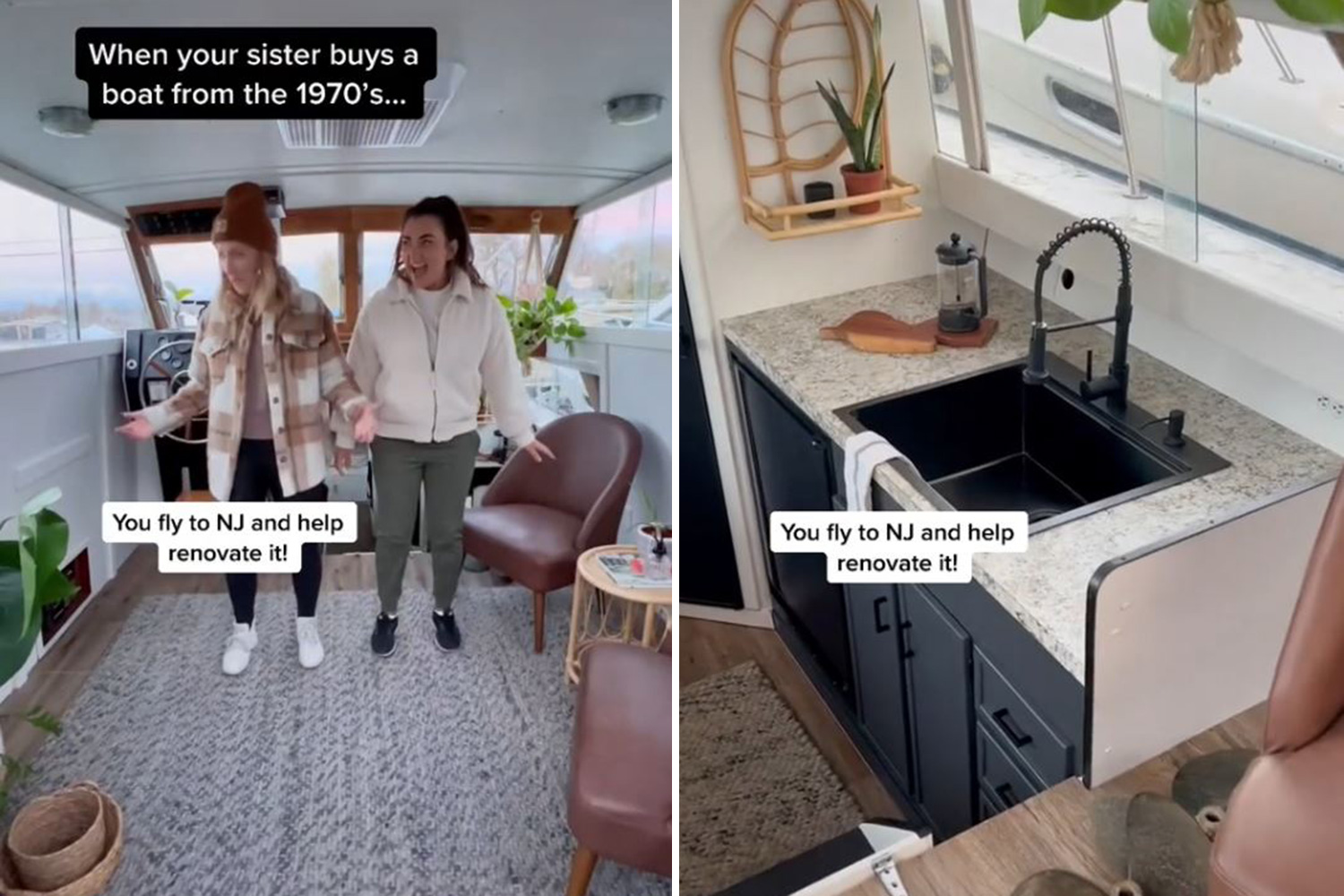 “Then we have our full kitchen with rotisserie oven and two-burner induction stove.”

He also showed the numerous storage space in the kitchen, and how the sink doubles up as a chopping board and draining area.

Dane, who supports the family as a freelance consultant for tech start-ups, added: “The backs of the seats pull forward to become our dining room table.”

The tour continued upstairs to the bedrooms, and he pointed out the shower at the top of the steps.

I looked at Azaylia & knew this was day she would die, reveals mum Safiyya

Showing where he sleeps with wife Deena, Dane said: “At the front of the bus we have our master bedroom with full size king bed and dresser.

“The headboard folds up to create a separate room at night but during the day can be part of the playing area for the kids.”

Dane explained how he wanted the kids to have their own space in the bus, so his and Deena’s bed is the only one that converts into something else during the day.

He added: “At the back of the bus we have six bunk pods so each kid has their own private space.

“Behind the bunks are closets for the kids’ clothing.

“We also have a second bathroom up here.”

The family use the 20ft roof, with adjustable sides, as an extra lounge spot for movie nights, star-gazing or even sleepovers.

Many people were highly impressed with the set-up with one saying: “Best large family build ever.”

Another added: “Living my dream.” 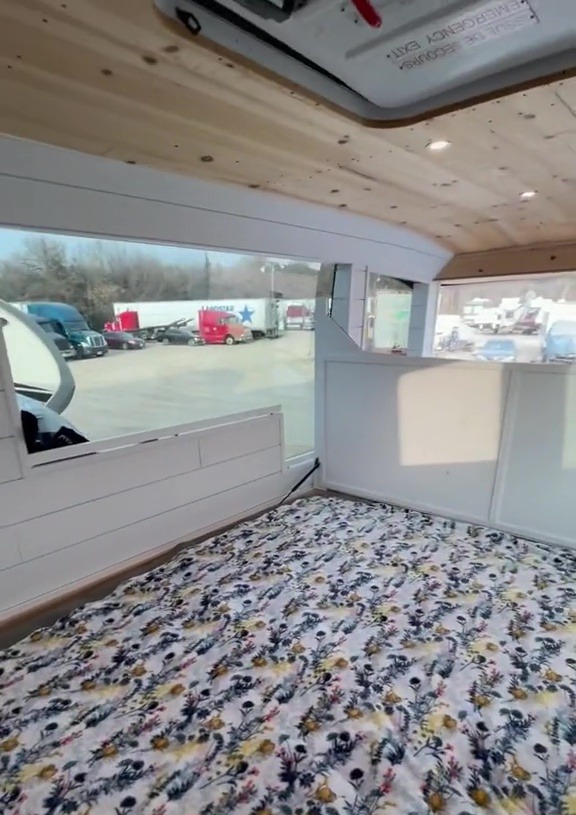 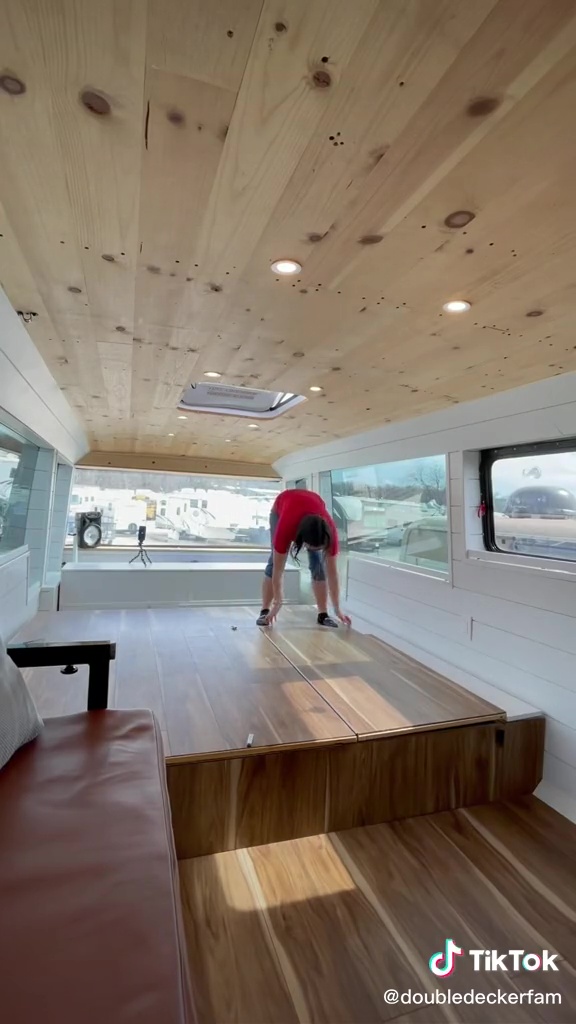 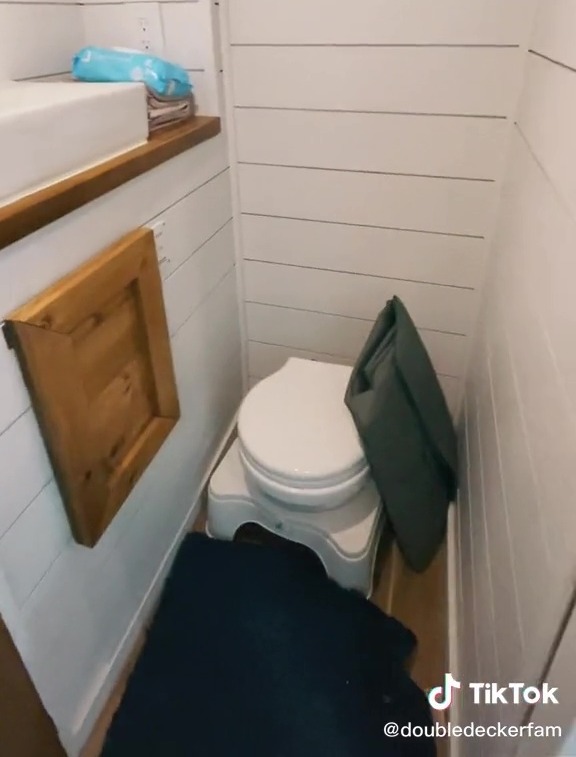 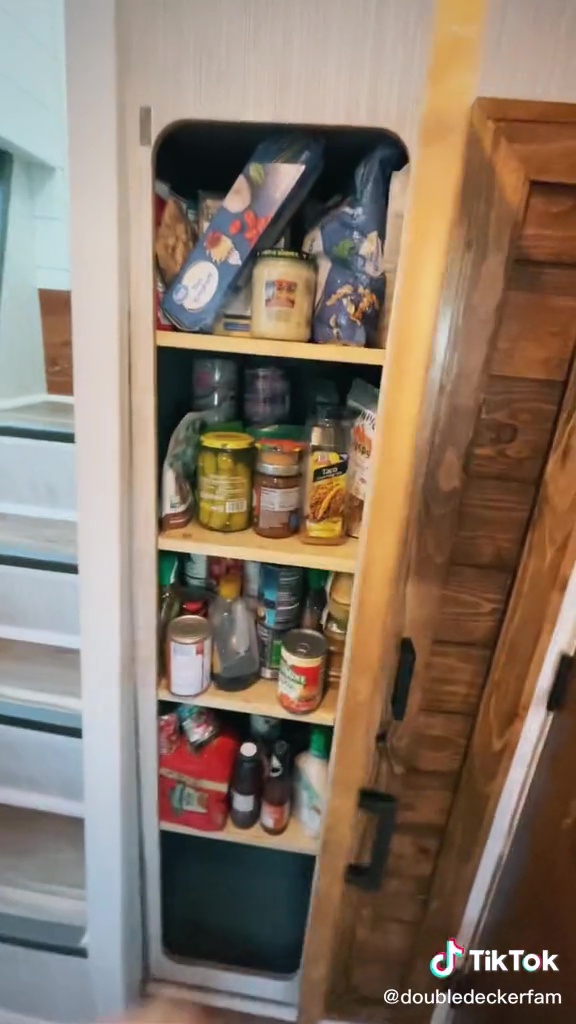 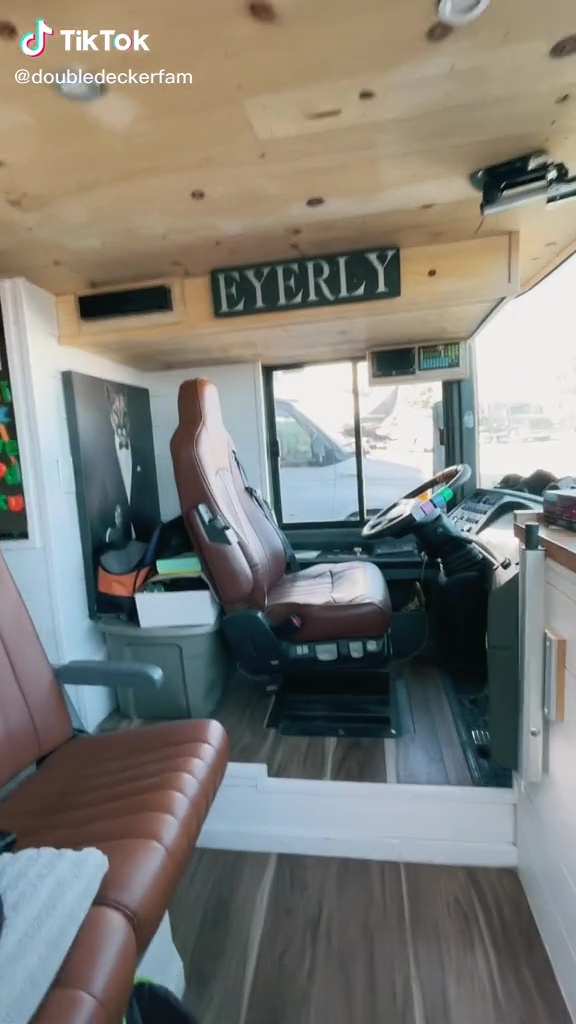