Home » Fashion » We made £160k by turning the worst house on the street into the best, we learnt DIY on YouTube & regrouted when pregnant 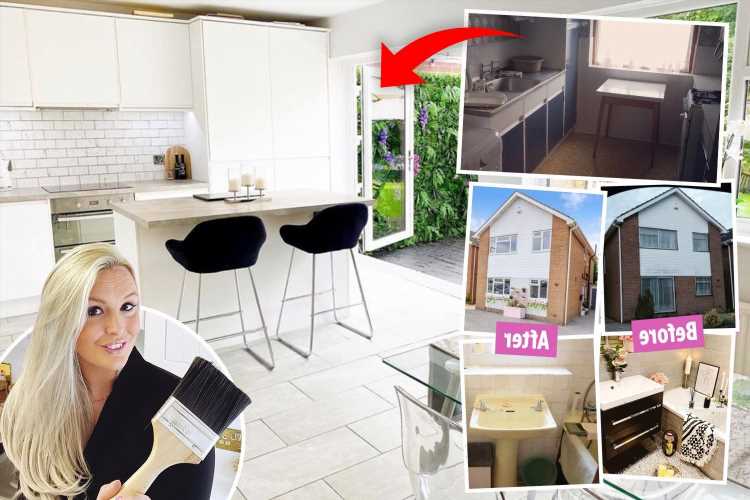 We made £160k by turning the worst house on the street into the best, we learnt DIY on YouTube & regrouted when pregnant

KNEELING down, Becky Lane was determined to finish grouting the kitchen floor – even though she was eight months pregnant.

The events planner, now 34, and her husband Adam, 33, wanted their fixer-upper home sorted before the arrival of their baby daughter back in June 2016. 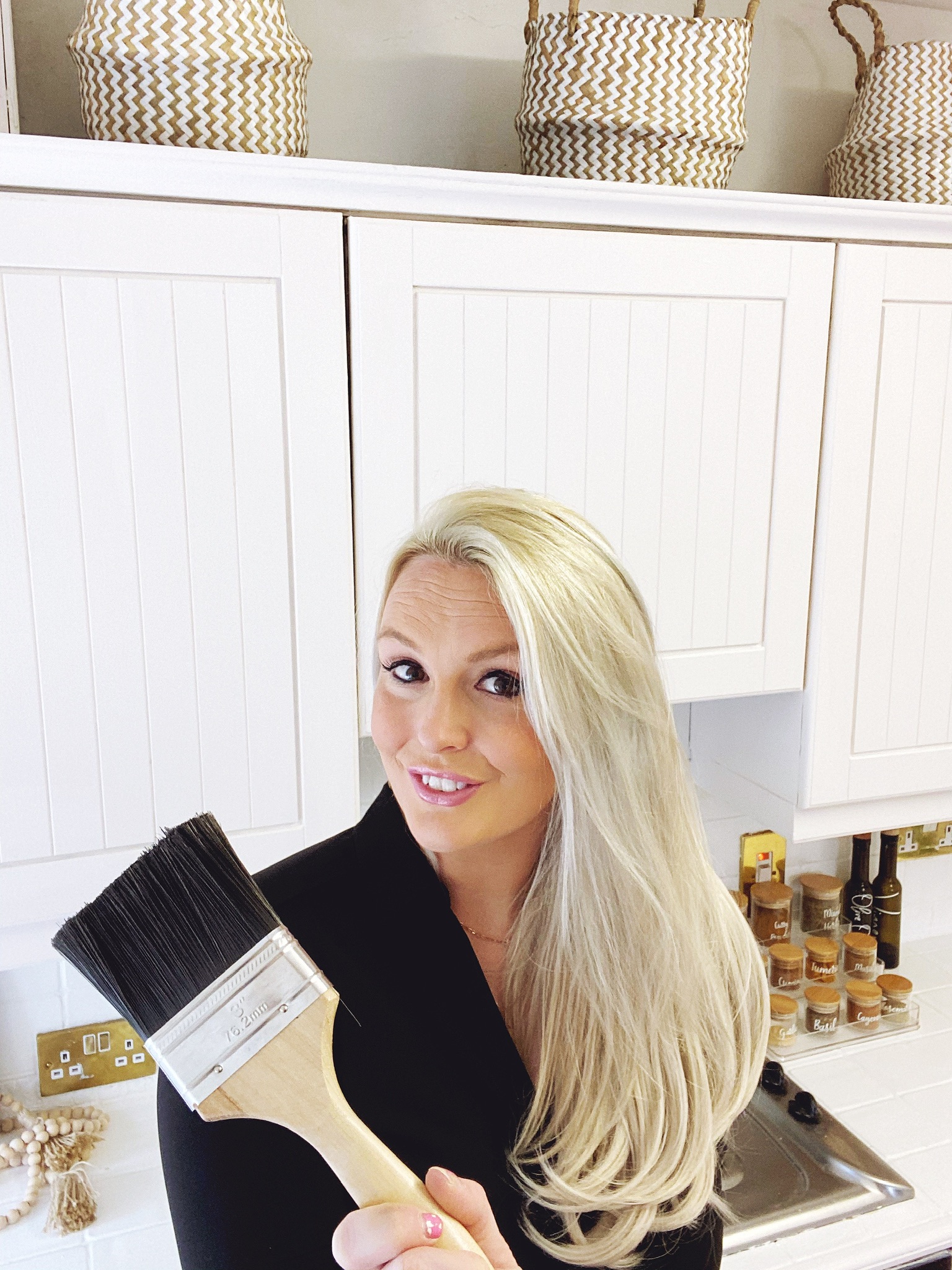 Their plan to do up the house as cheaply as possible then sell it on for a profit has paid off — handsomely.  They recently offloaded the four-bedroom detached house in Bromley, South East London, for £680,000, a £160,000 gain on what they paid in May 2015.

They are now in the process of transforming a third property — a £610,000 bungalow in Surrey. And though Becky says she would have struggled to assemble flat-pack Ikea furniture a few years ago, they now do most of the renovations themselves.

She says: “We always look for the worst house on the best street — somewhere with the potential to earn us money. Somewhere with really good schools and transport links is really important.

"We both moved back to our family homes and saved up £10,000 each to get the deposit for our first flat. We’re definitely not rich kids. I was saving every penny I earned.

“When we did up the place, we didn’t have kids but we missed out on so much of our social life, like holidays with friends. When we made that money, it gave us the push to say, ‘This is what we’ll do moving forward’. 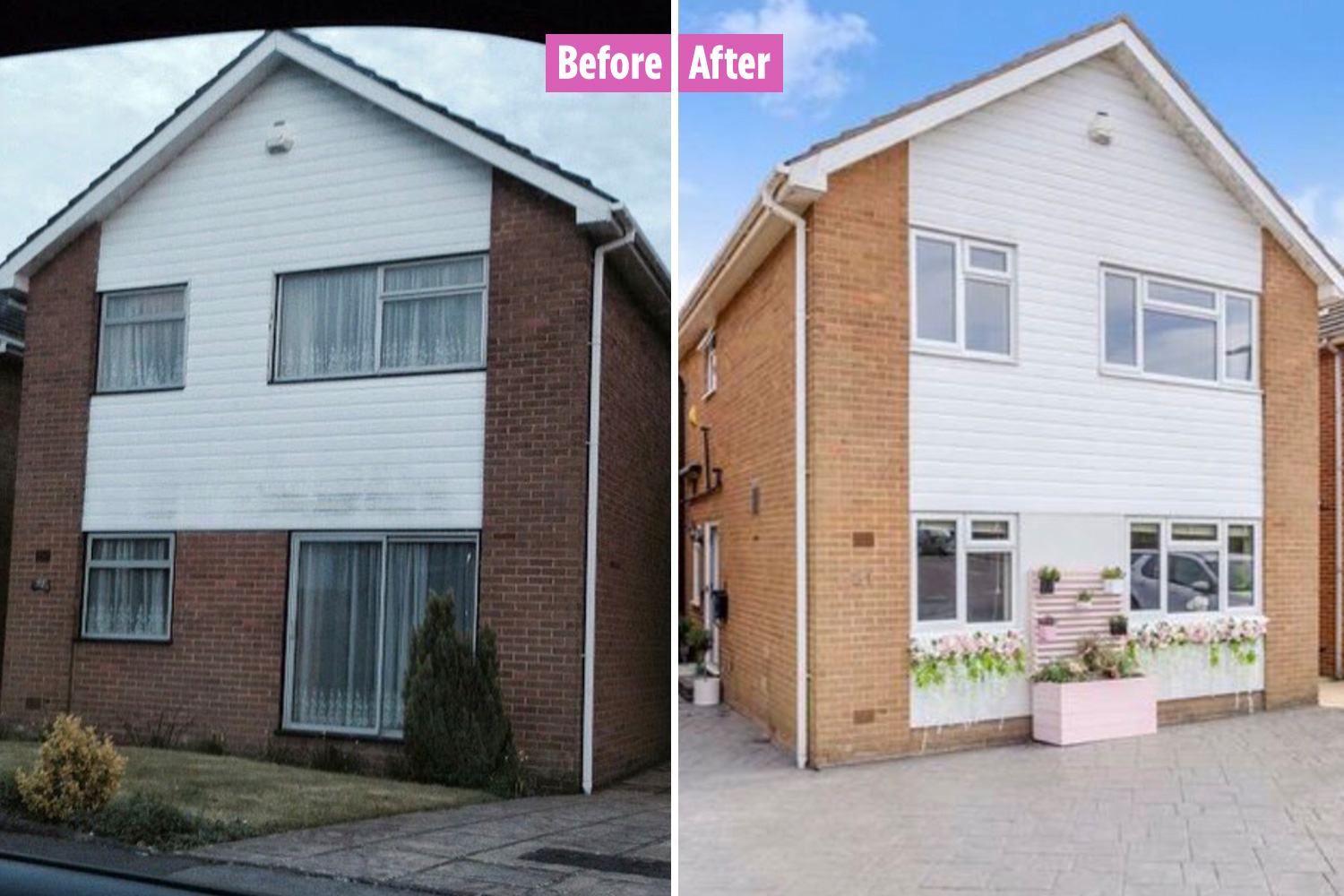 “We used the profit from the flat as a springboard. Without it, we’d never have been able to afford the deposit on the Bromley house. We did that up and cashed in.

“We added £160,000 to the value of the second house we bought, the one in Bromley, after spending £30,000 and doing 18 months of work on it. We ripped out the whole house. It had crazy carpets and an avocado bathroom suite. It hadn’t been touched in decades. When we were pulling up the carpets there were newspaper articles from the Sixties underneath.

“We did the rooms one at a time. We moved the kitchen from the front of the house to the back because in modern places everyone wants to walk from the kitchen straight into the garden. We knocked into the dining room to make an open-plan kitchen but we did nothing huge — we didn’t build an extension or do a loft extension.

"It was mainly cosmetic, changing the bathroom, a bedroom and the decor. Every spare minute we had, we were renovating. Adam and I both work full-time, so we’d work on the house in the evenings and all weekend — even when I was eight months pregnant.” 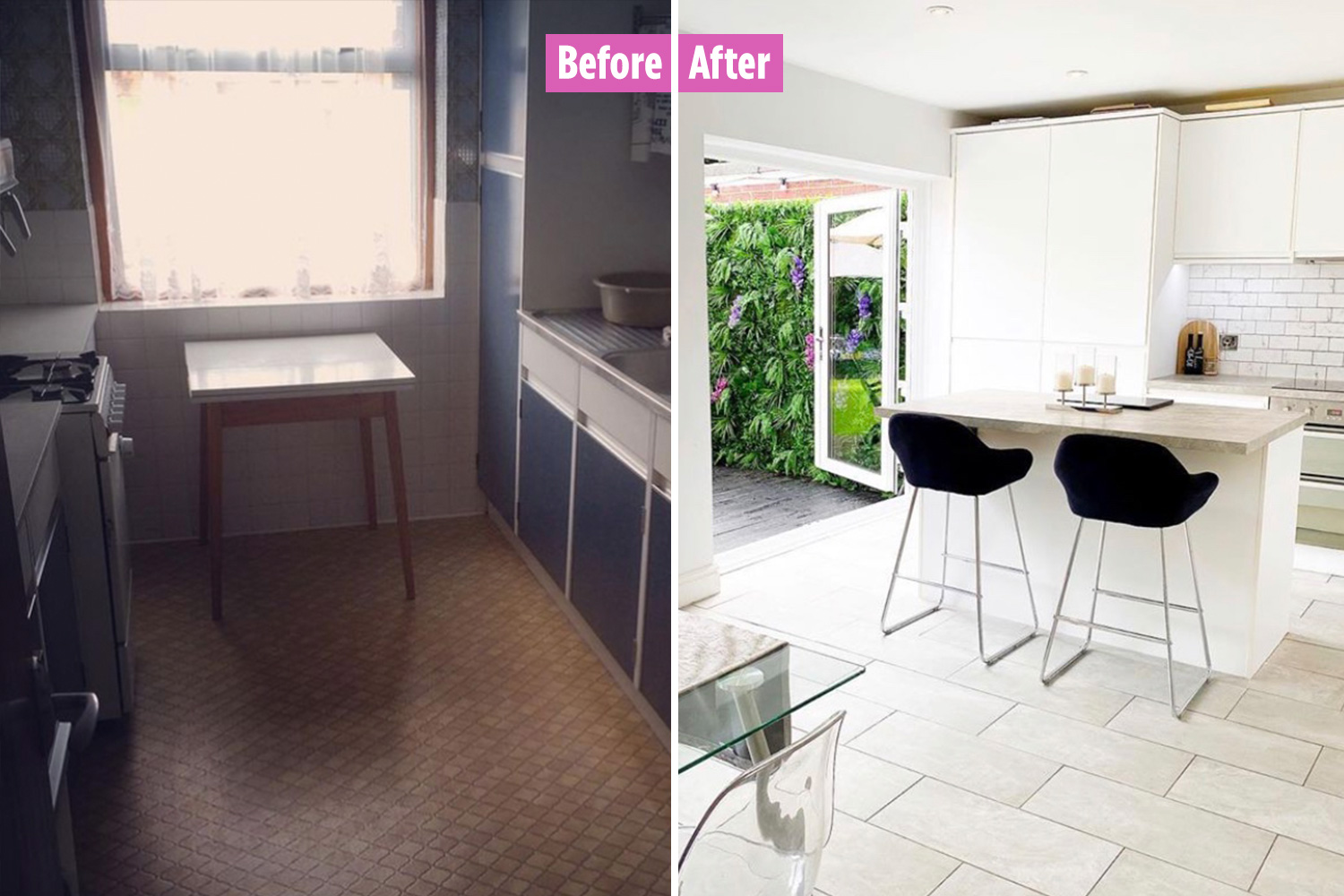 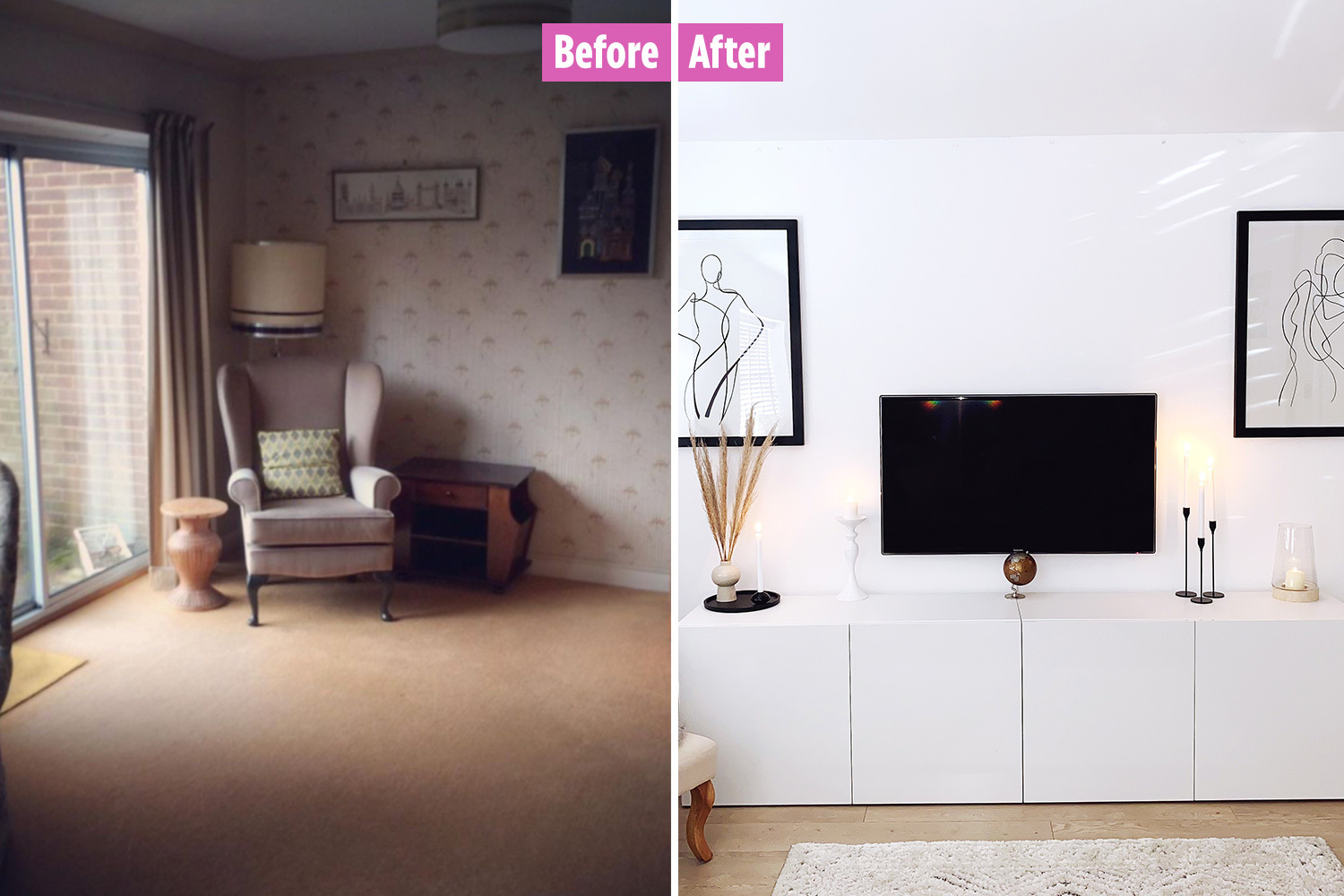 Becky and Adam don’t touch the plumbing or electrics themselves. But they do everything else, with the help of family and tutorials on YouTube. She says: “My brother-in-law is a carpenter, so he helped us fit the kitchen. That saved us a lot of money.  My dad showed us how to tile and we watched YouTube videos all the time. I have a can-do attitude and will try any project if there’s a video on it.

“For every room I’ll do a ‘mood board’ using wallpaper samples and make a Pinterest file I can keep going back to. If we can do this, anyone can. I refuse to pay for anything I can do myself. With all of these things, it’s about time. When the kids are asleep, we just do it.

I have a can-do attitude and will try any project if there’s a video on it.

“There have been so many nights where we’re tired from work and don’t want to do it. But if you don’t, it’ll never get it done — or it’ll cost you a fortune in labour.

“It’s hard with kids but in the long term the children will reap the benefits. In fact, they’re already benefiting. We’ve gone from a built-up area in London to living in the countryside in Surrey with horses riding past our window. 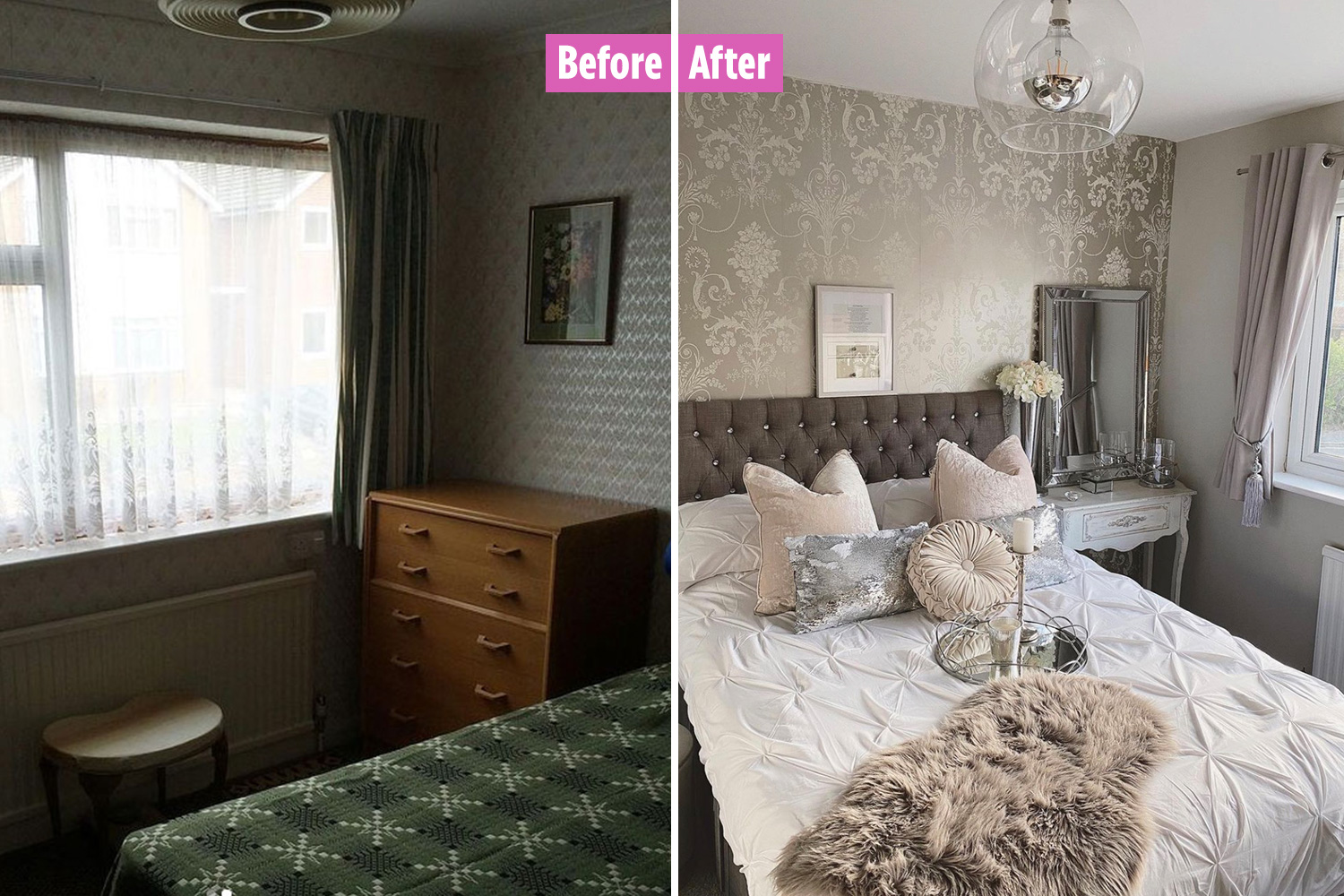 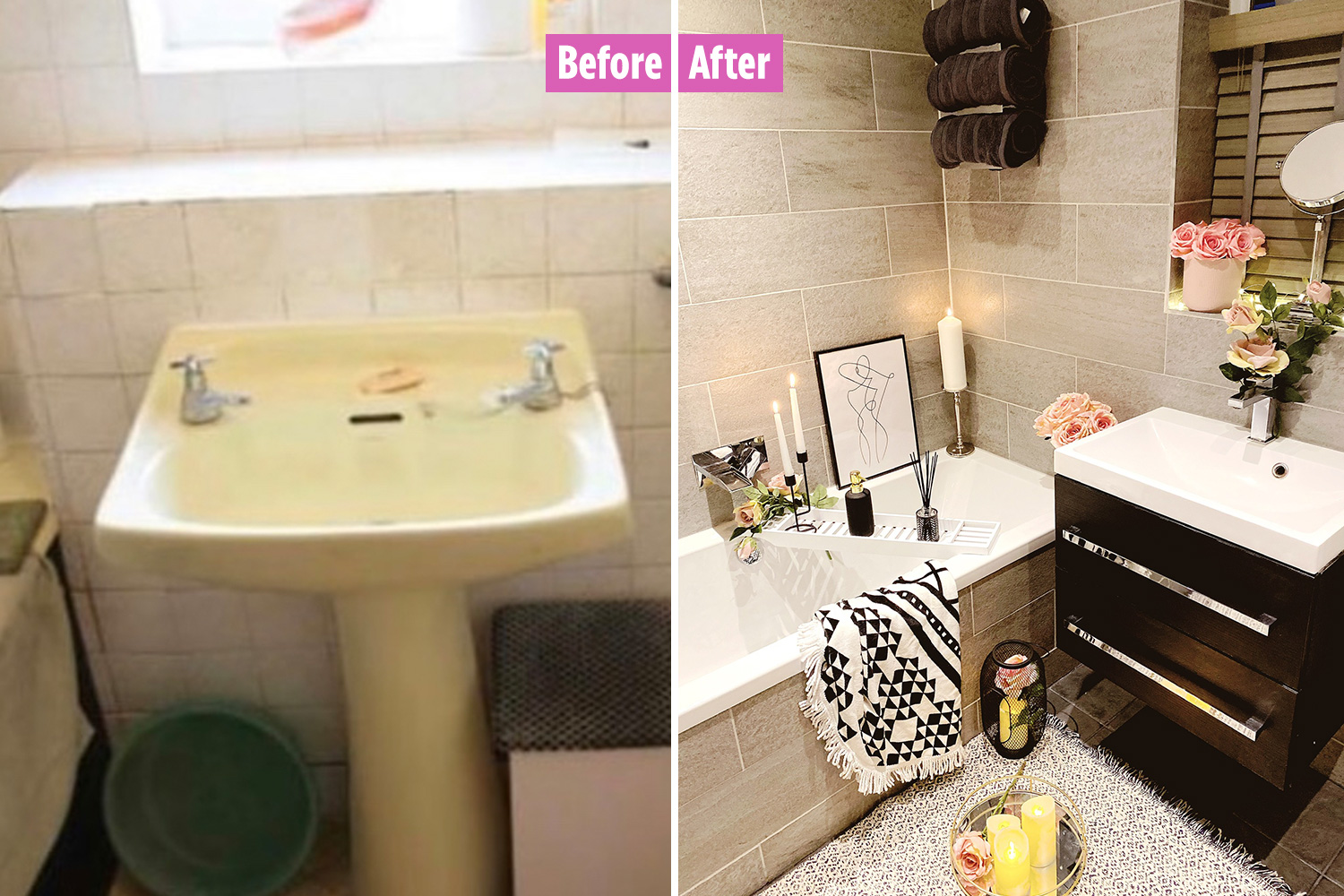 “It’s always a relief when you sell a place, knowing you’re finally getting rewarded for all the hours and money you’ve put in.”

Although they spent £3,000 on a Howdens kitchen, they bought most of their furniture from inexpensive retailers such as Poundland, The Range, B&M, Dunelm and Ikea.

If you’ve got a bottle of spray paint, you can upcycle anything.

Becky says: “I’d love to shop at places like made.com but we can’t afford it. You can get really nice pieces on the high street.

“Facebook Marketplace is so good for getting things cheaply. Then you can make them look better. My favourite upcycle was my Ikea dressing table. The unit was £80 and it cost £20 to do it up.

"We spray-painted the frame gold and put marble vinyl on it. It gave the room that ‘wow’ factor and wasn’t expensive. If you’ve got a bottle of spray paint, you can upcycle anything.

“I also love my swing chair. I bought a rope swing from B&M for £30, then got the frame from a rusty child’s swing for free on Facebook Marketplace and spray-painted it black to match. That would’ve cost about £100 and is a great replacement for an egg chair.

"Adam did a panel wall that changed the dining room into somewhere quite grand. It only cost £62 but we were quoted £500 by a professional. We don’t splash our money on anything other than the houses.” 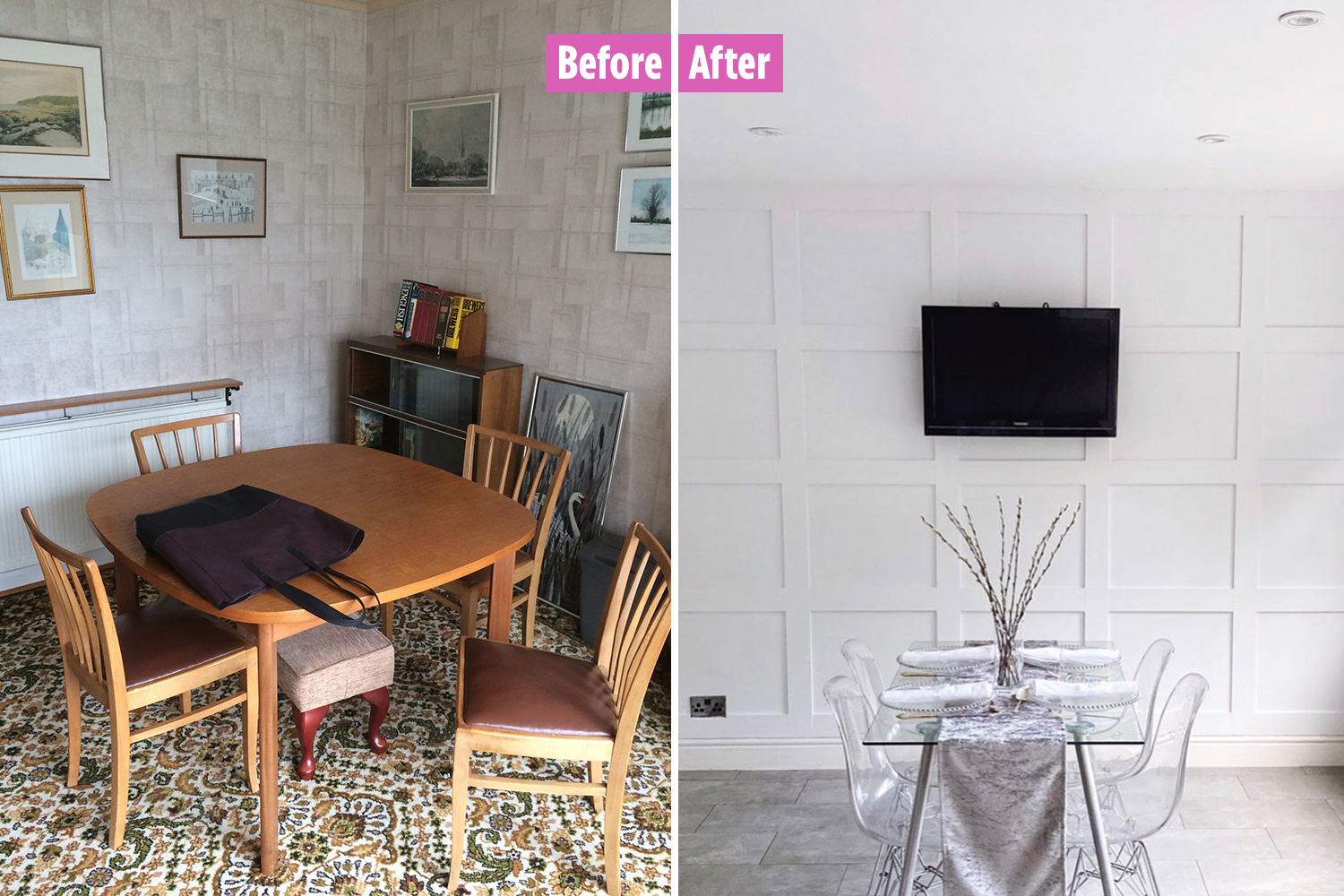 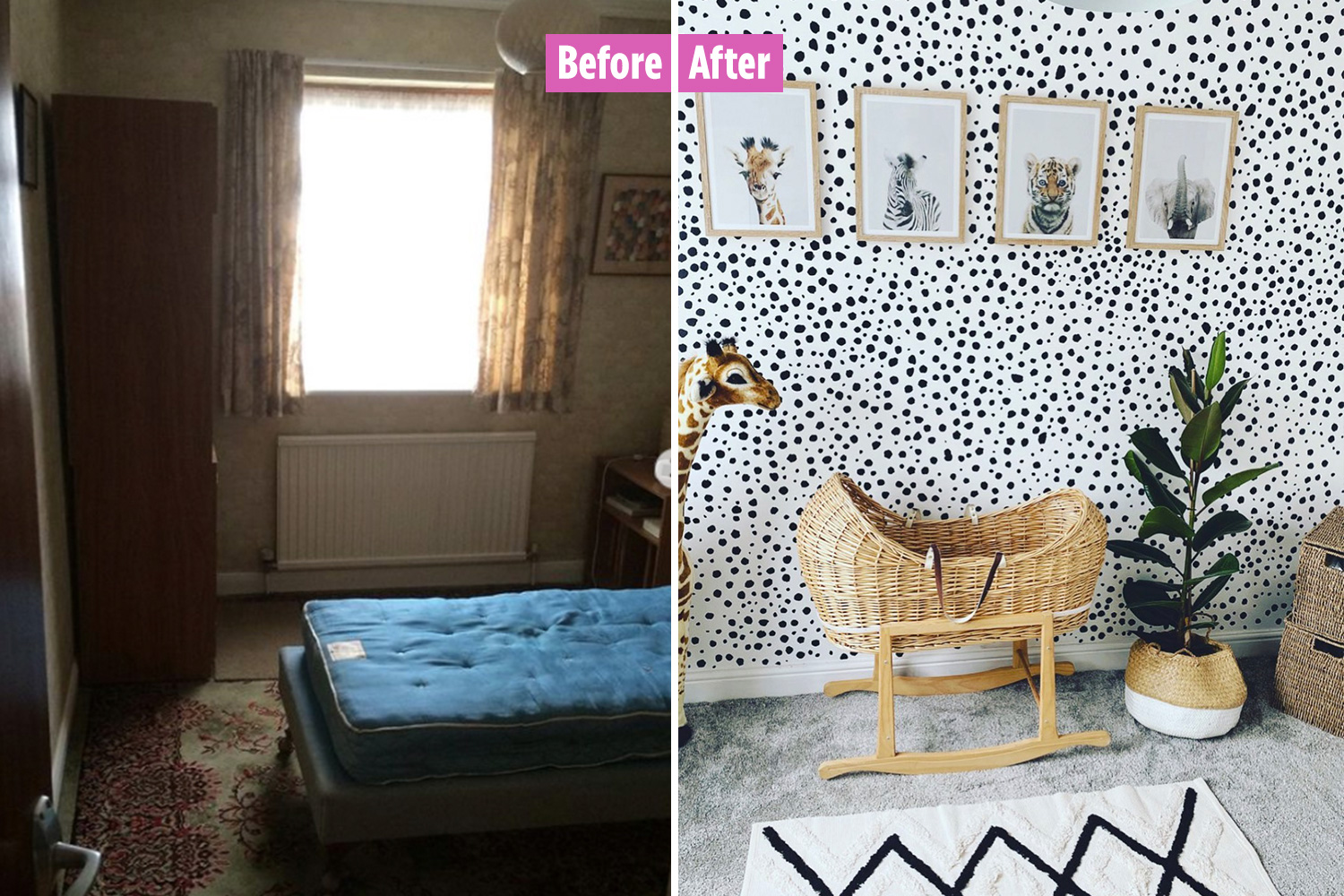 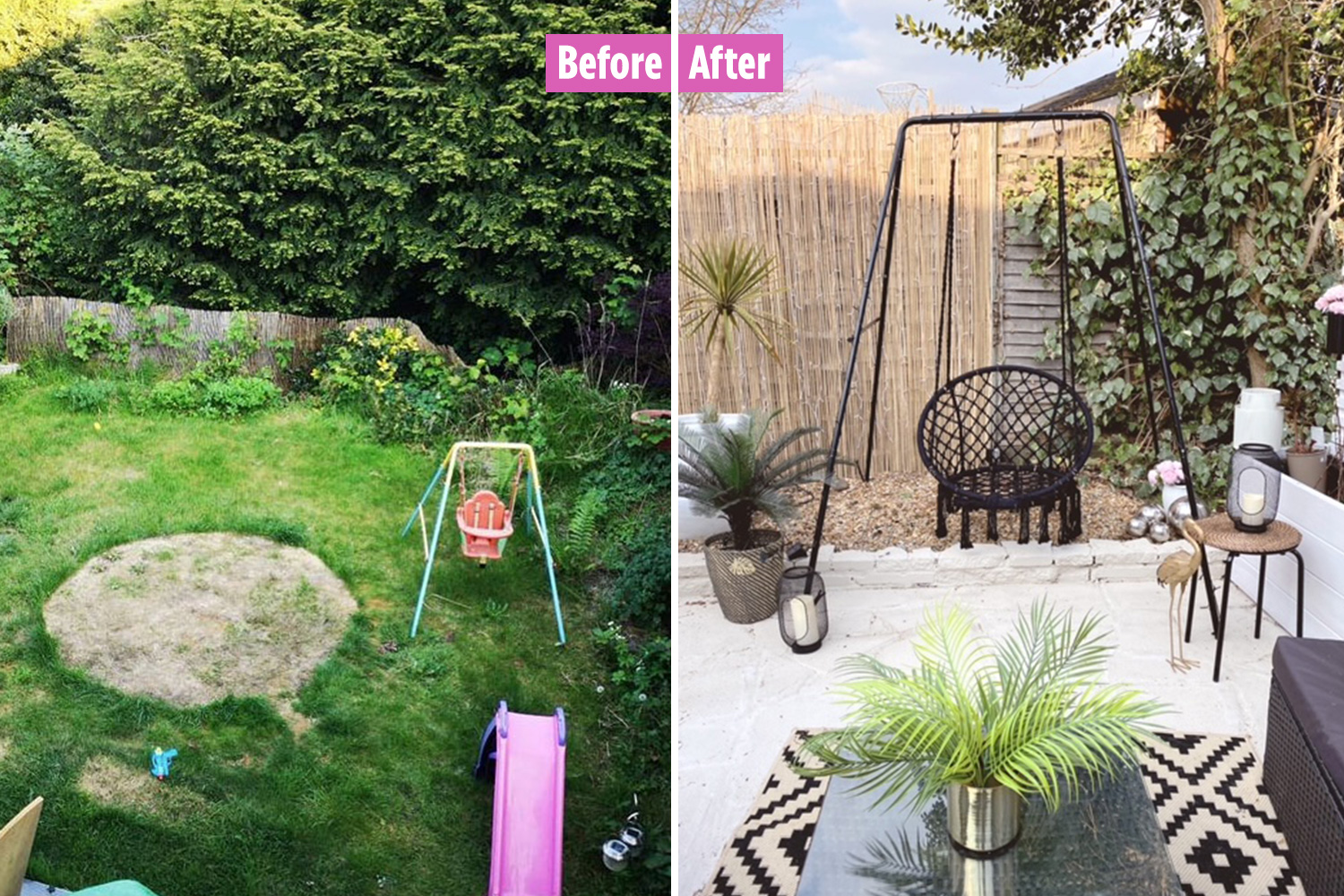 Their four-bedroom Surrey bungalow is “a real project”, they reckon. Becky says: “We’ve downsized but the money we saved will be used on the renovations, to do an extension and make it bigger than the place we had before.

“We’ve generated £270,000 worth of equity in six or seven years. There’s no way we would’ve achieved that by saving up. You’d have to be on astronomical money.

"We’re hopeful this is going to be our ‘forever’ home. I’ve got a vision and it’ll take a long time to get there — but I know we can do it.”

10 poisonous plants which you should be aware of