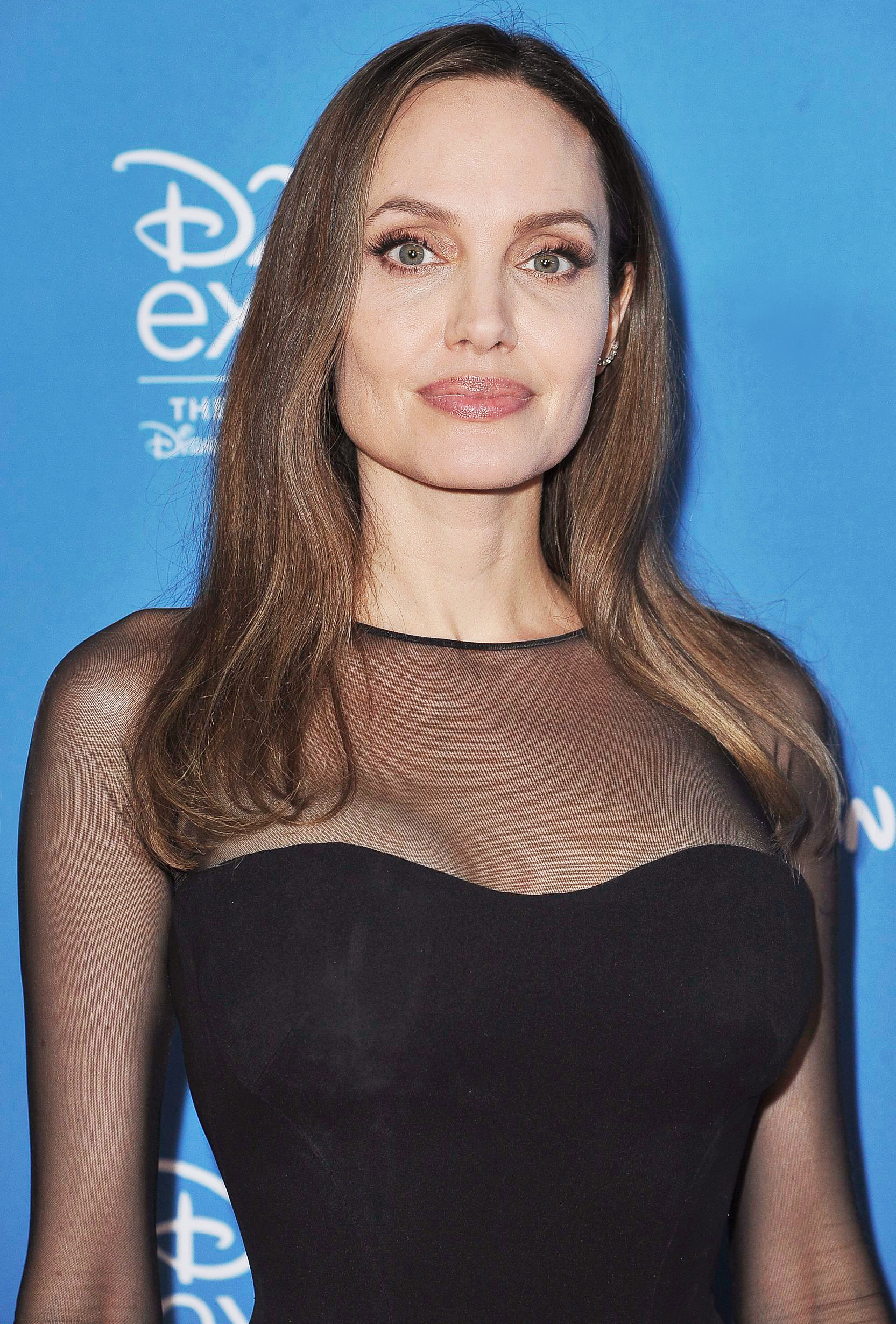 This week Disney Studios dropped a black and white video of the movie star getting into full hair and makeup to shoot the Sleeping Beauty spin-off sequel, Maleficent: Mistress of Evil.

During a 43-second time-lapse video, the movie’s star transforms before our eyes into the villain — albeit a beautiful one.

It starts with the 44-year-old shaking out her hair with a clean, makeup-free face before diving into the extensive process.

To begin, hairstylists twist the Academy Award-winner’s hair into two pigtail braids that they then pin up so they can fit her horn-adorned headpiece on.

While they do this, makeup artists are hard at work creating a smokey eye and cheekbones sharp sharp enough to cut glass. Although there is a bit of contouring done to get them, the makeup pro also applies prosthetics to achieve the dramatic effect.

The clip finishes off with Jolie popping in her fangs and a swipe of red lipstick appearing in color against the black and white.

During a round table back in 2014 while promoting the original film, the brunette beauty revealed that it took a while to figure out how to achieve the character’s look, specifically her headpiece.

There’s a Reason Why Midge’s Hair Doesn’t Change in ‘The Marvelous Mrs. Maisel’

“The creation of it took a little time to figure out how to do the horns and how to get them on my head and how to get them to stay,” Collider reported. She went on to explain the solution that we witness in Tuesday’s video, with the braids helping to hold them in place. She also noted that the costume piece itself was a bit tricky.

“We had different horns. At first, they were too heavy. And then, we got them softer. We had some that would snap off because I kept banging into things,” she said. “It all slowly came together.”

Adopting a dog is no walk in the park