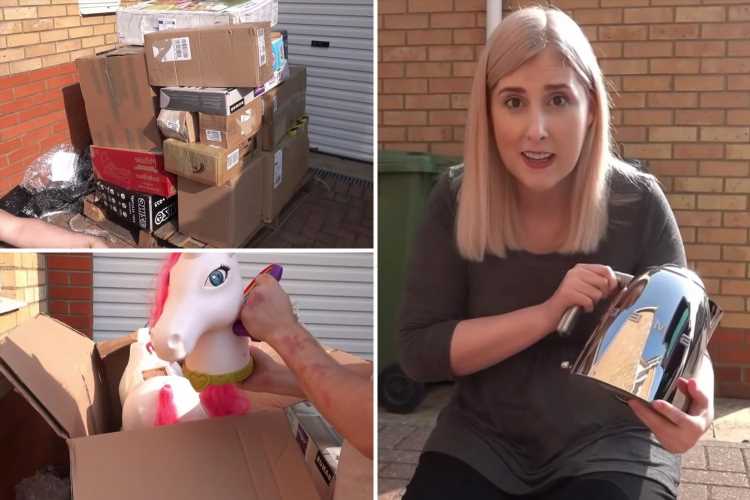 EVEN though we consider ourselves to be expert bargain hunters, we can't deny that there's an element of luck that goes into bagging the best sale finds.

Well instead of obsessively scoping out the latest deals on the high street, one thrifty mum has got us seriously considering buying a Very returns pallet. 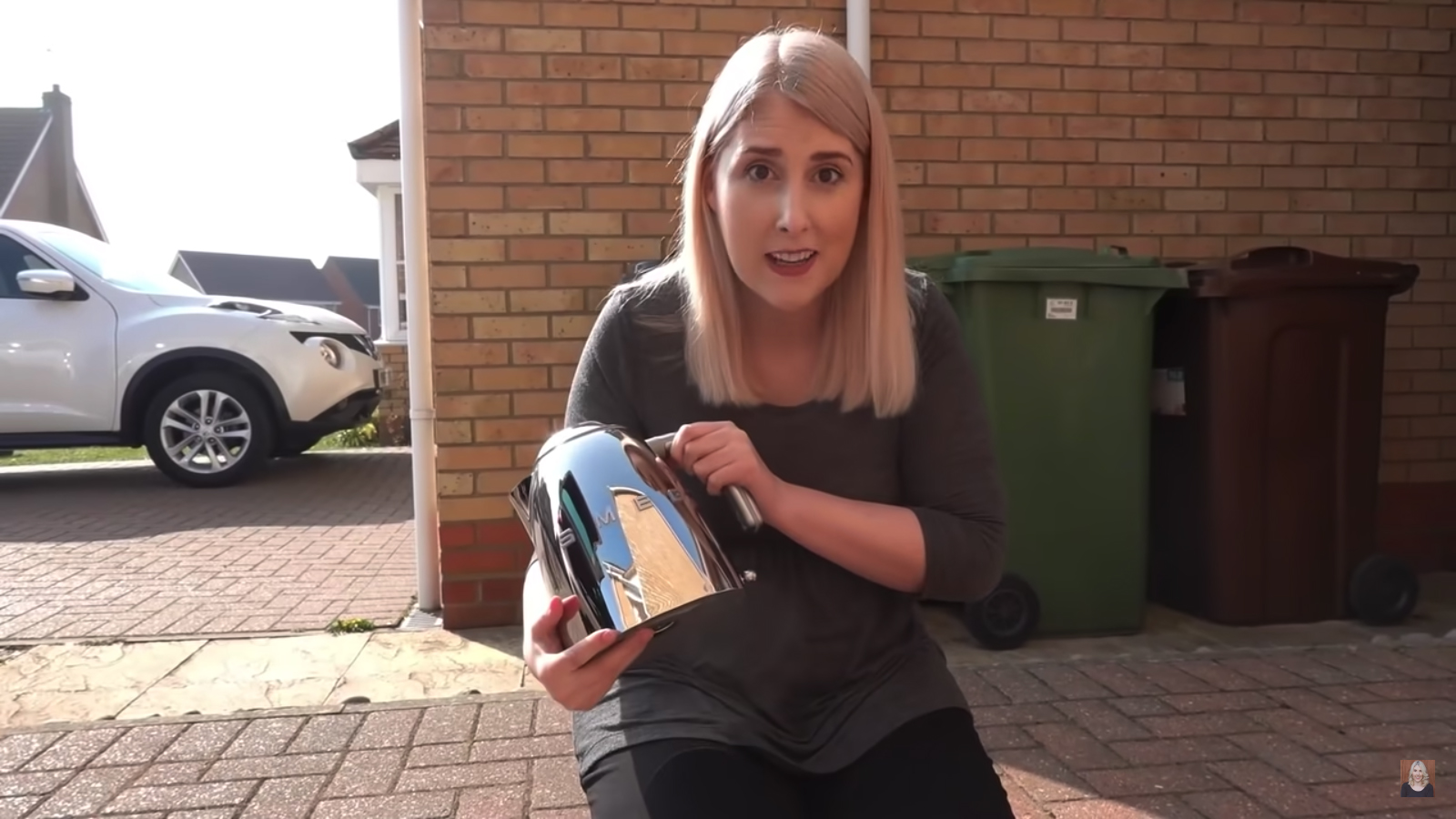 Over the weekend, mum-of-four Holly Smith explained how she bagged £1,300 worth of goodies after she bought a box of Very returns through Gem Wholesale for £272.

In an unboxing YouTube video, Holly and her partner Callum filmed themselves ripping open the parcels which included FOUR kettles, two toasters, a Unicorn ride-on and a £300 electric scooter.

After unwrapping the enormous pallet, the first thing Holly spotted was a chic £140 kettle – something she'd had her eye on for a while.

She said: "I've just opened the Smeg kettle and it looks brand new – and as you can see, the base is still in the wrapping. 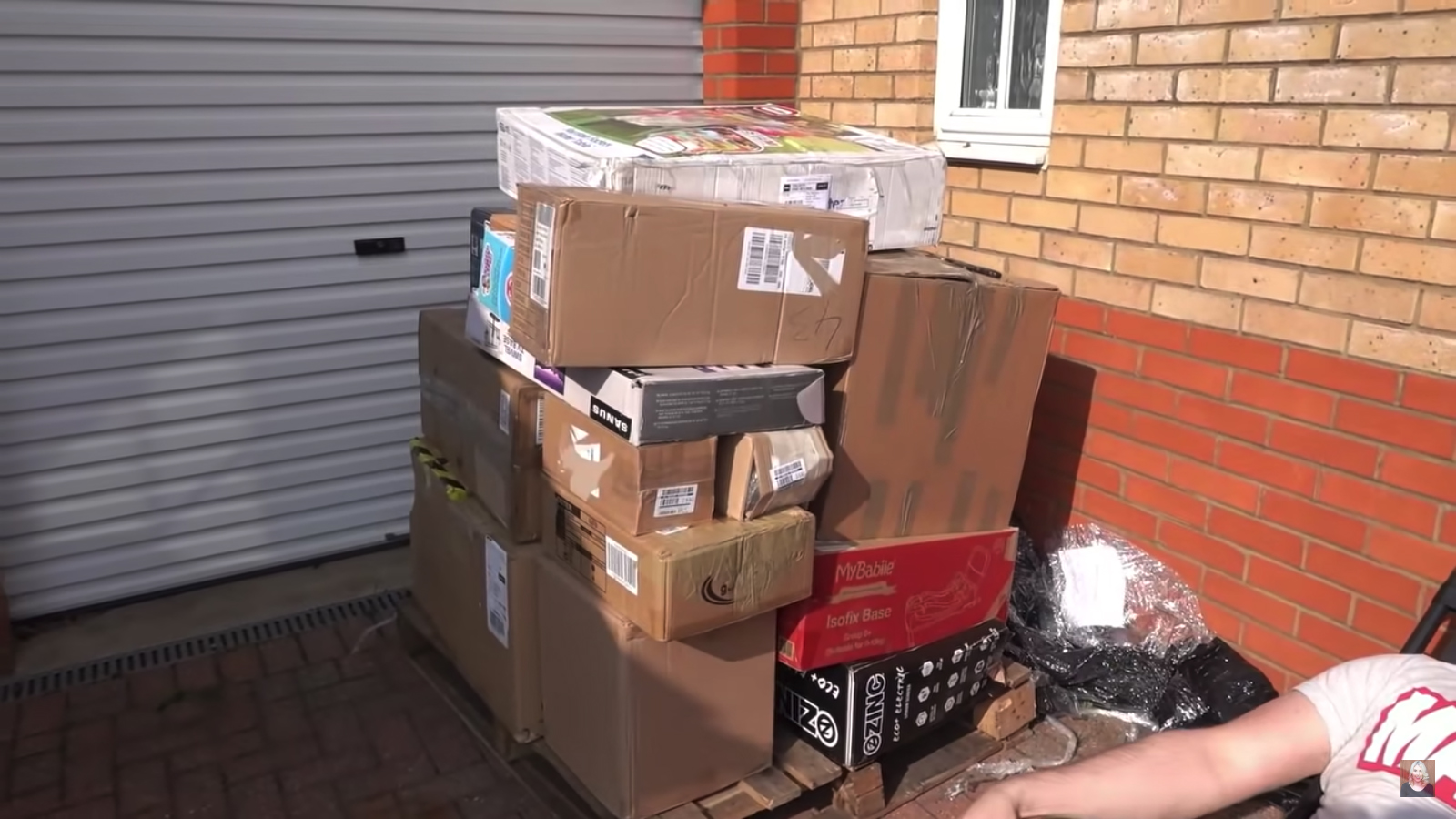 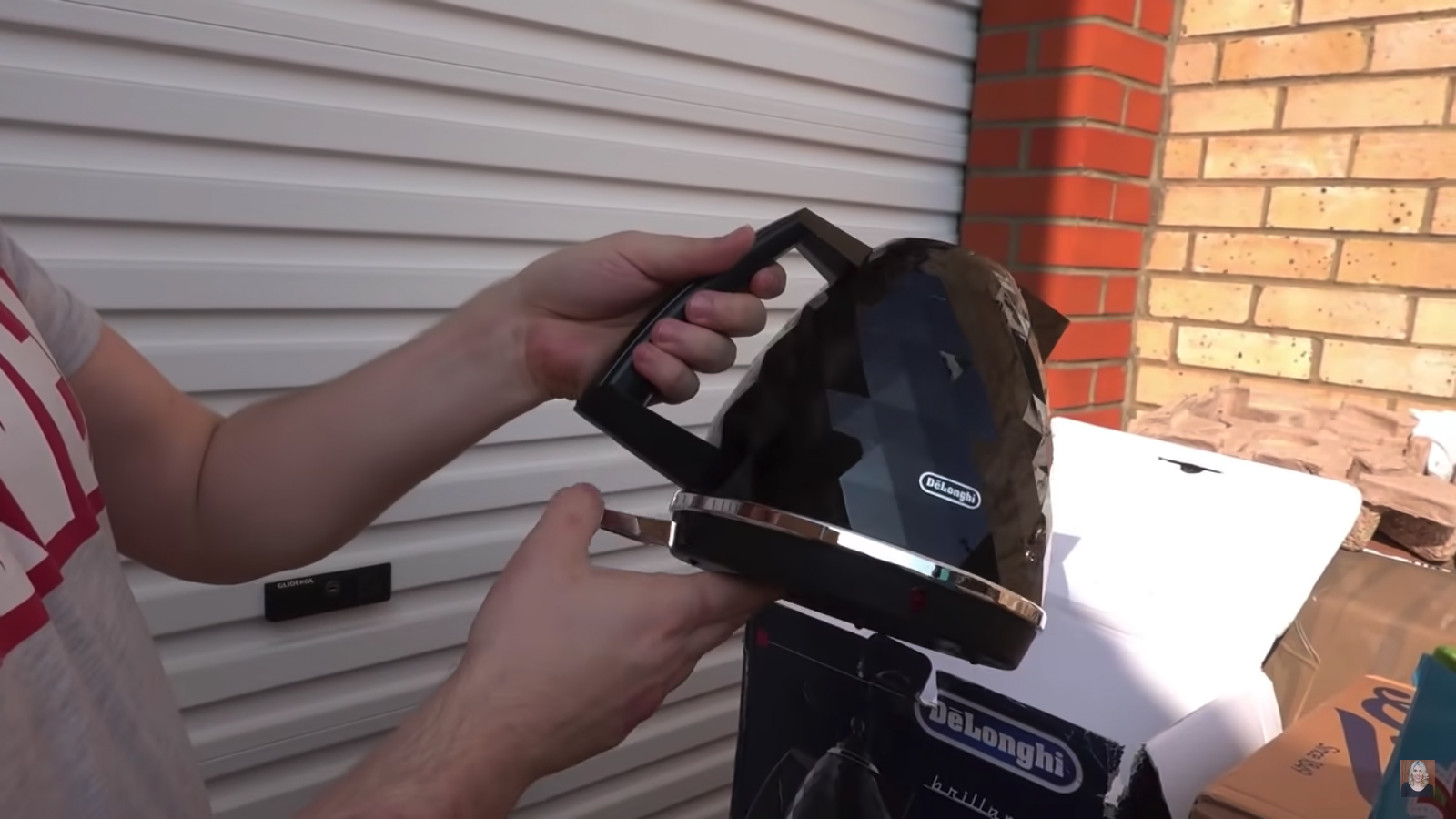 "I pray this works because I have been wanting a Smeg kettle for so long."

But as the assortment of products was totally random, the couple actually ended up with FOUR in total after unboxing a further two £40 Swan kettles and a £45 black geometric design from Delonghi.

On top of this, the cream Swan kettles came with two matching £35 toasters – which the couple said they'd try and sell in a car boot sale if they're in working condition.

What's more, the pallet contained plenty of treats for the kids too – including a £140 Feber Unicorn ride-on toy, a £20 pink Scuttle Bug bike, £20 Hey Duggee bus and a Little Tikes water table worth £60. 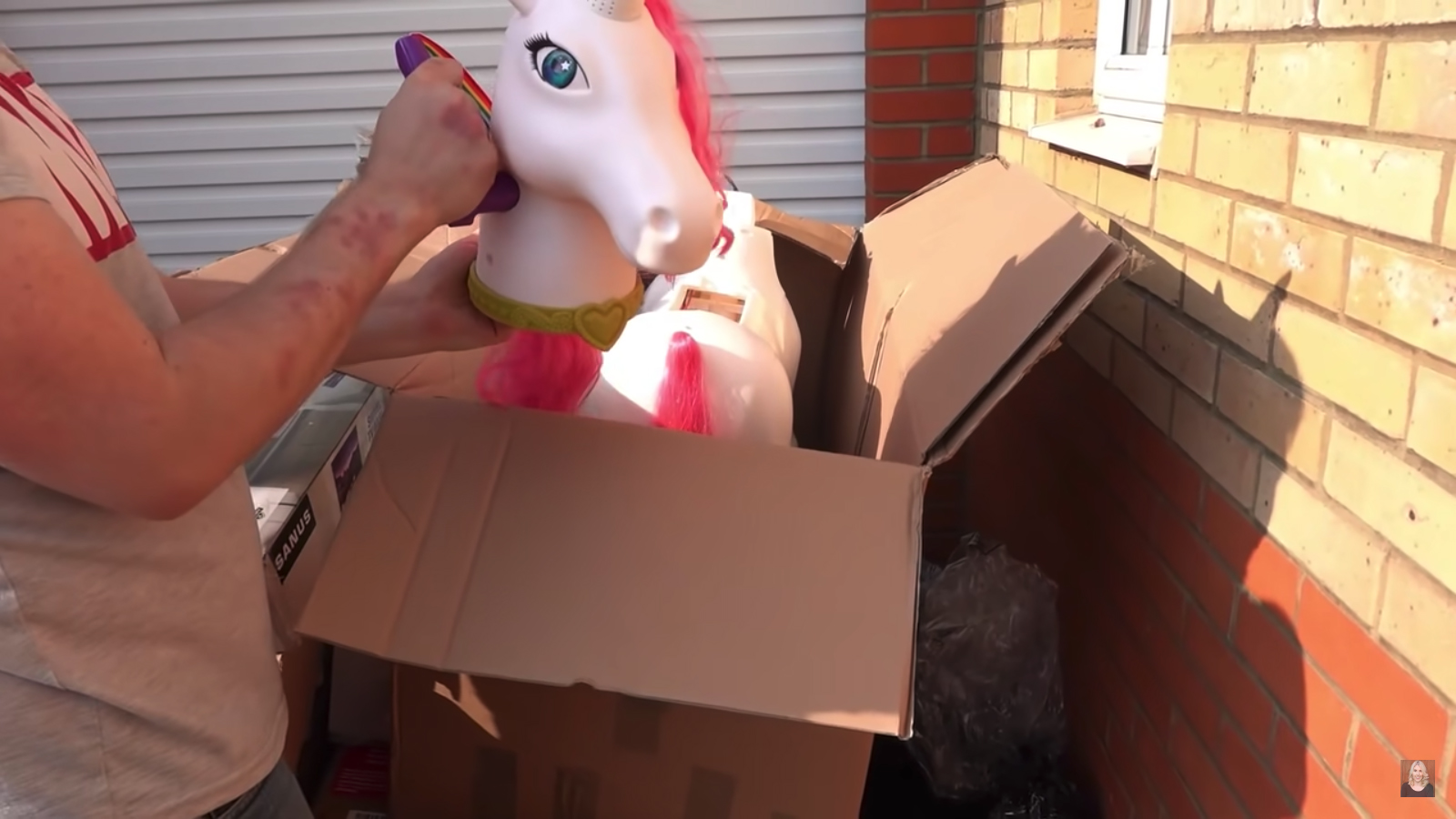 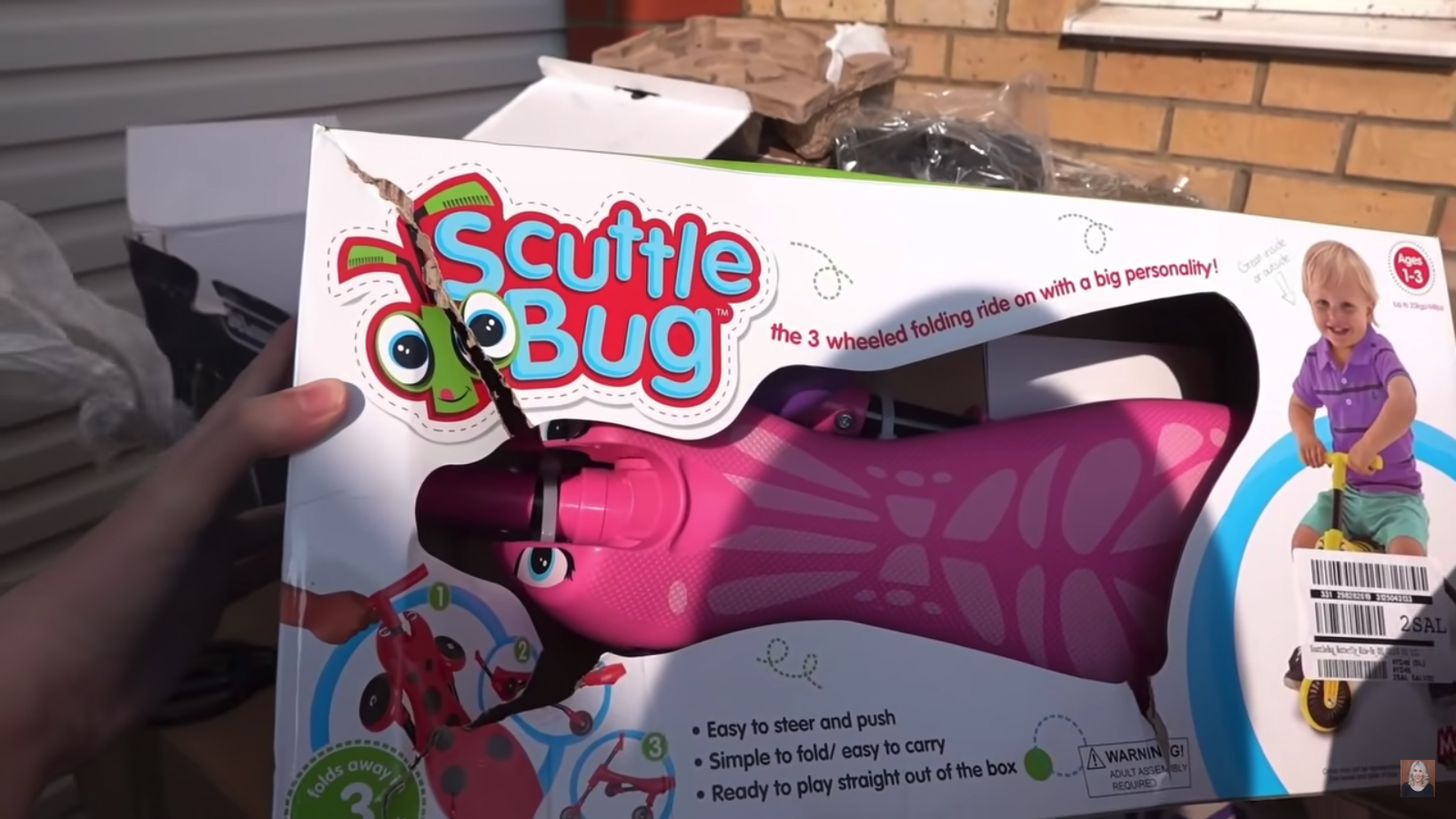 Gushing about the garden toy, Holly said: "It does look like all the parts are included but we're not sure if it works or not.

"Callum is going to put it together and fingers crossed it works because the kids would absolutely love this."

Meanwhile, the couple were also delighted when they discovered their new £60 Sanus swivelling TV stand which looked brand new.

The box of goodies also contained a £40 chandelier – which Holly joked would have been "too posh" for her to buy herself.

As for the garden, Holly and Callum got lucky when they unboxed some £30 decorative balls as well as a pretty £40 petal-print planter. 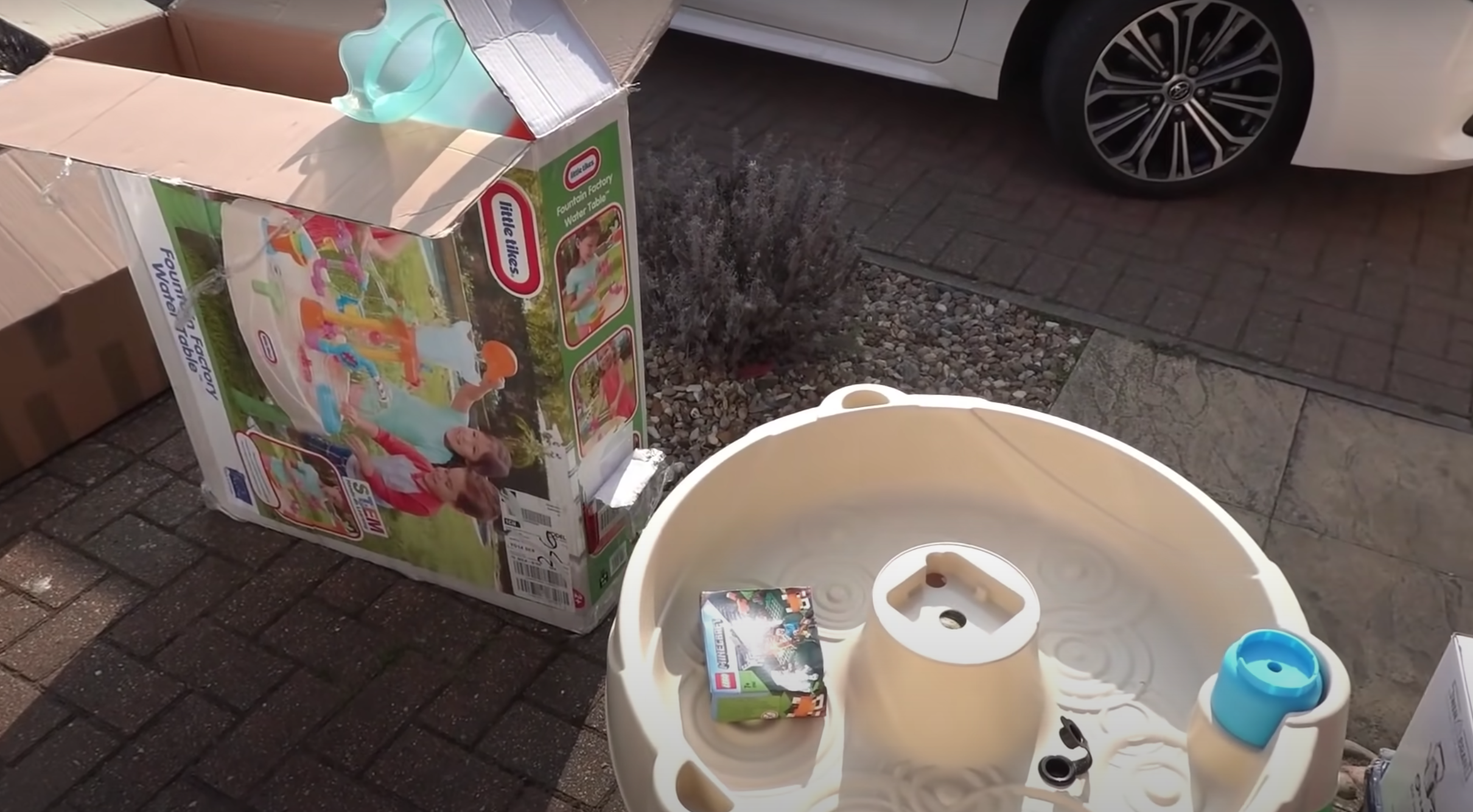 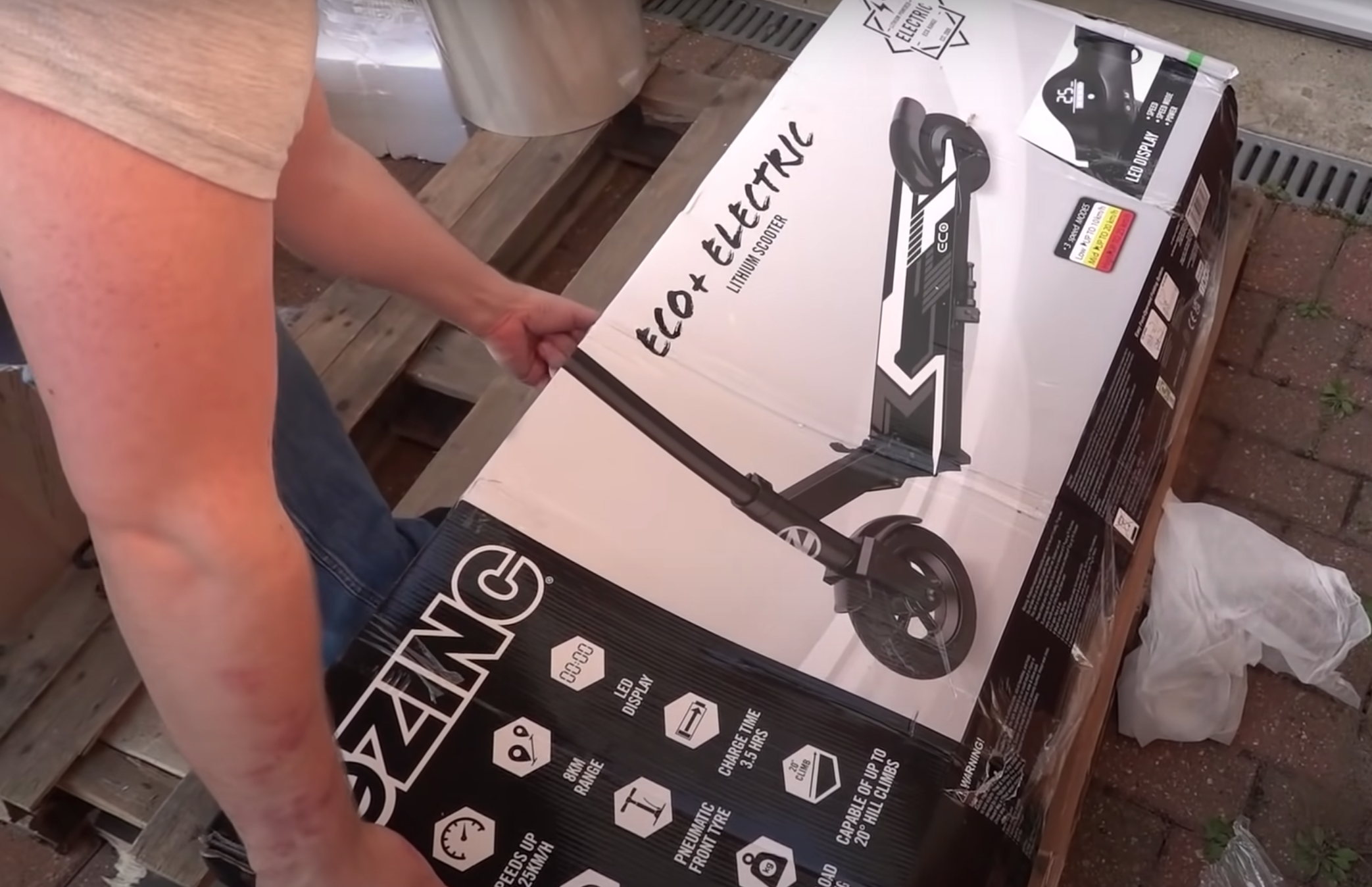 However, the most expensive item that was included in the pallet was a £300 Zing Eco Plus electric scooter.

As it was clear the scooter had been used, Holly added: "It's something we're going to have to test."

Even though the pallet contained £1,300 worth of products, some of the items weren't in useable condition – such as a smashed £25 glass pineapple lamp, a £100 My Babiie car seat which the couple suspected was faulty and a broken £65 Sony radio.

"This is everything," Holly said. 'There are a few items in here that make it worth the money so come back for our next video where we'll be revealing what works and what doesn't!"

The video has already racked up over 49,000 views – and fans were desperate to get their hands on a pallet.

One joked: "Looks like everyone is getting a kettle for Christmas presents this year!"

Another added: "The electric scooter looks amazing, those can be so expensive brand new!"

"It’s definitely worth it Holly," a third said. "Fingers crossed the kettle works!"

You can find more tips and hacks on Holly’s Coupon Queen Blog  and Instagram.

For more bargain buys, savvy shoppers showed off mega Debenhams closing down sale hauls – including one who got £118 worth of jumpsuits for £4.

Plus this ex TK Maxx worker revealed her secrets for bagging the best bargains- including ideal time to shop & when items get reduced.

And this Primark worker revealed cheapest thing she has ever sold- and how she would suggest people would go to M&S next door.