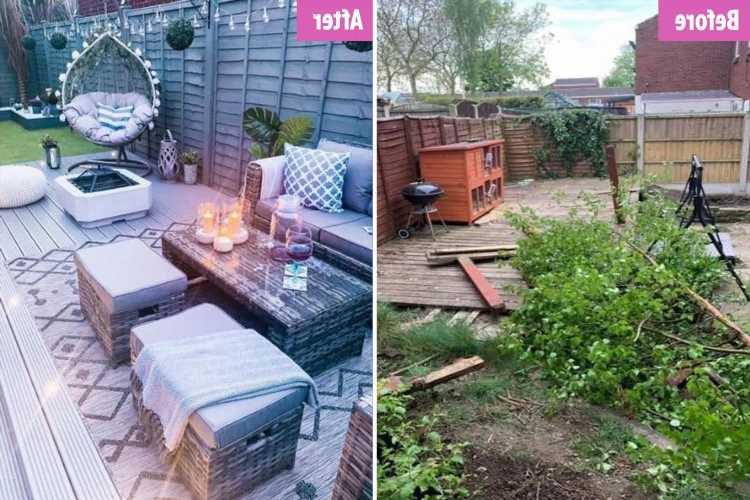 NOW that the weather is warming up and the evenings are getting lighter, we're planning on spending more time in our gardens than ever.

That said, if your outdoor space has been neglected for the past six months (guilty as charged) then you might just want to take a leaf out of Kirsty Swatman's book. 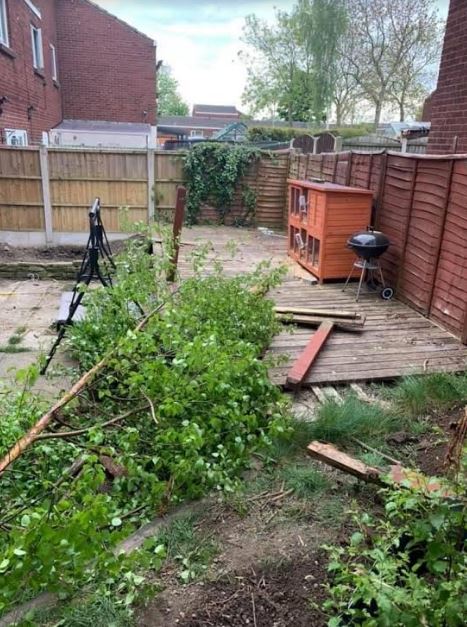 While we were baking banana bread in the first lockdown, the savvy mum 30, and her partner Daniel, 38, from Ossett in Wakefield, gave their shabby back garden an incredible makeover.

Although they originally were going to leave the task up to the professionals, the couple were left stunned after being quoted a staggering £10k.

Determined to transform the garden themselves, Kirsty and Daniel worked tirelessly in the evenings and weekends to create their backdoor paradise last spring.

She said: “We were both working from home during the pandemic, and we found we had much more time on our hands, thanks to having no commute. 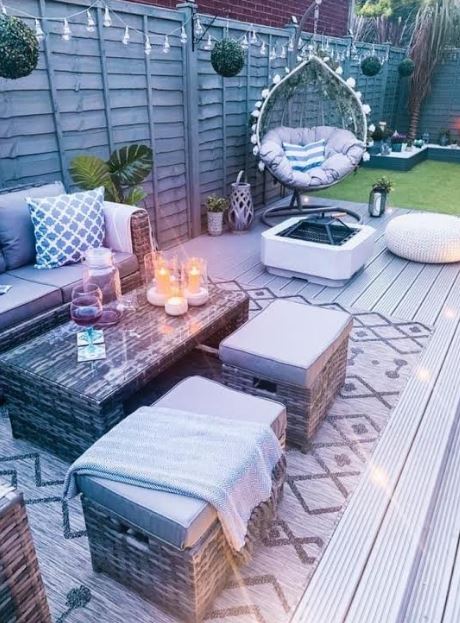 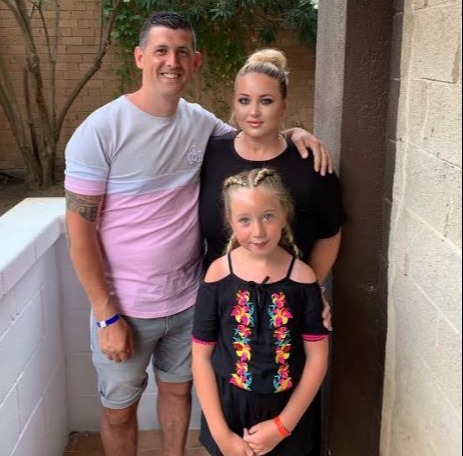 “I had wanted to transform the garden just before lockdown hit, but wouldn’t have been able to juggle it with work, so I got some quotes from local professionals.

“This was out of our price range, but we were desperate to do something as the garden was a complete mess.”

When they started work, the garden was framed by a broken fences while the decking was crumbling beneath them. 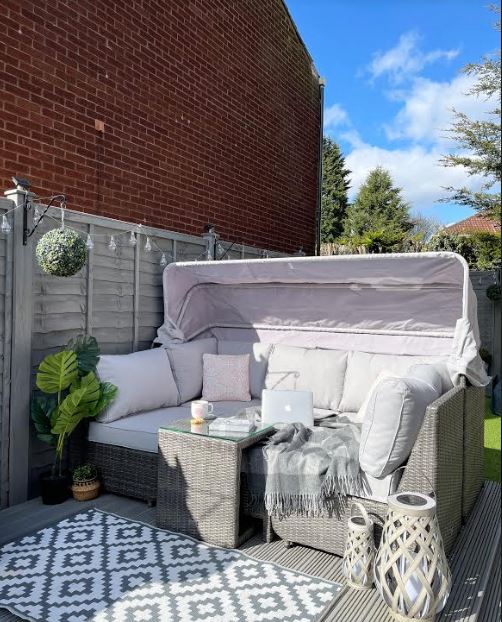 She continued: "We ripped out everything and started from scratch. My partner watched YouTube videos of decking being built, fences being put up and then we set to work.

“At the same time we were homeschooling our 10-year-old daughter Isobel but luckily Joe Wicks PE sessions tired her out each morning!

“When she finished her schoolwork, she’d sit with her feet up on the garden swing with her iPad while we did all the hard work.

“We pulled up the decking and three fences, lifted up all the broken flags, dug out old tree stumps, removed sheds and even levelled the garden that seemed like it had four tiers”

We ripped out everything and started from scratch. My partner watched YouTube videos of decking being built, fences being put up and then we set to work.

In total, the project took six months to complete and Kirsty finished off the garden with some plants from B&M and The Range and Home Bargains fairy lights.

The garden is now a stylish outdoor haven with luxurious grey decking, a coveted egg chair, a swanky fire pit and a plush sofa area, which Kirsty's mum bought her as a birthday present.

But the transformation wasn’t easy – and the mum admits Daniel was outside working on the garden in all weathers.

However the couple completed the makeover on a budget – they spent £1,400 on materials including decking and fencing.

A great budget price in comparison to the hefty £10,000 cost they’d previously been quoted. 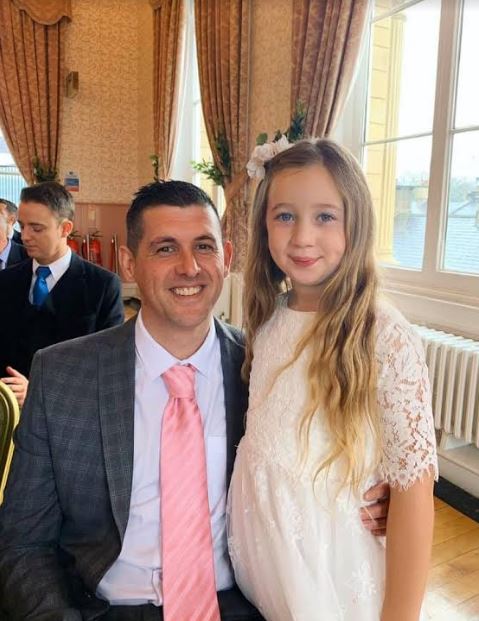 Kirsty said: “Every morning and night Daniel was outside in all weathers working on the garden.

“This happened every day for six months but it really was worth the wait! We shopped around to save on costs too.

“When we finally finished our garden project, the total cost of materials for the decking and fencing was £1,400 – a bargain.

“Lockdown really showed us the importance of having a peaceful space and it's now where we spend most of our time with Isobel – weather permitting!

“There’s no way we could have afforded the original costs and it has shown us what can be achieved on a budget with a little help from the internet.”

“I’ve been sharing our home updates on Instagram @theonlywayisgrey_ and it’s a pinch me moment when strangers message us for DIY advice!”

For more amazing home transformations, this savvy mum quoted £15k for a new kitchen revamps it herself with £6 paint – and she did it all at 37 weeks pregnant.

And this woman turned her grotty concrete yard into a stunning space for less than £50 and it’s all thanks to a stencil.

Plus this fed-up mum who was sick of her ‘warring’ kids came up with cheap bedroom hack to give them each some space.