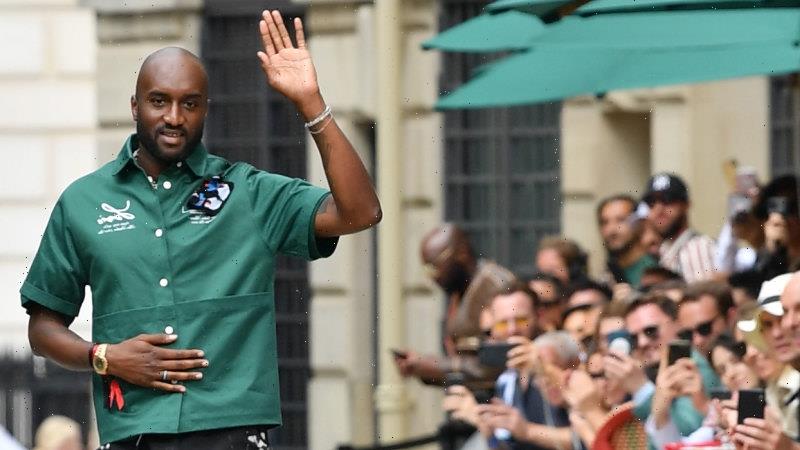 The surprise Australian tribute to Virgil Abloh by Louis Vuitton

Following the funeral of designer Virgil Abloh on Monday, luxury label Louis Vuitton has gone into overdrive to celebrate the memory of its former creative director of menswear. A pop-up store featuring Abloh’s acclaimed work for Louis Vuitton and limited edition items to raise money for Australian charity The Song Room, will open in Sydney on Wednesday.

The three-month temporary store called Walk In The Park is the latest in a rapid-fire string of tributes, including moving messages in the windows of Louis Vuitton’s flagship stores proclaiming “Virgil was here” and the display of a collaboration between Abloh and Mercedes in Miami this month, since the shock news of the trailblazer’s death on November 28, aged 41. 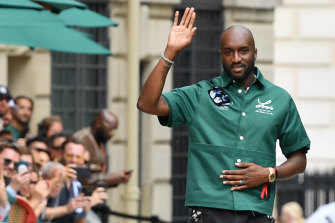 Along with a 7.5 metre 3D sculpture of Abloh, the store on the corner of Pitt St and King St will feature exclusive sneakers, the latest LV trainer upcycling collection with a limited edition 100 pairs in a Sydney colourway, and a monogrammed kite that appeared in the designer’s first and last show for Louis Vuitton. The menswear pop-up concept has already been executed in Paris, Tokyo and New York but Sydney is the first location announced following Abloh’s death.

The store is scheduled to open in the site opposite Tiffany & Co. for three months but certain pieces are expected to sell out quickly, as demand for Abloh’s designs for Louis Vuitton has increased on reselling sites. Immediately following his death, searches for “Virgil Louis Vuitton” on San Francsico-based luxury fashion reseller The RealReal increased by 344 per cent.

The Sydney store opening announcement follows tributes from friends in the local fashion community who remembered Abloh’s enthusiasm and legacy as the most powerful black man in fashion, throwing open the gilded doors for a new generation of talent in luxury. 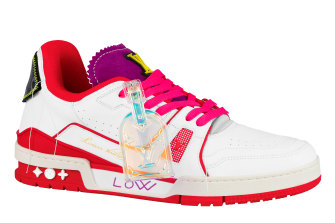 A limited edition Louis Vuitton sneaker available at the Sydney pop-up store, where a portion of the proceeds will go to charity in memory of designer Virgil Abloh.

“Virgil created a seismic change in the industry and his words ‘you can do it too’ made his victories feel like ours,” said Australian designer Kym Ellery, who is now based in Paris.

“Through his warmth, humility and wisdom he gave so much, paving a way for future generations.”

Vogue cover star and model Cheyenne Tozzi was friends with the multi-faceted designer, who rose to fame working with rapper Kanye West before finding fame with his label Off-White.

“He transformed so many lives as he managed to merge all walks of style into his own,” Tozzi said.

“Always kind, always funny, I wish for this to be a big, big lesson. We are really here for a good time and a loving time, not a long time.”

“It’s very sad for his family, but they all gained a superhero angel.”

For more than two years, Abloh privately battled a rare, aggressive form of cancer, cardiac angiosarcoma, with his death coming as a shock to many in the fashion industry.

Abloh’s funeral at the Museum of Contemporary Art in Chicago was attended by Kanye West and his ex-wife Kim Kardashian, Drake, Frank Ocean and Lauryn Hill who sang at the ceremony. Also present was his frequent collaborator, the fashion director for Vogue Australia, Christine Centenera.

“We went on a surreal journey together over the past 12 years,” Centenera posted to her social media account. “You’ve always been my protective and loyal confidant, from the beginning to the end. I was always honest with you and vice versa… I think that was the key to our friendship.”

“Your drive and optimism was contagious.”