Home » Fashion » The Queen has a mini John Lewis store made for her to ‘shop’ for Christmas presents for the royal family, butler reveals

The Queen has a mini John Lewis store made for her to ‘shop’ for Christmas presents for the royal family, butler reveals

WHEN you are the Queen, it’s not always possible to take a leisurely stroll around the shops looking for Christmas presents.

So Her Majesty, 95, has a very special shopping experience set up for her so she can pick gifts for her four kids, eight grandchildren and 12 great-grandchildren. According to former butler Paul Burrell, who worked for the Queen and Princess Diana, the monarch gets her very own John Lewis pop-up shop at Windsor Castle.

He told Closer magazine: "Firstly, she has catalogues sent to her, and then the Oxford Street branch of John Lewis sends her a selection of almost everything they stock.

“There is a little ‘shop’ set up in the drawing room at Windsor Castle and the Queen can pop in and choose gifts at her leisure. Late at night, after dinner, usually around 10pm, she’ll pop into her little Christmas shop and do some shopping.

“The Queen always chooses practical gifts that can be used – never ornaments or decorative things. So she might pick some picnic plates, a tablecloth, or a couple of hand towels. Then they are wrapped up and a truckload of presents are ready to go to Sandringham.”

However, family members may receive their gifts in another way this year, as it has been announced she will not be spending the festive season at Sandringham.

Her Majesty has been forced to scrap her traditional trip to Norfolk, as the UK battles rapidly rising cases of the Omicron variant.

She had hoped to celebrate the festive period at her favourite country retreat – as she has done for decades.

But instead, the monarch will stay at Windsor Castle for the second year running.

Last Christmas was the first in 32 years that Her Majesty had not been at Sandringham for the holiday.

She spent the big day shielding at Windsor with her late husband Prince Philip, who died in April aged 99.

And this year's scenes look set to be rather similar, with the Firm avoiding contact with as many people as possible as daily infections in the UK again soar past 90,000.

It is not yet known who, if anyone, will join her on December 25 as family members vow to keep the head of state safe.

The Queen has already pulled the plug on her festive family party amid virus panic.

It was announced last week that it was "with regret" her annual royal get-together lunch in the run up to the big day would not be going ahead as planned – but that it was "the right thing to do".

The decision was described as "a precautionary one" as it was felt the festive lunch would "put too many people's Christmas arrangements at risk if it went ahead".

Buckingham Palace declined to comment further as it is a "private family event".

The Queen had been due to host The Duke and Duchess of Cornwall, among 50 or so other members of the Royal Family, at Windsor Castle on December 21.

There was due to be wine, crackers and a feast inside the castle – before the monarch set off for Sandringham for the big day itself. 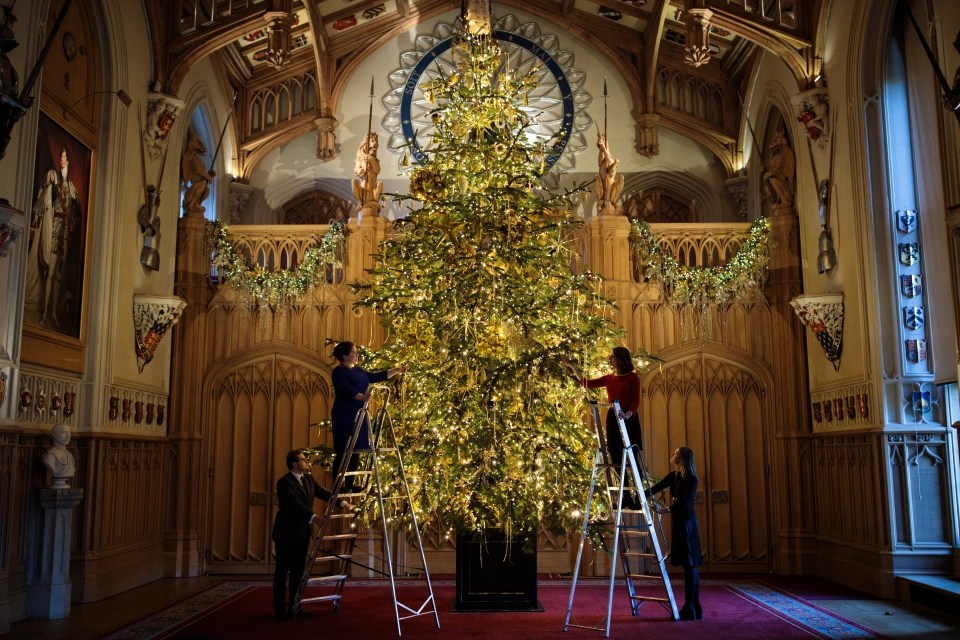 We shared how the Queen has cancelled her 'Christmas Day walkabout amid fears it could become Omicron super spreader event’.