THEY met when they were both six at a Turkish resort's kids' club and quickly became fast friends, playing on the beach and coyly holding hands.

It was 1997 and Heidi Parker from Sheffield, south Yorkshire was with her family, whereas Ed Savitt, from Putney, south west London, was with his. 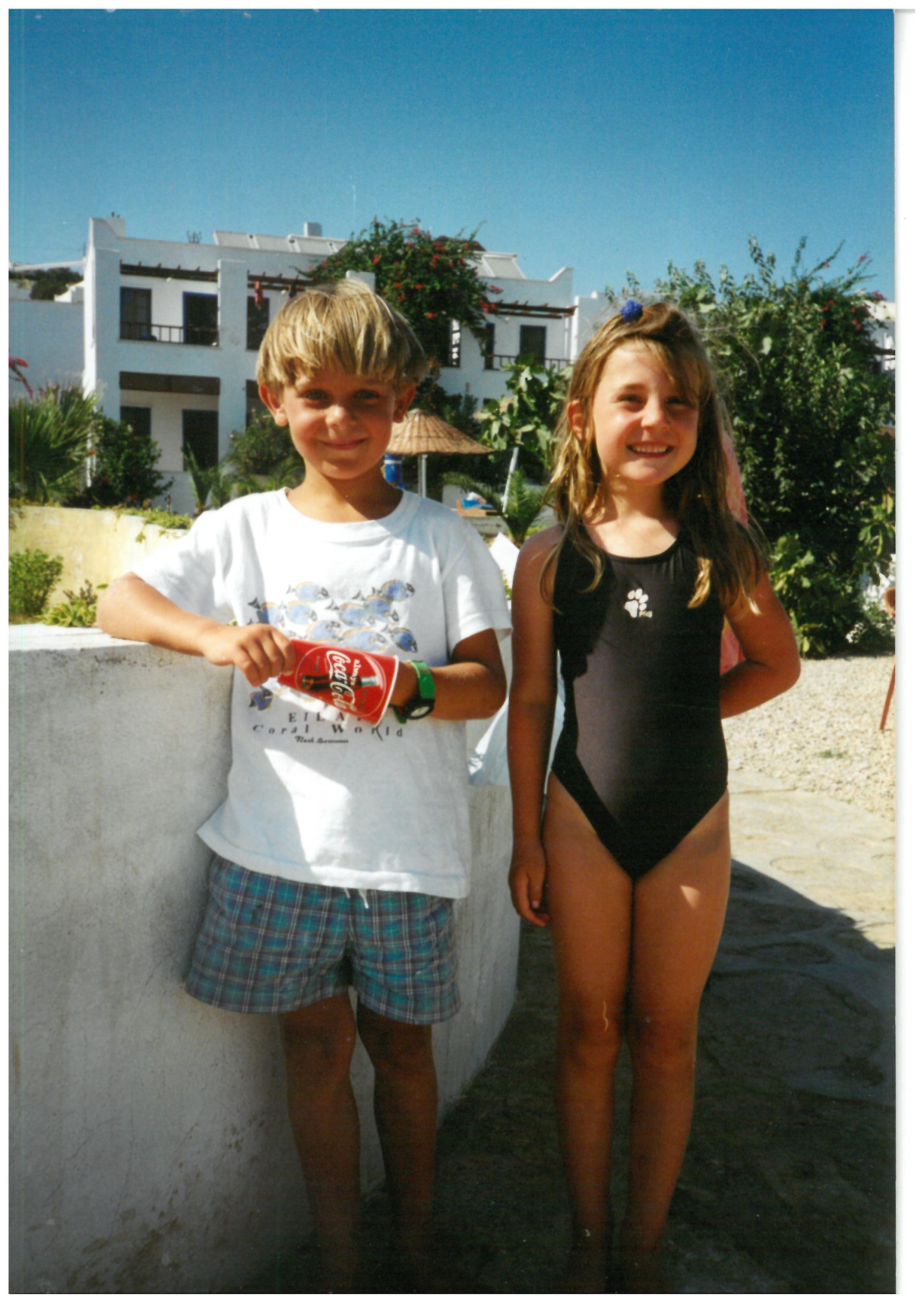 But holiday romances rarely last and sadly Heidi and Ed's was no different.

Heidi, now 27 and living in Wandsworth, south west London, admitted: "I forgot about him."

But amazingly Heidi and Ed have now married after meeting once again as students at Newcastle University, where they lived in the same house, albeit a year apart. 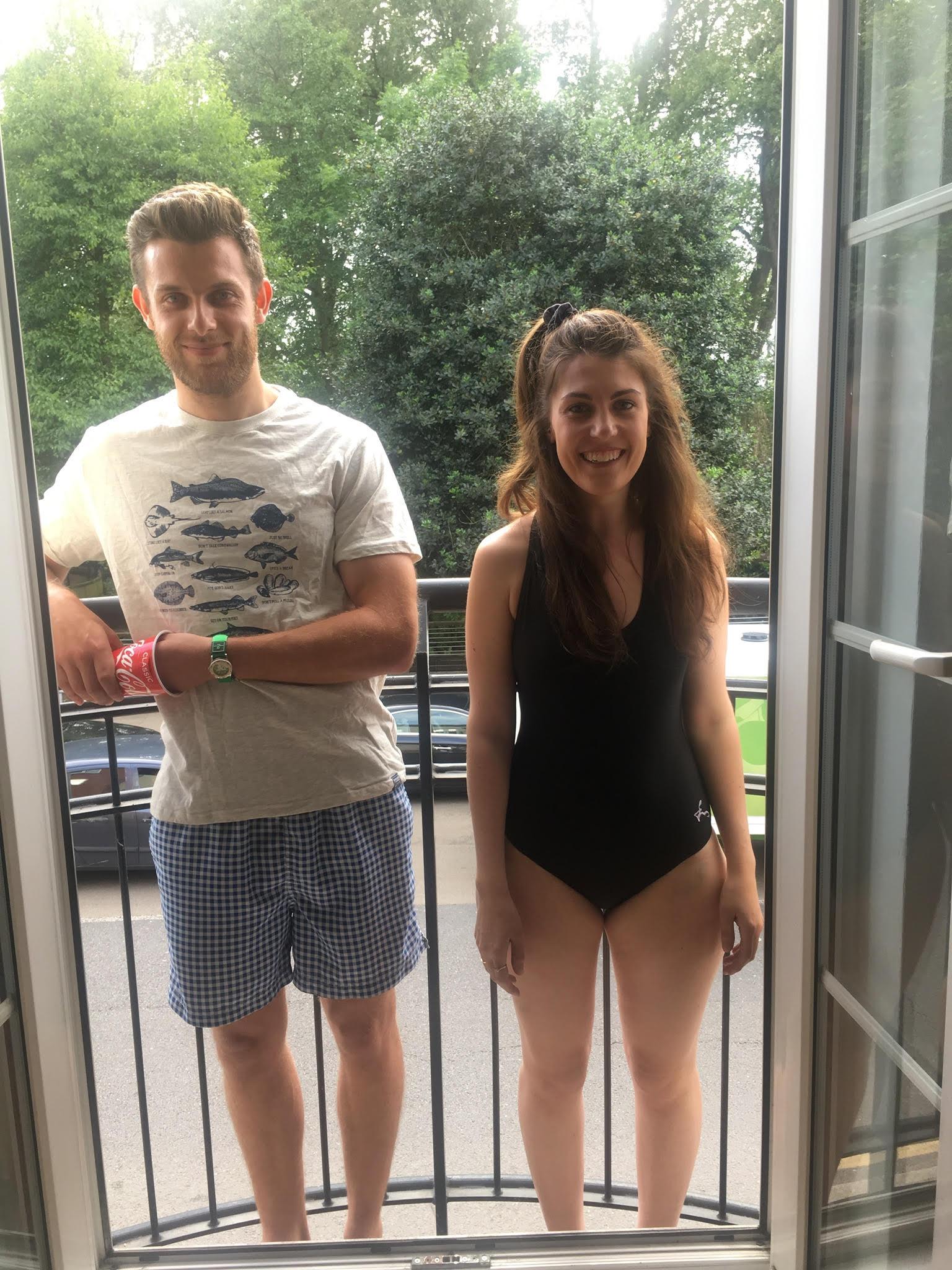 They were reunited after Ed tracked Heidi down on Facebook and begged for help.

"He didn't know how to use the washing machine in the student flat," she laughed. "And he found a piece of post with my name on, realised I had lived there the year before and decided I could help."

Heidi had travelled north from Sheffield to study business and economics at Newcastle University whereas he was a psychology student.

It was at the start of her third year in 2011 that she got the Facebook message from Ed. 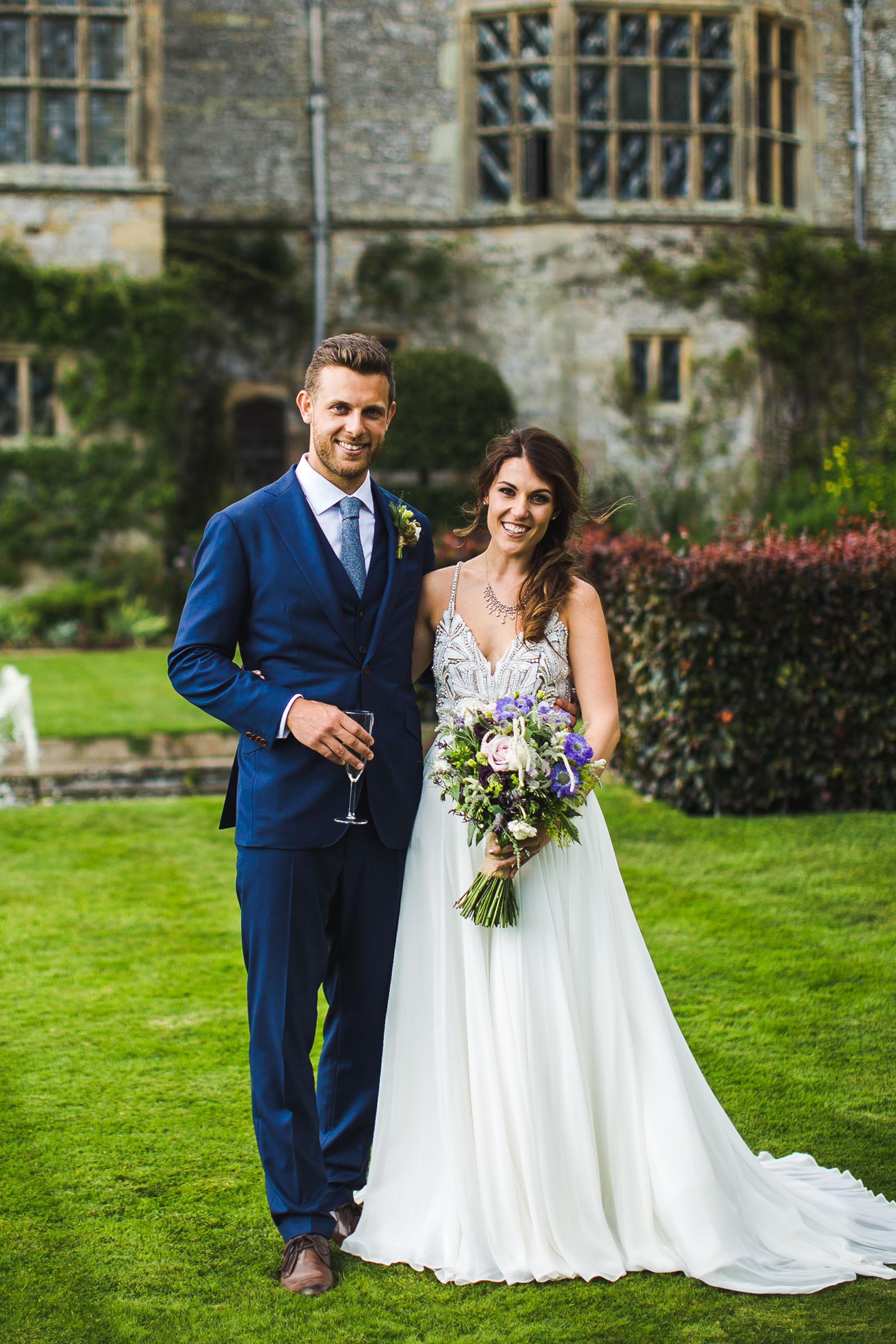 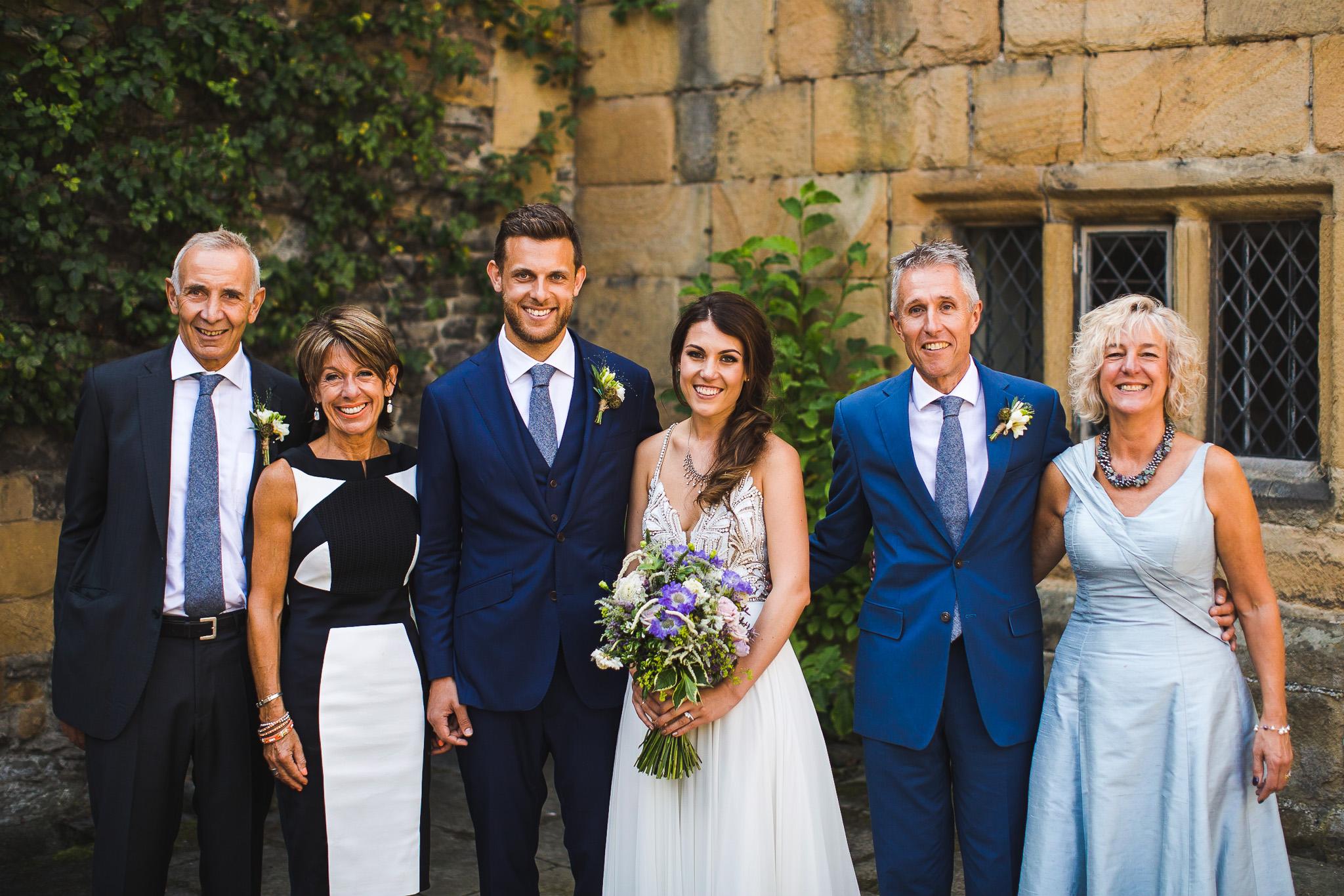 "He Facebooked me asking how the washing machine worked, and I let him know… basically because he was hot."

Then just a few weeks later on a night out with friends Heidi glimpsed Ed and introduced herself.

"We got chatting and hit it off pretty much instantly."

Their first date was in Pizza Express in Newcastle. "It went really well," said Heidi. "After that we were basically inseparable.

"After university I moved to London and a few years later we moved in together, buying a flat in Wandsworth." 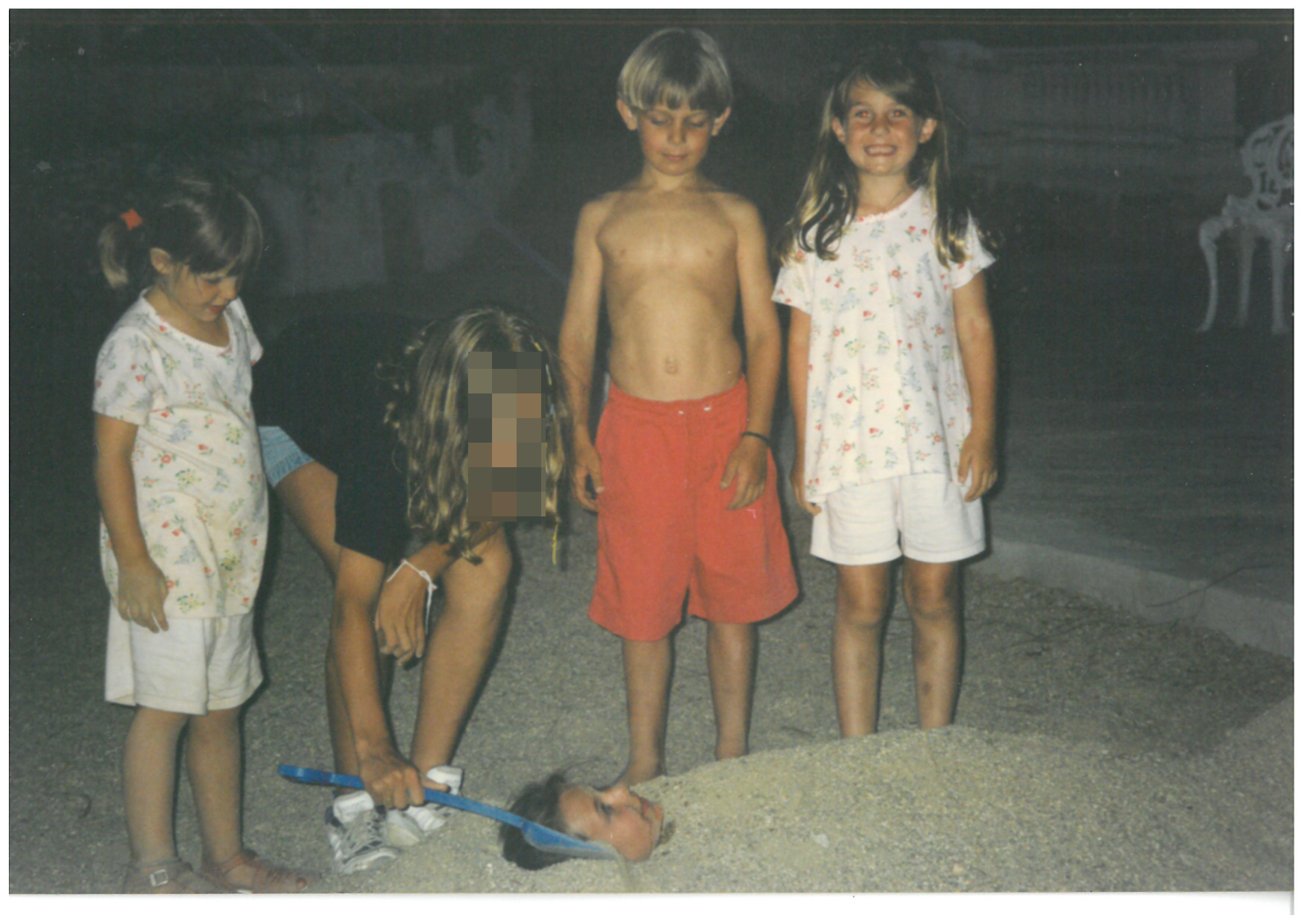 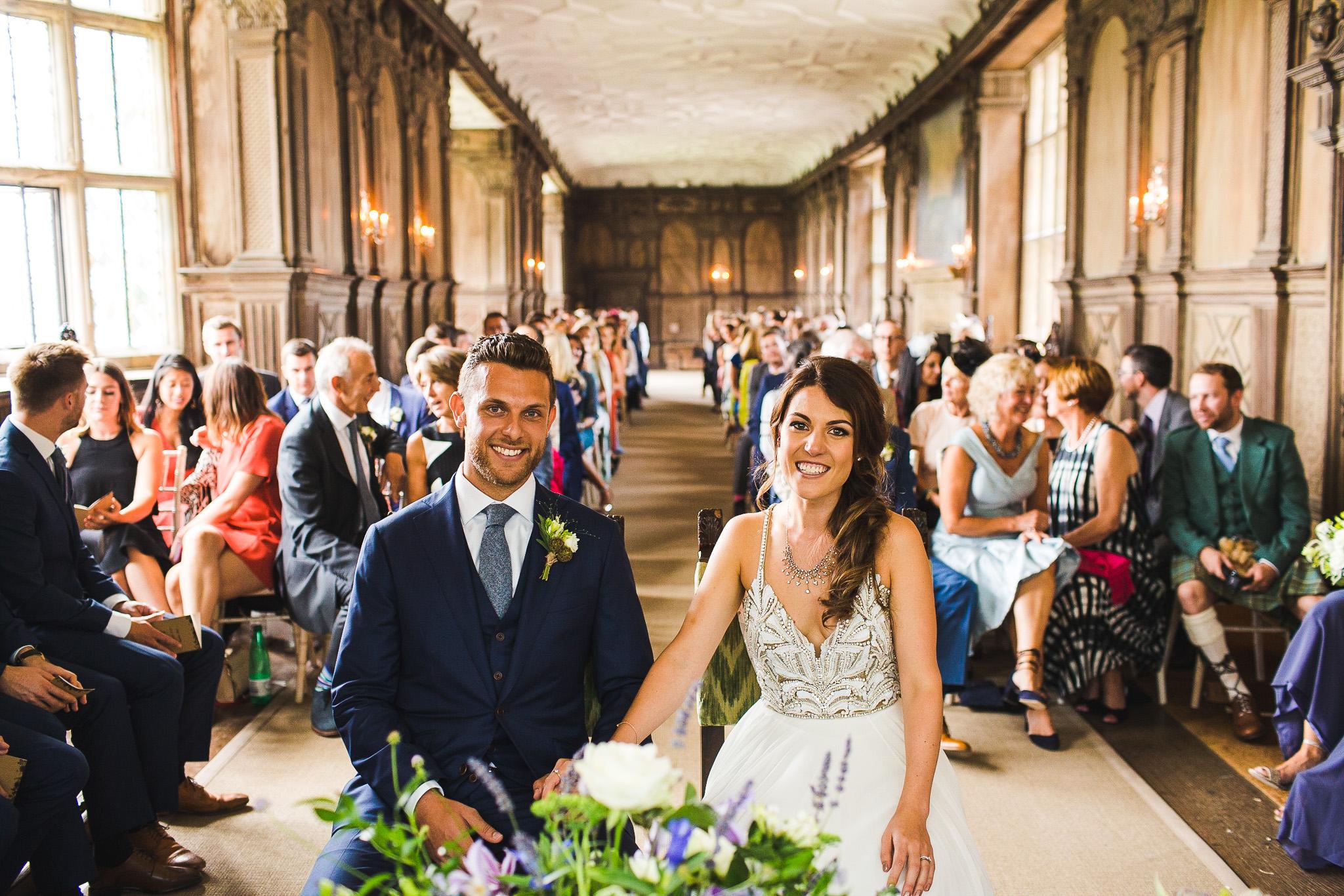 Then in 2015, while on a walk in the grounds of Chatsworth House in Derbyshire he proposed with a three-stone diamond. "Afterwards we went home and he had organised a surprise engagement party," she said. "It was wonderful."

Then a few months later, while having dinner at Wagamamas with their mums, they got talking about childhood holidays.

"Then out of nowhere my mum said, 'When you were on holiday in Turkey and you were little you had a little boyfriend called Ed.

"She sent me a picture in the post of him and it was my Ed.

"I couldn't believe it… we were all stunned." 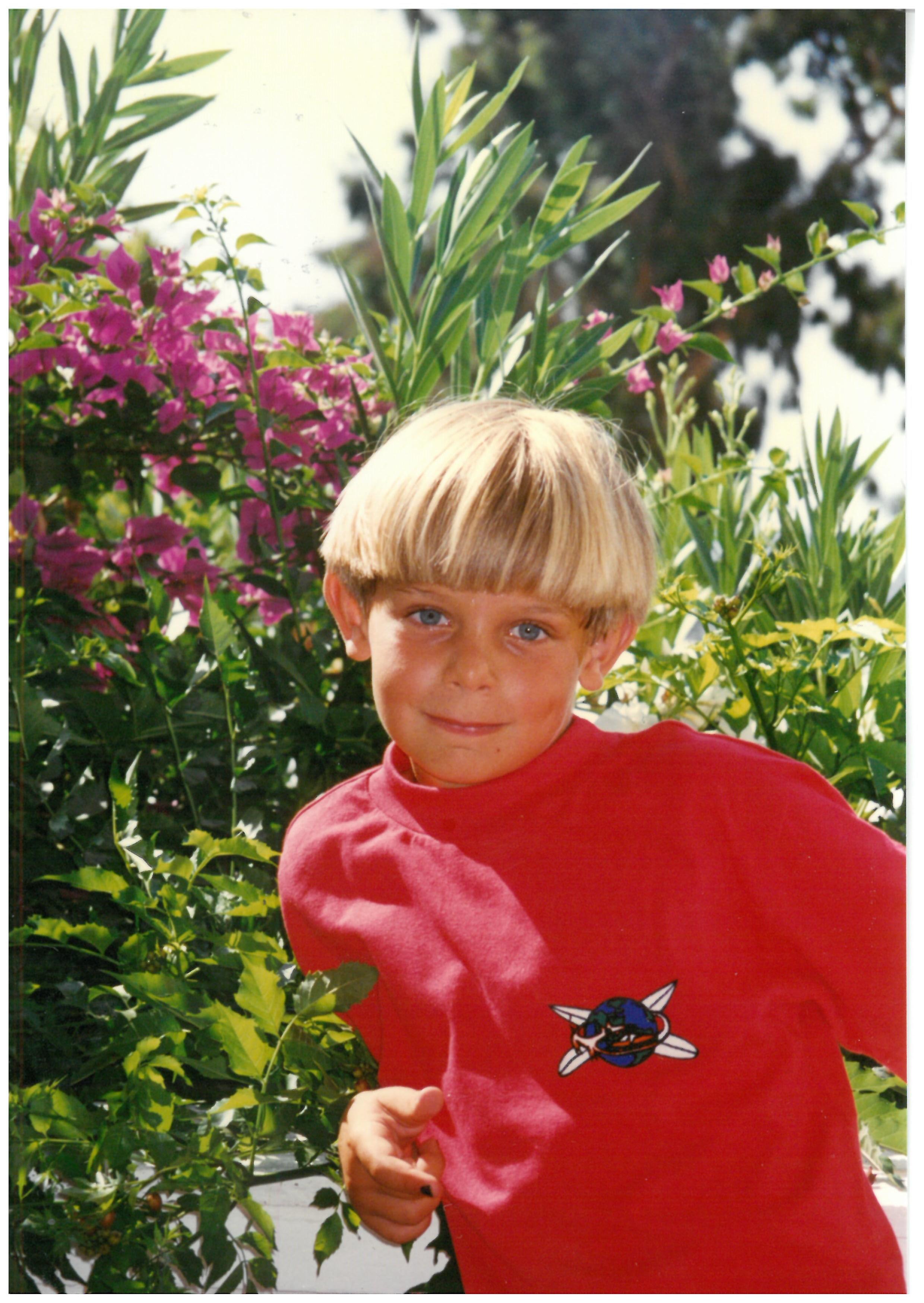 Heidi's mum, Kay Parker, 57, had posted the picture of the young duo to Heidi just for fun, and was shocked when her daughter revealed it was her fiance.

Discussing the amazing series of coincidences which brought the couple together, Heidi said: "I was astonished when I saw the picture. I just yelled, 'Mum – you know who that is!'

"I was so shocked I actually had to lie down.

"Ed was amazed too… we couldn't believe it." 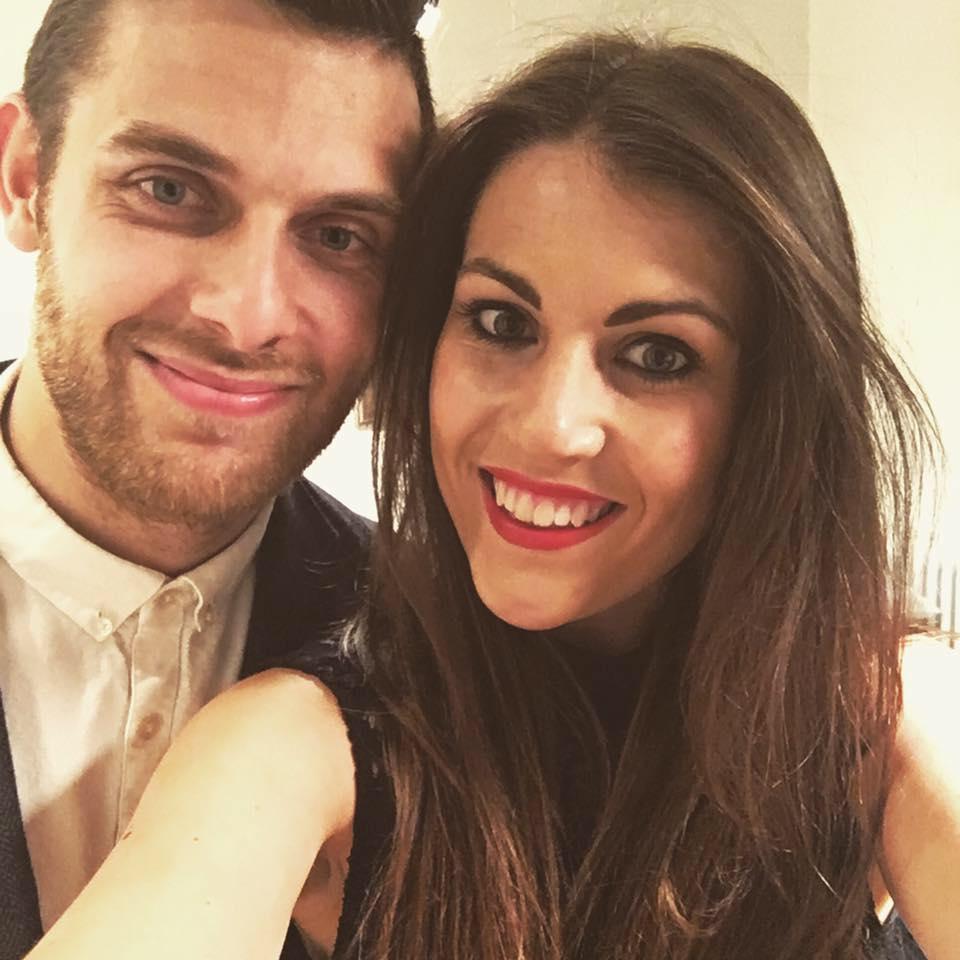 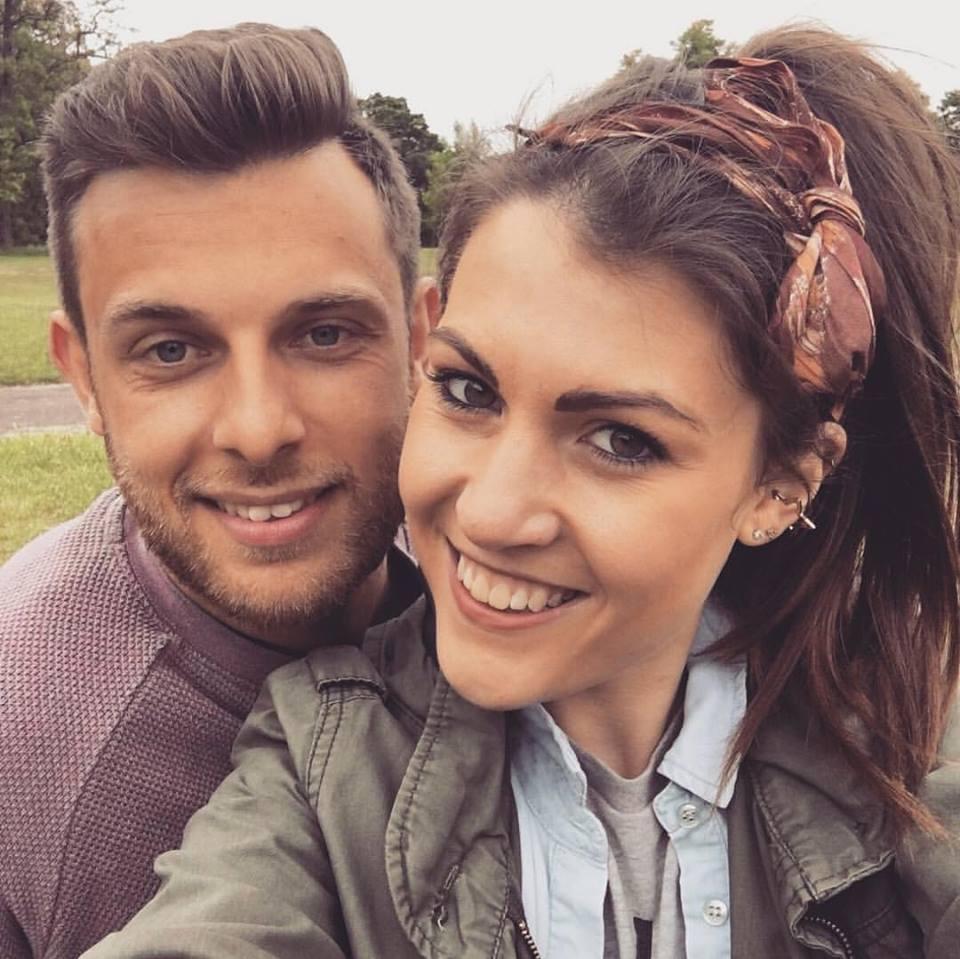 Communications manager Heidi continued: "I have no memory of meeting Ed as a child, but from the photos we had been spending an awful lot of time together while we were on holiday.

"He told his parents and they dug out images of him on the same holiday."

They discovered a picture of Heidi and her sisters in their nightgowns burying Ed's sister Maddy in sand on the beach.

Neither sets of parents had chatted much on the holiday, but both could recall the then-children being friends. 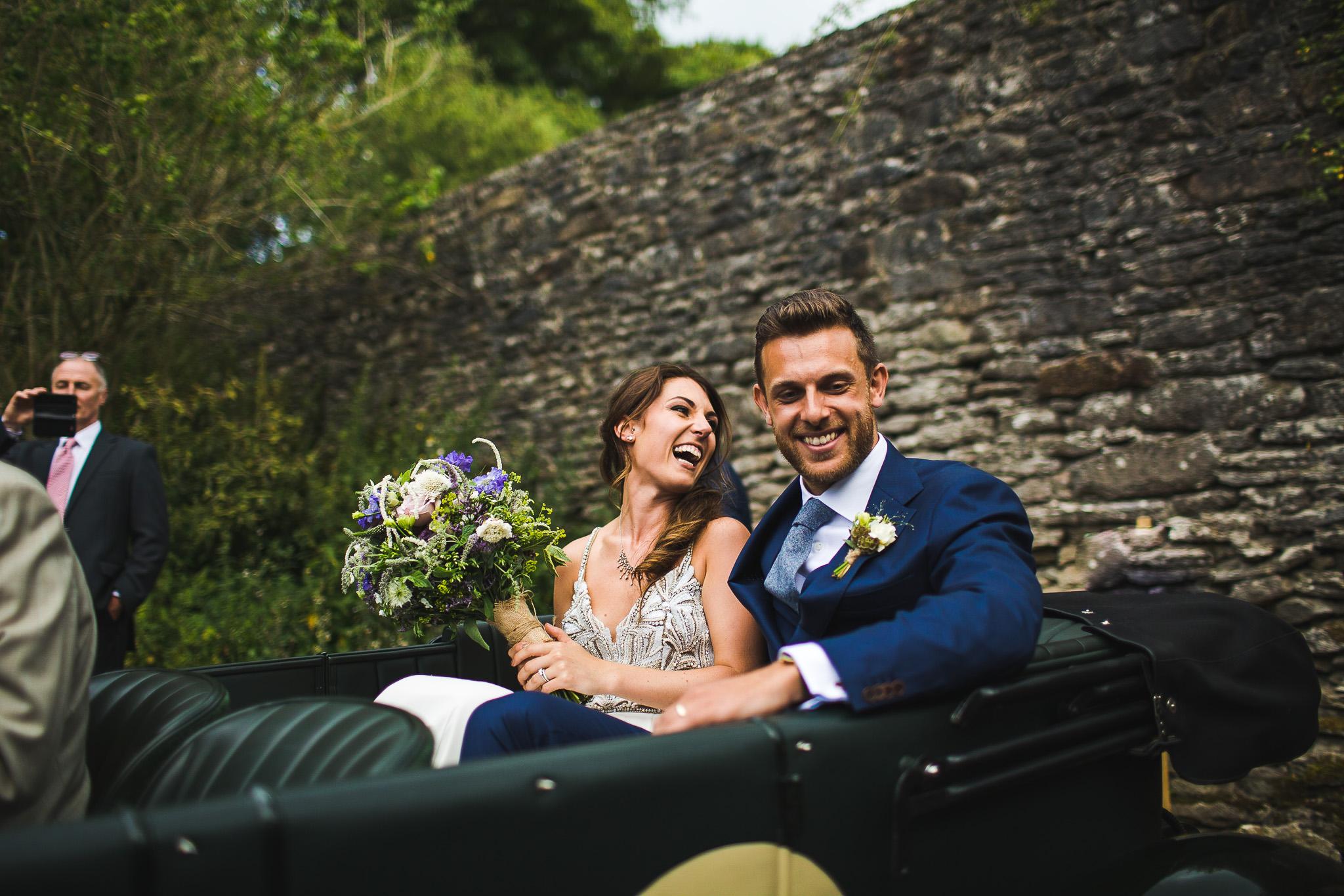 "He looks really different whereas I look the same," continued Heidi. "I remember being in kids' club, that's where I must have met him, and setting up a nail varnish stall outside with my sisters.

The couple recreated the image her mum had found for their wedding invites – but posing on a balcony in virtually identical outfits, Heidi in a black swimming costume and Ed in a fish-patterned tee-shirt and checked shorts. 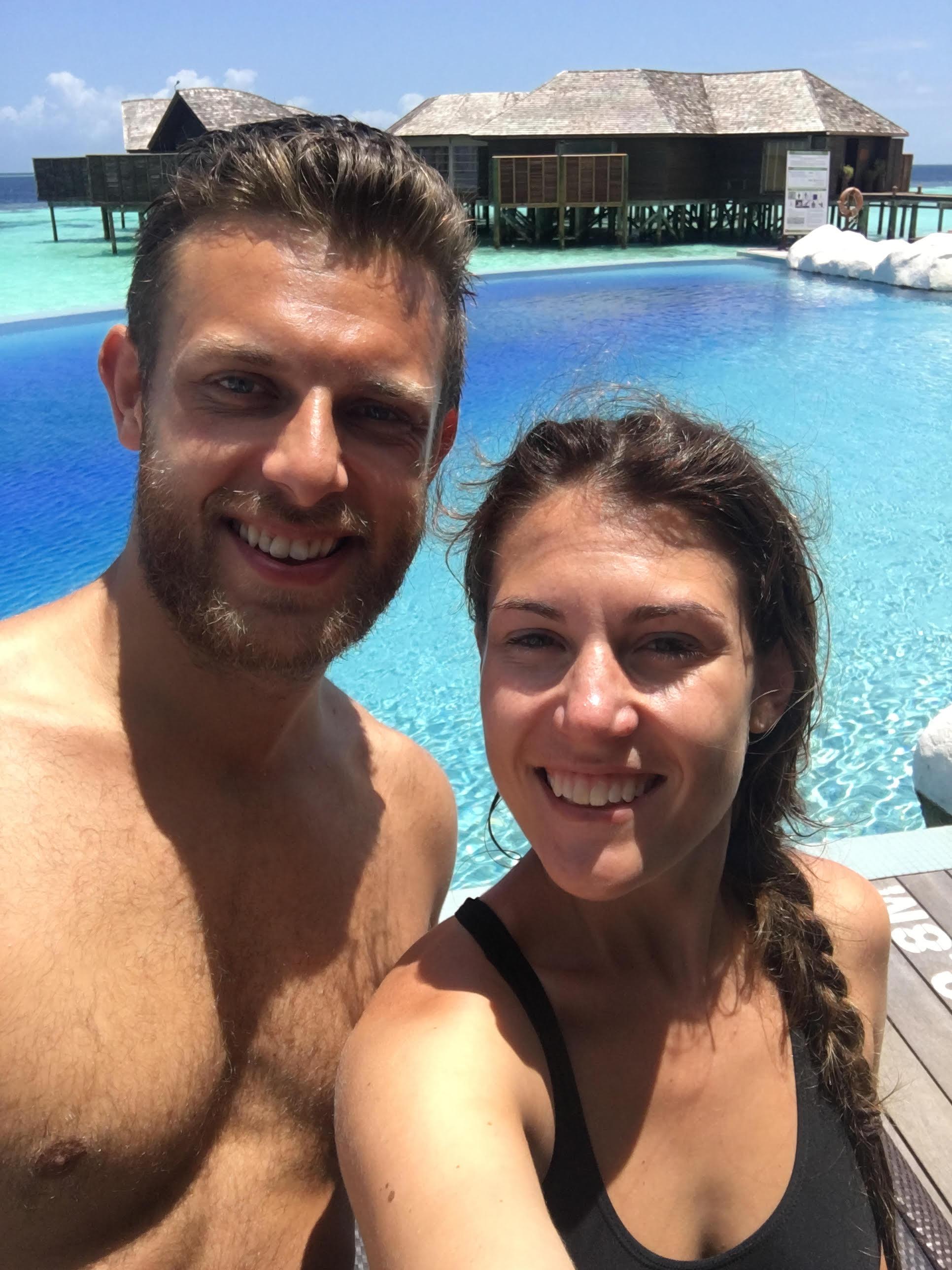 And, marrying in August 2016 in country house, Haddon Hall in Derbyshire, their chance meeting more than two decades earlier was the talk of the ceremony.

They went on honeymoon to the Maldives – back on the beach after many years.

"It was brilliant," said Heidi. "We love telling people how me met, twice.

"And recently we have been back to Bodrum to see where we met. It was really exciting to go back to where the miracle began."

Coffee-shop owner Ed, who explained they were treated to business class flights for free from Turkish Airlines, added: “I’m not one to believe in miracles, the story changed my life.”

Love amazing coincidences like Ed and Heidi's? then read a story about two sisters who gave birth on the SAME day.

Meanwhile, a mum married her online lover after he flew 4,000 miles to meet her… and took her shopping for a ring on the first date.

Inside Tamzin Outhwaite’s luxe £1.7m home as she splashes out on £12k sauna