A BEAUTY fan came across the bargain of a lifetime after her recent visit to Boots saw her scoop up a whole range of goodies for just 20p each.

She shared the makeup haul online that included almost £50 worth of products despite only spent a teeny-tiny £1. 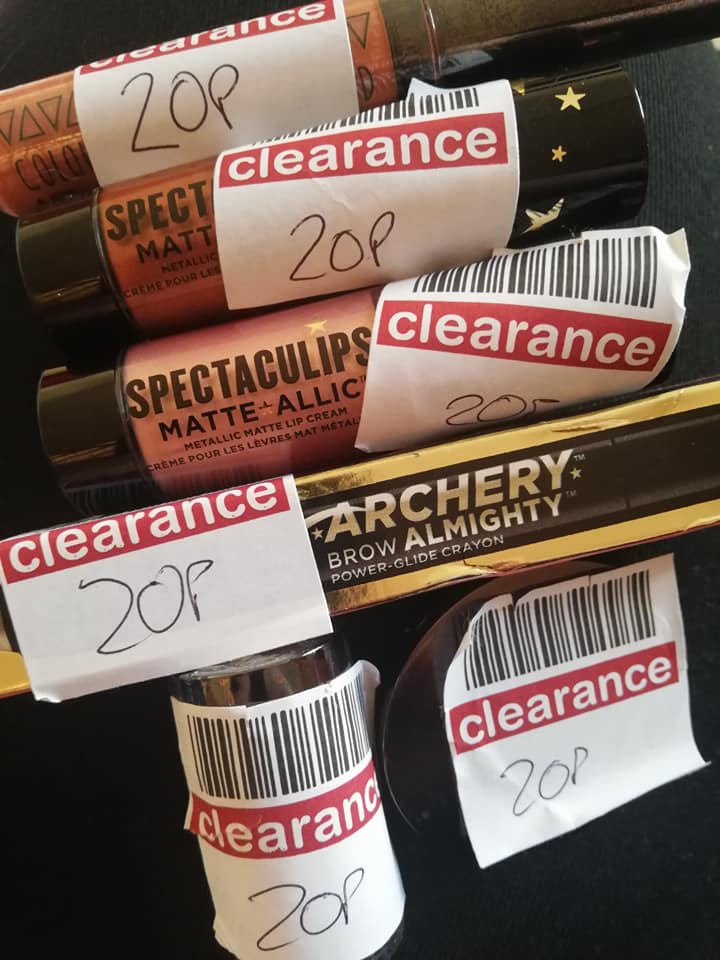 She revealed that she'd no intention of picking up any make-up and only popped into Boots to print a photo but stopped when she saw the "little box on the reduced shelf".

In addition to the items being a small 20p, the woman was shocked to discover that there was also a three-for-two sale on top of the discounted price which reduced the total cost even more.

Among her purchases were items from the popular NYX makeup brand, as well as products from No7, Barry M and Soap & Glory. 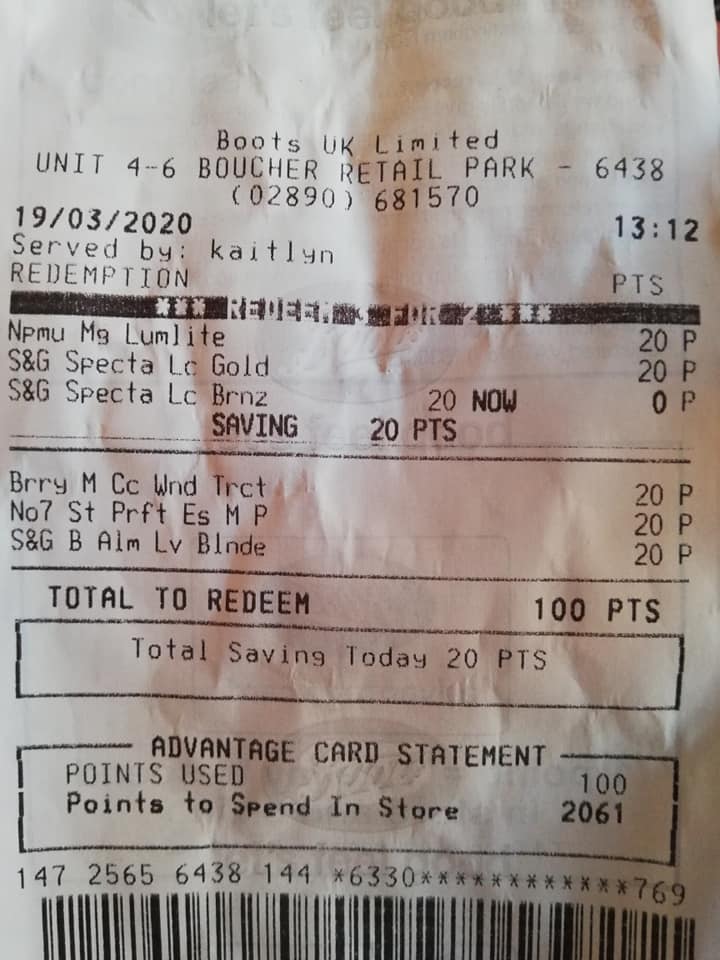 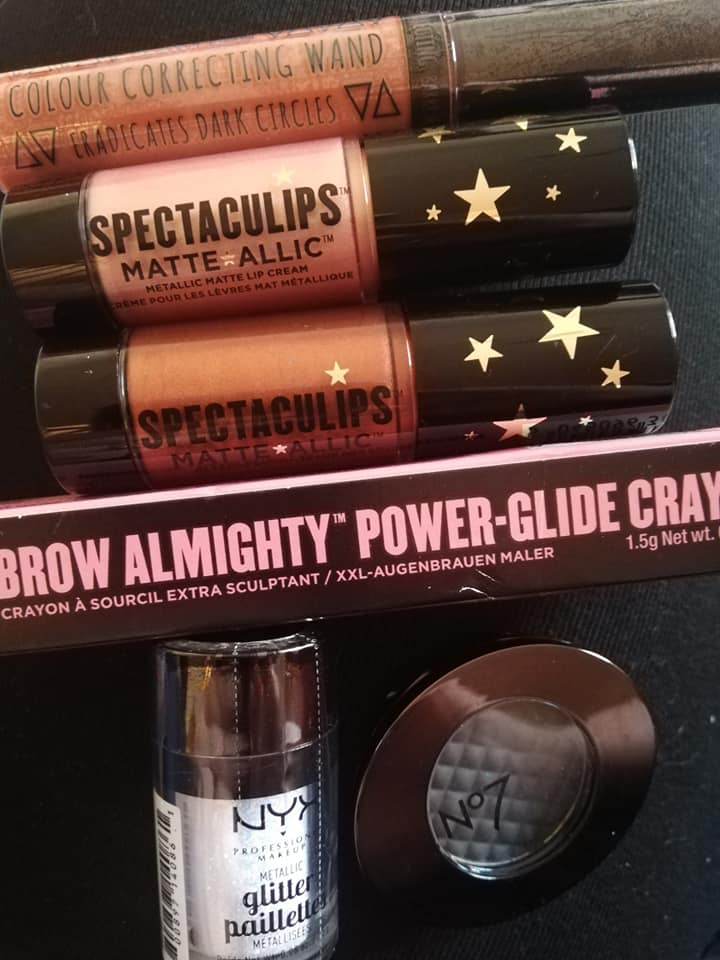 The savvy-shopper managed to scoop up the Soap & Glory Spectaculips – in two shades – for 20p each which normally costs £9 per item, while the Brow Almighty Power-Glide Crayon from the same brand would normally set you back £8.

Proving she knew a thing or two about make-up, the eagle-eyed shopper also picked up a colour correcting wand from Barry M for 20p, down from the regular price of £4.49, as well as two eye-shadow pots worth a total of £11.

Curious to know how much she'd saved (aren't we all) the bargain hunter later looked up the cost of each item, which revealed she'd made a saving of £40.49 – with the total amount, if she were to pay full price, costing £41.49.

Blown away by her bargain find, she shared her pictures of the makeup items to the group along with her receipt, as if to prove her too-good-to-be-true purchase was in fact legit. 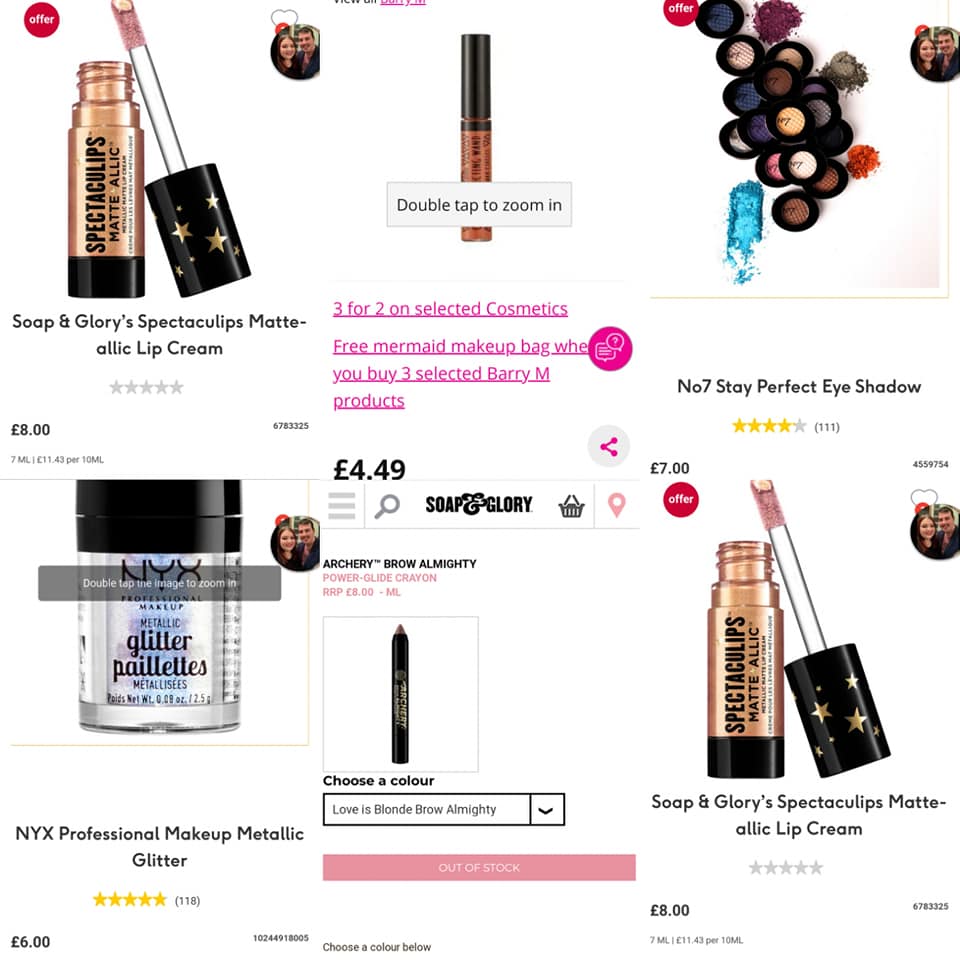 Captioning the post, she wrote: "Popped into Boots yesterday to print a photo and saw these (all new) items in a little box on the reduced shelf – all reduced to only 20p each! I didn't even realise it was 3 for 2 so I got them all for only £1!.

She also revealed that she used 100 of her Boots points to pay as she had plenty saved up, which made up for the £1 left to pay.

Fellow makeup fans were equally amazed by the saving with many shoppers agreeing that they would be heading to the store themselves.

One makeup lover said: "those soap and glory liquid lips are like glue so long lasting! "

We might have to pop in ourselves and stock up, because this bargain is too good to pass by.

In other beauty news, we revealed the coronavirus beauty trends sweep the internet – from ‘virus manicures’ to floral face masks.

this mum was called ‘Worzel Gummidge’ by her mates after fake tan blunder left her with an ‘orange head’.

And fake tan fan gushes over Garnier tinted moisturiser which gives a natural glow for a fraction of the effort.

Khloé Kardashian and Tristan Thompson Are Quarantining Together
Entertainment