Kate Middleton is just like Us! She’s the queen — or duchess — of recycling outfits for special occasions, because a great outfit should never go to waste.

See Kate Middleton’s Most Stunning Fashion Moments of All Time

On Friday, May 8, the Duchess of Cambridge wore a red L.K. Bennett dress to celebrate V-E Day over Zoom alongside Prince William, an elegant number she previously wore to a Wimbledon match in 2015.

“Like most people, Kate doesn’t think twice about recycling clothes,” a royal insider reveals in the new issue of Us Weekly. “She thinks it would be a waste to wear something once and then throw it away.”

“And as the UK taxpayers contribute towards the royal family’s upkeep, it wouldn’t be a good look if she spent a fortune on clothing,” she adds.

V-E Day is just one example of the royal’s countless outfit repeats over the years. She rewore the Alexander McQueen dress that she debuted at Princess Charlotte’s christening in 2015 to Prince Harry and Meghan Markle’s wedding in 2018.

In fact, McQueen is a favorite designer of hers. The mom of three turned heads in a McQueen gown at the 73rd annual British Academy Film Awards last February. It was a breathtaking white-and-gold dress she wore before when attending a state dinner in Malaysia in 2012. 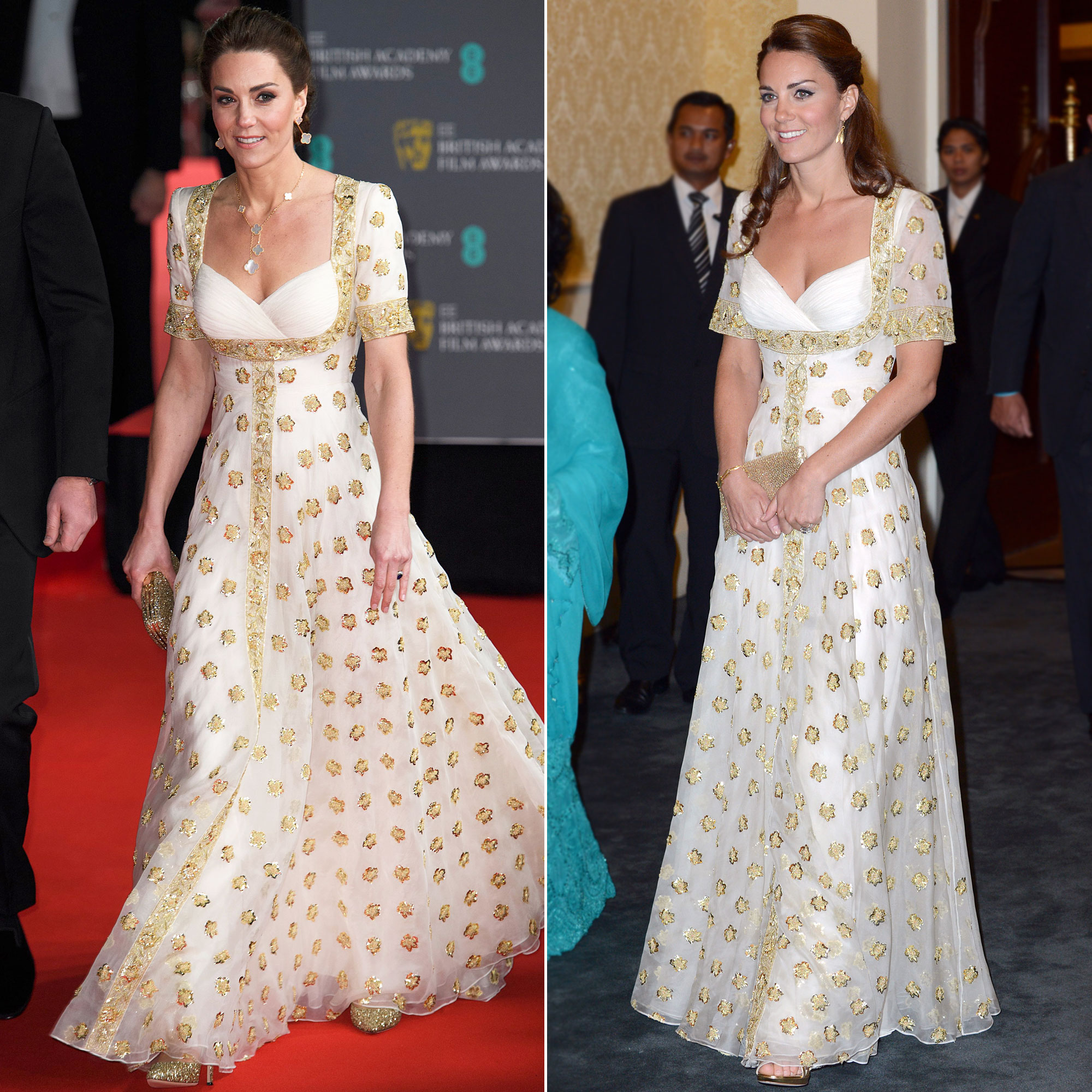 The list of Middleton’s iconic fashion repeats goes on and on, to the surprise of many.

“Everyone thinks that the royals live like wealthy celebrities, but if the truth be known they’re actually pretty frugal with money and don’t lead an extravagant lifestyle” the royal expert continues. “They try to be as normal and relatable to the public as possible.”

To retain the semblance of normalcy, the duchess doesn’t ask for help from a stylist on her days off. “She usually throws on a pair of jeans and a shirt or sweater,” says the source.

If you’re anything like Us, then you’re probably desperately wondering what her closet must look like. It’s certainly complete with designer labels and exquisite formalwear, but some of the affordable brand names in her closet might surprise you.

“Kate doesn’t have a closet full of haute couture gowns” says the royal expert. “Yes, she has some designer pieces, but she mainly wears high-street brands like Zara, Marks & Spencer and TopShop when she isn’t attending a posh event.”