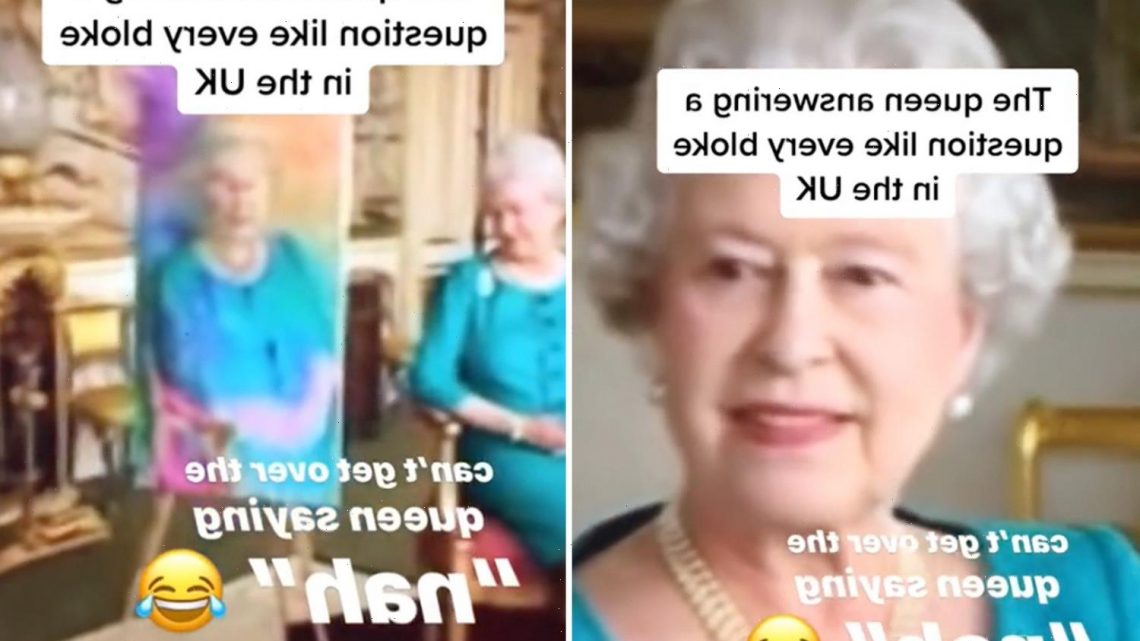 ROYAL fans have been left in hysterics over a hilarious unearthed video of the Queen saying “nah.”

Her Majesty was filmed using the slang term as she had her portrait painted back in 2005 – and the footage has recently resurfaced on TikTok. 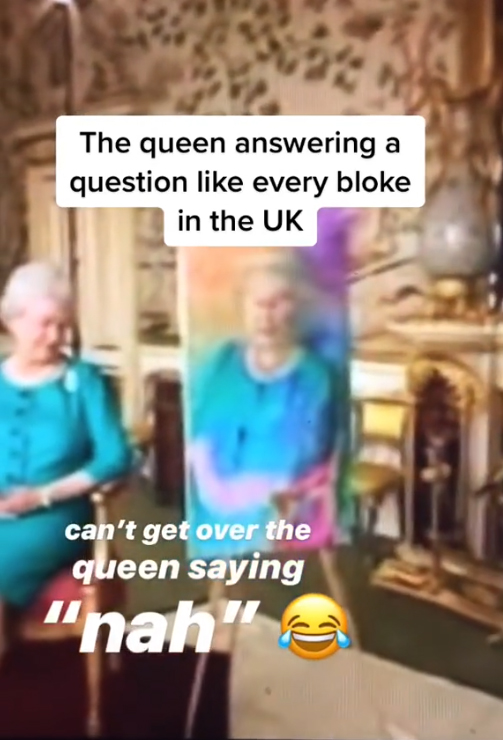 In the video, the Queen remarks that she “sees herself aging” in front of herself.

Asked if that upsets her, the monarch simply replies, “Nah.”

The video was shared by TikTok user Arksteriff, where it has since gained over two million views.

Fellow viewers were equally tickled by the clip, sharing their amusement in the comments.

“She forgot she was the Queen for a second,” added another, while a third wrote, “She’s a legend.”

The portrait that was being painted of the Queen was by the disgraced Australian artist Rolf Harris.

In 2005, he painted an official portrait of Queen Elizabeth II, which was unveiled at the Queen's Gallery in Buckingham Palace and publicly displayed there for a year.

Harris was jailed for five years in June 2014 when he was convicted of 12 counts of indecent assault.

The crimes were committed against four girls – one of who was aged just seven or eight.

He was released from prison in May 2017 part-way through a re-trial on four accusations of indecent assault, but has rarely been seen in public.

It is believed that the portrait was removed from the Queen’s gallery after just six months and its current whereabouts is unclear. 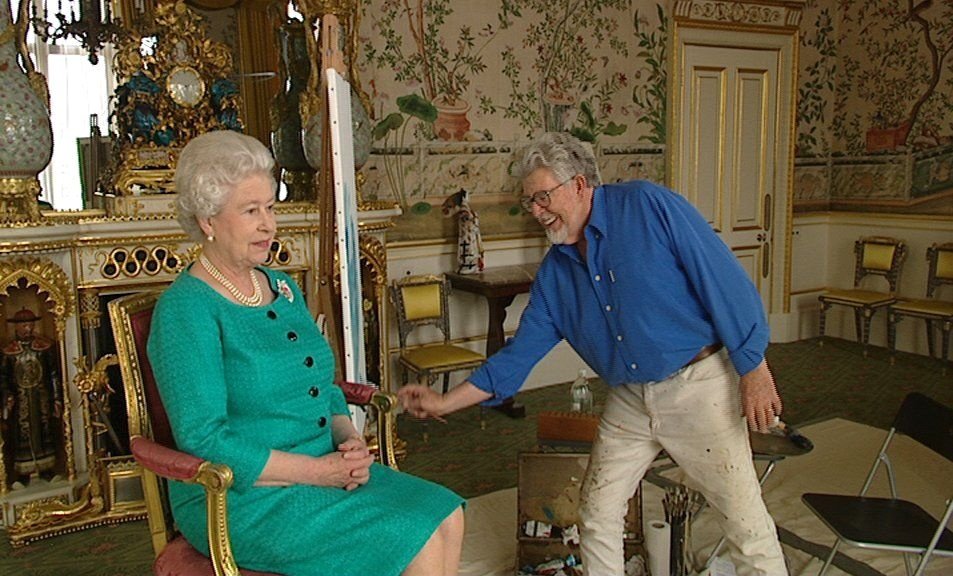