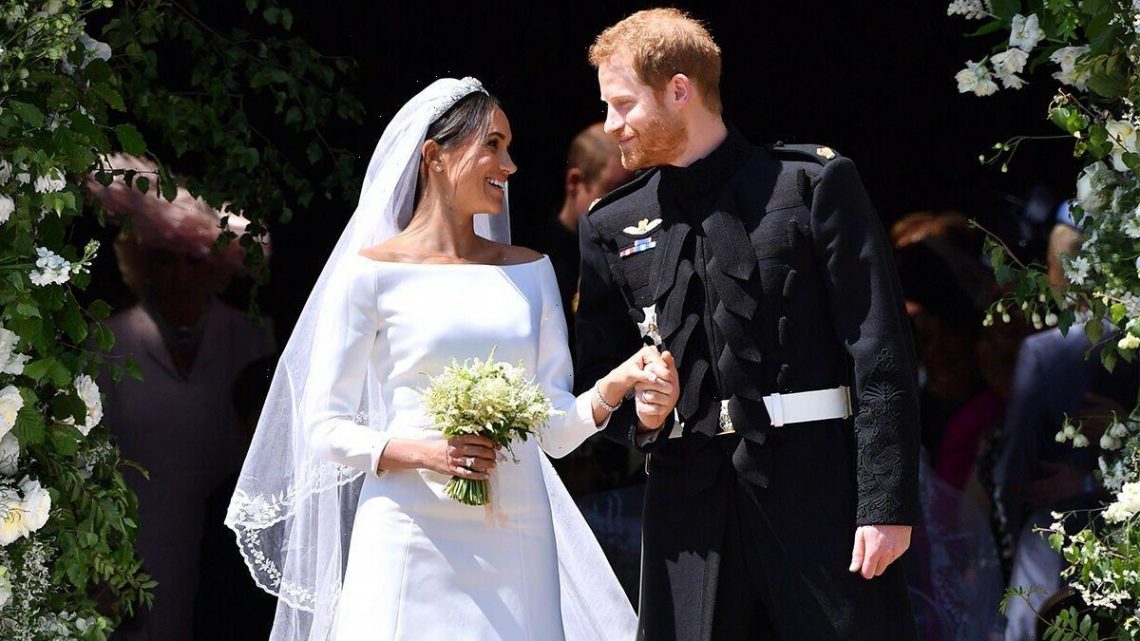 Queen: A look at silk moth used for wedding dress

The Queen and Prince Philip were married for 73 years until the Duke died in April 2021 aged 99. The couple wed in 1947 at Westminster Abbey, and their wedding was seen as a cause for national celebration shortly after the end of World War II.

For her royal wedding, the Queen adhered to several key traditions when it came to her outfit.

The dress was comprised of the best of British fabrics and craftmanship, with Duchesse satin order from a firm near Dunfermline in Scotland and silk produced in Kent.

The Queen also included a staple royal tradition within her wedding bouquet – a sprig of myrtle.

Myrtle was presented to Queen Victoria by her husband Prince Albert’s grandmother in the 1800s.

The royal couple brought it back from Germany and planted it in the gardens of their beloved Isle of Wight home, Osborne House, where it continues to flourish today.

The Royal Collection Trust website explains of the Queen’s wedding flowers: “The bride’s bouquet, offered to the Princess by the Worshipful Company of Gardeners, was made with white Cattleya, Odontoglossum and Cypripedium orchids.

“Myrtle was added from the bush grown from a sprig of the bouquet of Queen Victoria’s eldest daughter, the Princess Royal.”

Royal brides since have included myrtle in their bouquets including the Queen, Princess Diana, Kate, Princess of Wales and Meghan, Duchess of Sussex.

Princess Eugenie and Princess Beatrice also carried myrtle in their wedding bouquets in 2018 and 2020 respectively.

Other blooms in a royal wedding bouquet are often chosen by the bride and groom based on the language of flowers and for sentimental reasons.

Kate, Princess of Wales incorporated ‘Sweet William’ into her bouquet in tribute to her husband-to-be.

Meghan, Duchess of Sussex carried a bouquet of Forget-Me-Nots which were handpicked by Prince Harry from their private garden.

Meghan’s bouquet also included myrtle from a bush started from the sprig in the Queen’s wedding bouquet.

Princess Eugenie carried lily of the valley, the late Queen’s favourite flower, and ivy perhaps in tribute to her home with husband Jack Brooksbank, Ivy Cottage.

Royal brides also follow the tradition of leaving their wedding bouquets at the Tomb of the Unknown Warrior in Westminster Abbey after their ceremonies.

A soldier brought back from France after World War I is buried at the site, and the Queen Mother started the tradition of leaving royal wedding bouquets there in 1923.

The Queen Mother placed her flowers there in tribute to her brother Fergus who died in the war.