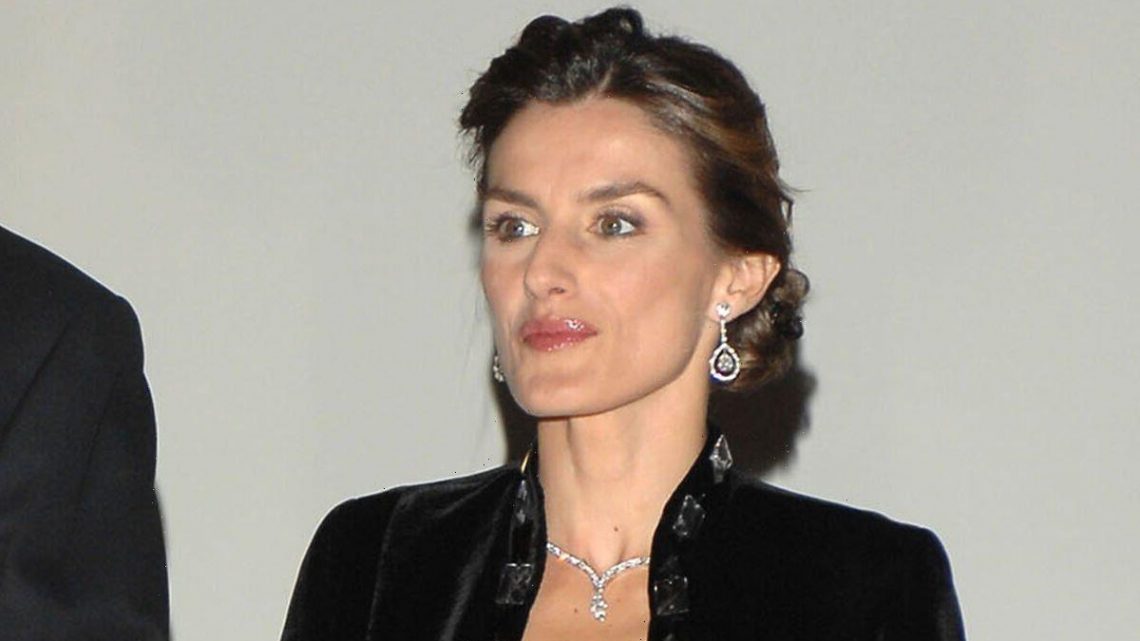 Queen Letizia of Spain is considered one of the most fashionable royals in the world and she often keeps up to date with the latest style trends. But Letizia also knows the power of paying homage to the past with her outfit choices, something she proved when she wore Queen Sofia’s wedding necklace a few years ago.

In 2007, then-Princess Letizia donned Queen Sofia’s wedding necklace for a gala dinner marking the opening of the El Prado Museum extension in Madrid.

The understated necklace is adorned with diamonds and features a subtle v-shaped drop.

Then Princess Sophia of Greece wore the timeless necklace with a cross pendant for her wedding day in 1962.

In the decades following her wedding, Sofia tended to wear the necklace with a diamond-drop pendant rather than a cross.

Sofia wore her wedding necklace for key family moments including the christening of her niece Princess Alexia.

Zack Stone of diamond experts Steven Stone commented: “Queen Sofia’s diamond wedding necklace is one of the most stunning jewels in her collection.

“The sparkling piece was first worn by the former monarch during her wedding.

“She’s continued to wear it to events of great importance over the years, including the christening of Princess Alexia – making it a particularly sentimental piece.

“Queen Sofia isn’t the only royal to have worn the necklace and Queen Letizia paid homage to her mother-in-law by wearing it at a gala dinner in 2007.

Letizia has worn other jewels Sofia wore on her wedding day too, including her heirloom tiara.

Letizia married the former Prince of Asturias and current King of Spain, Felipe, in 2004, and she also opted for the Prussian Tiara.

Diamond laurel leaves feature on the diadem along with glistening columns.

At the centre of the tiara is a dangling pear-shaped diamond pendant.

Other Spanish royals have worn the diadem including Sofia and Juan Carlos’ daughters Infanta Cristina and Infanta Elena.

But the tiara first belonged to Sofia’s family as a Princess of Greece rather than the Spanish royal family.

The tiara was made by German jeweller Koch for Princess Viktoria Louise, daughter of Kaiser Wilhelm II, for her marriage to Prince Ernest August of Hanover in the early 20th Century.