Earlier this afternoon, Prince Harry and Prince William unveiled a sculpture of their late mother, Diana, Princess of Wales. The pair put their differences aside at Sunken Garden, in Kensington Palace, to honour Diana on the day she would have turned 60. Throughout her life, the princess was considered a style icon for many and still continues to inspire fashion today.

In the bronze statue, designed by Ian Rank-Broadley, Diana can be seen in a midi dress featuring long sleeves and a belt.

An official statement said: “The portrait and style of dress was based on the final period of her life as she gained confidence in her role as an ambassador for humanitarian causes and aims to convey her character and compassion.”

And royal fans think they have found the exact outfit, from a Christmas card in 1993 which features her in between her two sons.

It shows Diana, who donned a casual blue unbuttoned blouse and a large rectangle belt buckle, looking lovingly towards William as Harry gazes up at her. 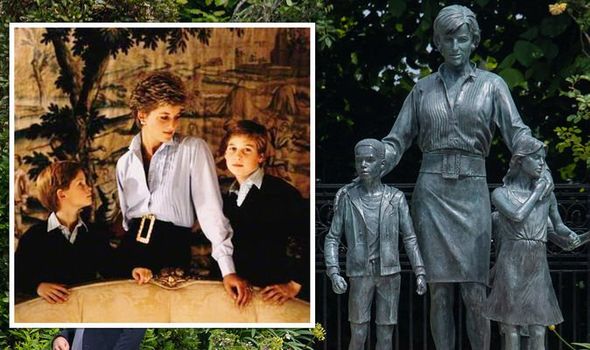 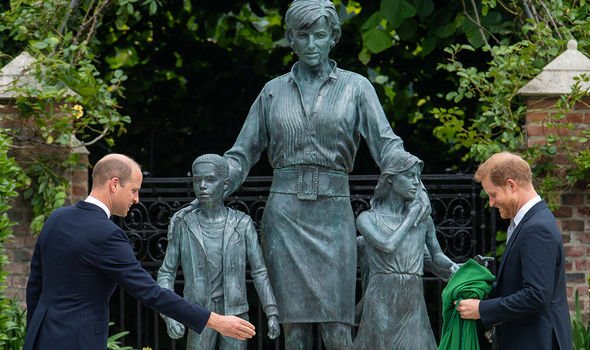 Sharing the snap on Twitter, one royal fan said: “The statue’s outfit reminds me of Princess Diana’s card for Christmas 1993.”

One noted: “I think this is exactly it.”

And another added: “I was wondering where he got the idea for that huge buckle.”

But others did point out that her hairstyle appeared to be “slightly later” than what is seen in the new statue. 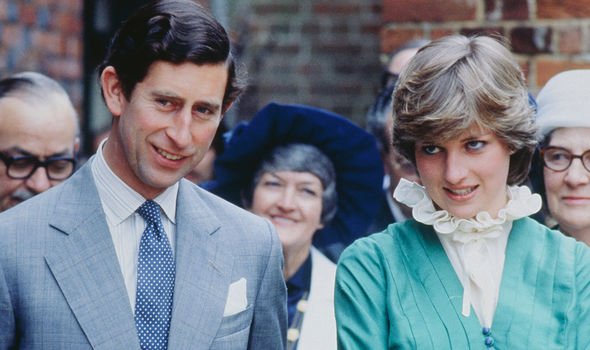 The 1993 Christmas card marked the first time Prince Charles and Princess Diana each sent out their own festive greetings after they separated in 1992.

The style of Diana’s dress in the statue is reminiscent of a number of ensembles worn by the royal later in her life.

After her divorce from Charles, she went on to develop more individuality with her fashion choices.

It came as she gained confidence in her role as an ambassador for humanitarian causes.

In one photograph from their summer holiday in Majorca in July 1988, Diana, with William and Harry, can be seen on the steps of the Marivent Palace donning a flatting red pencil skirt and three-quarter length white blouse. 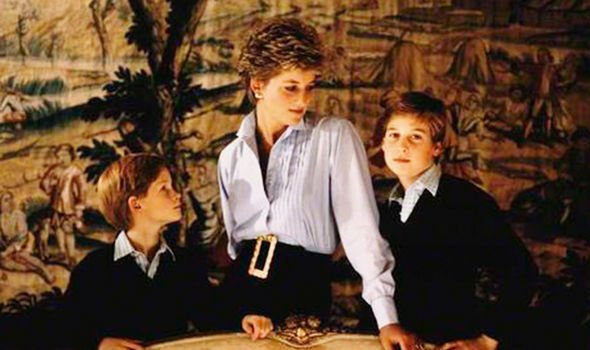 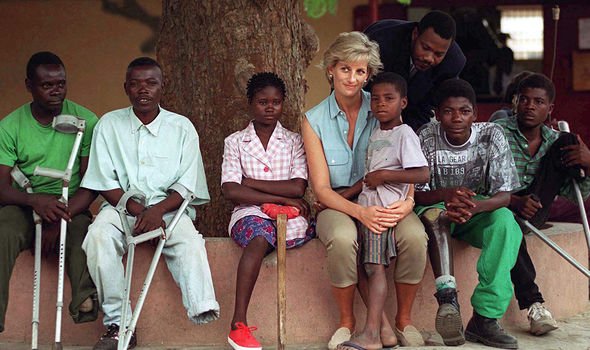 On another occasion, during a trip to Egypt in 1992, the royal opted for a pale-blue pleated skirt featuring the same thick pleated belt.

And a third example, from the same trip, shows her wearing a lemon-coloured skirt and blouse as she walked with a boy she met on a visit to Cairo.

The statue was commissioned by William and Harry in 2017 in memory of their mother and to mark the 20th anniversary of her death.

The brothers wanted the statue to recognise her positive impact around the world, and help future generations understand the significance of her place in history.

In the new figure, Diana is surrounded by three children who represent the impact of the Princess’ work.

Beneath the statue is a plinth engraved with the Princess’ name and the date of the unveiling.