Home » Fashion » My mum & I are extreme cleaners, from vacuuming rat poo to mountains of rubbish, what we’ve seen will shock you 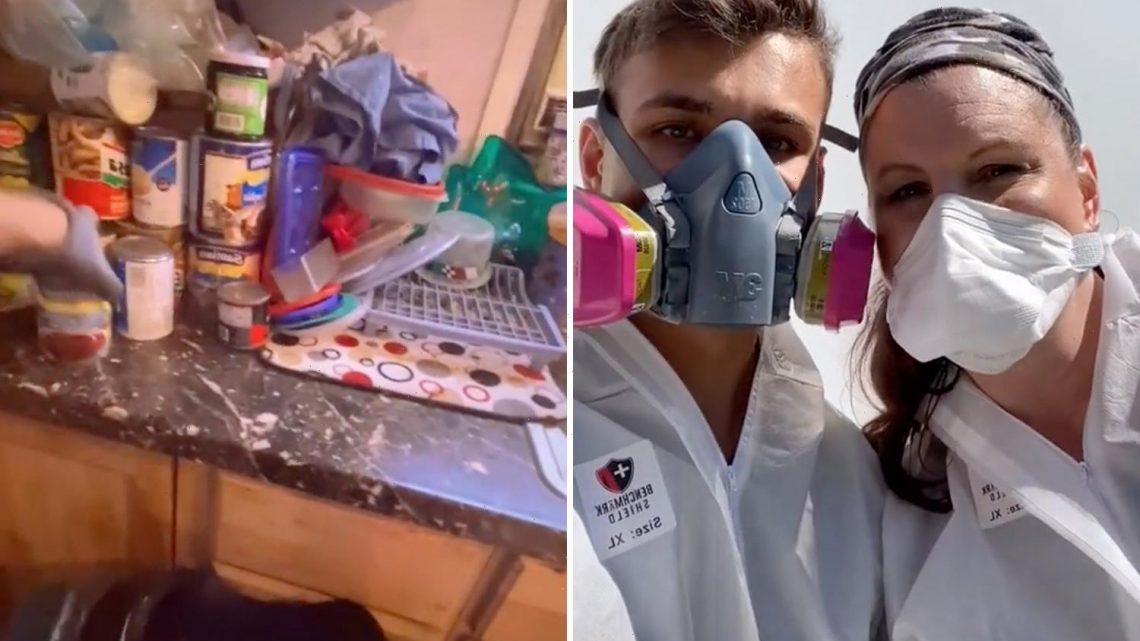 My mum & I are extreme cleaners, from vacuuming rat poo to mountains of rubbish, what we’ve seen will shock you

A BIOHAZARD cleaner shared the most horrifying parts of his job, which he does alongside his mum, including hoovering rat faeces and filling up two skips full of rubbish from ONE person’s house.

Amazingly, the cleaner loves his job, and says that it’s a "fun little bonding experience" for him and his mum. 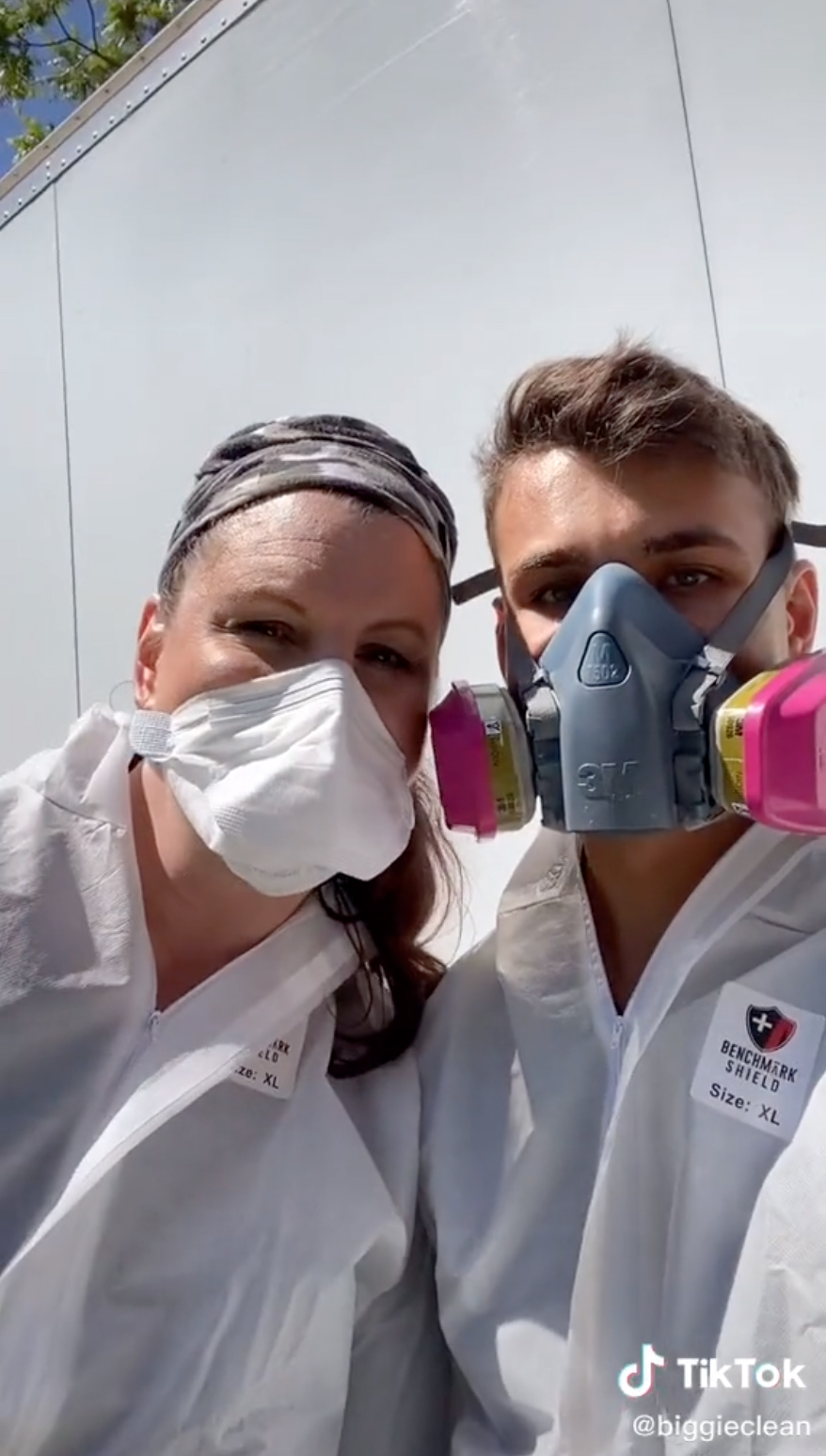 Tiktok star and biohazard cleaner @biggieclean says he shares his most extreme cleaning experiences in order to spread awareness and reduce stigma around hoarding and related mental illnesses.

In a recent viral video, the Tiktok user explained exactly what it means to work in hoarder homes.

He explains: “I help clean out hoarder houses, which can range from just a little bit of stuff to literally up to the ceiling with junk.”

He’s not just someone who removes rubbish, he has to actively sort through his clients’ possessions – even if this means keeping things that are covered in rat faeces. 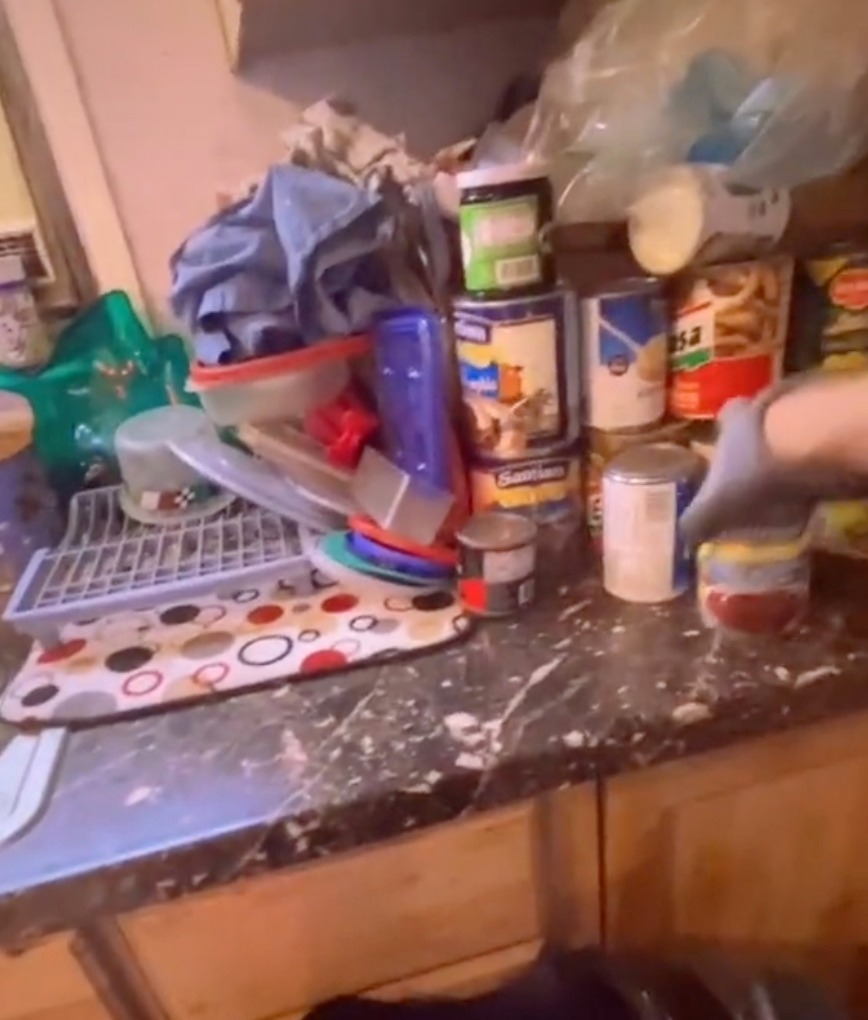 “So, for example, this corner that I’m working on, we got permission to throw everything away, because it was all expired and really gross.

“Other times, you might just have a client that’s like: ‘Yeah, even though it’s covered in rat faeces, I have to keep it, and I need you guys to box it up for me.’”

In some cases, the man has to vacuum up mountains of rat excrement.

In a video clip, he shows himself wearing full PPE in a hot attic, using a giant hoover to suck up every piece of insulation, as it’s all saturated with rat urine and faeces. 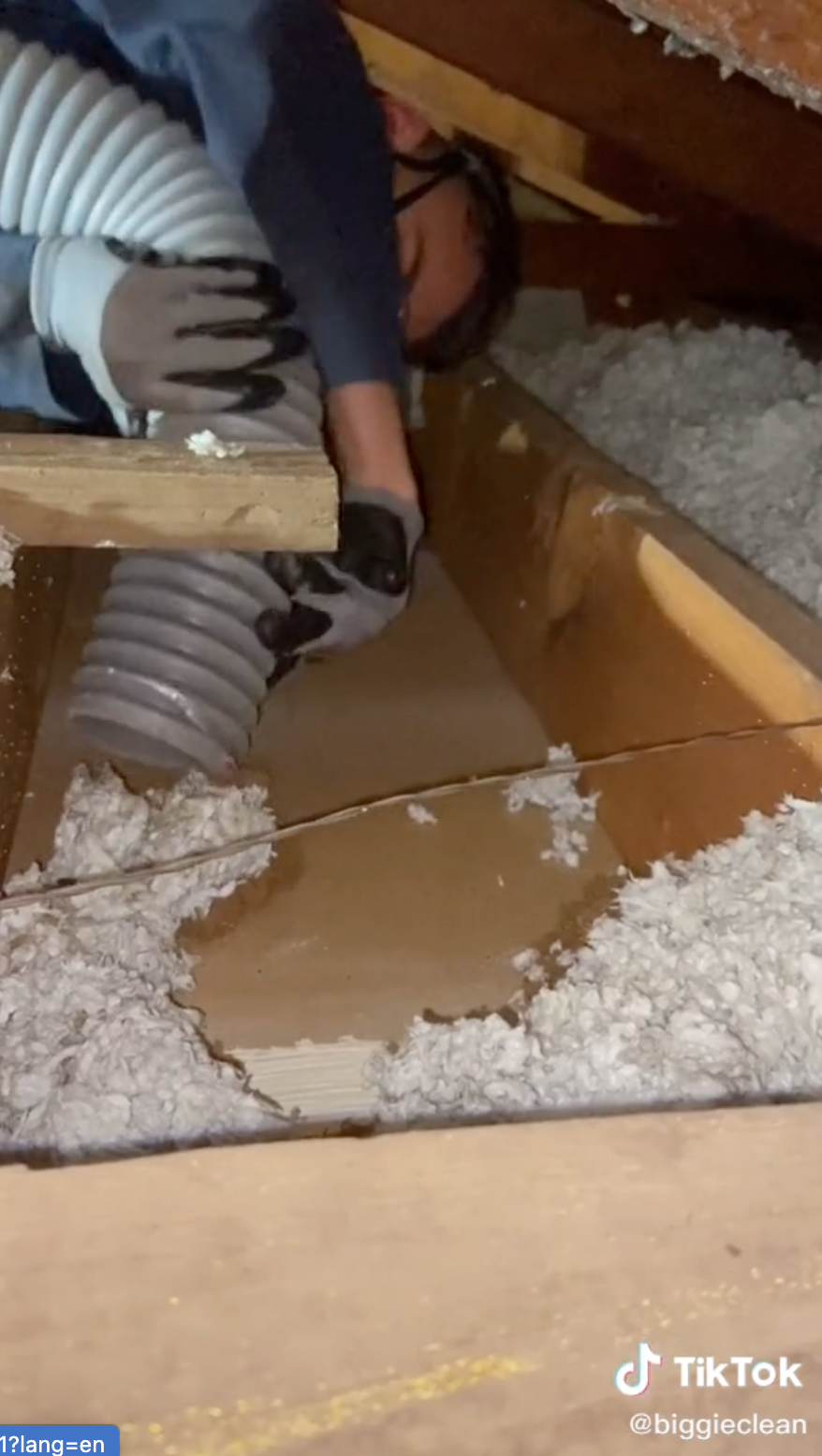 He explains: “Working at a biohazard company doesn’t mean I just pick up human poop – I also pick up rat faeces, racoon faeces, squirrel faeces. I pick up all the faeces!”

“Every now and then I have to go up into a super hot attic and suck up all the insulation the rats got into.

“We go row by row, picking up all the insulation that’s been soaked in urine and faeces and all that nasty stuff. 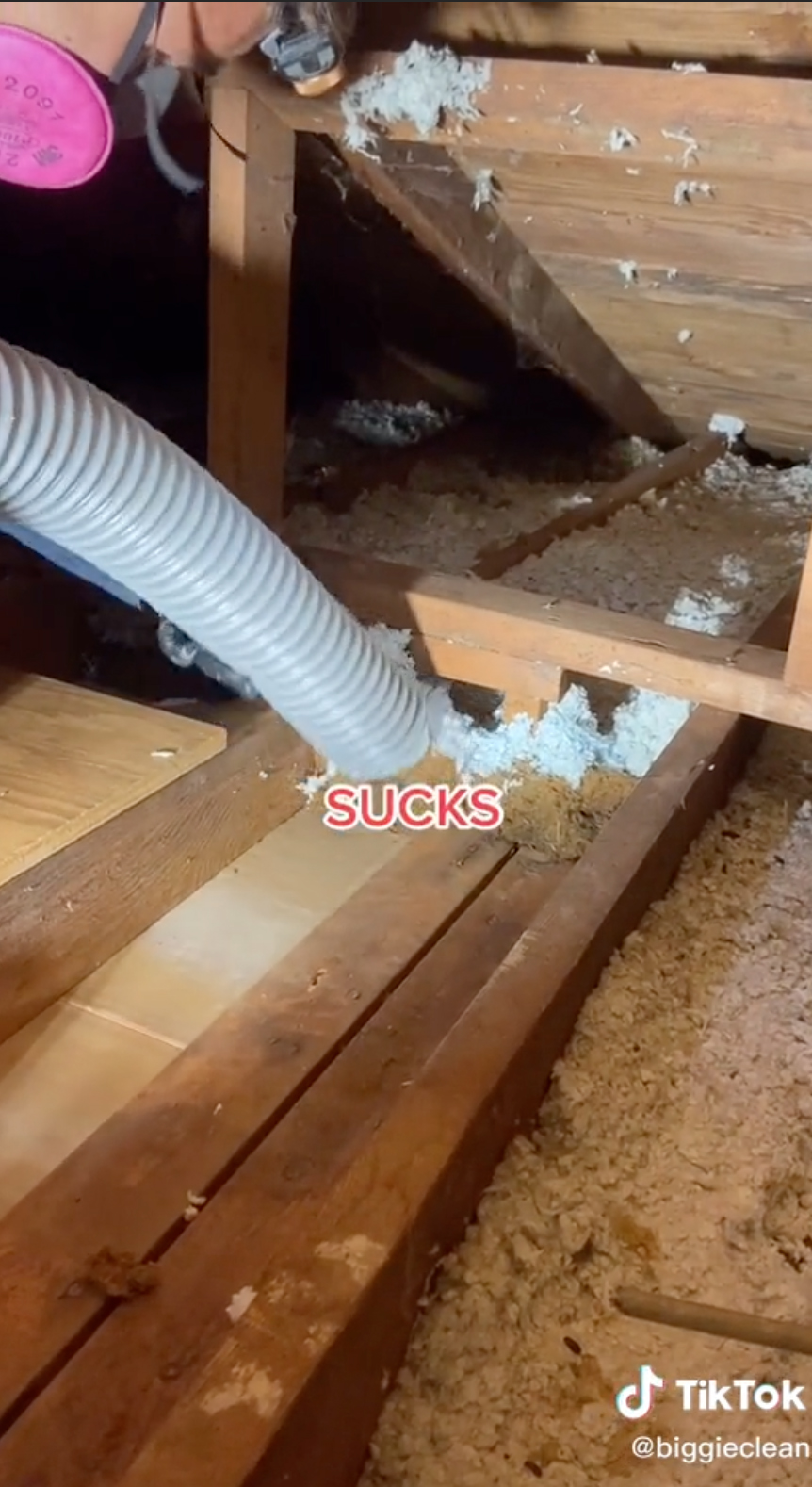 The job isn’t just limited to hoarders who need help – the biohazard user also has to clean up after secret squatters.

He says: “Today we got word from a landlord that someone had been living under the staircase and left a bunch of trash down there.”

The cleaner must squeeze into the tight space in order to clean it – he says he had to overcome claustrophobia to do this part of his job.

He explains that he has to work slowly through the squatter’s possessions, in case there are needles among the rubbish.

“You don’t want to accidentally poke yourself, so I really make an effort to go slow”, he explains.

Needles aren’t the only issue, however, as the cleaner spots human excrement in the area. 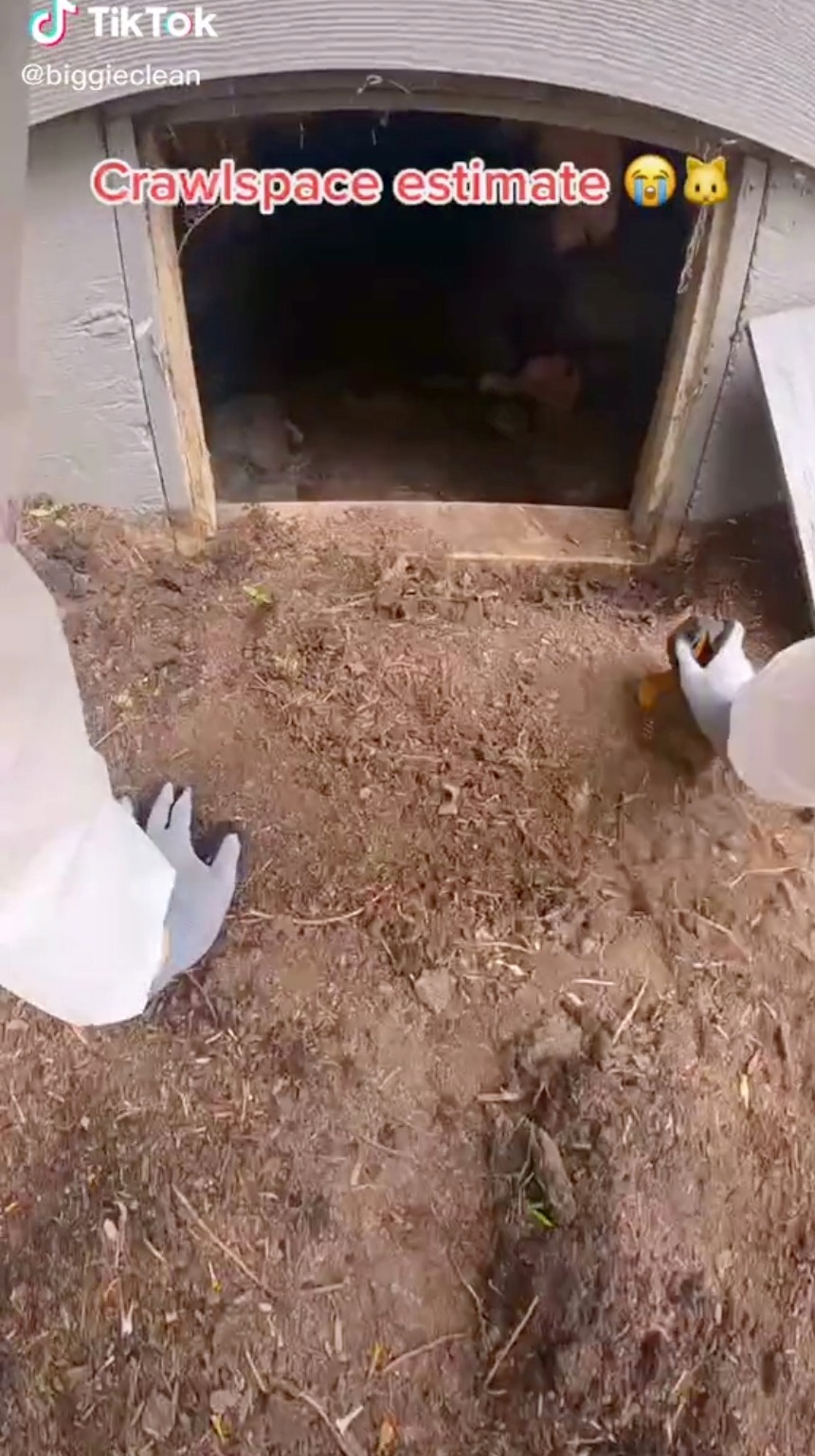 “I spot out of the corner of my eye another really big dookie.

“So you know what I do, I put on my full PPE suit: I got my respirator, double gloves and face shield, just to be safe.

“And then I just start shovelling all that crap into the bag because you don’t know where all the faeces and urine went.”

In one shocking video, the man describes a day cleaning out a hoarder’s home. 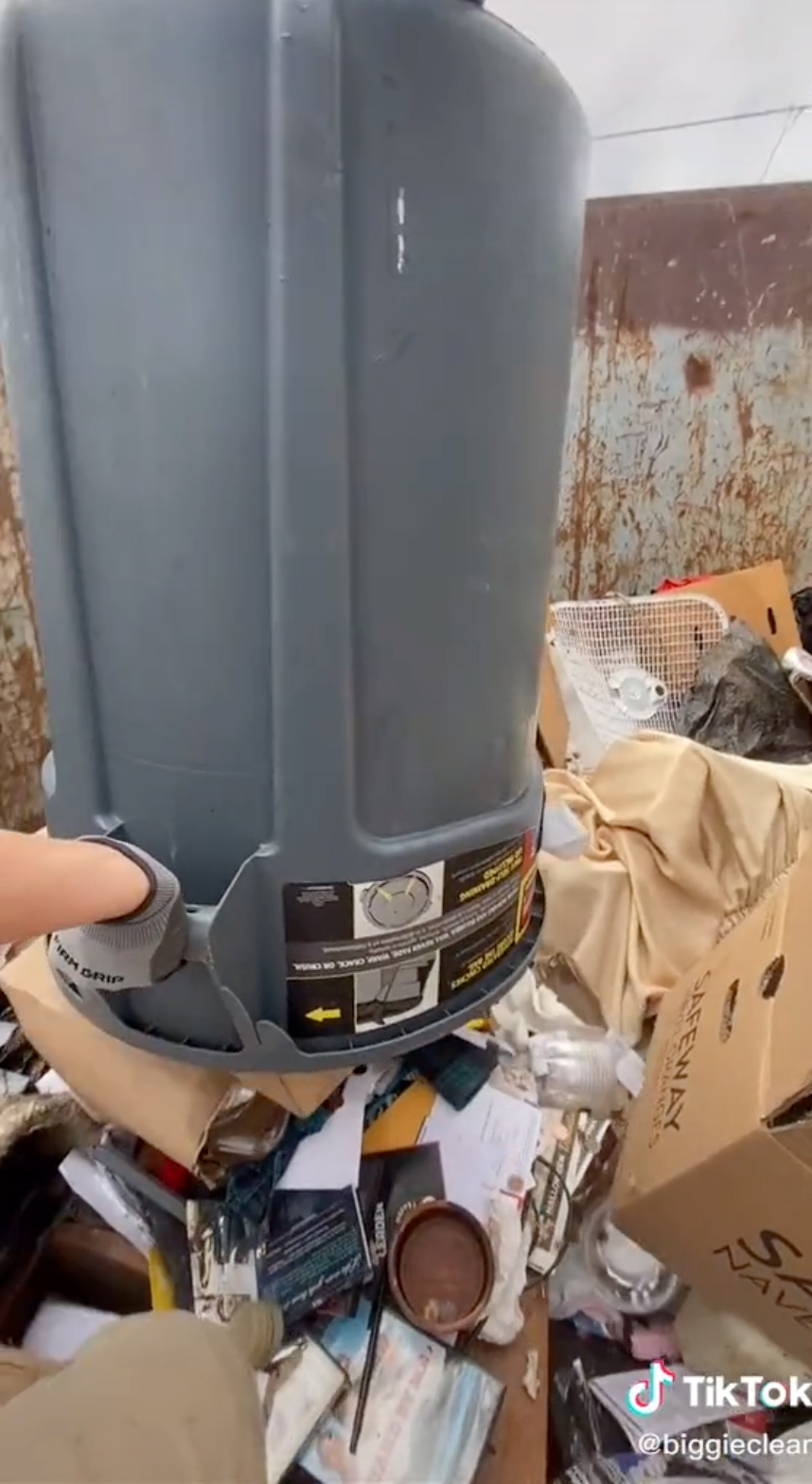 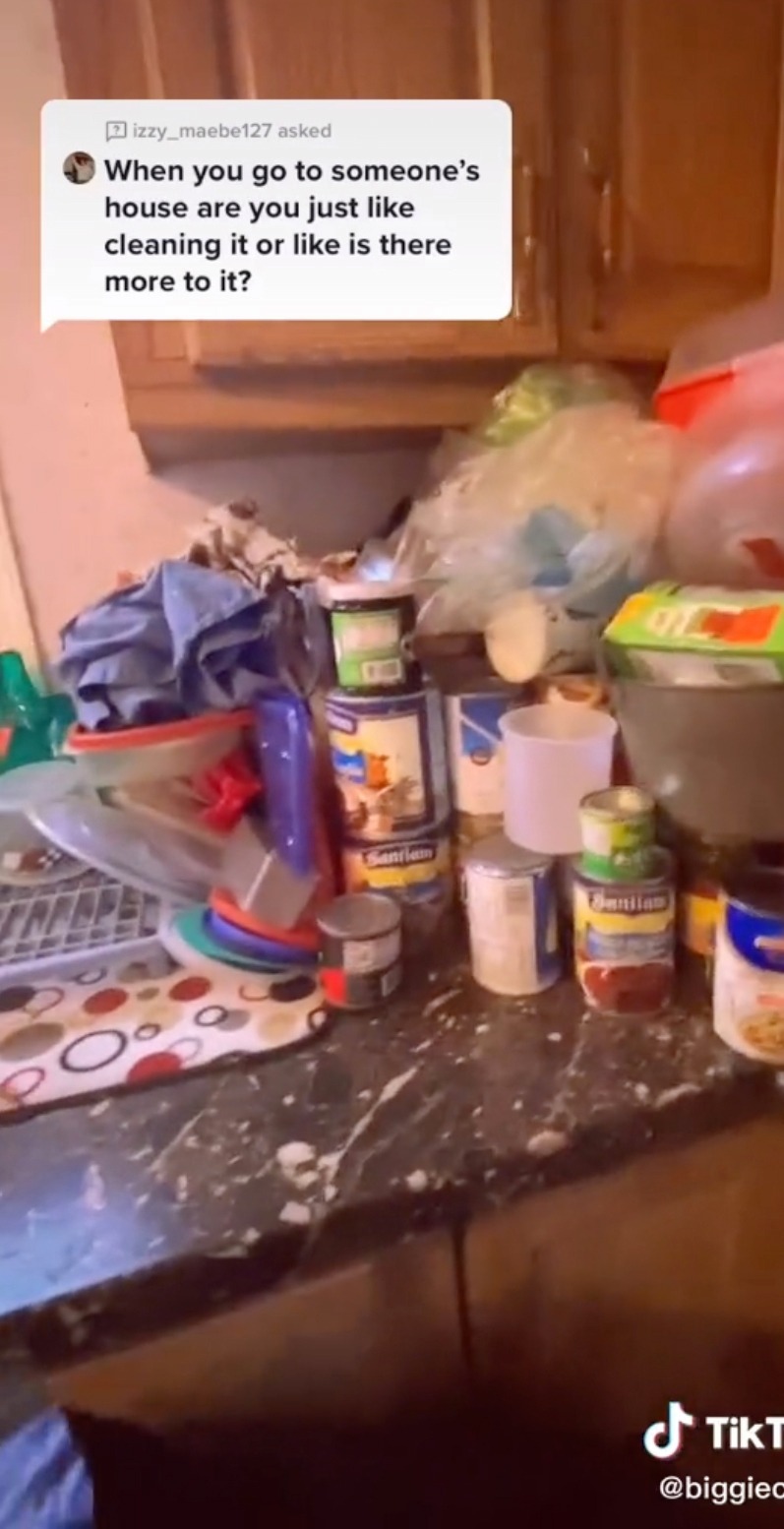 In the clip, he says he and a team of six people dealt with one person’s home, and they filled two 40-foot skips full of rubbish.

The team have to remove the entire hoard, but they also have to sort through everything to find important paperwork in the home.

He explains: “We were hired because the family needed the entire hoard removed, but they also needed important documents, like social security and wills and that sort of thing.”

Though the job is obviously challenging, the man says in a video that he uses his job as a way to “show grace and kindness to people who are so embarrassed of their living conditions”.

He adds: “I really want to help people who are really suffering.”

He also uses his job as a way to spend time with his mum, who works alongside him.

“And the other reason is that I get to work really closely with my family. I actually work with my mom on these jobs, so it’s a fun little bonding experience for us”, he says.

In other cleaning news, a professional cleaner reveals the one bit of your bedroom you're probably not cleaning and you definitely should.

Plus, one cleaning fanatic gets their 'manky' whites sparkling again and all they used was a dishwasher tablet.

And Mrs Hinch shares the easy way she gets rid of grim grease and dust stuck to her lampshade.