Home » Fashion » My mum had Munchausen syndrome – she faked illness in my childhood, said dad was about to die & called me ugly & stupid

My mum had Munchausen syndrome – she faked illness in my childhood, said dad was about to die & called me ugly & stupid

As a child she had believed her mum Elinor was battling ME, a debilitating condition with symptoms including joint pain and extreme exhaustion. 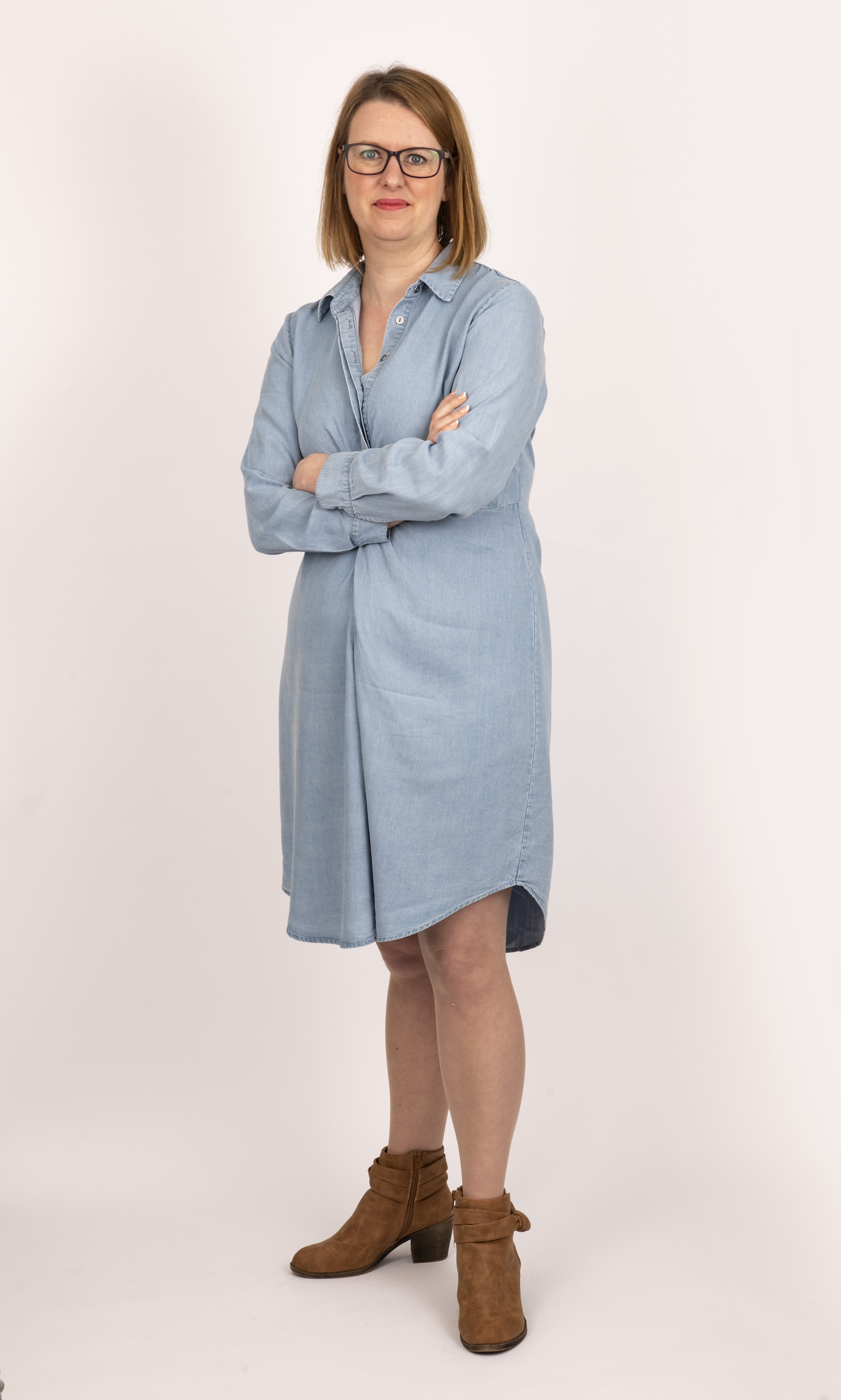 But two years after Elinor’s death, Helen discovered her mum had faked her illness for 30 years.

Elinor displayed classic signs of Munchausen’s syndrome, where someone deliberately produces symptoms of a phony illness.

Helen, a 38-year-old writer from Nottingham, says: “I was shocked and heartbroken to discover a completely different side of the story — one where I had been shut away and neglected through-out my childhood while my mum weaved her web of lies to make herself out to be the victim.

“My parents didn’t take me out for the day. There were no family walks or bike rides and we didn’t visit relatives. Life just revolved around my mother and her ‘illness’.

“I was expected to entertain and care for myself over weekends and holidays. Mum said she couldn’t even walk me to the corner shop.

“But when I was at school, she was often out shopping with her friends or going for lunch with my dad. It was all in the diaries.”

Helen was seven when she was told of her mum’s diagnosis.

She says: “I don’t remember Mum being diagnosed with ME but I remember her telling me.

“She would sometimes say looking after me had made her condition worse. I believed she was going back to bed and staying there all day sleeping and resting, while I was at school.

“I learnt at a young age that she mustn’t be bothered. If there were any problems with friends or at school, I kept them to myself.”

In one diary entry, Elinor writes about going apple-picking and having fun on day trips.

Yet all the while she told her daughter — and doctors — she was sleeping for 18 hours a day.

Helen says: “When I read the diaries, I began with the last few years of Mum’s life and events I could directly compare with my own experiences of them.

“I felt crushed by the contradictions, the twisted distortions and outright lies. She referred to me as a screaming banshee and in later entries she called my children fat.

“There was no affection and she was always the victim.”

There were also details of how Elinor mistreated Helen as a baby.

She says: “When I was six months old, my parents took me to Bournemouth on a rare family holiday.

I was manipulated and gaslighted by my own mother. I felt unloved and unlovable.

“I couldn’t believe what I was reading.

"There’s a difference between leaving your infant alone while you go for dinner and leaving her for four hours while you sit in the bar and go for a walk along the beach.”

Another entry revealed how Elinor had given her baby daughter whisky when she struggled to sleep.

Elinor also manipulated Helen into thinking that her dad Alan, who suffered with a heart condition, could die at any moment.

She says: “When I was ten, Mum told me my dad could ‘drop dead at any time’.

From then on I felt a huge responsibility towards my parents, believing I would have to be the sole carer for my mum if the worst happened.

“I really believed I might have to drop out of school and give up my own future to care for her, which compounded my anxiety.

“I was manipulated and gaslighted by my own mother. I felt unloved and unlovable.”

The couple went on to have two children, son Bailey, ten, and daughter Blossom, eight.

But rather than dote on her grandchildren, Elinor did not welcome their arrival.

Helen says: “She couldn’t cope with not being the centre of attention and pulled all kinds of tricks to bring the focus back to herself.

I felt crushed by the contradictions, the twisted distortions and outright lies. She referred to me as a screaming banshee and in later entries she called my children fat.

“She would tell me how ill she was feeling so family meals were cut short, or visits cancelled at the last minute.

"Yet in her diaries, it was clear she was enjoying pretending to be unwell, and the attention she received.”

By this point, Elinor was now claiming she had Parkinson’s disease. But tests proved inconclusive — sparking Helen’s suspicions.

She says: “Mum called me constantly and there always seemed to be a medical drama or situation that needed attention.

“Her biggest mistake was trying to feign Parkinson’s disease — it is different to ME, which is diagnosed on symptoms alone.

“With Mum’s behaviour becoming increasingly odd, I looked online and came across a website about narcissistic personality disorder, which mentioned Munchausen’s syndrome. That was when things started falling into place.”

“Sufferers end up with real physical symptoms but they are creating ailments and illnesses themselves so they end up taking on the role of a sick person.

“They might take medications that cause side-effects which can be seen to others, such as hair loss or loss of vision.

"Or it could even be something like hearing voices, which is impossible to disprove.

“It is a difficult condition to treat because as far as the sufferer is concerned, everything they experience is genuine.”

The diaries came to light five years ago, when Elinor died in a nursing home aged 69 after developing an infection.

It was two years before Helen felt ready to read the diaries — which would confirm her suspicions.

Helen, who still has the diaries, adds: “I was devastated by her death because although I wished things had been different, she was my mum and I loved her.

“I was still grieving when I read the diaries and although I’d had my suspicions, the truth felt so much worse.

“I’ll never forget how my childhood was stolen by my own mother. She gave me life — but did all she could to make it miserable.” 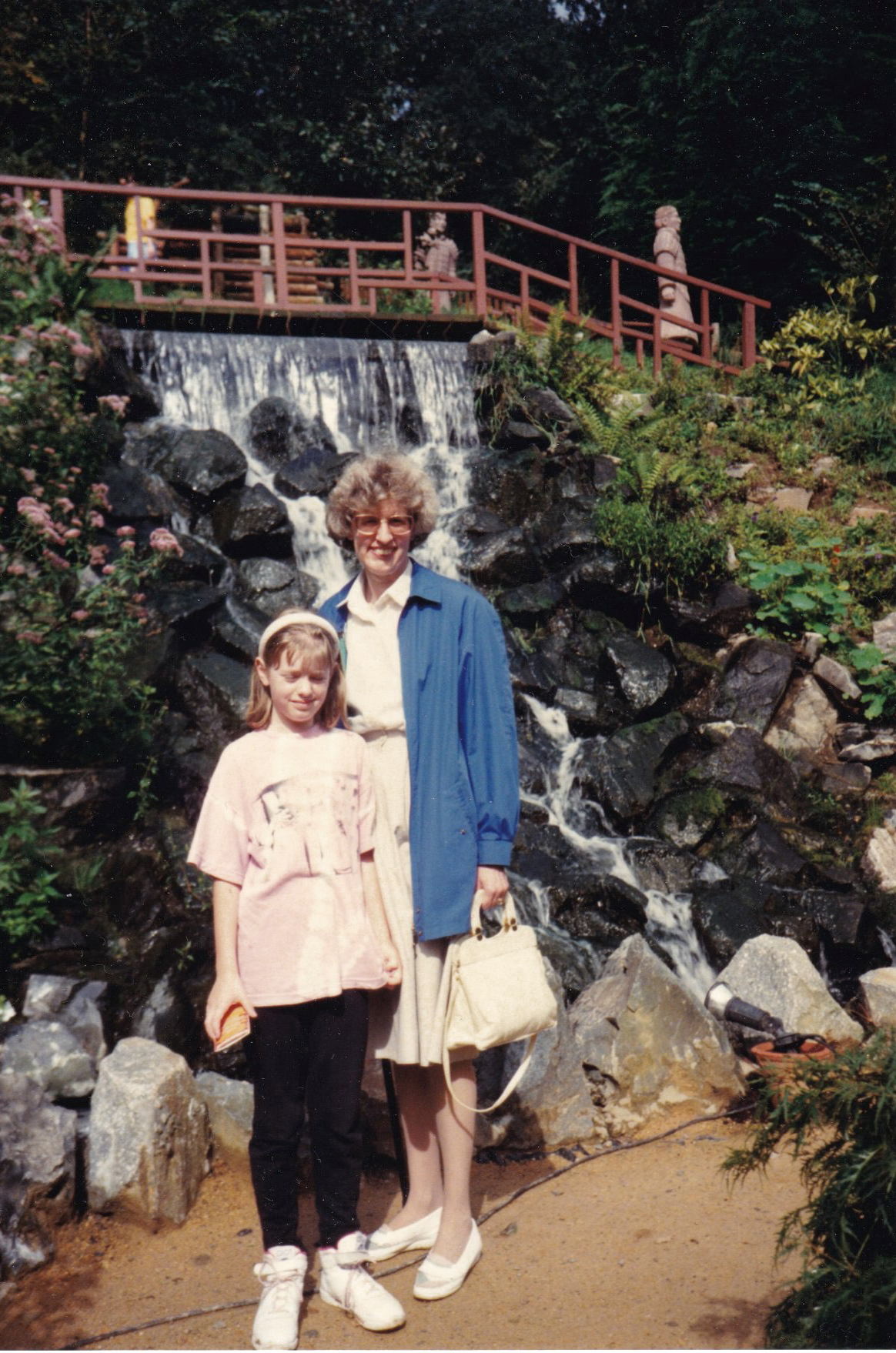 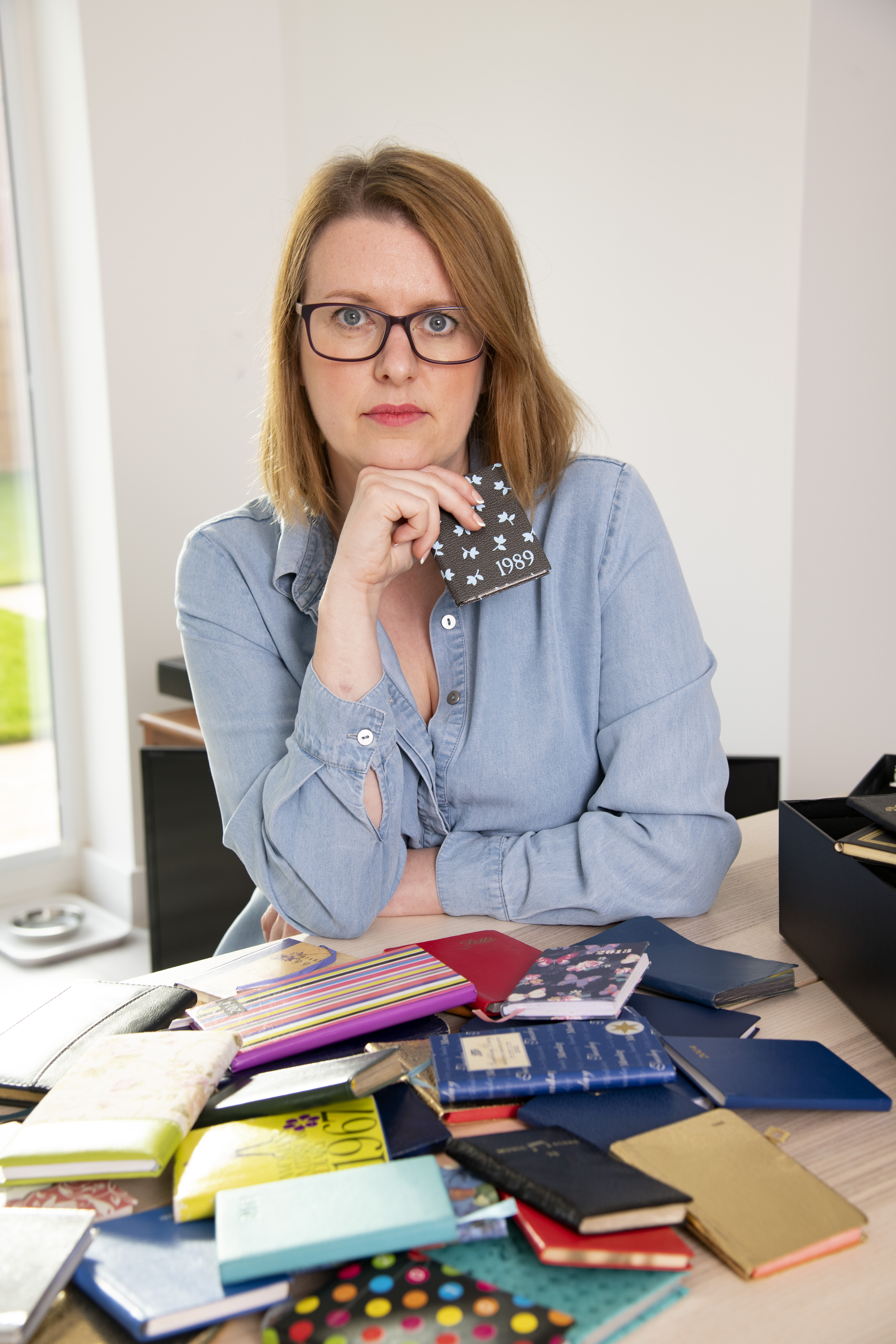 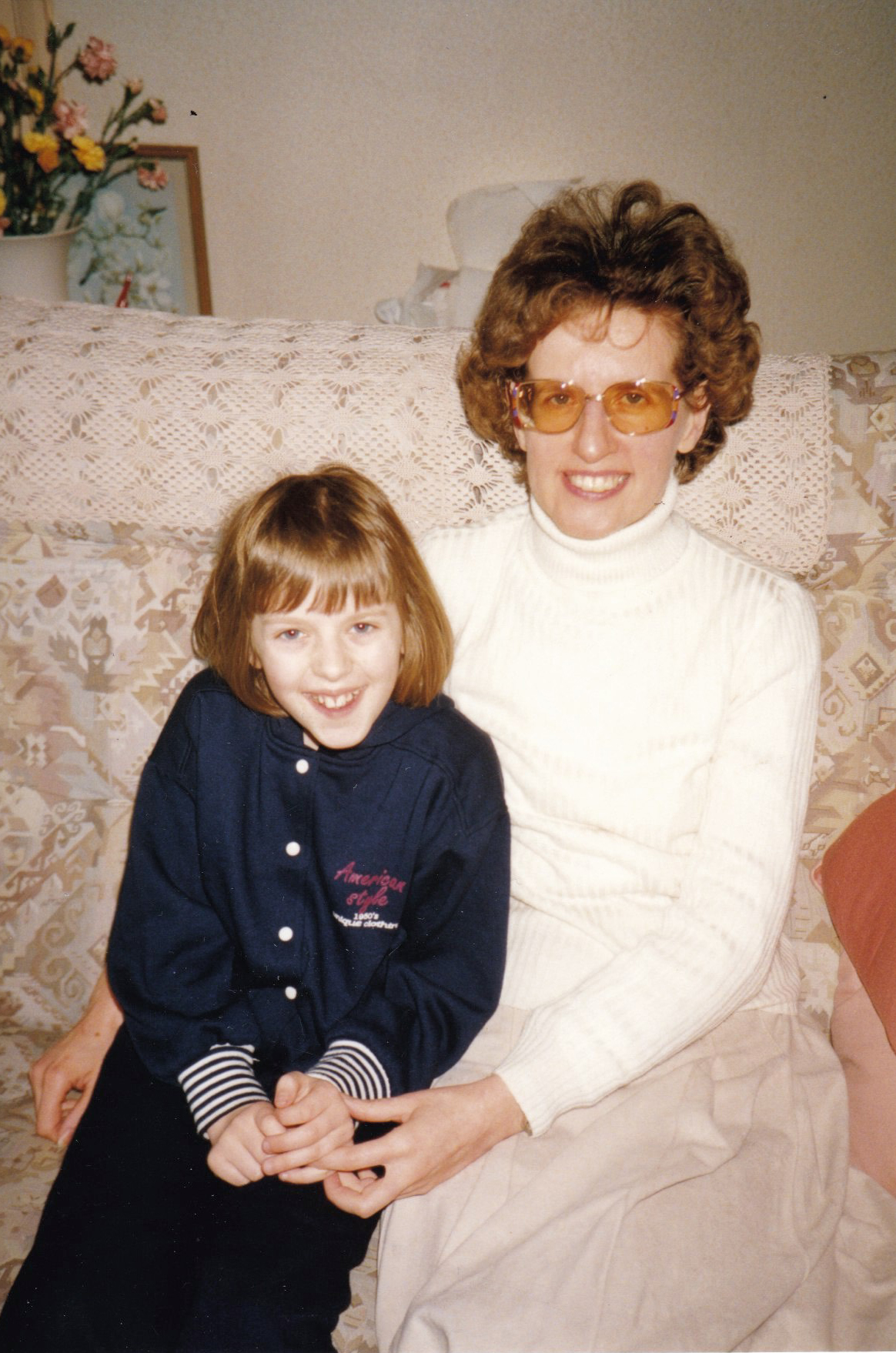 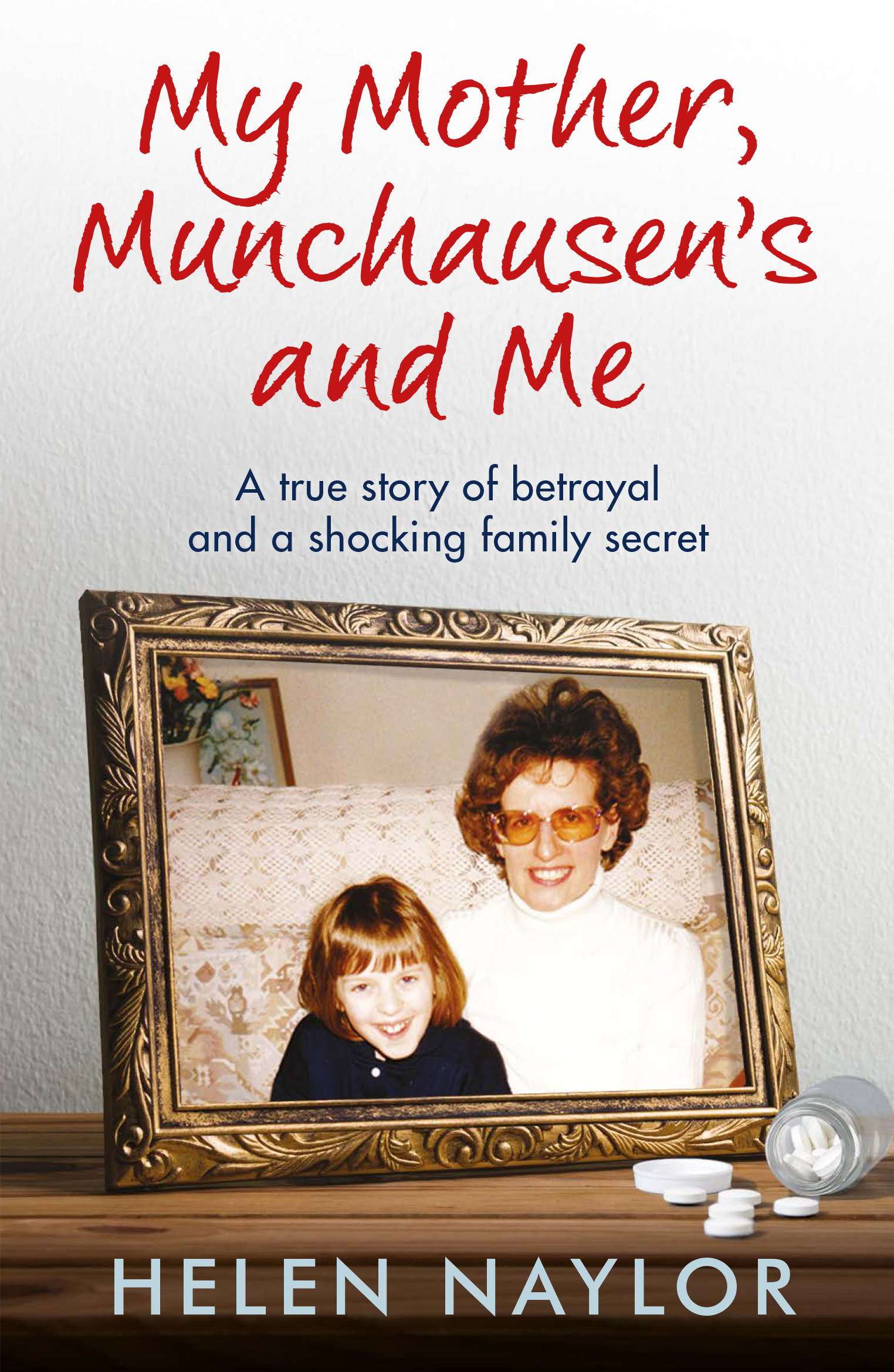