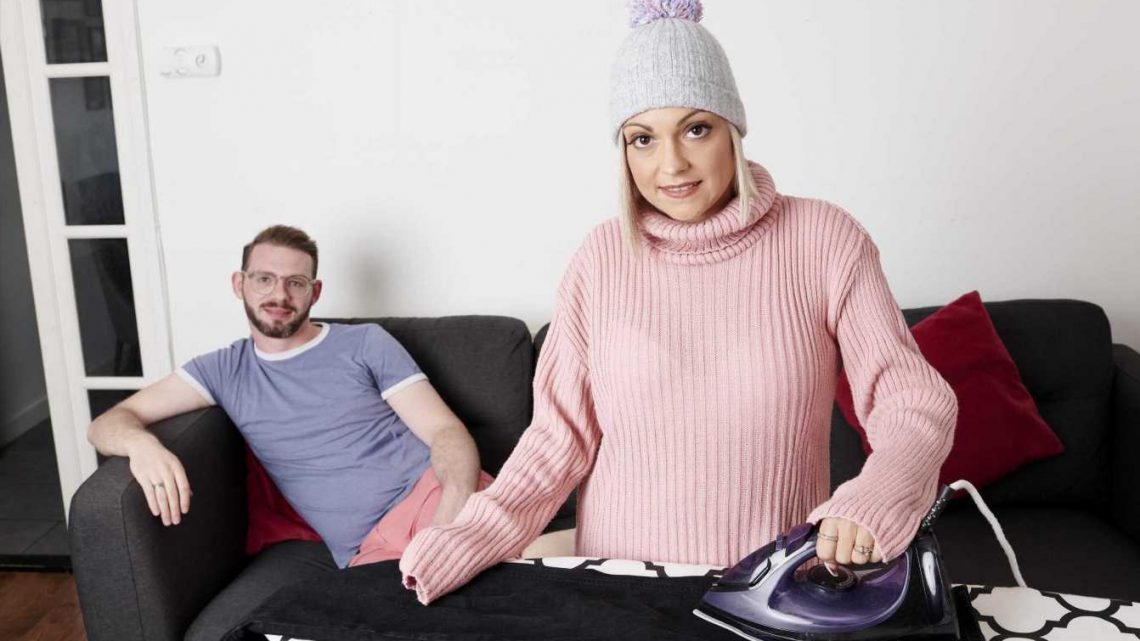 UP and down the country couples are grappling with soaring heating bills and wildly different body temperatures.

A third of couples argue over the central heating, but the recent energy price cap rise — taking the standard or default tariff up by £139 to £1,277 for a typical customer — has amplified the problem.

Mum of three Lianne Brown’s internal thermostat means that she is constantly cold while thrifty husband Kieran, 31, lives in shorts and T-shirts and keeps tabs on how much heat they are using.

And scientists at a university in Tel Aviv confirmed last week that Lianne is not alone — women really do feel the cold more than men. The difference in body temperature is a quirk of nature meant to keep the sexes apart so that they do not clash.

When coupled up in the same house, though, it is difficult not to disagree over the bills, especially as experts predict the price cap to reach £1,660 next April.

For cost-cutting Kieran, an operations director for a car warranty company, and Lianne, it could be a winter of discontent.

Lianne, 29, who lives with Kieran and their children Oscar, eight, Florence, six, and Esme, four, in Tunbridge Wells, Kent, says: “Kieran is obsessed with saving money on the heating and if he had his way, the thermostat would be set to zero all year round.

“If I’m cold, he tells me to stop moaning and to stick on another jumper while he’s happy in shorts and a T-shirt.

“I have more blankets in my living room than The Range.

“The only time I don’t sit under a blanket is when I’m doing the ironing. How many women iron to keep warm? It’s ridiculous.

“I’ve even taught the kids that 25 is the ‘magic’ number on the thermostat.

“If I turn it up and Kieran catches on I blame them, which then causes arguments because he calls me a liar.”

When they met in 2010, Lianne says Kieran was more relaxed about bills. But moving into a bigger house six years ago triggered the heating wars.

She says: “Neither of us had a clue how much utility bills cost when we first started living together. But when Oscar was almost four, we moved from a two-bedroom semi into a three-bed with an extra downstairs room, which meant the house cost more to heat.

“During that time Kieran worked at home to look after the kids, which meant he took responsibility for sorting the bills. That’s when the trouble started.

“He drew up a spreadsheet to keep track of how much we were spending, and the bickering began. When he complained we had the central heating on too much, I argued that I was paying my fair share of the bills.

“It has to be like the Arctic outside before Kieran budges and even then, he insists 20 degrees is warm enough.

“But that’s a normal room temperature so the thermostat has to be over that for the boiler to switch itself on. He doesn’t understand the logic of how a thermostat works.”

In May, Lianne quit her job as a support worker at a GP surgery to study for a degree in business management, meaning she spends most of her days at home.

Although Kieran went back to work last month after his furlough ended, he still keeps tabs on the family’s spending.

The couple, who spend £120 on gas and electric a month, have a smart meter which automatically sends readings to their supplier, Octopus.

Lianne says: “As soon as Kieran walks through the front door, he checks the smart meter to see how much we’ve spent on gas and electric and compares it to the previous day. It’s relentless.

“If I’m at home studying, I wear my dressing gown over my clothes. But if it gets really chilly, I put the heating on at lunchtime to warm the house through.

“As soon as the radiators are hot, I switch it off and would never put it on after 3pm because I can’t deal with Kieran’s moaning.”

As a cold snap is set to arrive in the coming days, with temperatures predicted to drop to single figures, Lianne and Kieran are worried.

She says: “Kieran is really anxious about the rise in energy costs and reminds me all the time that we must prepare. Even if that means cutting back on the food bills. We usually budget £110 a week but he says we will have to make cutbacks somewhere so I’m bracing myself.”

Despite the chillier weather, Kieran’s other bugbear is getting into a warm bed at night.

Lianne says: “Some men moan about their wives going to bed early because it impacts on their sex life — but not Kieran.

“He grumbles when I get an early night because it warms up his side of the bed.

“I’ve had an electric blanket on my Christmas list for years but there’s no chance of that happening.

“I come up with all sorts of excuses to persuade Kieran to put on the heating. The dogs are cold, the kids are freezing but he knows it’s just me.”

Even Lianne’s mum Paula, 52, an HR administrator, is at the bottom of the babysitting list because she likes the house hot, like her long-suffering daughter.

Lianne says: “Mum puts our heating on the highest setting so it’s like a furnace when we get home. She always tells me the house is freezing. Kieran is so tight, it’s embarrassing.”

Kieran says: “If Lianne’s not moaning that she’s cold, she moans about not having enough blankets.

“I don’t mind having the heating on from mid-November to February, but other than that I don’t see why it needs to go on. Just put a jumper and socks on.

“The kids don’t moan, so I know it’s just her who is cold-blooded.

“We have to be careful to stick to our monthly budget. I don’t want her to be uncomfortable, but we have plenty of blankets.

“For me, there is nothing worse than feeling hot.”

Six ways to keep the energy costs down

DUST RADIATORS: A build-up of dust on radiators can reduce the heat flow into the room, adding to heating costs. Money- saving expert Emmanuel Asuquo says: “Sludge can also build up inside radiators causing minuscule holes which makes them more likely to leak. If they’re taking longer than they should to warm up this could be the reason, so it’s a good idea to get them checked.” Also, placing silver foil behind radiators reflects heat back into a room rather than letting it escape through the walls.

BE CURTAIN CLEVER: Fixing the curtain rail 2-3cm above the window frame and the same at either side stops warm air escaping. Blackout curtains with thick lining cost more, but stop heat escaping, reducing heating bills.

USE THE TIMER: Emmanuel says: “Switching the heating on and off is more expensive than setting the timer because the system works harder to get the temperature back up — or we forget to switch if off. “Many people don’t know how to use their thermostat efficiently, but there are YouTube videos or try searching for your boiler’s manual online. Using the timer could save £100 to £200 a year.”

BLOCK THE CHIMNEY: If the fireplace doesn’t get used, get a chimney balloon — available online. It fits in the chimney flue to stop cold air getting into the room and is designed to shrink if you forget and light a fire in the fireplace.

USE BLANKETS AS DRAFT EXCLUDERS: Emmanuel says: “Making your home more energy-efficient can be expensive so use cheap blankets to block cold spots like under the front door.” Use cheap decorator’s caulk to fill gaps around windows and put a sponge in the letterbox.

SHIFT FURNITURE: “Move furniture away from radiators to make heat flow better,” says Emmanuel. “Repositioning your furniture could save you £50 or more a year in fuel costs so it’s worth the effort.”