A LITTLE girl's bedroom if often the closest thing she hasto having her very own Disney fortress – surrounded by colour, magic and light.

So when one mum decided to move her three-year-old daughter from her "box" room to a bigger space, the youngster's only request was that she wanted to have a "rainbow". 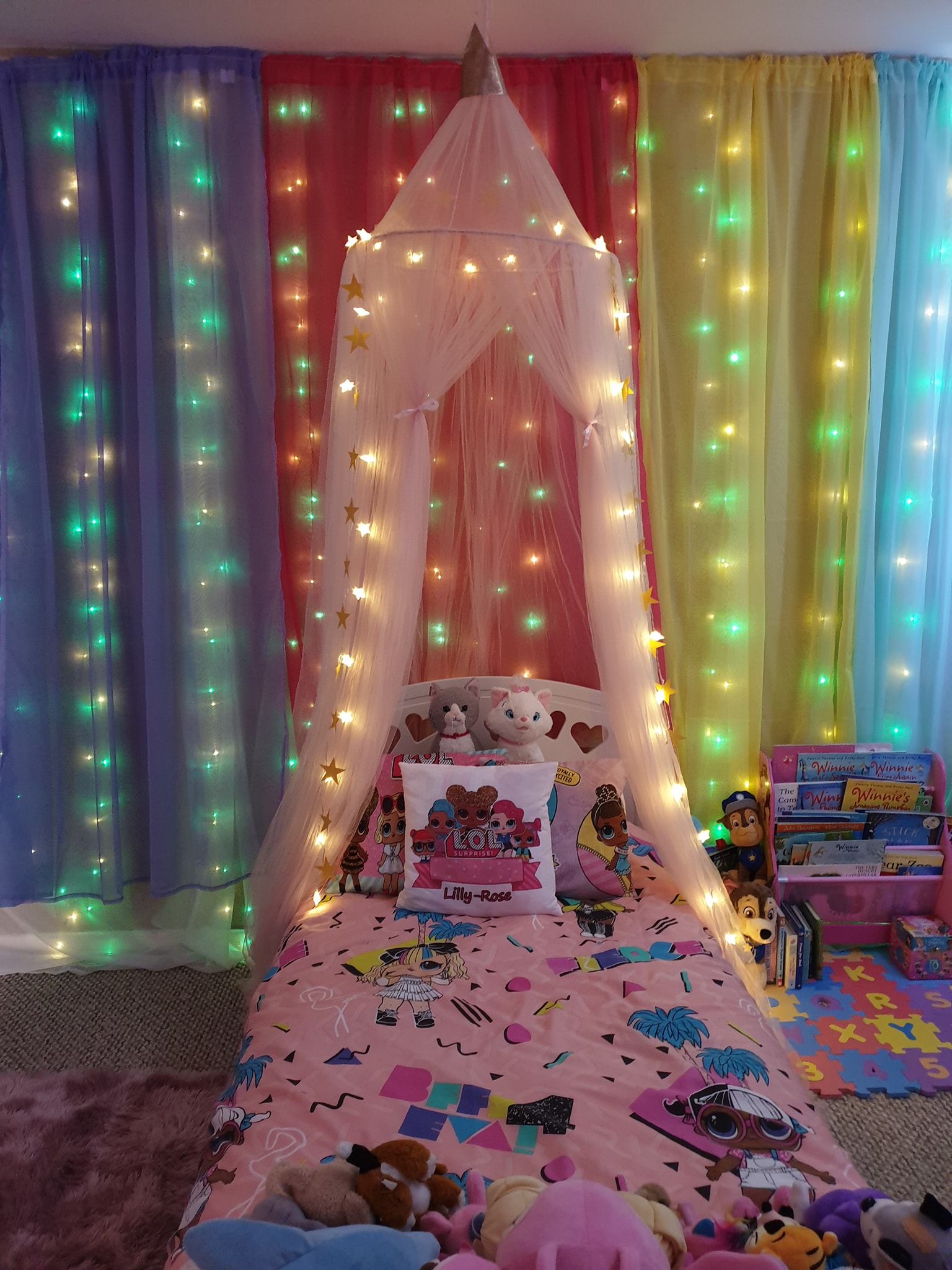 With that design brief in mind, Bonnie Jordan got to work on creating the ultimate rainbow-inspired bedroom and she was able to make the perfect retreat for her daughter on a budget.

A beautiful princess canopy now hangs above a white timber bed while the clever mum used rainbow voile curtains as a back drop.

But it's not rainbow themed without using every colour of the rainbow and that's exactly what Bonnie did adding various shades of blue, pink, purple, yellow and green.

The best part is that they light up too with strips of LED lights scattered throughout which can be picked up from Amazon for just under £10. 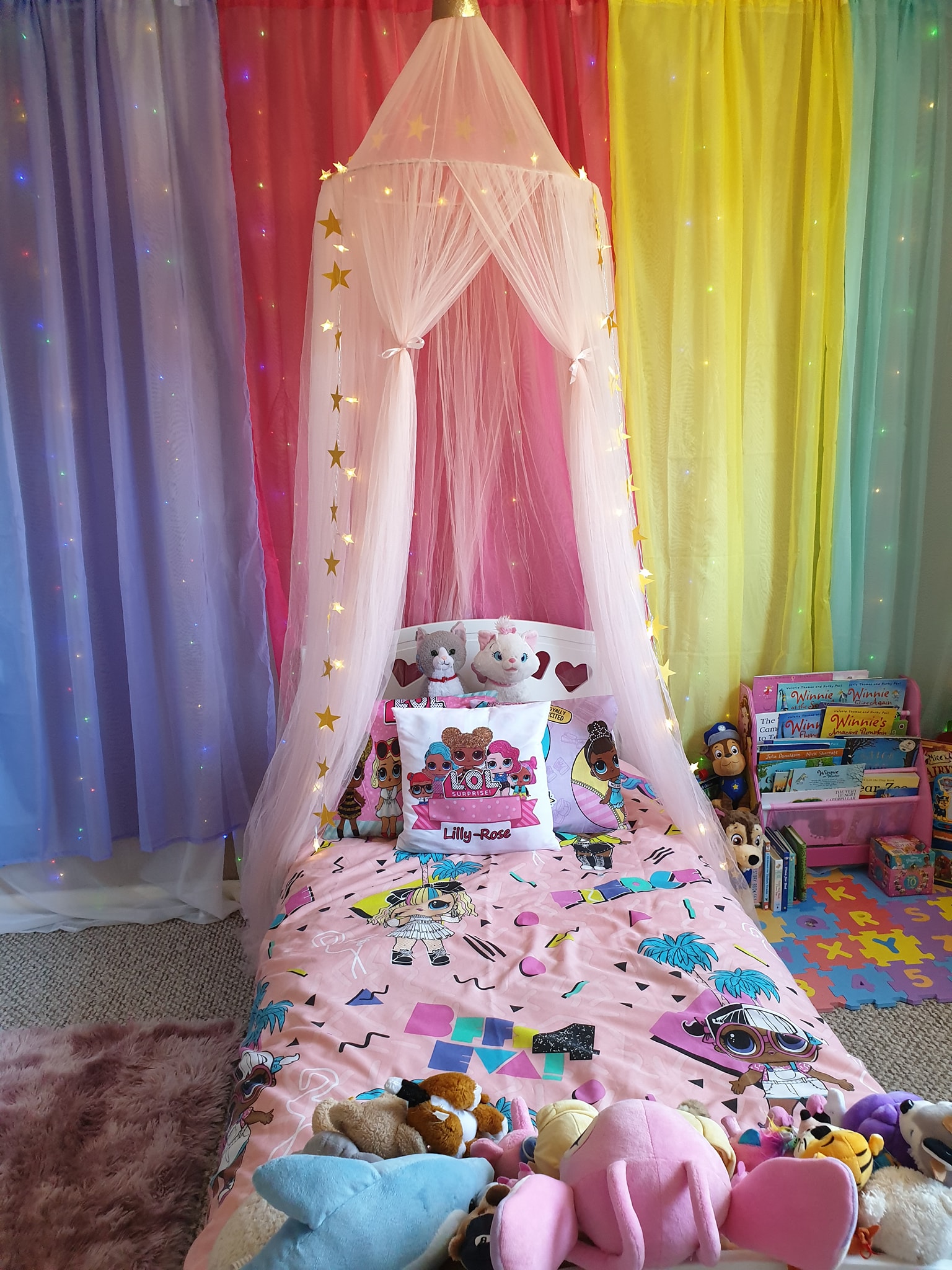 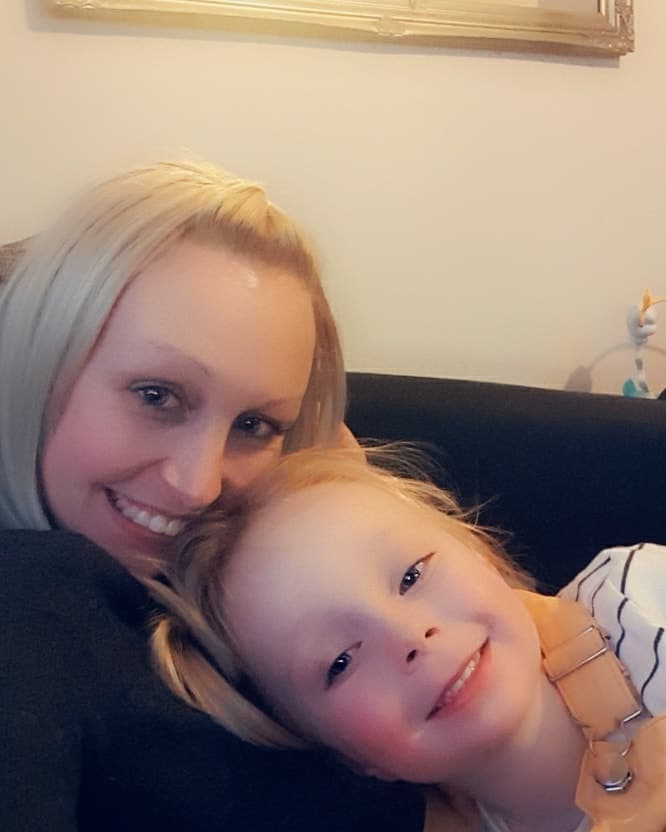 Bonnie shared snaps of the new room on the Ladies Budget DIY Facebook group where it was met with gushing parents loving the beautiful idea.

Speaking with Fabulous, Bonnie said: "My daughter absolutely loves her new room. When I told her she was moving from the box room to the larger bedroom, the only thing she asked for in there was a rainbow.

"When she first saw it all lit up she said 'Mummy its wonderful'."

She also revealed that the whole room probably cost around £100 to do and got the idea having seen it done at weddings and other events – but decided to make it herself for cheap.

She said: "I was initially going to have plain white curtains as I'd brought the rainbow voiles to make my own canopy.

"That didn't quite go to plan and I didn't want the rainbow voiles to go to waste so I thought I'd see what they looked like hung up with the lights." 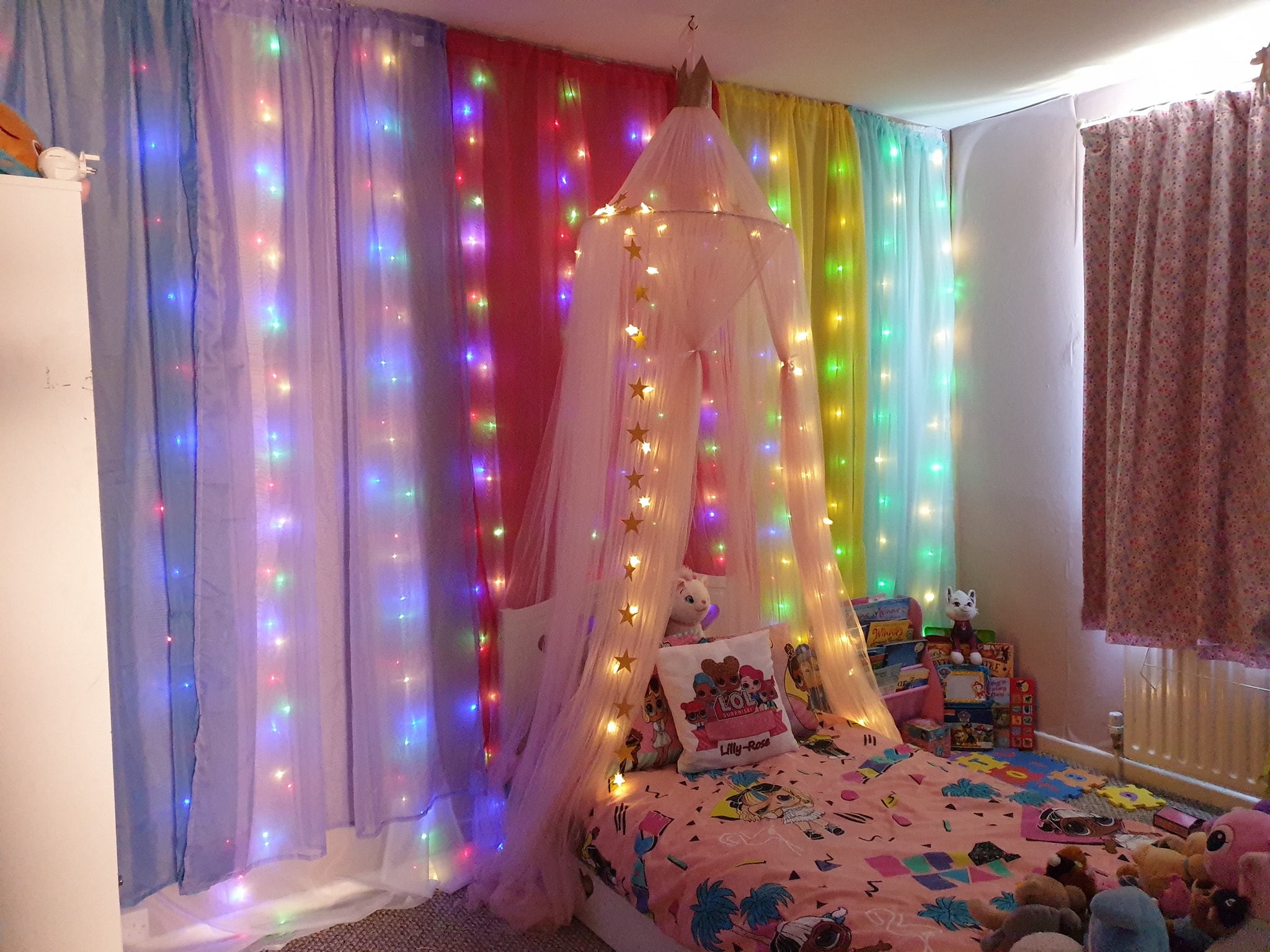 In other parenting news, a mum was horrified after her toddler daughter covered herself, the carpet and the furniture in her permanent eyebrow tint gel .

Plus a single mum who couldn’t find a triple bunk bed built her own using Ikea bargains & people are in awe of her idea.

Plus this woman gives her boring bathroom a stunning monochrome makeover using £28 stick-on tiles from Dunelm.

Virgin Atlantic to restart flights from London to US, Hong Kong and China on July 20
Entertainment