A MUM has been blasted after she seemingly put her kids on Facebook Live and asked friends to watch them so she could have a fag break.

According to the viral post, the smoker mum plonked her kids in front of her computer where she launched a live video on the social media site so her friends could see their every move. 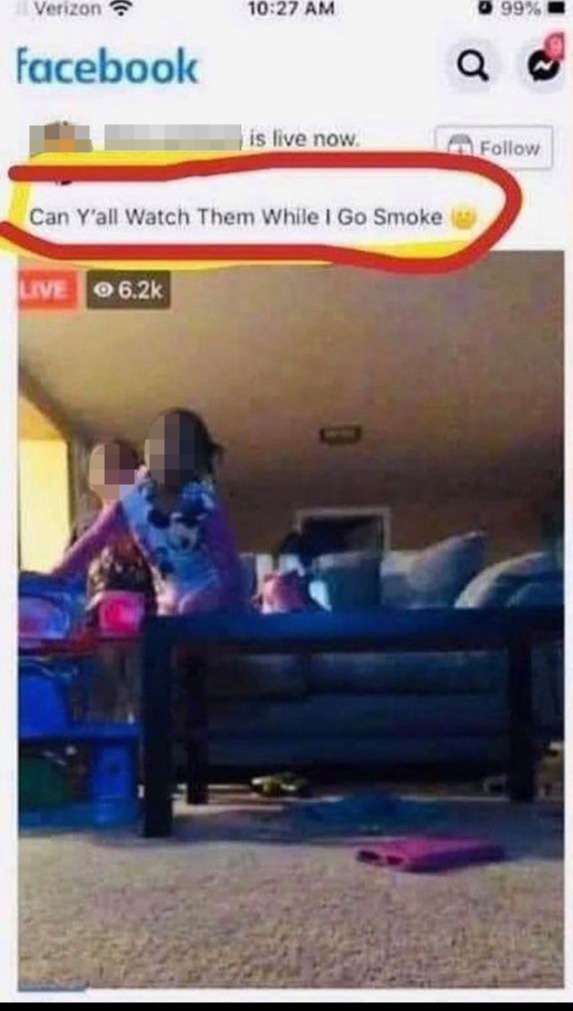 Captioning the video, she wrote: “Can y’all watch them while I go smoke?”

The live stream quickly went viral, amassing over 6,000 viewers who were quick to boss the three little ones around while their mum was away.

“Get down,” commented one, while another joked, “Stop playing on that damn couch!”

However, the post has since been shared on Reddit where users have failed to see the funny side, sharing their horror in the comments. 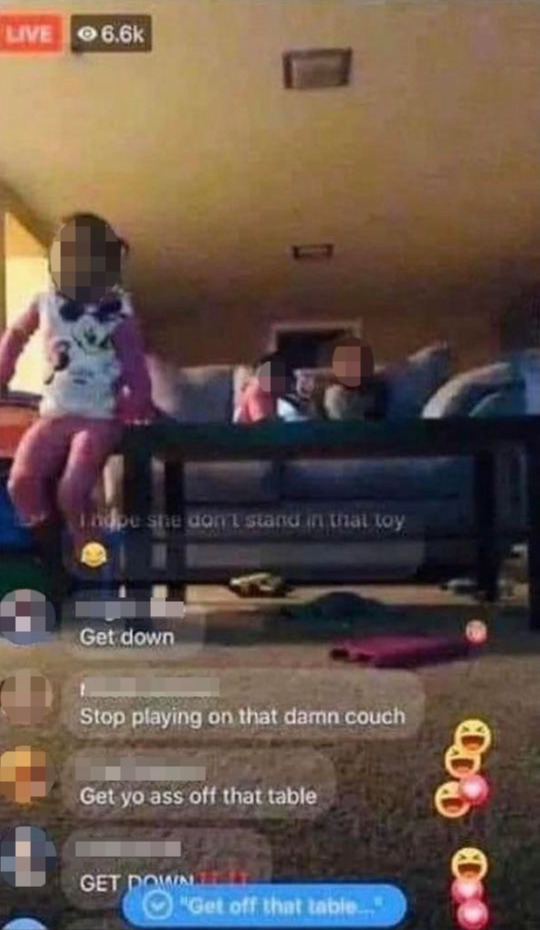 “I really hope this was a joke or something,” added another, while a third wrote, “Holy s***!”

The group has over 2.4million members and is described as a place for "trashy stories, trashy glamour, all things fake, plastic and downright trashy".

In other parenting news, a couple revealed that their daughter stopped using nappies at two weeks old & is now toilet trained – they've saved a fortune, and said any parent can do it.

And this mum got lunchbox shamed after showing off her Mickey Mouse sandwich – as people reckon a toddler could do better.

Plus this knackered dad shares tip which helps babies instantly fall asleep – and parents are raving about it after giving it a go.

‘Peter Rabbit 2’ Set to Scamper Across China Before the U.S. in June