A MUM-of-two who let mountains of laundry and clutter pile up after she welcomed her second child has finally tackled the mess – and she can see her floor again.

Morgan Brown says things slowly “got out of hand” after her son, Hudson, was born, and Coronavirus broke out soon after 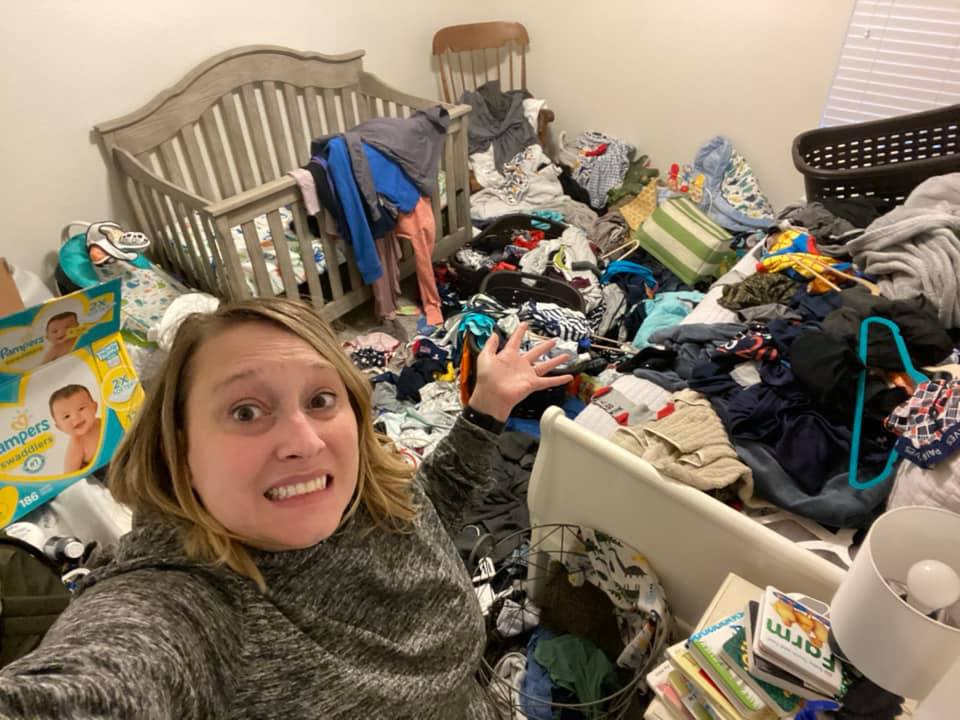 The 35-year-old told Fabulous Digital: “I have a 9 month old and not long after he was born covid hit.

“I went into depression because we couldn't leave the house and I couldn't go visit my family.

“My husband was considered essential so he worked while I was homebound with two kids.”

Morgan, from Texas, has been married to golf course worker Cody, also 35, for seven years, and they also share five-year-old Parker. 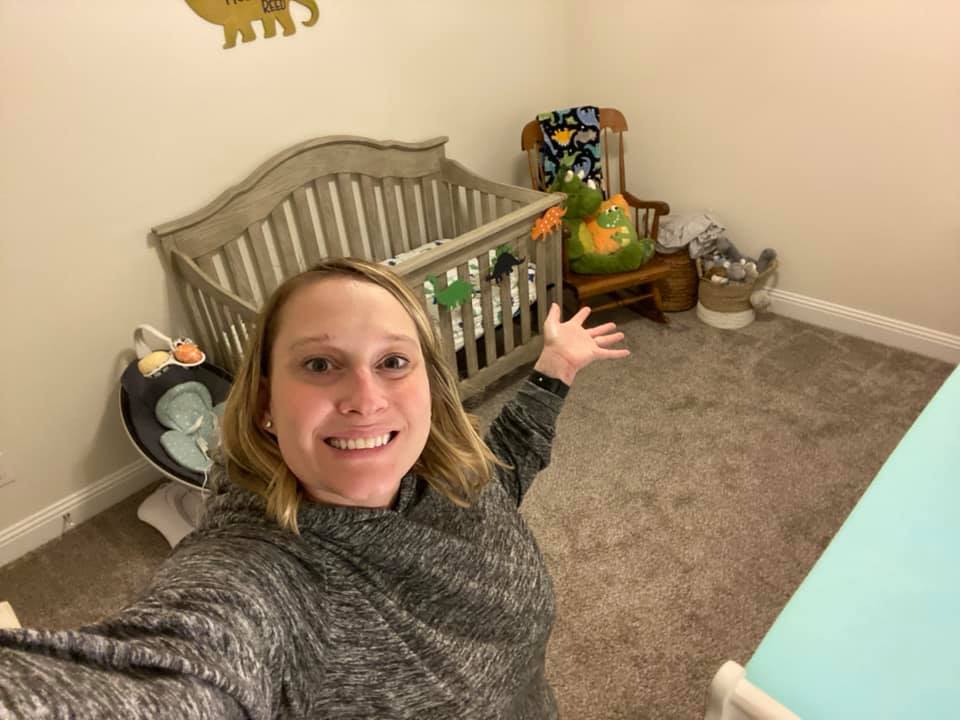 Morgan took eight weeks off for maternity leave from her job as a dental hygienist, but was then forced to stay home for another six weeks after her office was closed due to the pandemic.

She said: “I would constantly be cleaning the house only to clean it again and again the next day.”

Feeling overwhelmed with cooking, cleaning and looking after two children, clutter began to build up around the house as Morgan says her family was hit hard financially. 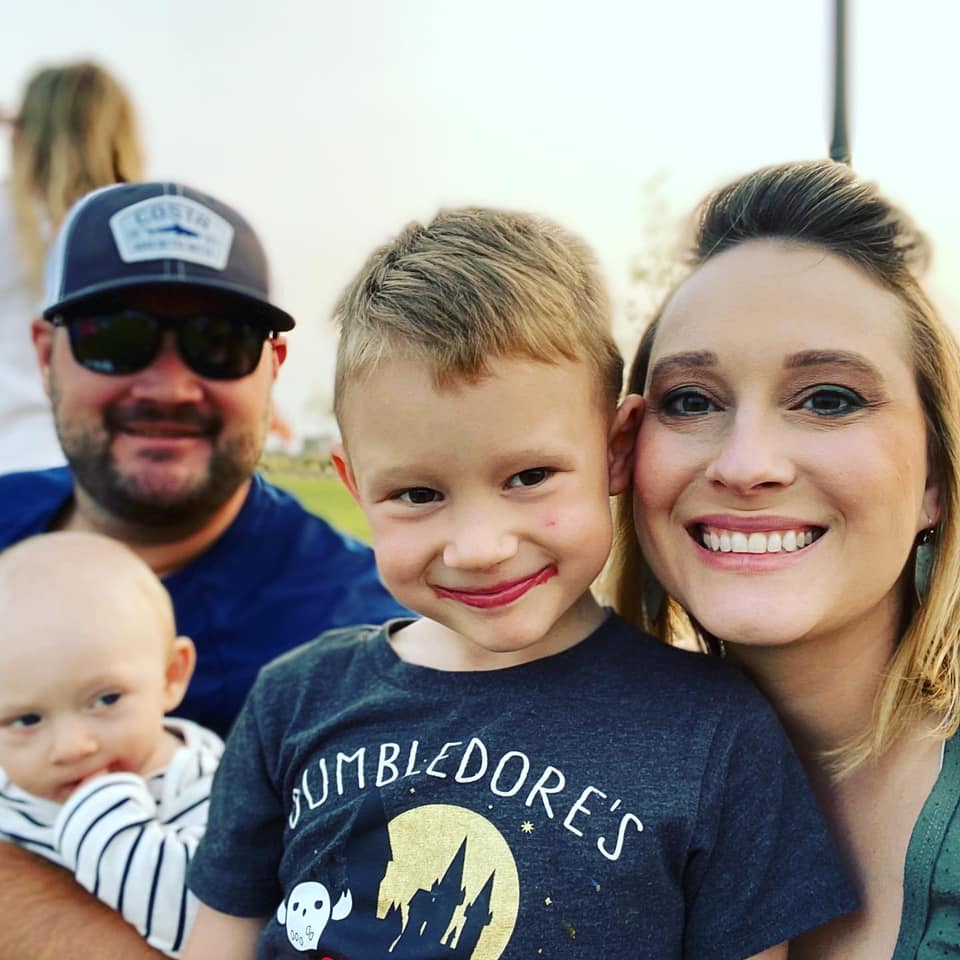 The mum said things only got worse once she went back to work, as she sometimes found herself working 40-hour weeks.

After six months of mess, at the beginning of October she decided it was finally time to tackle the junk, and began working through the house room by room.

Morgan explained most of the mess was actually laundry, a chore she detests. 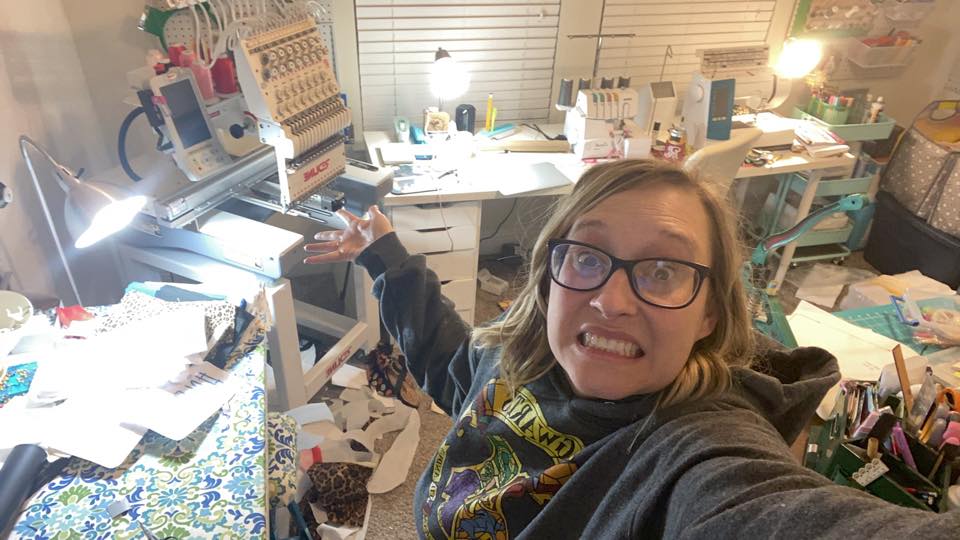 She said: “I hate doing laundry. I should say I hate putting away laundry. The washing and drying is fine but I can never get motivated to actually put it away.

“I have tried over and over again putting it away the same day but either the kids need something or I'm just too tired.

“Once the oldest is in bed and the baby is sleeping he gets handed off to my husband so I can start cleaning, by this point it's after 9 pm and I'm exhausted but I push through. 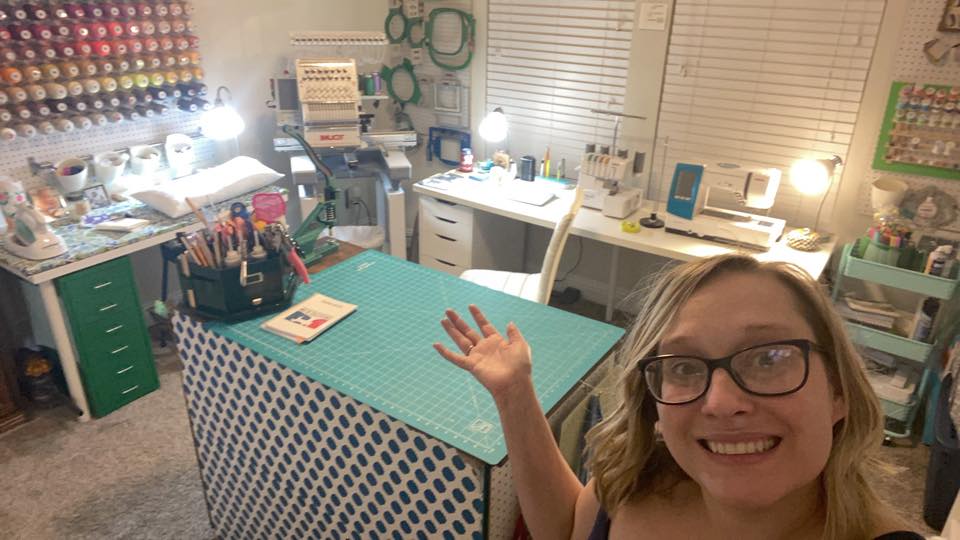 “I get to bed about 11 just to do it all over again and that's on a good day.  I'm tired and most days this doesn't go as planned.”

Morgan says she started her cleaning spree in her craft room, as it brings her the most joy.

She said: “I started in my craft room because that's my happy place. I went through a bunch of stuff discovering items I had bought and never opened. 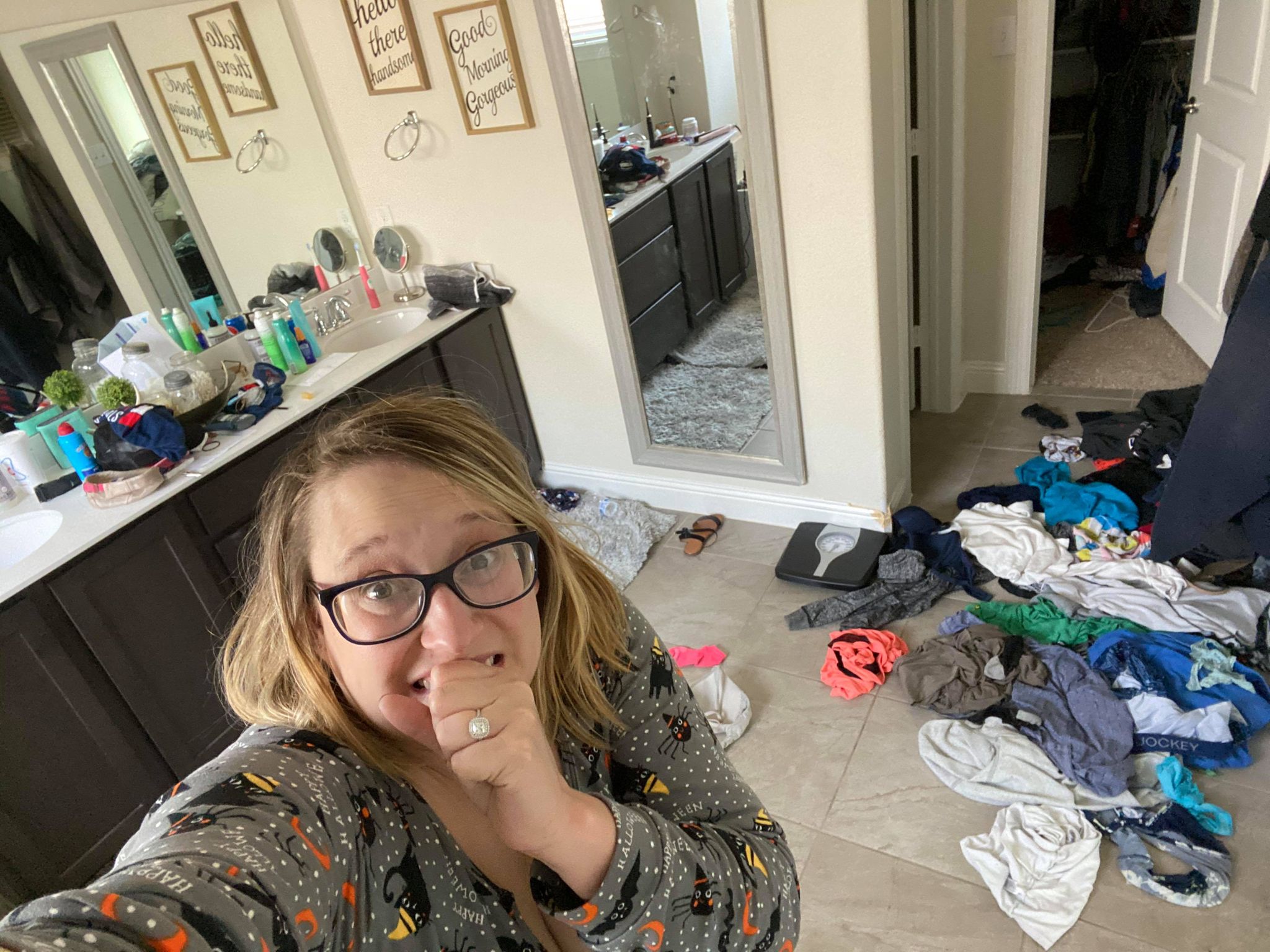 “The next night I cleaned the nursery. I went through all of his clothes that no longer fit him.

"I folded them all up and put them all away. Which are making mornings easier.

“Going through the baby clothes was bittersweet because he is my last baby but I'm donating the clothes to a foster organization so kids in need will have clothes.” 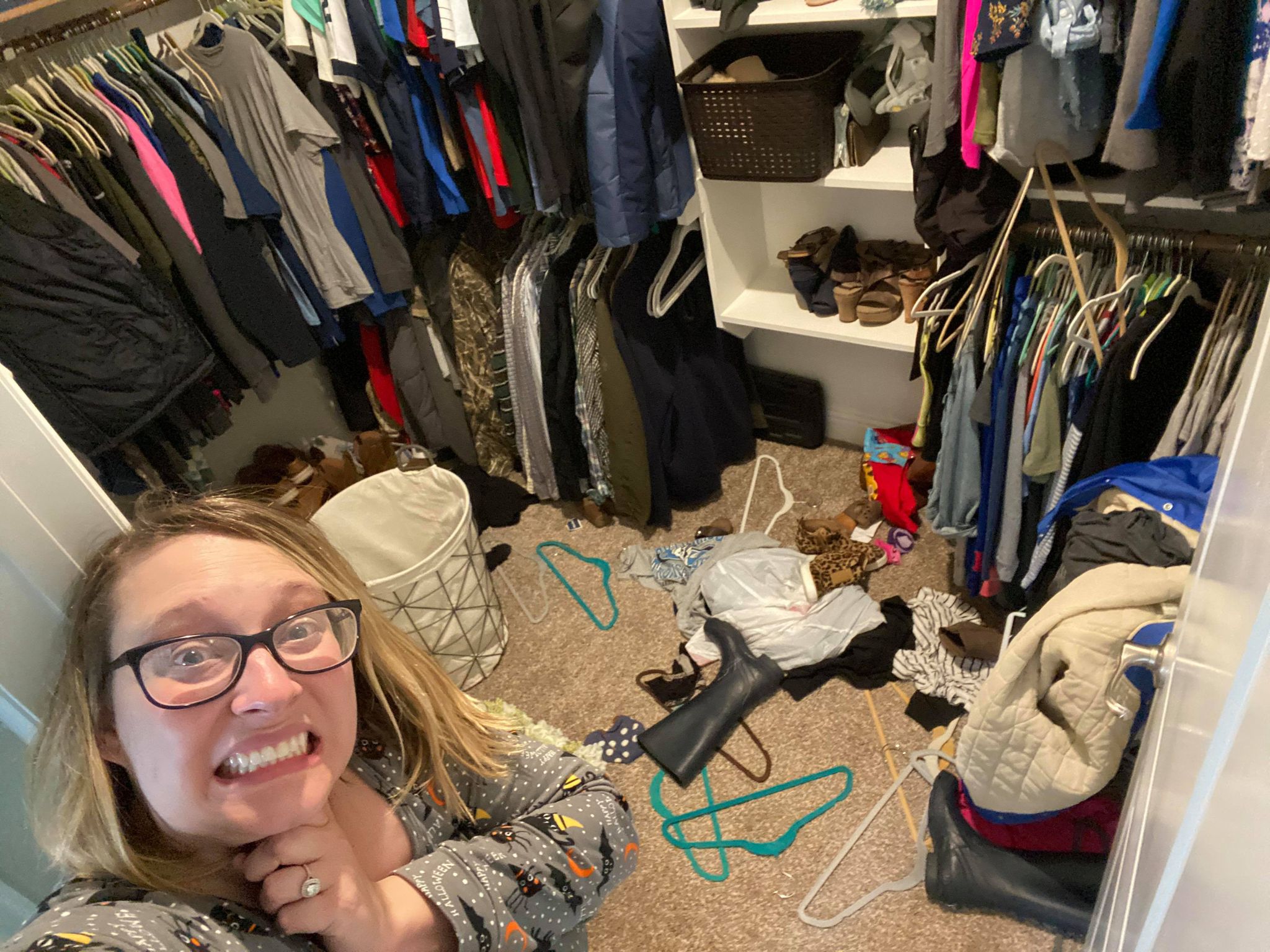 Morgan explained she wrote down a list of everything that needed doing, and took great pleasure in crossing everything off.

She said: “I made a list and I just would mark out what I did. For me, It feels like a sense of accomplishment. The craft room took 4 hours and Hudson, the baby, took much longer.

“Just in the week I have completed Hudson's room and I have already washed and put away his clothes as well as his older brother's clothes. 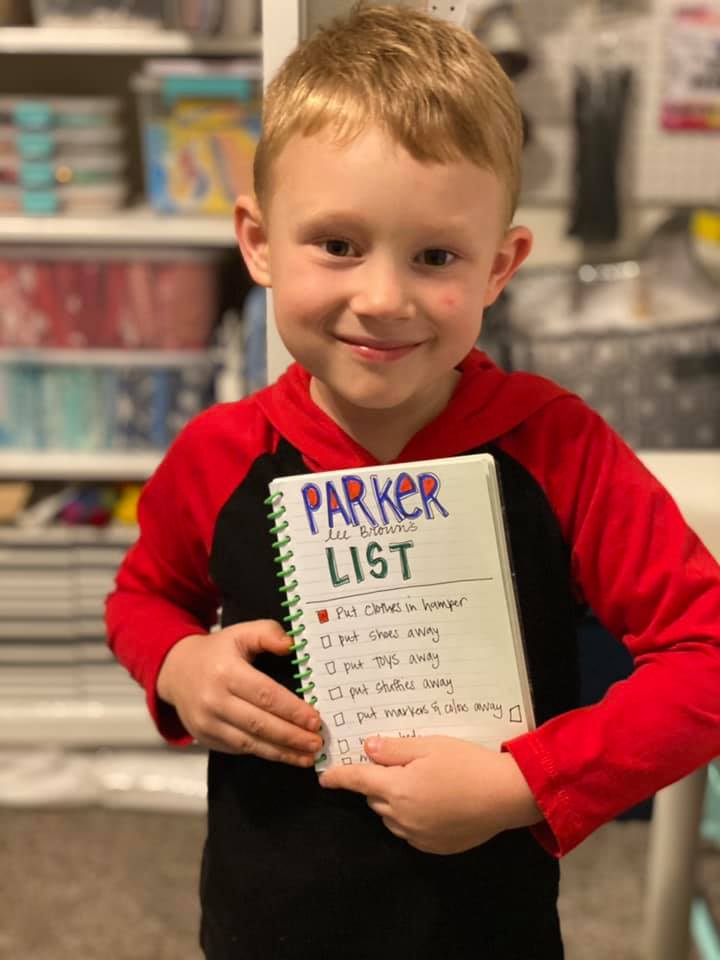 “I'm going to do my best to stay on top of their clothes. It's also easier to put away their clothes because I do it when they are sleeping.

“Cleaning a house with two small children is a constant battle because I would one room clean only for them to destroy another.”

The Home Edit fan says she plans to do the entire house, and just has the closets and garage to go. 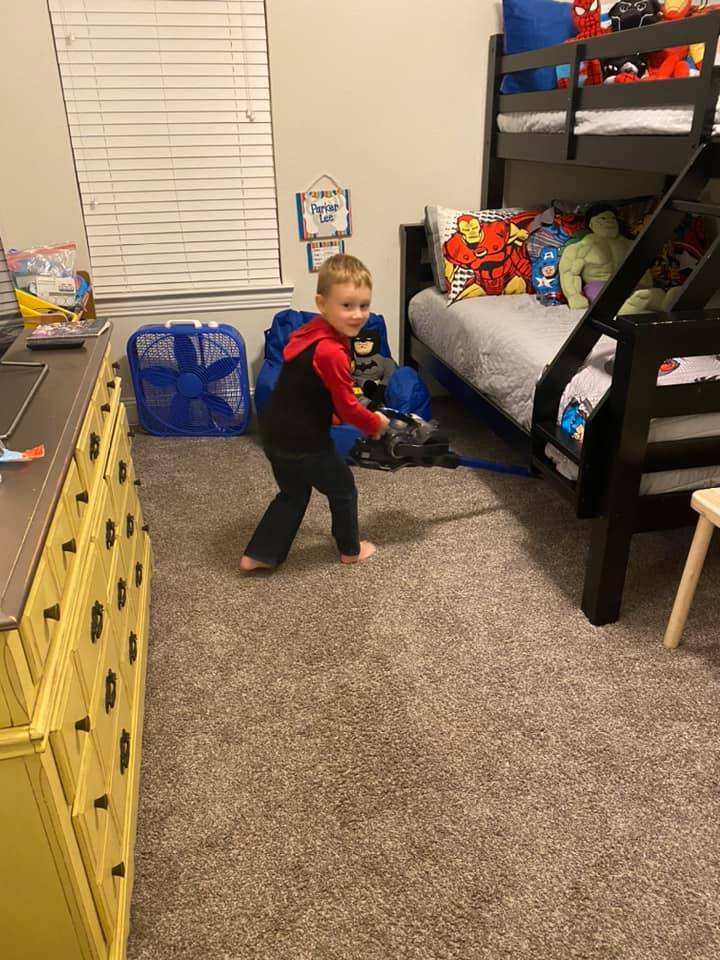 She said: “My goal is to do the entire house and little by little I'm going to get it done, the kitchen and the living rooms are mostly always clean because that is where we live but I am constantly keeping those areas clean.

“My goal is to make cleaning faster so I can spend more quality time making memories with my kids.”

And she’s even got Parker involved in the cleaning, giving the lad his own set of chores to do. 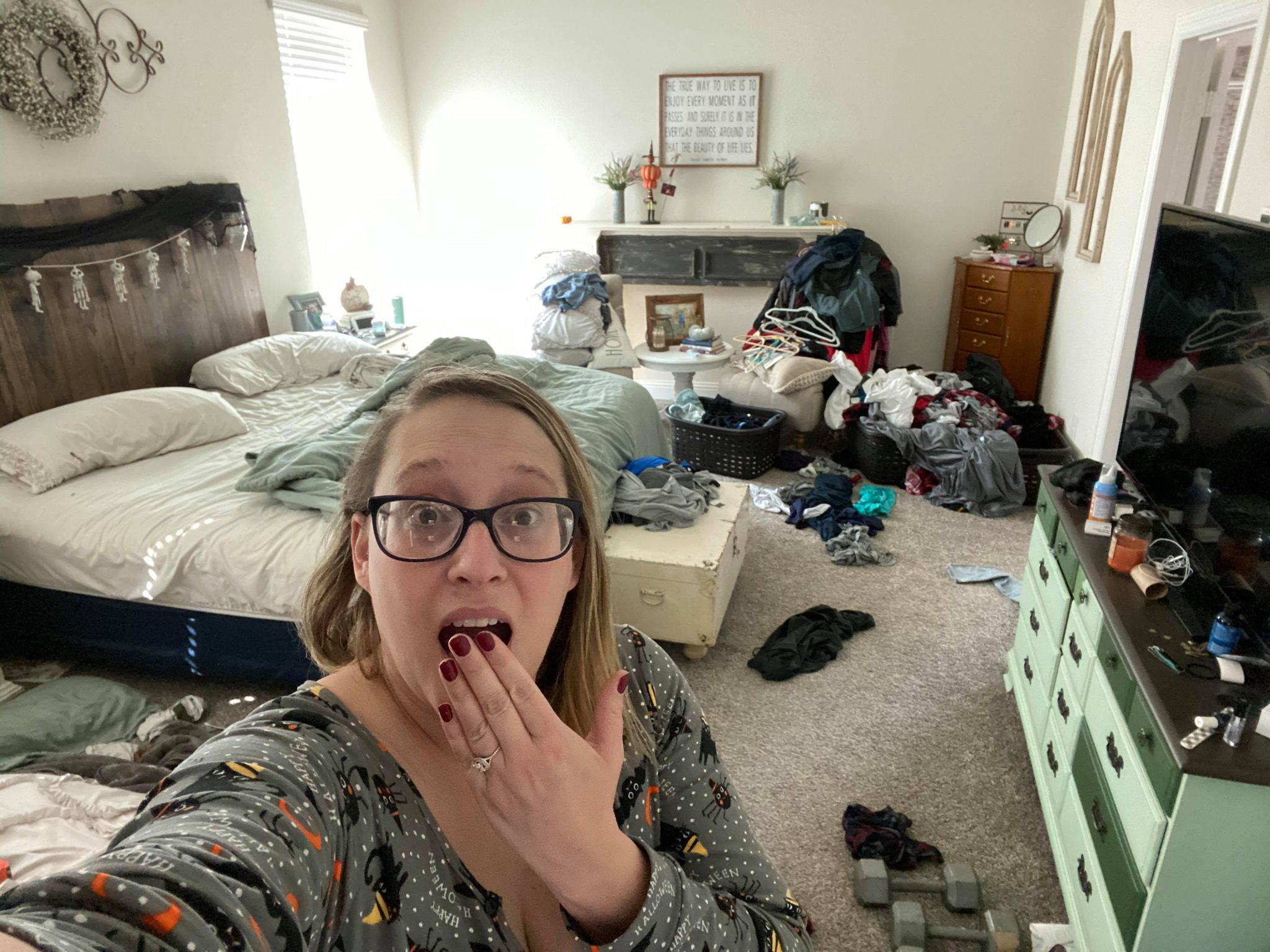 Morgan said: “Parker was getting overwhelmed by how messy his room was getting. I took a ton of toys away and that didn't work.

“Took the TV out and that didn't work. Nothing was working that I tried. I asked him to clean his room and he came back in tears and told me he didn't know where to start and I said lets make a list and start there.

“We made the list together and one by one he got it done. He even added to the list as we went along. 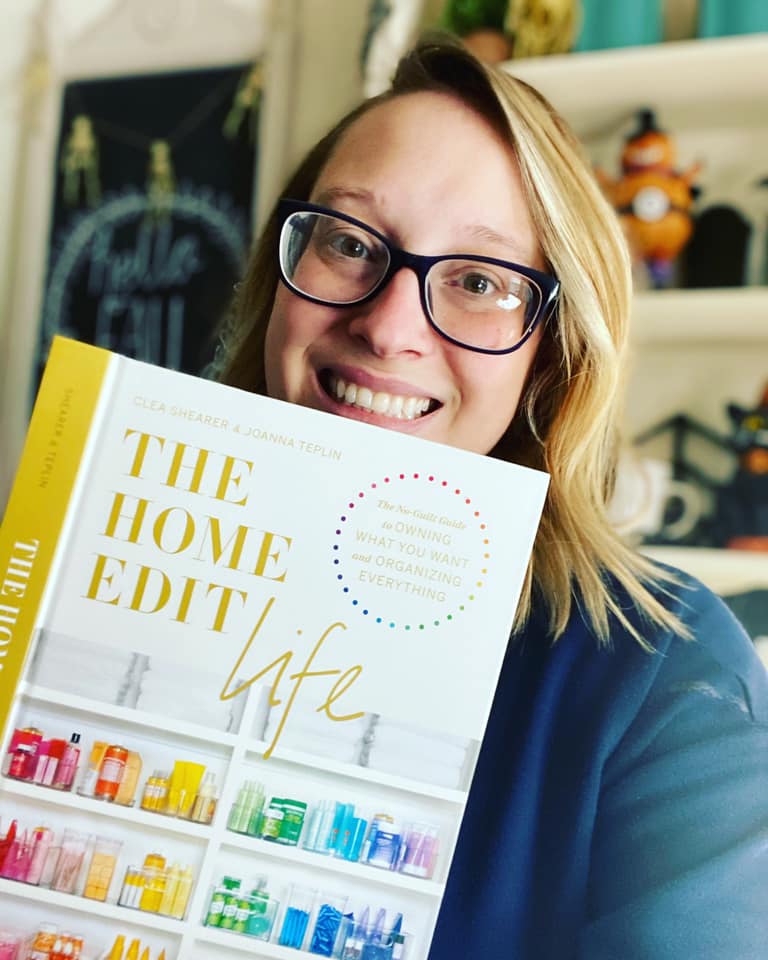 “I could see how excited he was that he was cleaning and getting everything completed off of his list was the goal. He did it.

“He cleaned his room with very little help from me. He was excited that he did it himself.”

Morgan said Parker’s room has been clean for over a week now, and every night before going to bed they make a list of what needs doing. 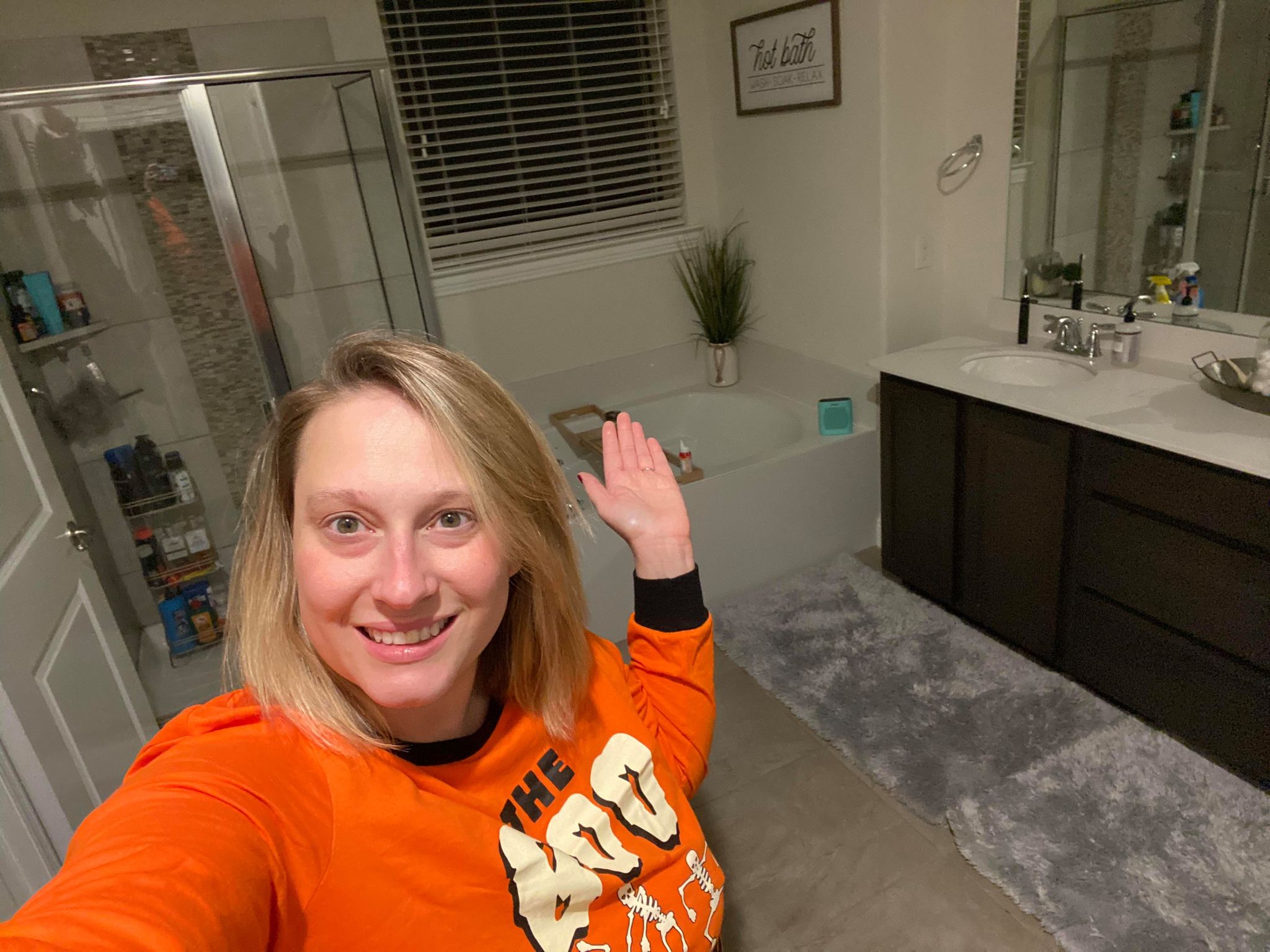 With Morgan nearing the end of the mammoth house clean, she had some words of advice for fellow mums feeling overwhelmed by the clutter in their own homes.

She said: “Start in the room that makes you happy, before it was a mess. Make a list and start.

“Do a room a week. This is a process that's not going to happen overnight.”

And a Mrs Hinch fan shocked to find secret compartment in her washing machine – so others are frantically checking theirs.

Plus this mum-of-16 shares colour coding tips to speed up piles of laundry & reveals why she NEVER writes kids’ names in clothes.

Meanwhile a professional cleaner shares the worst homes he’s faced with bags of faeces on the floor & dead TARANTULAS hidden in tubs.