ANY parent will know the struggles of cleaning up in a house of boys and men, and the age old debate of where the toilet seat goes.

After getting sick and tired of constantly telling her family to put the toilet seat down, one mum came up with a cunning plan to remind them – but it’s dividing opinion. 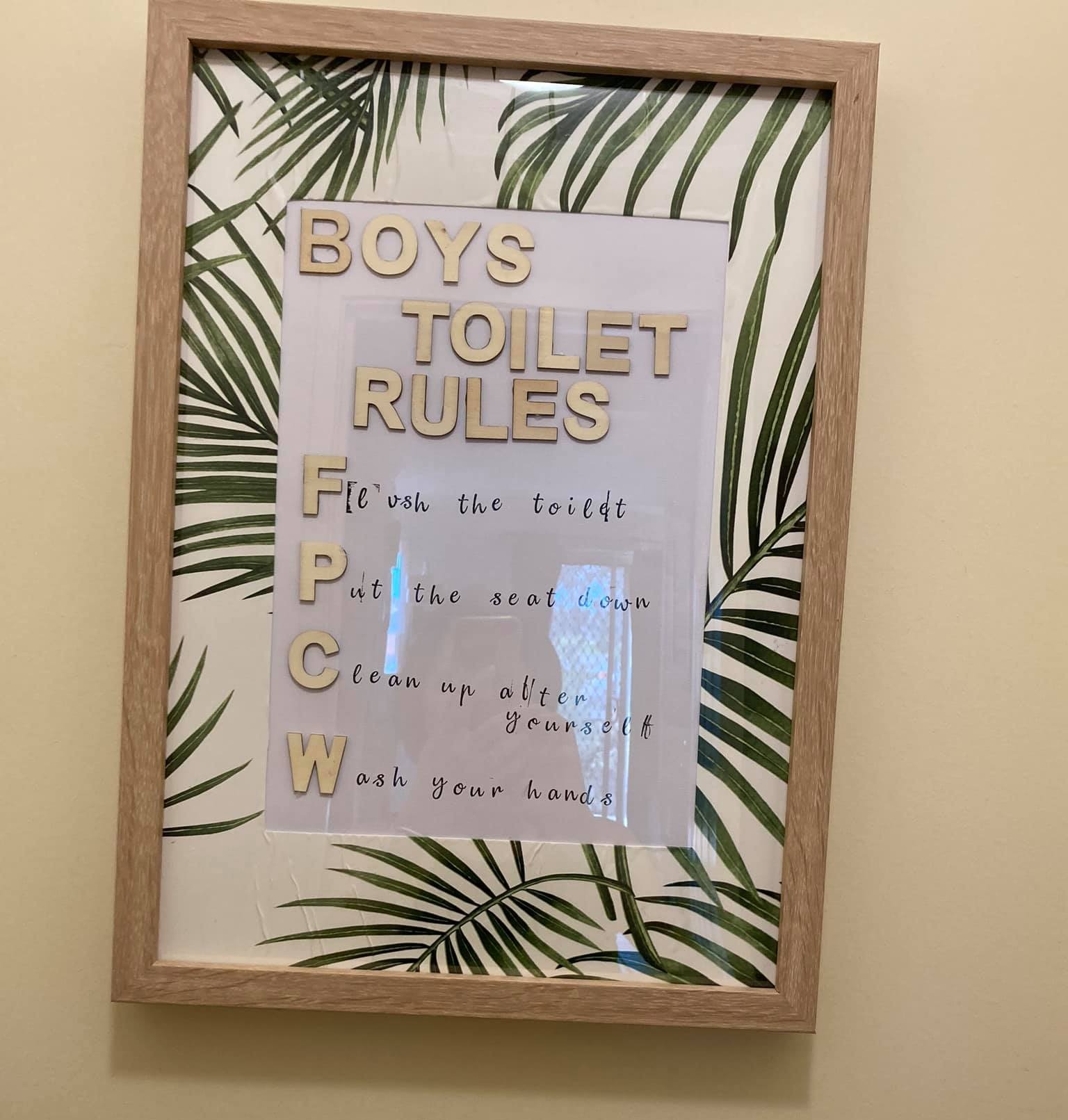 The mum used her craft skills to make a frame a sign behind the toilet – where she hoped they’d see it.

“Flush the toilet. Put the seat down. Clean up after yourself. Wash your hands.”

She proudly shared her sign to Facebook group Kmart Home Decor & Hacks Australia, writing: “I was so sick and tired of having to remind my hubby and son of putting the seat down so I came up with this. 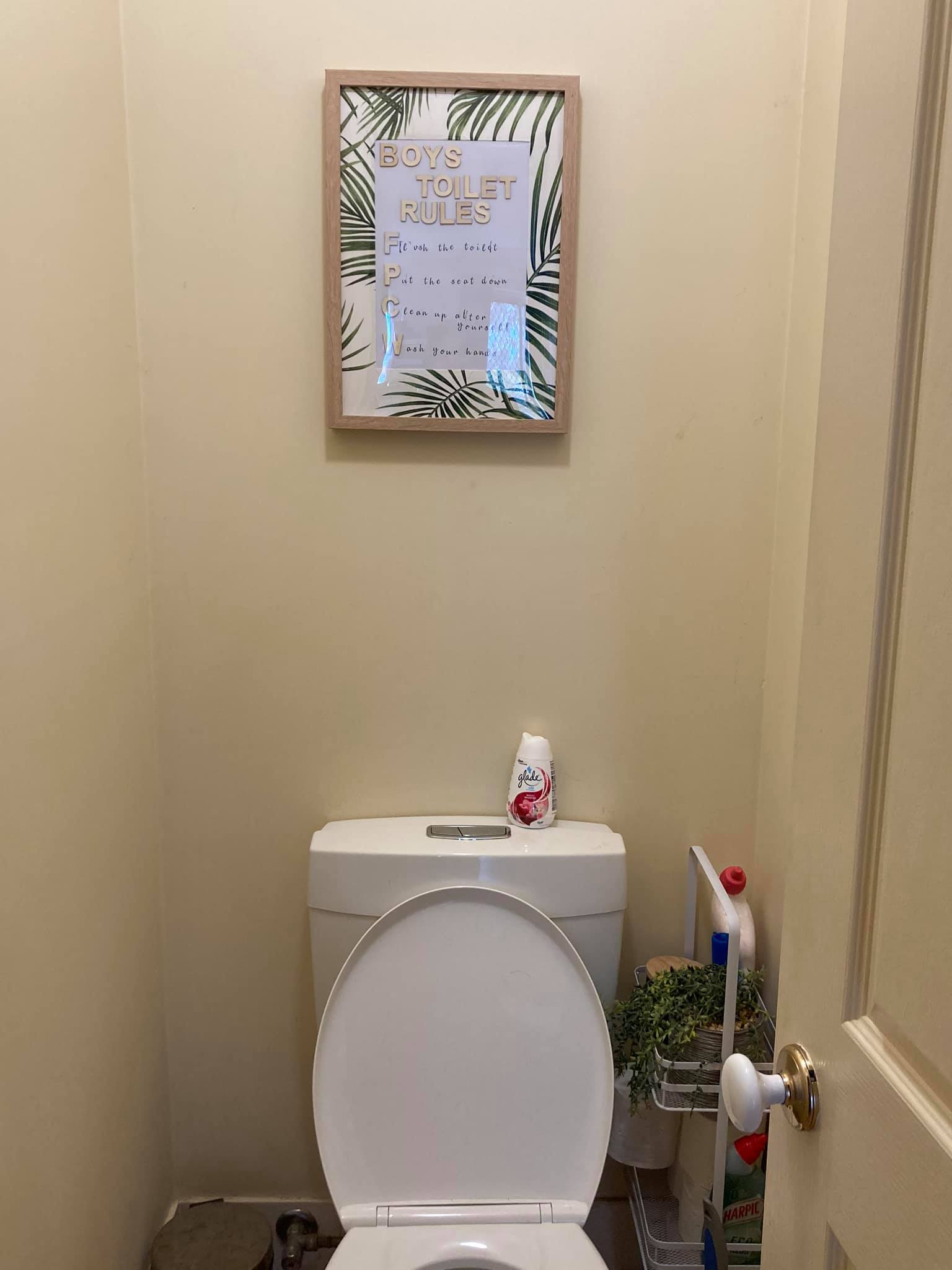 “Note I put it behind the toilet so they can see it while peeing.”

Hundreds of people commented on the post and rather than praising her initiative, people weren’t on board with the idea.

They slammed everything from the grammar to the style of the sign, and people reckoned it wouldn't make much difference.

One person said: “Just wondering do you have a note for yourself to remember to put the seat up ready for your hubby and son to pee.”

Another person commented: “I don’t get the whole seat issue thing. They put it up we put it down.

“They don’t complain about us yet we’re always complaining about them? It’s kinda weird.”

Another person posted: “The great toilet seat debate! Glad it's no issue in my house, never has been. 3 men, 3 women here and we just deal with it.. Must be one of the lucky ones then.” 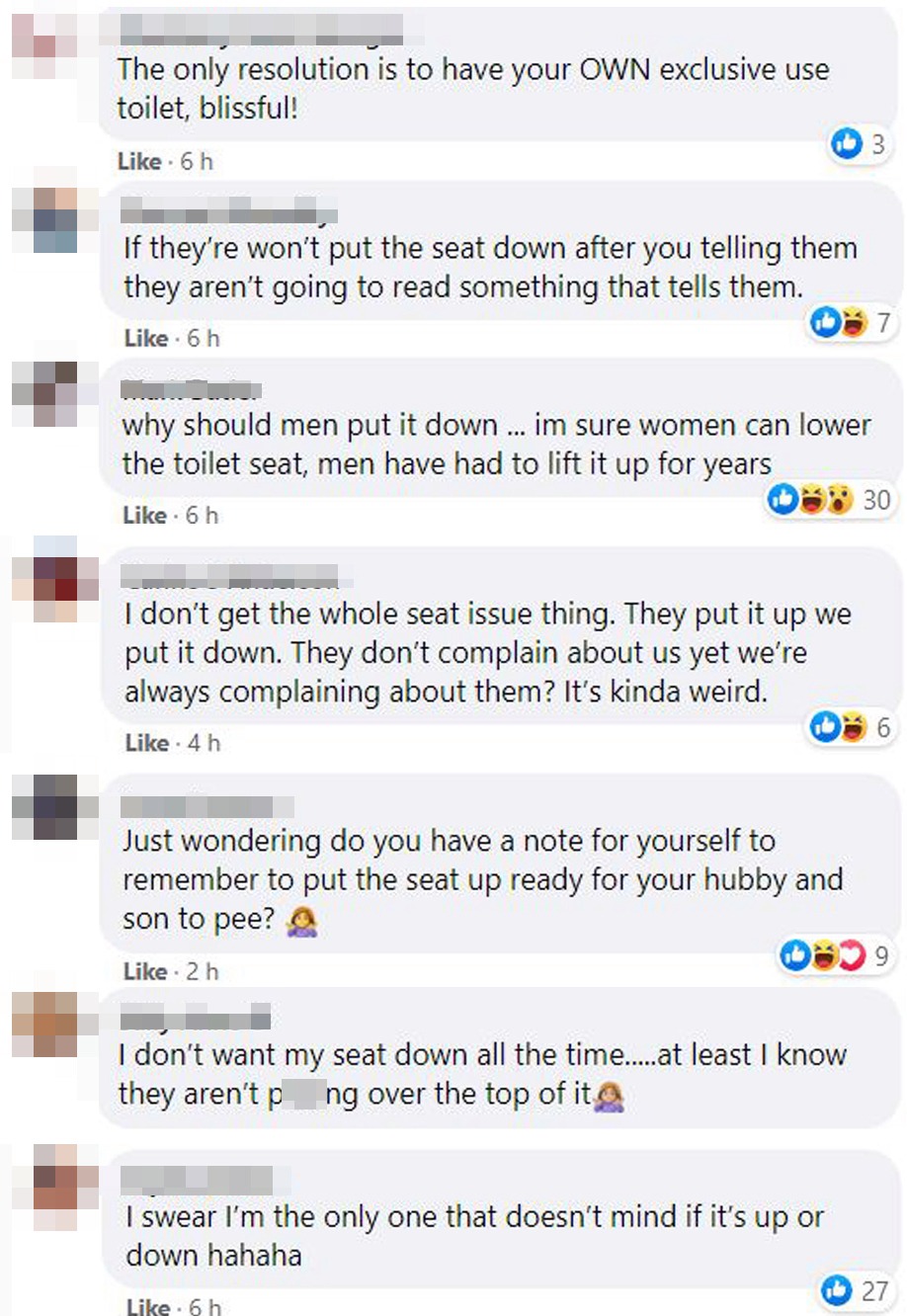 While someone else thought: “The only resolution is to have your OWN exclusive use toilet, blissful!”

But the mum clapped back at the haters, saying: “This is my house and I like the seat down I hate walking in and seeing it up.

“Whether you like it up or down I didn’t ask your opinion on it !

“I just wanted to show what I had come up with. Move on if you don’t like my post!”

And this professional cleaner shares the worst homes he’s faced with bags of faeces on the floor & dead TARANTULAS hidden in tubs.

Plus this woman shares simple trick which makes sure her house is ALWAYS clutter free – and it works with laundry too.

Meanwhile this woman shares ‘ultimate mum hack’ to get kids ready quickly in the morning and it only costs a couple of quid.