Some evenings in late 2015 and early 2016, lights would snap on in an empty classroom at the University of Florida. Susan Dorothy Clara Webster and members of her campaign staff would waft in, along with the smell of pizza or sandwiches — brain fuel to consume as they worked to get Ms. Webster elected student body president. The front of the room would be arranged to replicate a debate stage. Ms. Webster would station herself there, alongside her vice president candidate and her treasurer candidate. Then Ms. Webster’s campaign manager, Blake Daniel Murphy, would begin grilling them all.

“I would prepare them for the worst-case scenario,” Mr. Murphy said. “I would just give them a really, really tough time, and make them squirm.”

Campaign staff who observed these efforts by Mr. Murphy to fillet the candidates might have been surprised when, months later, he and Ms. Webster announced that they had started dating. They might be even more surprised to hear that the two are now married.

Mr. Murphy, now 27 and the associate general counsel for the National Republican Congressional Committee in Washington, and Ms. Webster, 26, who works in global public affairs at the private equity firm Blackstone, also in Washington, arrived at the University of Florida in 2012.

Mr. Murphy remembers the first time he saw Ms. Webster. It was the first day of classes, and Mr. Murphy, a nervous out-of-state student still finding his bearings, had parked himself in the back row of a lecture hall for a course called “Bugs and People.” (“Bugs in Florida are a big deal,” Mr. Murphy said.) He recalls Ms. Webster, a fourth-generation Florida Gator whose high school was a feeder school for the university, waltzing into the hall with a throng of friends. He watched as she plopped down in the front row, already at home.

Ms. Webster doesn’t remember seeing Mr. Murphy that day. But she does remember getting to know him after they’d both gotten involved with student government.

“Blake and I actually started our own political party,” she said.

“We were making fliers, we were making T-shirts and slogans, we were talking to the newspaper late at night,” Mr. Murphy added. “I think that’s probably when there was the first romantic spark.” 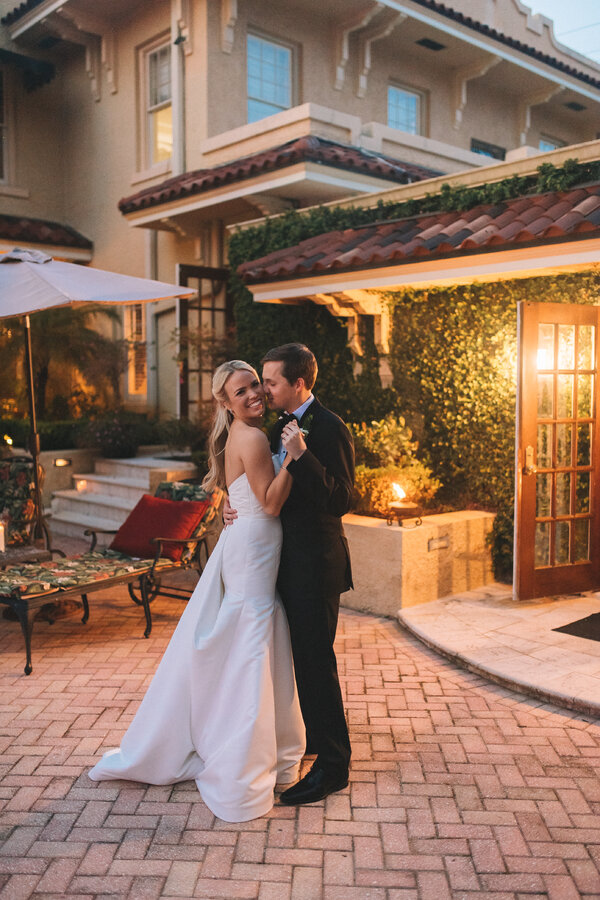 By the time Ms. Webster won her campaign for student body president in 2016, the two were a couple. The same year, both she and Mr. Murphy were inducted into the University’s Hall of Fame, a high honor.

The following year, after graduating, Ms. Webster left for a yearlong scholarship program in Beijing. Mr. Murphy had a job in Washington. They would have to spend the year apart.

To overcome the distance, they started video-calling each other twice a day — once in the morning and once at night. (One person’s 8 a.m. was the other person’s 8 p.m.)

“I couldn’t go to sleep with my phone on ring,” Mr. Murphy said. “I knew when I woke up I would have pictures and texts of her whole day.”

Sometimes, they would both go to a McDonald’s — the only place they could easily get the same food — and buy a McFlurry to eat together over video chat.

Those long-distance months solidified Ms. Webster and Mr. Murphy’s feelings that they should to commit to each other. If they could successfully navigate the distance, they thought, they could get through just about anything. When Mr. Murphy visited Ms. Webster in Beijing, they went shopping for engagement rings. He proposed in 2019.

This £14 brow product will change your life