Home » Fashion » Melania Trump: This is the cost of Donald Trump’s wife’s wardrobe this month revealed Melania Trump: This is the cost of Donald Trump’s wife’s wardrobe this month revealed

Melania Trump has been the First Lady of the United States since her husband, Donald Trump, became President in 2016.  The former model is no stranger to wearing designer clothes and this is something she does nearly every time she steps out.  So far this month, Melania has racked up an outstanding bill of £14,049 on her wardrobe, according to reports on her outfits.  As well as this huge sum of money, she wore a number of outfits which could not be identified, meaning her total spend is likely to be much higher.

At the beginning of May, Melania wore a stunning floral RED Valentino lace dress as she attended a dinner at the National Day of Prayer dinner.

The sleeveless design is on sale for a whopping £1060 and she posted pictures of the gown on her Instagram account.

Melania also wore a stunning emerald fit and flare dress to attend a National Day of Prayer Service with her husband.

The Emilia Wickstead number was selling for $2010, or £1585 and she finished the look with a pair of Christian Louboutin mosaic print pumps, and a similar design is on sale of £565.

Sticking with her love of pricey designers, Melania wore an Elie Saab white sleeveless midi dress at the Medal of Freedom ceremony just days later, and a similar dress is on sale for £4725. 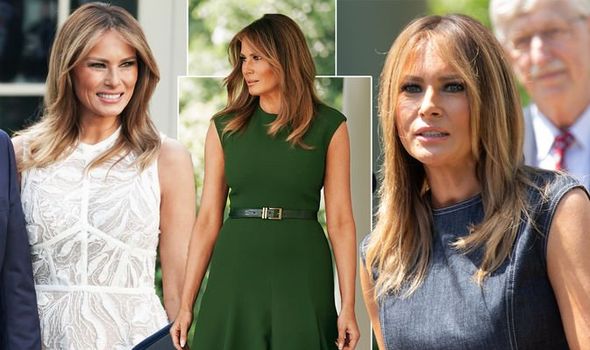 Last week, stylish Melania stepped out to celebrate the one year anniversary of her Be Best campaign at the White House.

The former model looked stunning in another Emilia Wickstead choice of a denim dress which cost an eye-watering $1,195, or £942.

She matched this with a pair of nude Christian Louboutin heels, which are on sale for £495.

Posting her outfit on Instagram, Melania revealed another stunning gown that she wore at an official White House event.

The sleeveless black dress was from the brand Akris and was selling for $6000, or around £4677.

This pushed up her total spend this month to an eye-watering £14,049, and she could even be set to spend more if she steps out in any other designer garments this week. 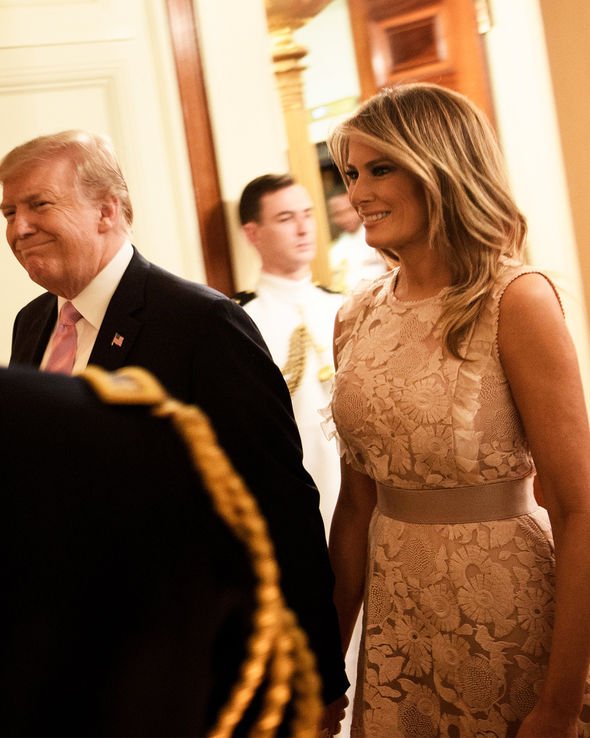 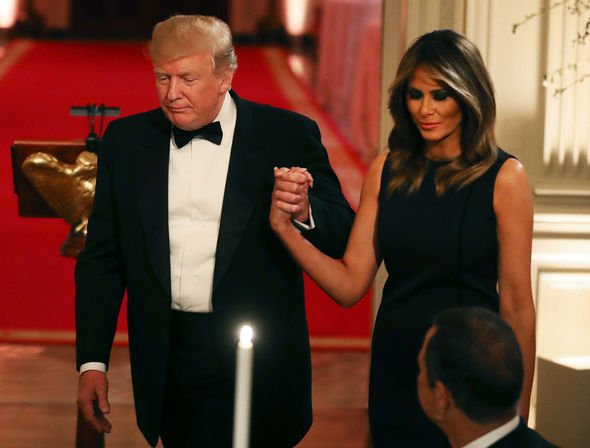 Last month, Melania spent a shocking £12,800 on clothes, according to reports on her outfits.

This included a designer lilac Valentino coat, which cost £1739.

In March, Melania spent even more money on her wardrobe, coming to a total of £17,895.

Formally a model, Melania was pushed further into the public eye when she married Donald Trump in 2005.

The pair have been married for 14 years, despite having a 24 year age gap.