Melania Trump, 50, stepped off Marine One looking flawless as ever on Sunday night. The First Lady was spotted alongside her husband President Donald Trump, 74 and their son Barron, 14, on Sunday for the first time since the pandemic began. The trio returned to the White House after spending the weekend in Bedminster.

Melania looked in good spirits as she smiled at a small group of welcoming supporters, despite the news that her brother-in-law, Robert Trump, had passed away on Saturday.

Showing off more fashion hits from her designer wardrobe, Melania was dressed top-to-toe in camel-coloured tones that perfectly complemented her caramel-streaked hair.

The First Lady was wearing a statement shirt dress with long sleeves and a flattering hemline.

The neutral-coloured Compact Cotton Shirt Dress was by British designer Stella McCartney, which has already sold out online. 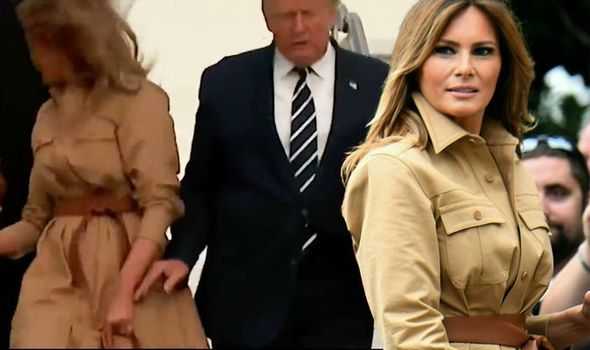 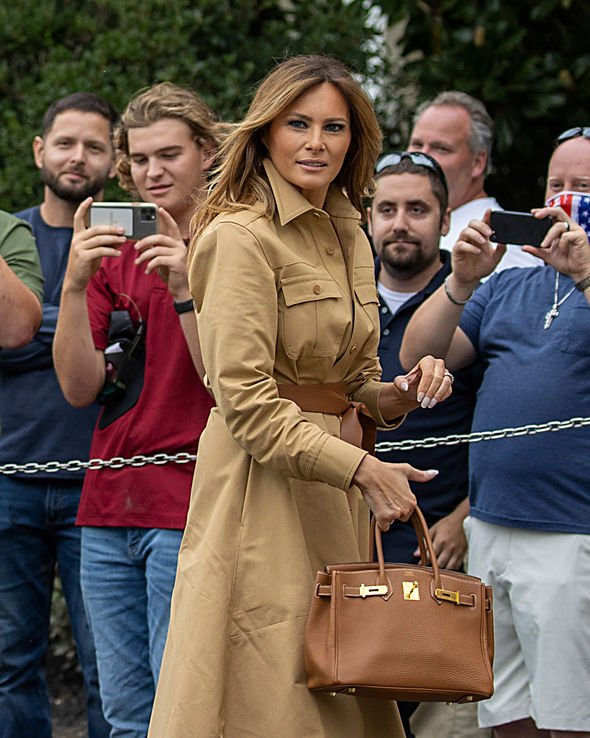 The shirt collar dress features a contrasting tan-coloured belt, a button-through front and long sleeves and was last on sale for over £500 ($700).

Melania wore the belt in a tight knot, highlighting her waistline and giving the look a more striking silhouette.

The former model teamed the designer number with a pair of matching sky-high stiletto shoes with a contrasting toe design.

Her hair was styled into her signature blow-dry, with plenty of volume at the roots and subtle highlights.

But it was her statement handbag that really stood out in the carefully coordinated outfit.

Melania was wearing one of her many Birkin bags in a similar tan leather shade.

The Hermes Birkin bags are known to be the most expensive handbags in the world.

Named after the actress and singer Jane Birkin, the Birkin bags are some of the most exclusive accessories in the fashion industry – and Melania is known to have quite the collection. 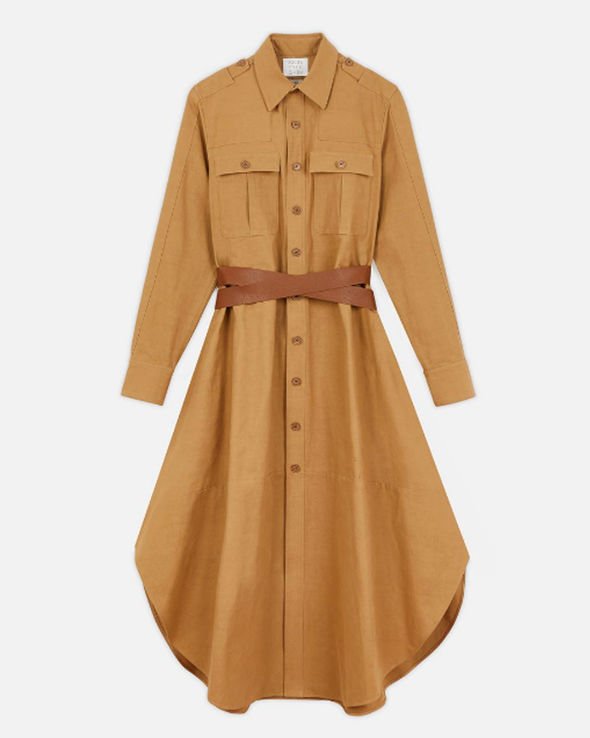 The Slovenian-born First Lady has made headlines with her impressive range of the iconic bags in the past.

The cheapest bags in the coveted collection cost in the region of £14,000, though some are worth hundreds of thousands of pounds.

One bag once sold for £287,403.99, thanks to its crocodile leather design that featured more than 240 diamonds.

Melania has previously been spotted with bags from the luxurious brand in black and black crocodile leather, as well as this tan design. 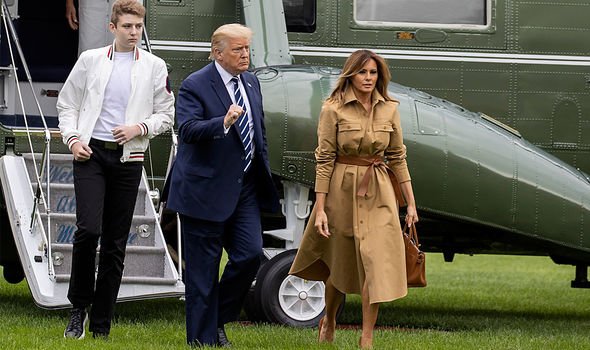 It’s believed the well-dressed First Lady owns six bags in total – which would cost at least £90,000.

The bags often sell for double the price second-hand, as they are so hard to get hold of.

Hermes is famously selective about who can buy its Birkin bags, with only the wealthiest clients and celebrities allowed to take home the accessory.

The brand has even been known to cut customers off if they feel they own too many, in order to keep the exclusivity of the design going.

Brits now have to wear face masks on the beach in Tenerife, Lanzarote and Gran Canaria
Entertainment