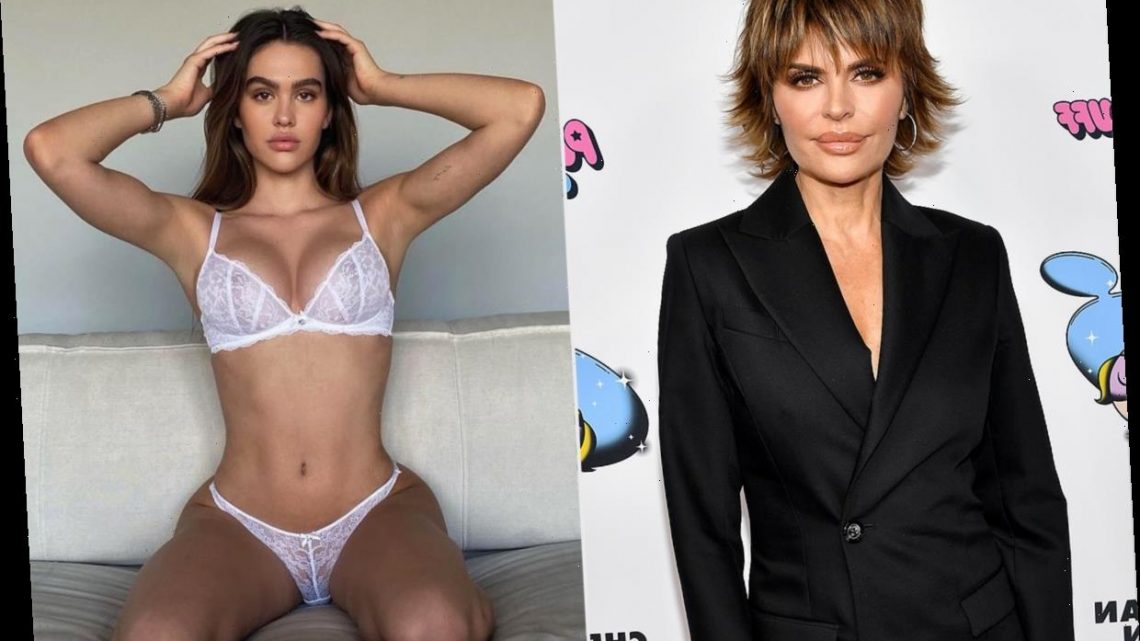 When the 19-year-old star received a hurtful comment on a sponsored Instagram post she shared on Tuesday modeling Boux Avenue lingerie, her Real Housewives of Beverly Hills star mom, 57, clapped back.

"@lisarinna wtf is wrong with u? U like what u see???? Discusting [sic]," the Internet troll wrote. To which Rinna (who shares her daughter with husband Harry Hamlin) replied, "What is wrong with you? This is my child." In the snaps, Hamlin poses on a couch and chair wearing a white lace bra and matching underwear. "easy to practice self love in my @bouxavenue designed in london….. #myboux #bouxavenue#lovemeforme #ad," she captioned the post.

The model's followers left plenty of fire and heart eye emojis in the comment section, with one writing, "Unreal 🔥"

"ohhhh hellllloooo 😍" someone else added. Rinna has defended her daughter before, including back in September when viewers of the Bravo realty show questioned how Hamlin could afford to rent a $5,700-a-month apartment, which was featured in an episode.

"It's all her money," Rinna said during the Real Housewives of Beverly Hills reunion. "I'm not even helping her [with] a thousand dollars."

"That's her modeling money," she shared. "Amelia Gray makes more money than all of us."

Last month, Hamlin made headlines when she was spotted with Scott Disick in Los Angeles after ringing in the New Year together while vacationing in Cabo San Lucas, Mexico.

Disick — who shares three children with ex Kourtney Kardashian, 41 — and Hamlin have been linked since October, when they were first seen walking arm-in-arm on the beach in Santa Barbara, California.

Although neither has publicly commented on the status of their relationship, a source told PEOPLE in November that Disick is not in a rush to start dating again after his split from Sofia Richie.

"Scott is single, having fun and enjoying life. He is doing well and staying healthy," the source said at the time, adding, "He hangs out with friends, including girls. He is not interested in dating anyone right now though."