Kate Middleton has often been inspired by her late mother-in-law, Princess Diana, over the past decade since she joined the Royal Family. The Duchess has worn outfits in the past that look similar to the ensembles Diana used to wear – from tailored blazers to floor-length dresses. Polka dots was another trend Diana was often seen donning, which Kate has now imitated.

Express.co.uk spoke to two fashion stylists who shared their expertise on Kate’s use of polka dot outfits.

Miranda Holder, TV stylist and fashion expert, explained that polka dots is a good choice of pattern for anyone in the public eye as they make the wearer seem “more relatable”.

She said: “Polka dots are a timeless and elegant fashion trend that is perfect for a royal wardrobe, as they inject a little character into a look whilst still being refined, making them a natural choice for the beautiful Duchess of Cambridge to wear.

“This year, Kate has really made the look her own, wearing a striking monochrome look at Royal Ascot, a beautiful blue polka dot dress at Wimbledon, and even an understated print dress at Prince Phillip’s memorial service.” 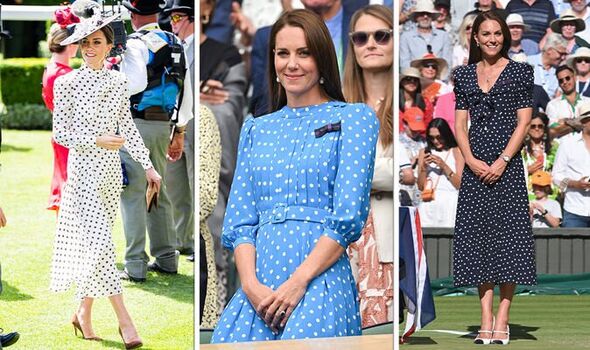 Miranda continued: “Princess Diana, who knew a trick or two about dressing for impact, was also a fan of the pattern, which brings a soft, playful feel to an outfit, making the wearer appear more approachable and relatable – an effective style-tactic for anyone in the public eye, especially a future Queen.

“Kate’s signature look is monochrome – wearing a single colour from head to toe – which can be impactful and helps the Duchess to be easily identified, cementing her personal brand.

“Polka dots are a welcome deviation to this as they add character whilst still feel neutral and timeless – both key factors in the royal wardrobes.”

The polka dot print is versatile and accessible to all, according to Miranda.

She said: “It comes in a rainbow of patterns and scales, and can be dressed down for casual daywear or elevated for a more sophisticated look as we usually see on the royals.

“It has been particularly popular this year because fashion is cyclical, so the print has regained traction with designers and retailers, but Kate would also have been inspired by Diana’s previous showstopping looks, which were nothing short of iconic.”

Personal stylist and fashion expert Samantha Harman agreed that Kate could have taken inspiration from Diana for her polka dot looks this year.

According to Samantha, Kate’s Royal Ascot outfit this year was very similar to an ensemble Diana wore years ago. 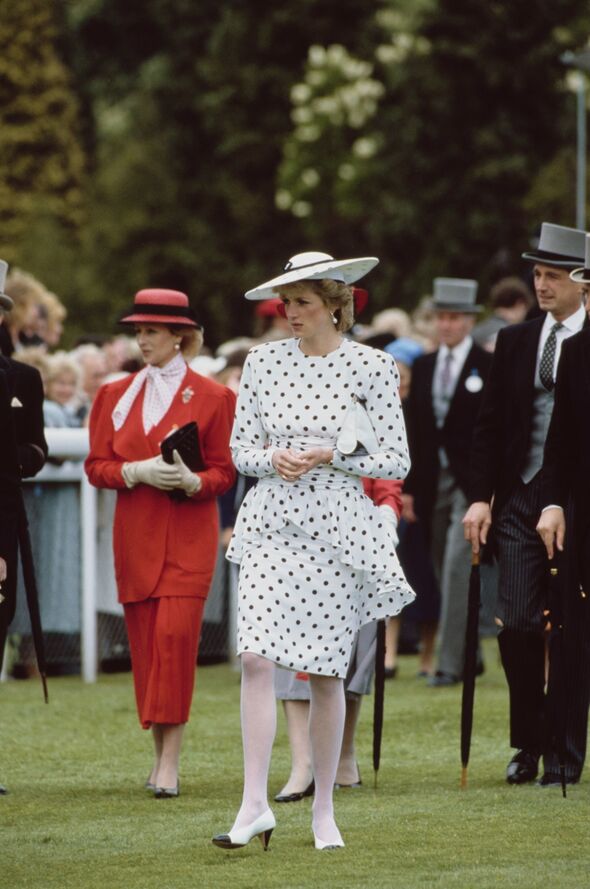 She said: “But what’s very interesting about Kate’s Royal Ascot look is how closely it resembles a dress worn by Princess Diana to the same event.

“It’s very possible it was used as a reference point for this look.

“All these years on, Diana is still a source of so much fashion inspiration. It’s no surprise that Kate, like many other women, looks to Diana for ideas.”

Samantha added that “polka dots are a classic print that allow the royals to have a little bit of fun in otherwise very formal attire”. 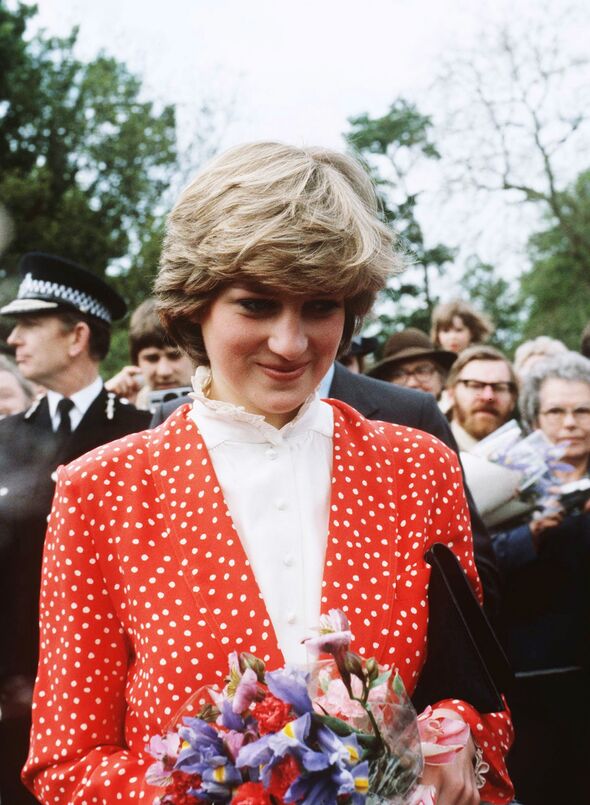 “Popularity for the polka dots goes back to the 1800s when the polka dance became popular and the first time, machines were able to evenly space dots onto fabric,” she said.

“Even the Queen has been seen in polka dots before, so it really does have the royal seal of approval, unlike most prints.

“We have seen Kate in spots many times before – she is a fan of Alessandra Rich designs and has a number of navy or black and white polka dot dresses, which has worn on a number of occasions.”

The Duchess of Cambridge also has a brown and white polka dot dress.

A practical, unsexy guide to dating after a long-term relationship
Entertainment