Home » Fashion » Kate Middleton made two subtle nods to Meghan Markle wedding this week – did you see them? Kate Middleton made two subtle nods to Meghan Markle wedding this week – did you see them?

Kate Middleton and her style choices are admired by many, with the clothes that she wears often selling out shortly after she’s been seen in them. Considered a style icon by many, the world was watching as she arrived at the Chelsea Flower Show 2019 on Monday evening. The Duchess of Cambridge wore a £2,602 designer dress. The total spend on the ensemble was £11,912.

This was, in part, due to the large pearl earrings she wore from Cassandra Goad, which sell for £4,360.

Kate also opted for a pair of wedge heels, thought to be her Castaner ‘Carina’ espadrille wedges which sell for around £134.

The dress itself was the Shebah Floral Cotton-Silk Gown by British-Canadian designer Erdem.

While Kate may not have been spotted in this particular garment before, another royal had.

In fact, at the Royal Wedding of Meghan Markle and Prince Harry back in May last year, the Duchess of Kent, 86, had chosen to wear the dress. 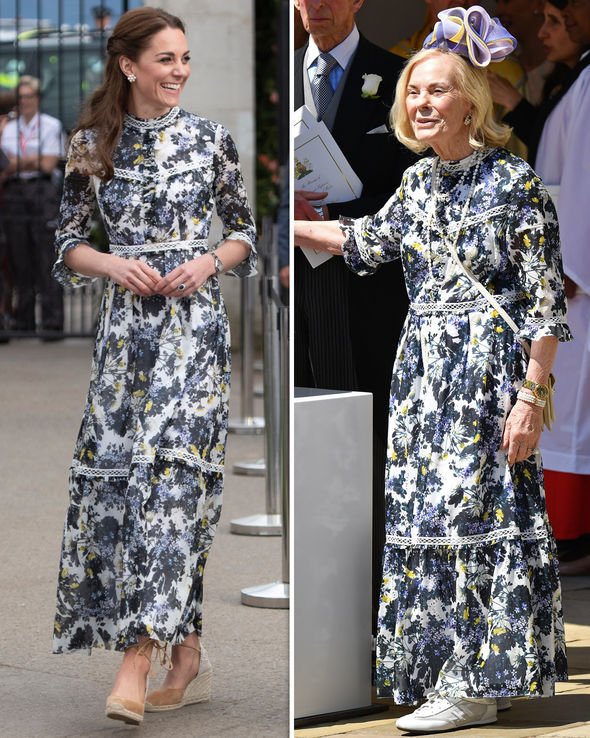 It seems to be a very popular choice amongst the Royal Family, as Princess Eugenie has also worn a similar piece.

The Princess wore a different version of the same print in April this year.

It’s not the first time that the Duchess has been spotted wearing a dress which was also seen at the Royal Wedding.

Last week, Kate paid a visit to the D-Day exhibition at Bletchley Park. 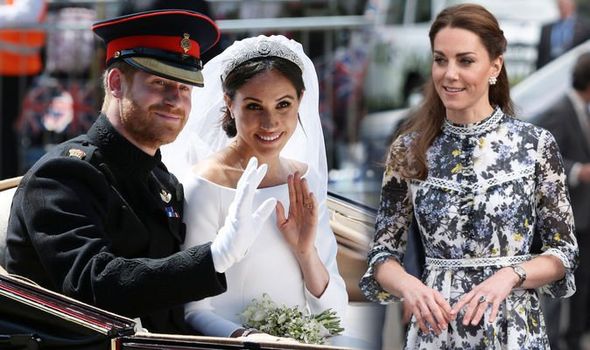 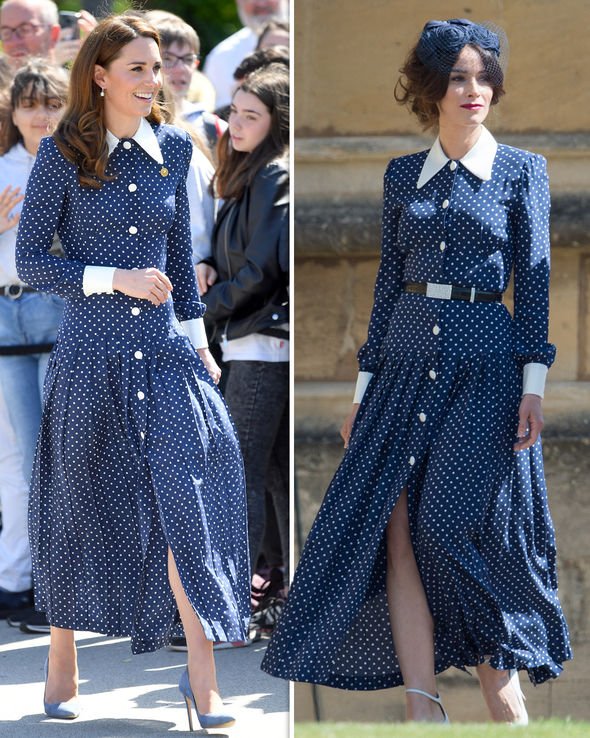 The garment may have seemed familiar to some, as it was also seen at the Royal Wedding in May last year.

However, the pair wore the look in very different ways.

The actor, for instance, teamed the dress with a black belt, as well as a blue hat.

Meanwhile, Kate wore the dress belt-free, with a pair of pale blue heels.