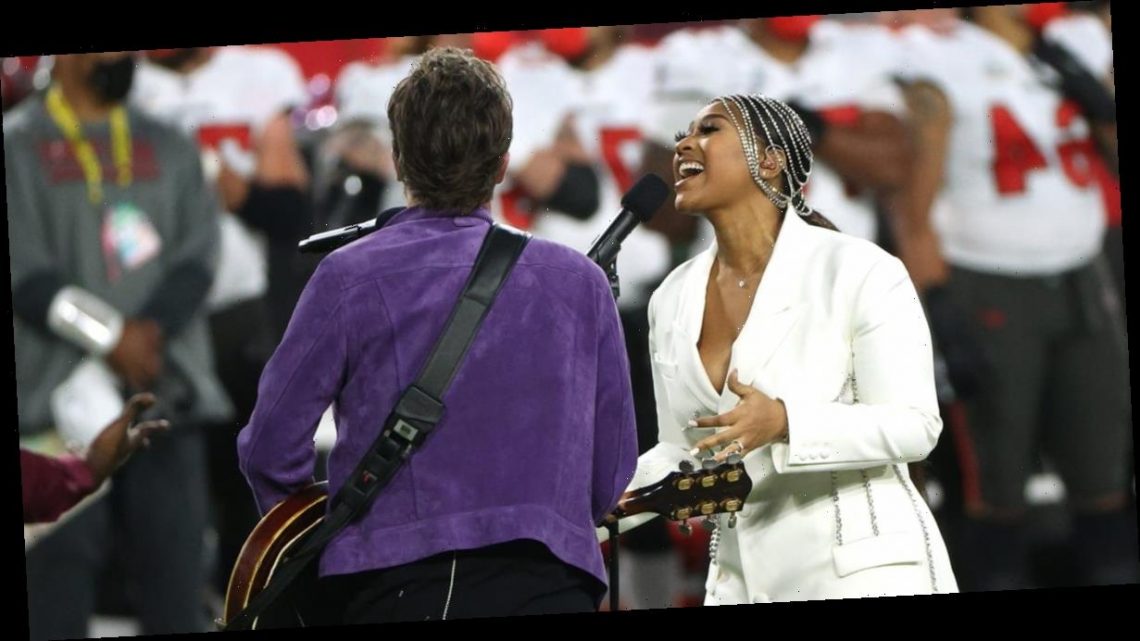 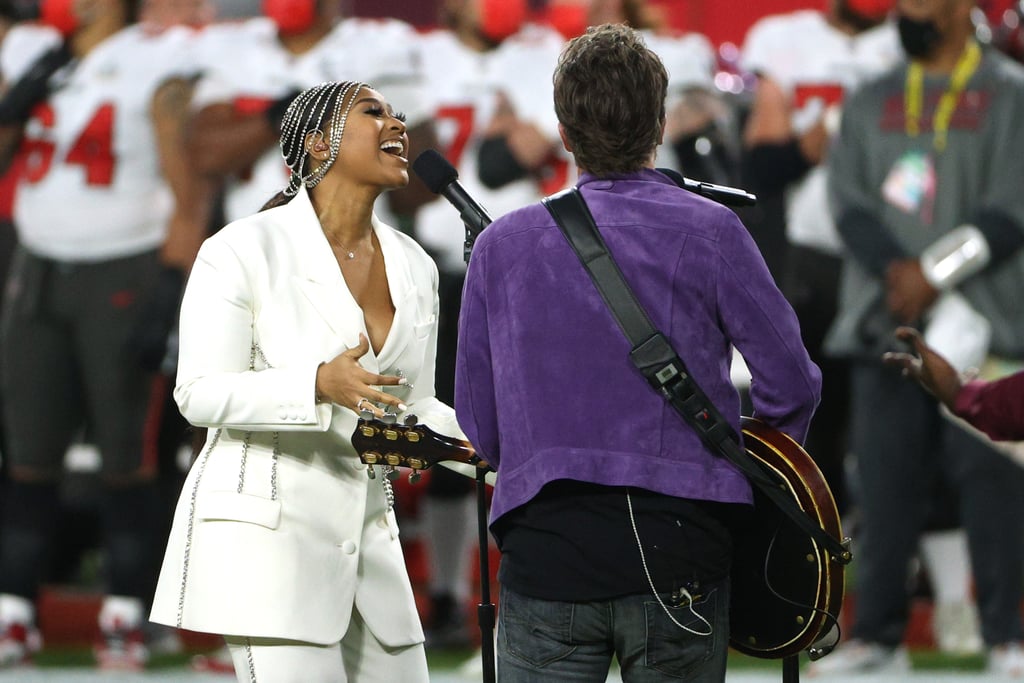 Jazmine Sullivan took the field at Super Bowl LV to sing “The Star-Spangled Banner”, alongside country star Eric Church, wearing a stunning white suit and shimmery headpiece. The singer opted for a white suit by the NYC-based brand Area, created by designers Beckett Fogg and Piotrek Panszczyk. The duo is known for their couture-inspired looks that often feature tons of embellishments and extravagant headpieces. It turns out, Jazmine was actually paying homage to the one and only Whitney Houston. First, Twitter users realized that Jazmine wore a white tracksuit during her rehearsal that was similar to the one Houston wore at her own Super Bowl performance in 1991.

For the actual performance, Sullivan paid her second tribute to the late singer with the help of her headpiece. Many noticed similarities between her Area headpiece and the one Whitney Houston wore in her iconic film The Bodyguard. Keep reading to see Jazmine’s outfit from all angles ahead. Then, rewatch her performance with Eric Church, too.

Queen Latifah is 'The Equalizer' after Super Bowl 2021
Entertainment