Home » Fashion » I’ve spent £15k on birthday parties for my eight-year-old, I even had a pony dressed as Elsa from Frozen at one I’ve spent £15k on birthday parties for my eight-year-old, I even had a pony dressed as Elsa from Frozen at one

A MUM who has spent £15,000 on lavish birthday parties for her eight-year-old including a Hollywood style cinema night during lockdown.

Spending £500 on Skylar-Rose’s eighth birthday bash on Saturday, November 21, Liyah Londyn, 34 surprised her daughter and their family support bubble with a viewing they would never forget. 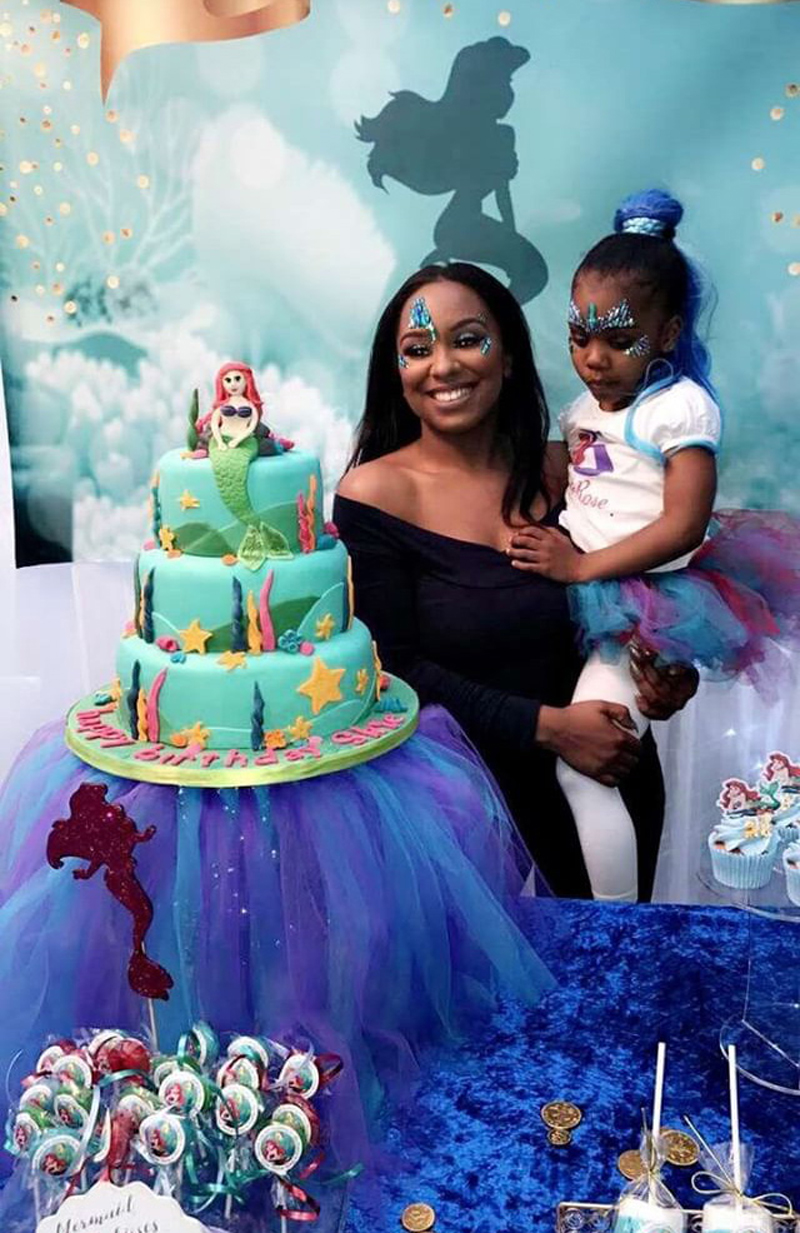 A cascading popcorn cake, film-inspired décor and a colourful balloon display opened onto a stunning outdoor cinema marquee, sited beside the living room, where a special screening of Aladdin awaited them.

Liyah, of Croydon, south London, said: “You couldn’t see the marquee from inside, so when I told everyone to settle down for the movie they all moved towards the TV.

“Then I pushed back the sliding doors and went straight into the cinema tent.

“My daughter was absolutely blown away.”

Events organiser Liyah, who is no longer with Skylar’s dad, although they are friends, has thrown everything from a glamorous jungle-themed nightclub event to Minnie Mouse and Wild West bashes. 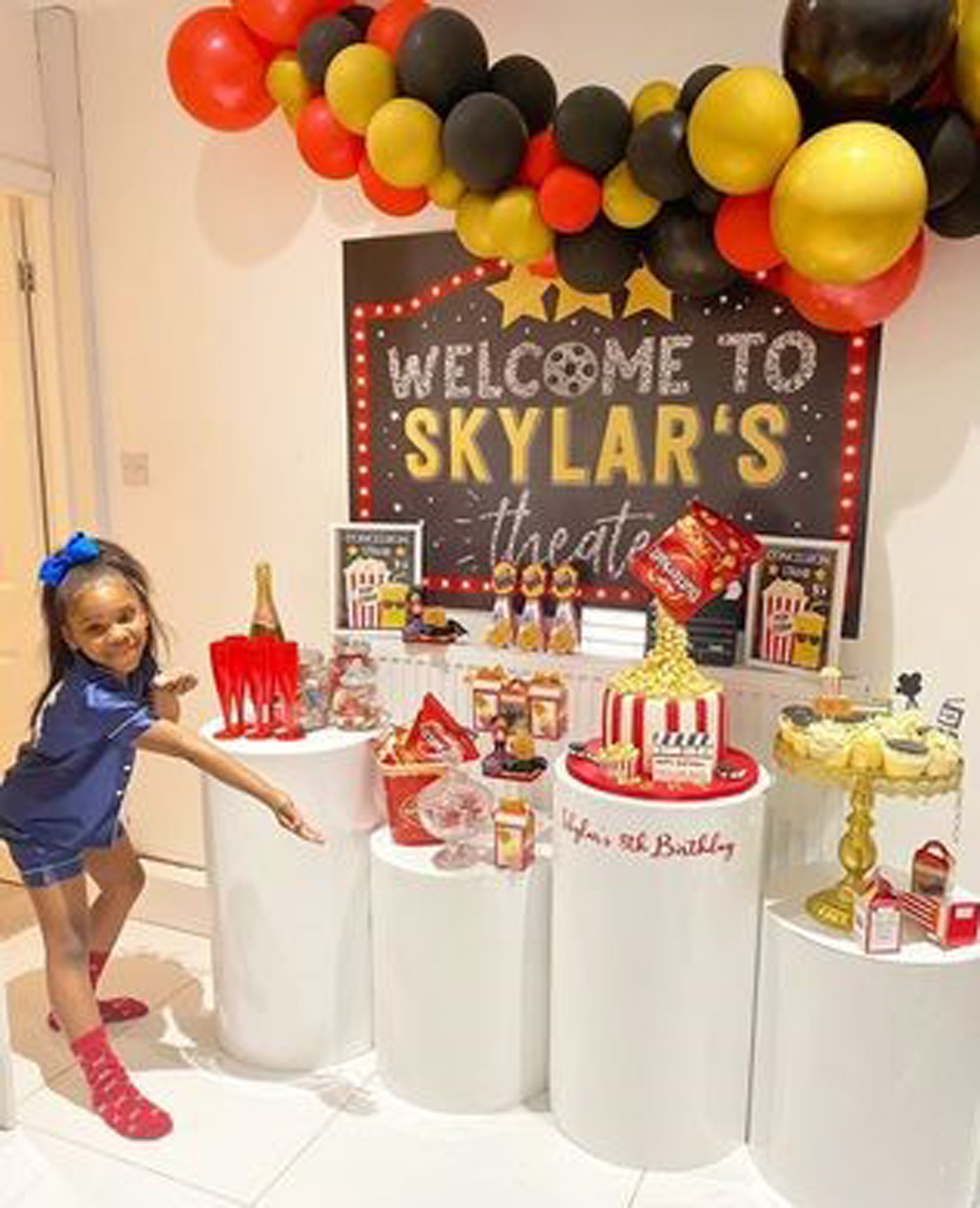 But she really went to town for her daughter’s seventh birthday, when she put on a Princess Tiana party – costing around £2,500.

The glamorous bash featured fairground-style food, a candyfloss machine, plus a live entertainer and exotic animal petting zoo, including African frogs, flying sugar gliders and even a cuddly tarantula.

And Skylar sang the Tiana theme song Almost There, with the Disney entertainer dressed as Princess Tiana.

Liyah said: “Skylar is such a sweet girl. She loves school and loves her friends.

“When there was no school because of the first coronavirus lockdown, nothing was open and you couldn’t go anywhere or do anything, it was quite hard for her. 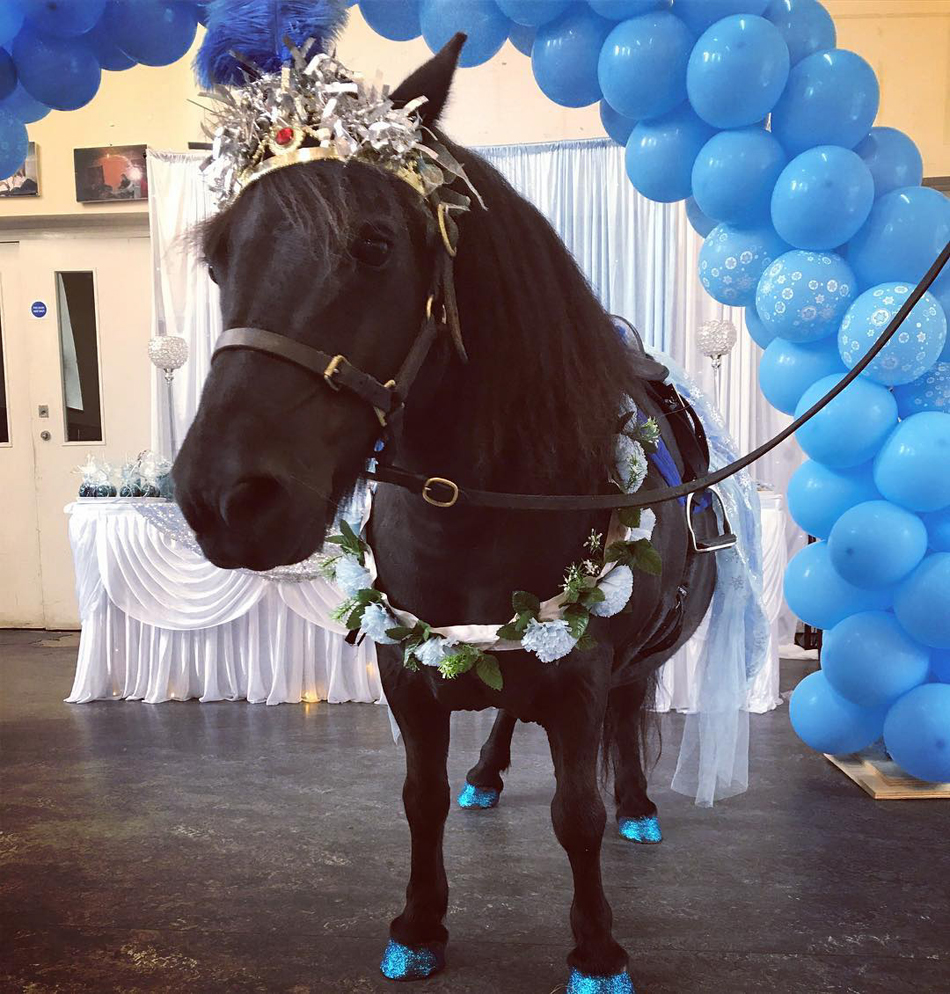 “She was really excited to go back to school, but really disappointed when I told her that, because of all the restrictions, she wouldn’t get a party this year.

“She was really sad at first, but I think that she didn’t want to make me feel bad about it. She kept saying, ‘It’s fine, Mummy’.

“This is a child that’s used to lots and lots of things and over the top birthdays, so I was so impressed by her behaviour.”

But Liyah did not let her down, throwing the cinema party, which she said was Skylar’s favourite celebration to date.

She said: “Because she wasn’t expecting it at all, she had the best reaction. 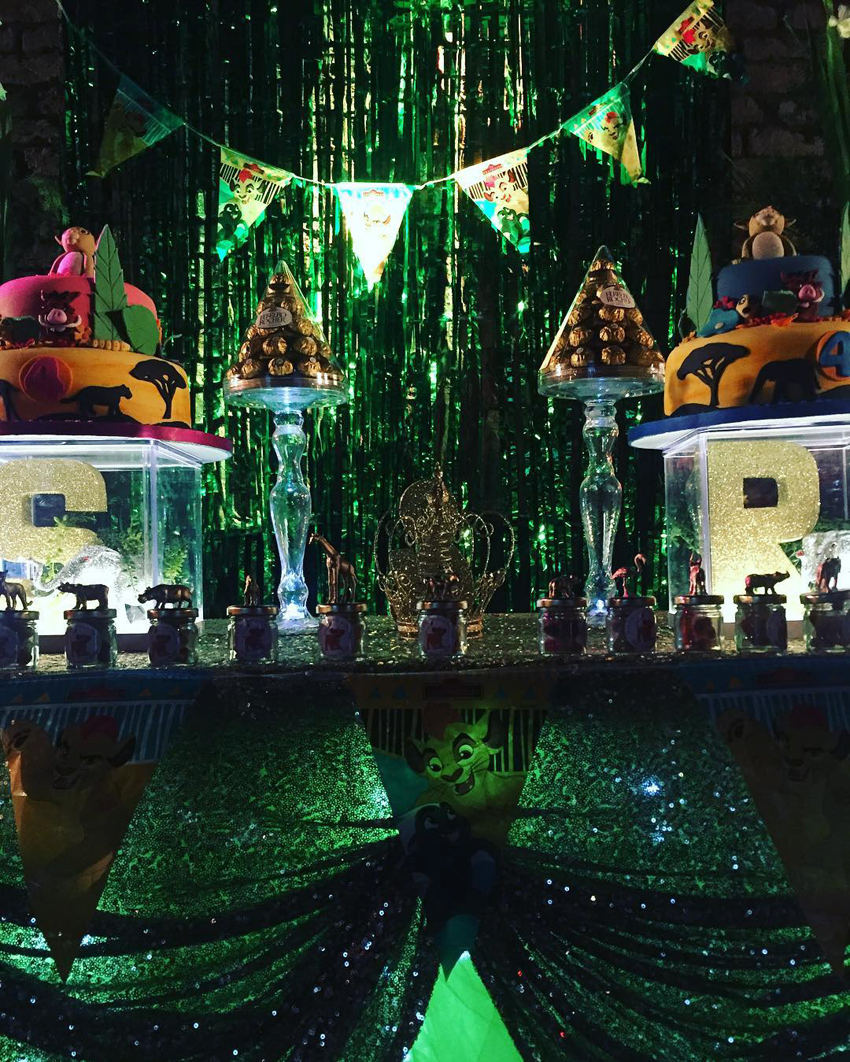 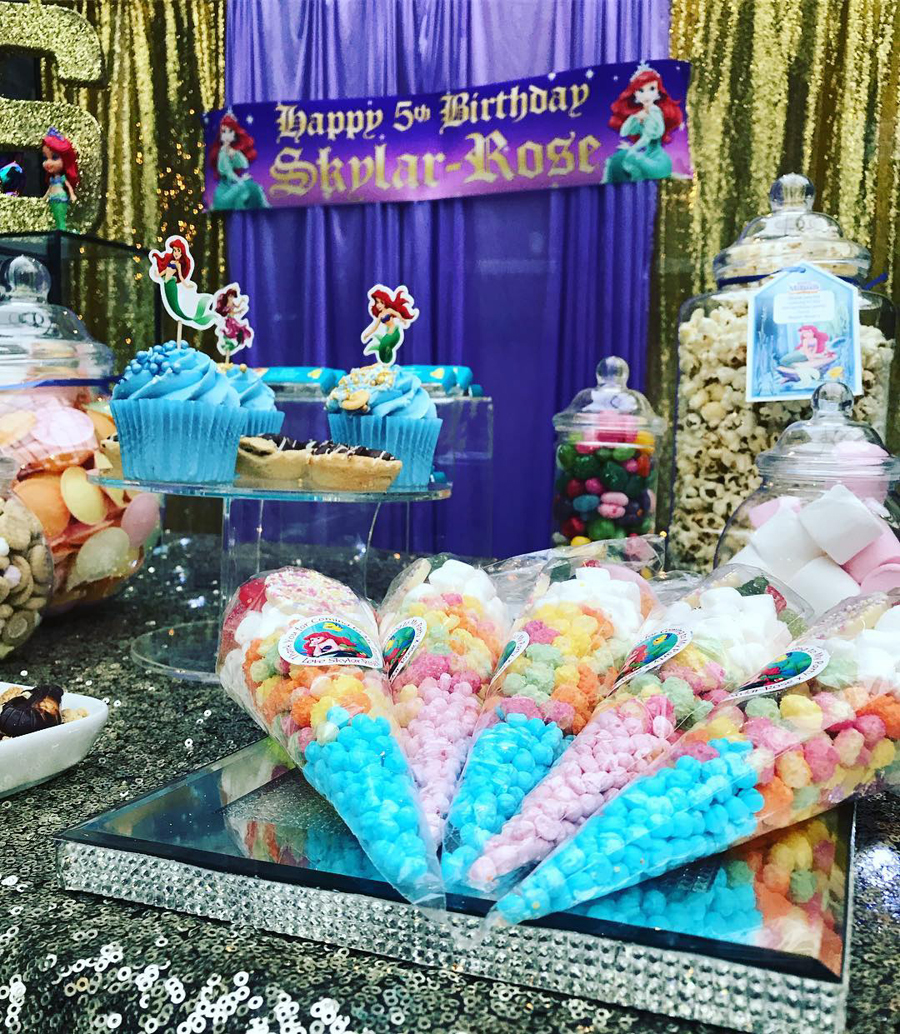 “She was blown away. She was buzzing.”

Bringing joy to her daughter’s life is all the reward Liyah wants for her tremendous effort.

“I absolutely love it,” she said. “And her reaction to the cinema party was extra nice – making this my favourite party, so far.

“It was a challenge to think outside the box for something to do without breaking the restrictions.

“And Skylar was genuinely overjoyed.” 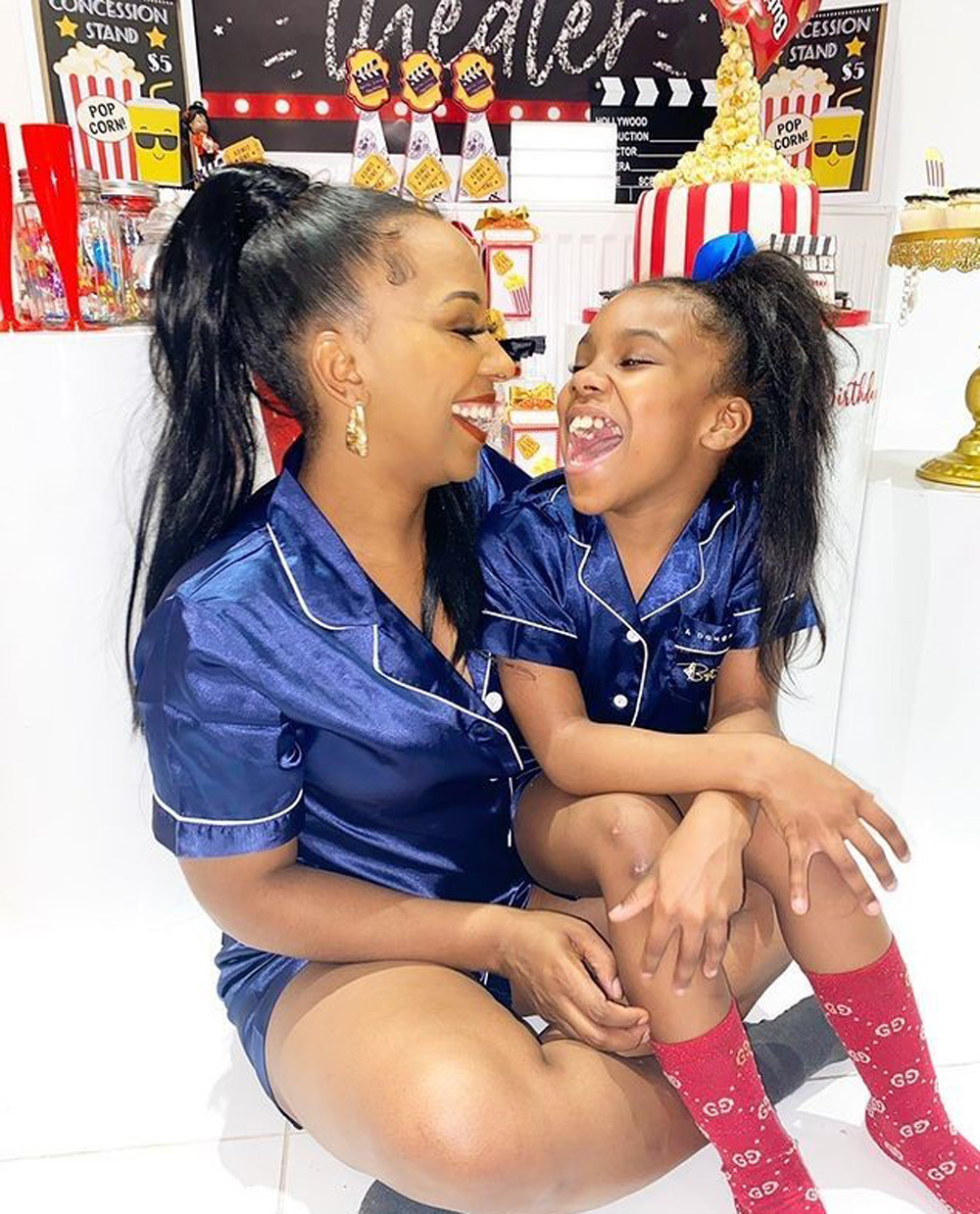 Of course, resourceful Liyah is now thinking of ways to incorporate what she learned from her daughter’s latest party into her business.

She explained: “Usually, I throw a princess party or have some type of theme – like ponies or live animal shows.

“I couldn’t do any of that for Skylar’s eighth birthday, but I didn’t want to have a basic party.

“My daughter loves movies and family time, but I wanted to build on that idea and make it something special.

“Then I came across these outdoor cinemas and contacted a few places, but I was worried, as they are summer things, that it would be too cold to use one in the garden in November. 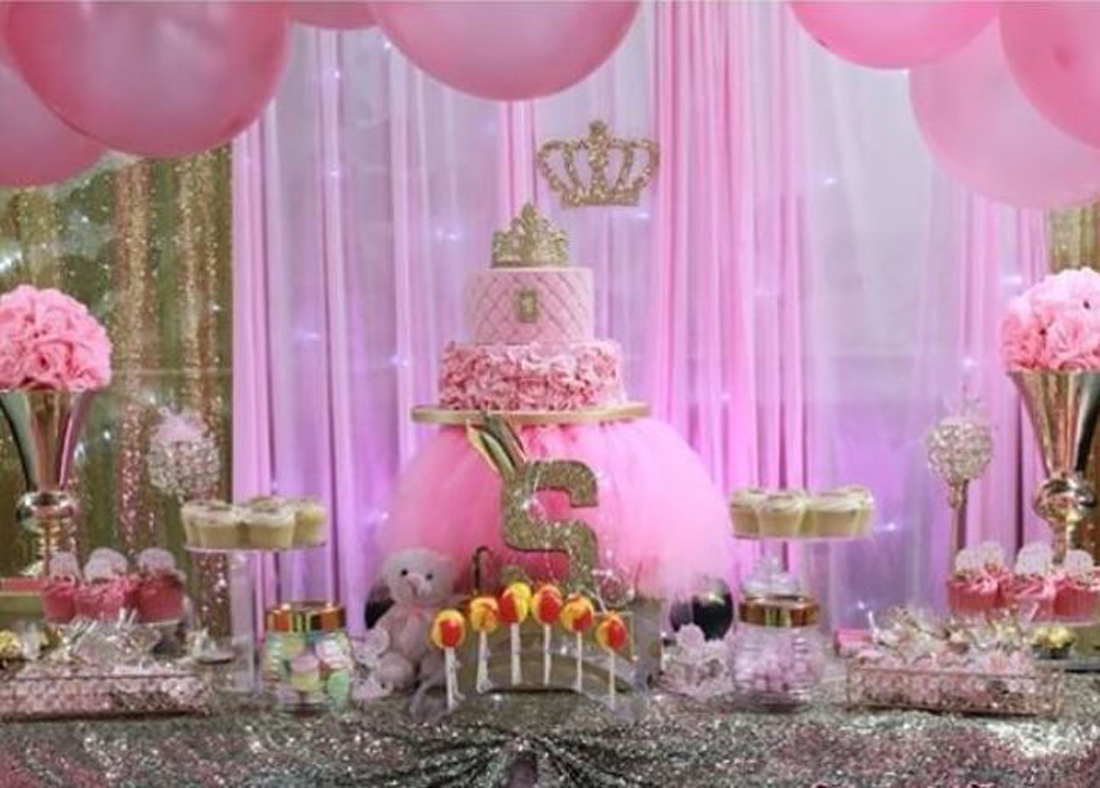 “But one company said they’d ordered something suitable and that I’d be the first to use it.”

It was a leap of faith for Liyah, who normally starts working on an idea months in advance.

“I was on the edge, because I had a month to go and nothing was planned,” she said.

“Usually, I start planning from the beginning of the year and begin paying things off early, too.

“There’s this misconception that I just splash the cash all in one go, but it’s not like that. I stagger it and it’s more or less paid for by the month before her birthday.

“It’s really the first time I haven’t done that, so it was strange.”

Still, the all-weather cover and inflatable marquee, which included special cinema chairs and a “massive 10-foot screen” was a massive hit. 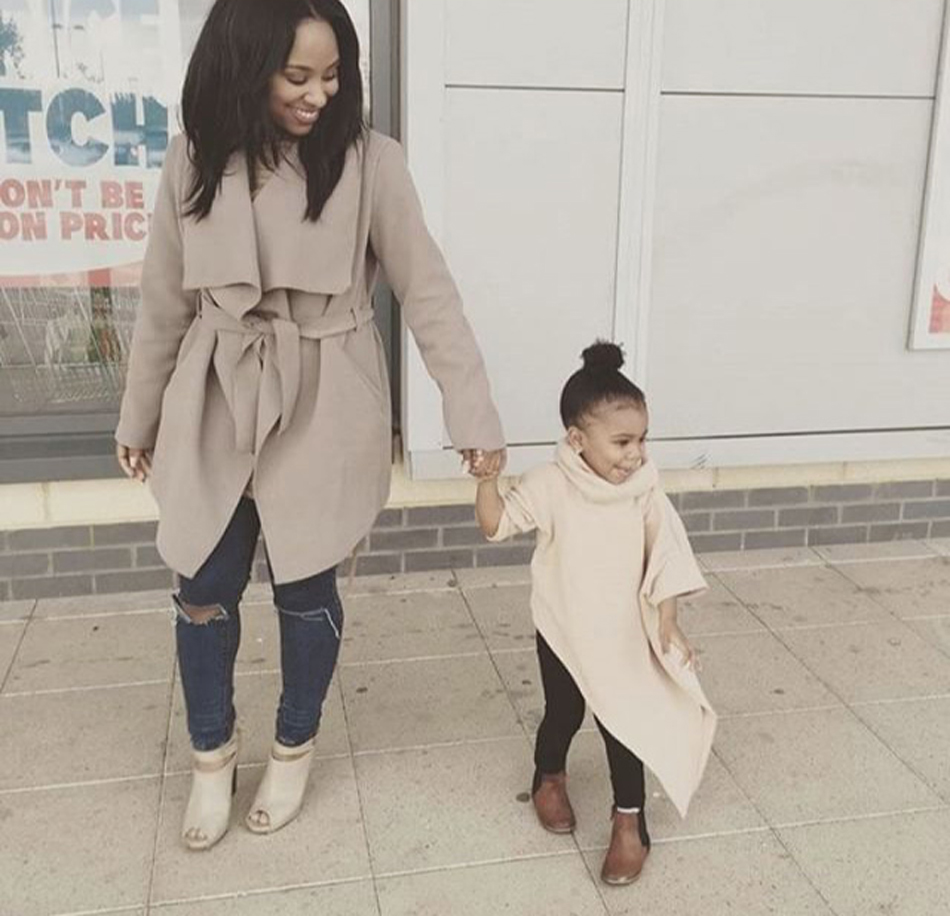 Liyah said: “It was just my household and my support bubble – so all Covid friendly.

“Because of what I do we had vendors contact us, so I got the party favours and Skylar’s outfits gifted for nothing. Normally, a marquee like this would cost £200 but we had a lockdown discount, so it was £160.

“The attention to detail was 10 out of 10 – with movie reels and clapperboards – and I would definitely use this again if I was doing something professionally.”

Learning to adapt has been very important to ensure the continued success of her business, Once Upon A Party Events, during the Covid-19 pandemic.

She has developed a range of party boxes, so that hosts could have all the essentials delivered to them to set up their own cake tables and customised backdrops.

With contactless doorstep cake and balloon deliveries also available, her innovations have proved a resounding hit with families looking for something to celebrate.

“It’s not exactly the same, as our most popular package is the cake table and background, but obviously we can’t be on site setting up anywhere at the moment,” Liyah said.

“We do doorstep deliveries, just so people can have something.

“We get a lot of people requesting this for first birthdays, Zoom parties, or just for their household.

Again, the resourceful businesswoman says her customers’ reactions have far exceeded her expectations.

She said: “I didn’t think the packages would do that well, because I thought if you can’t have a hall and lots of guests then you won’t want a party at all.

“In fact, it’s been completely the opposite and lots of people have booked these deliveries.

“I think people just want something to look forward to.

“People need a little bit of sparkle at the moment.

“Skylar certainly laps it up!”

In other parenting news, this mum lets her two-year-old son cook all of his own meals from scratch.

And this mum shared the clever way she dip dyed her daughter’s hair using crepe paper – and the colour is amazing.

Plus parents are transforming their old trampolines into comfy summer dens – and they look amazing.

Addison Rae & Bryce Hall Get In a Thanksgiving Morning Workout

Even From the Desert, Danny Lyon Still Speaks to the Streets
Entertainment