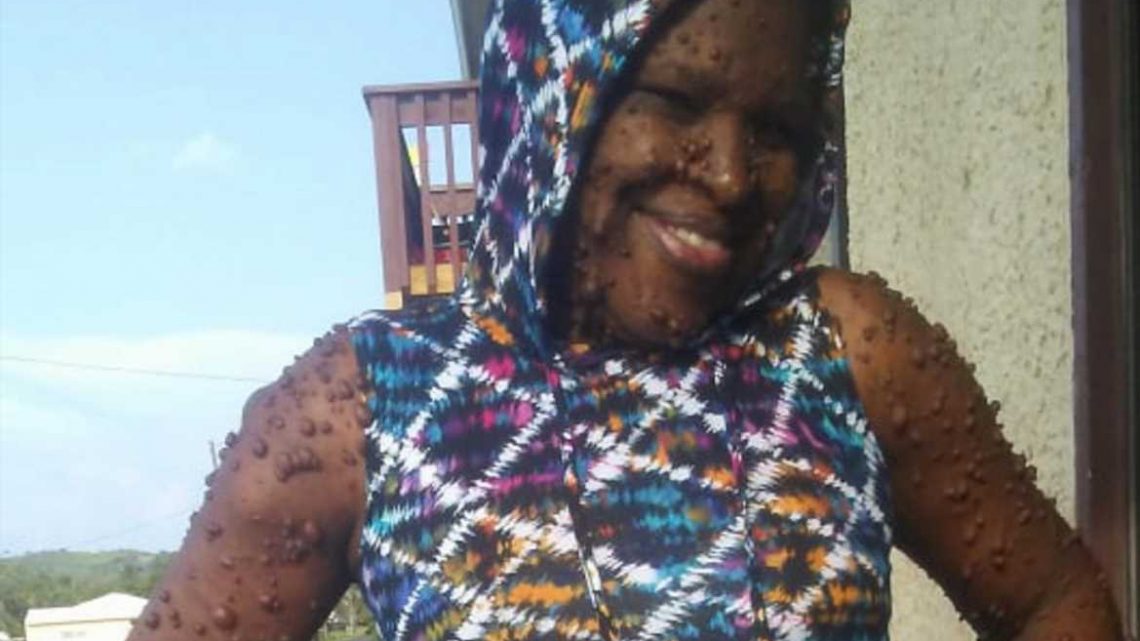 A MUM covered head-to-toe in hundreds of painful and itchy tumours has told how strangers point and stare at her.

Jamila Gordon has more than 200 little growths all over her body, due to a condition she has had since she was a baby. 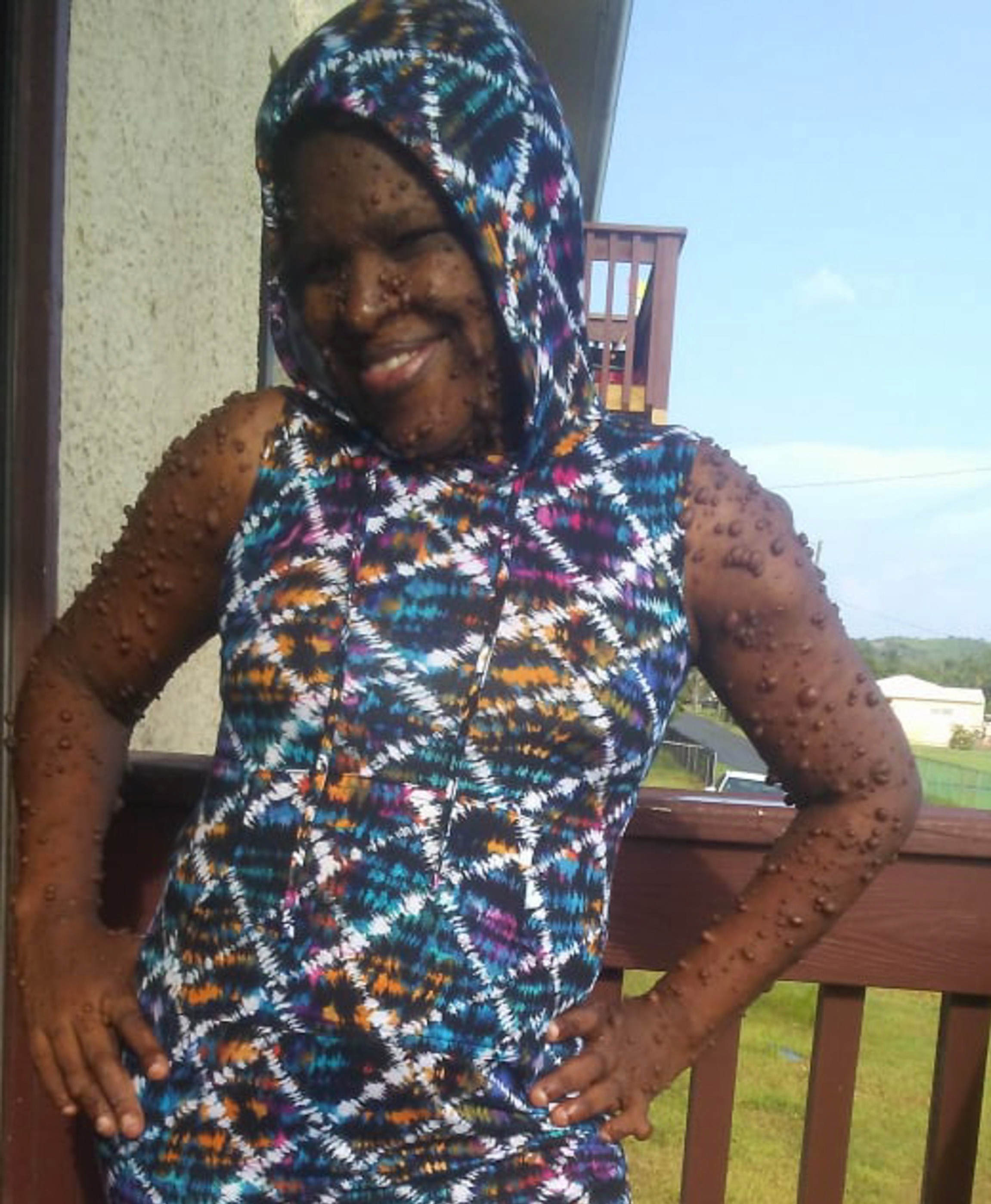 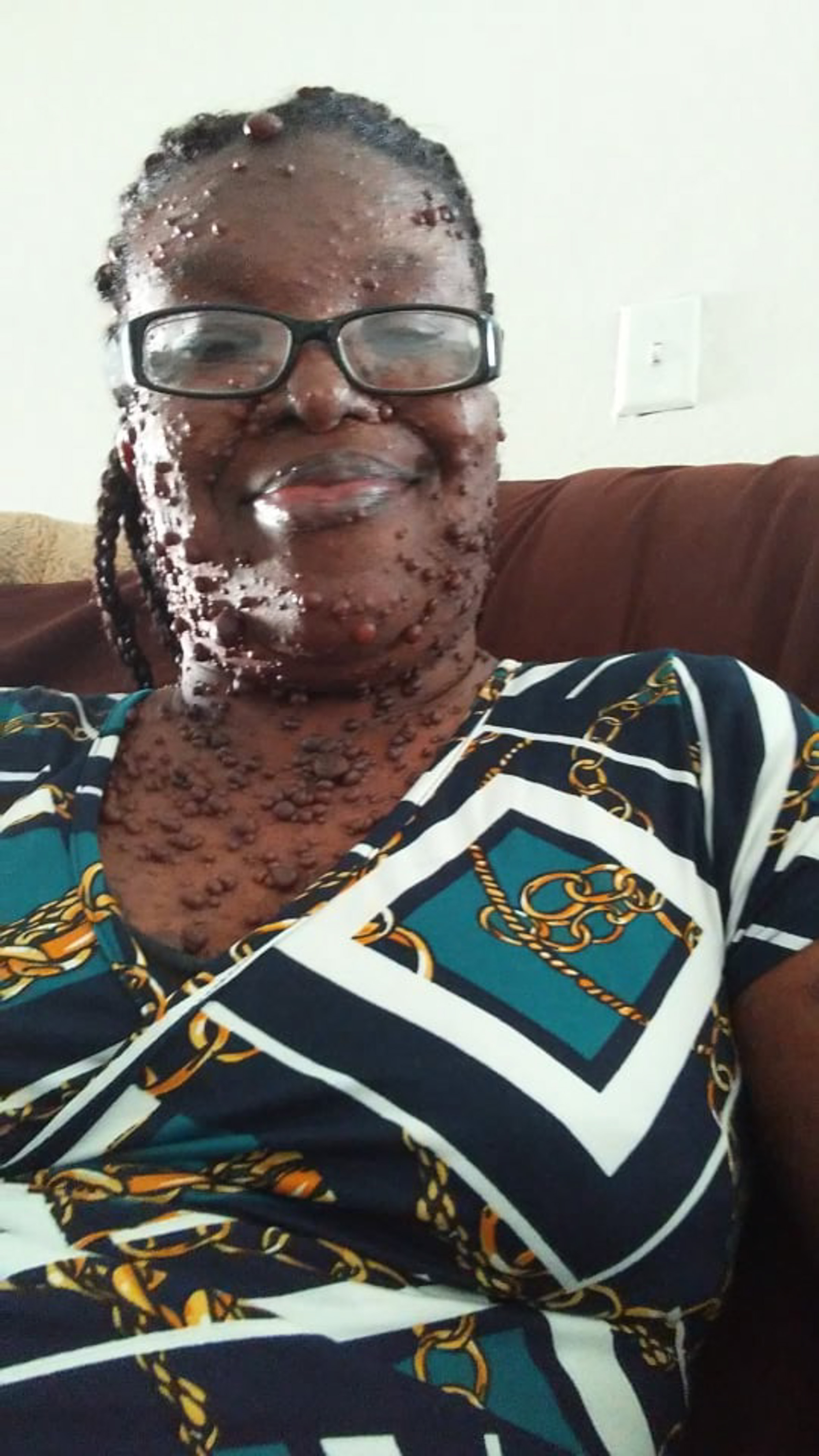 She is often left feeling anxious and self-conscious when people avoid or look at her because of the genetic illness.

The 33-year-old was diagnosed with neurofibromatosis when she was a baby after a lump formed on her stomach and has developed hundreds of tumours on every part of her body since.

Neurofibromatosis is a genetic condition that causes tumours to grow along the nerves.

The single mum-of-one, from St Croix, US Virgin Islands, said: "The tumours hurt and they're really itchy. They're all over my body and on on the bottom of my feet which makes it difficult to walk.

"I do get really nervous and depressed and I get anxious because people stare at me.

"Children stare at me, some people will come and ask but a lot will just stand and stare. 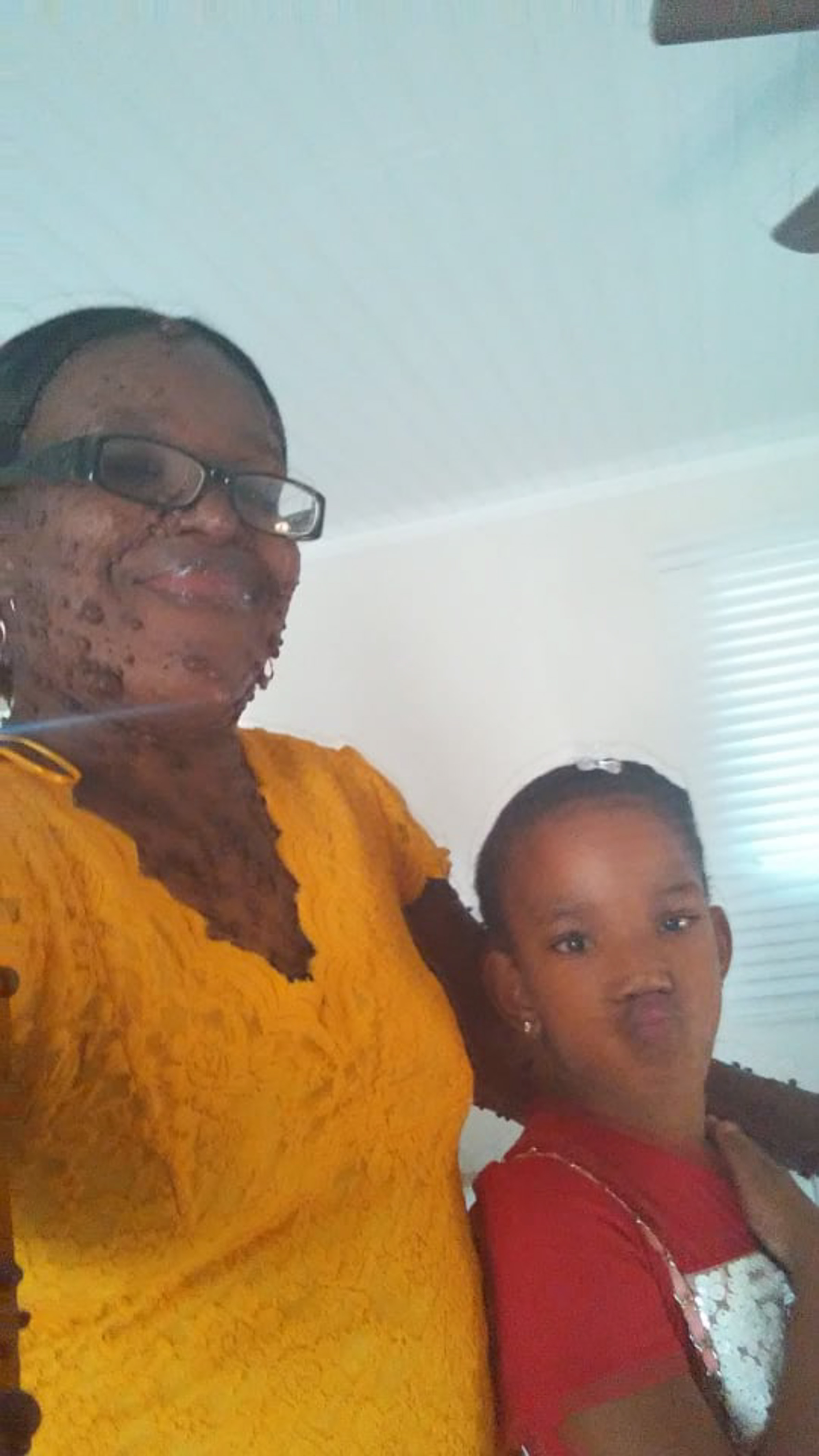 "When I was younger I got teased at school so I found it hard to learn and I never wanted to go.

"It's affected me getting into relationships because of my confidence and because the condition makes me depressed."

Jamila says that people feel so uncomfortable around her that she's even lost work due to the way she looks.

She said: "I used to work in a nursery where the kids loved me, they would stroke my tumours and were really curious but I could tell the parents were uncomfortable and the next thing I knew, I was told I couldn't work there anymore.

"That's happened a few times. It's a shame because I love kids but it has been hard to get a job because of my condition."

Jamila's daughter, Tatyana, eight, has also been diagnosed with the disease, which is genetic, and Jamila says although she worries for her future, it was Tatyana who helped her get some of her confidence back.

She said: "It took a long time to get my confidence back but I got a lot of it back because of Tatyana.

"She's just started to notice that people are staring but she doesn't care what anyone thinks.

"After school, she shouts my name and runs straight over to me for a hug.

"Every day I try and put a smile on my face and be the best woman and mum I can be for my daughter who loves me for who I am.

"I do worry about Tatyana though because she also has the disease.

"She's developed little spots so far and the doctor said they won't grow in tumours but you never know with this condition. They could get bigger when she reaches puberty." 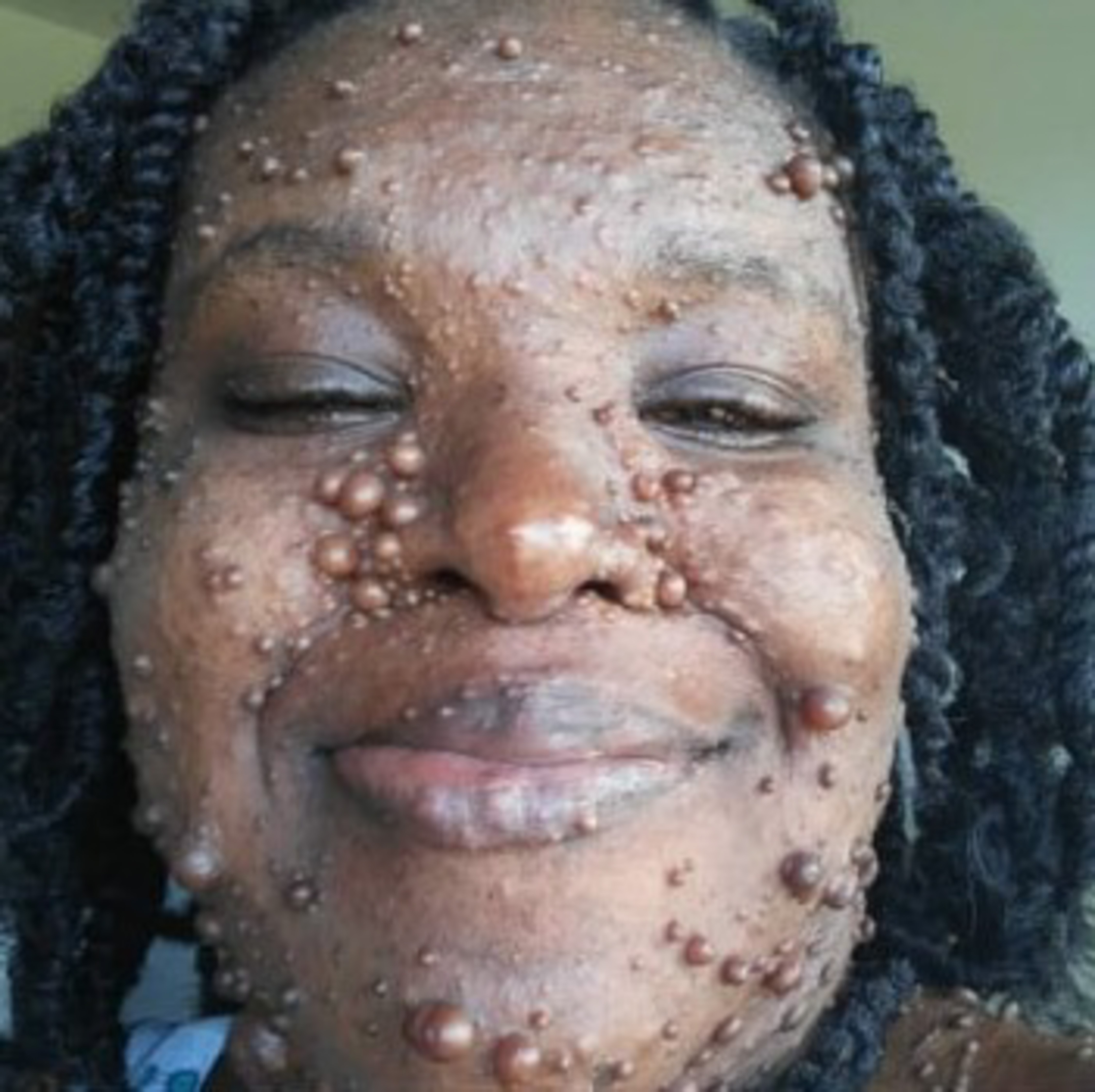 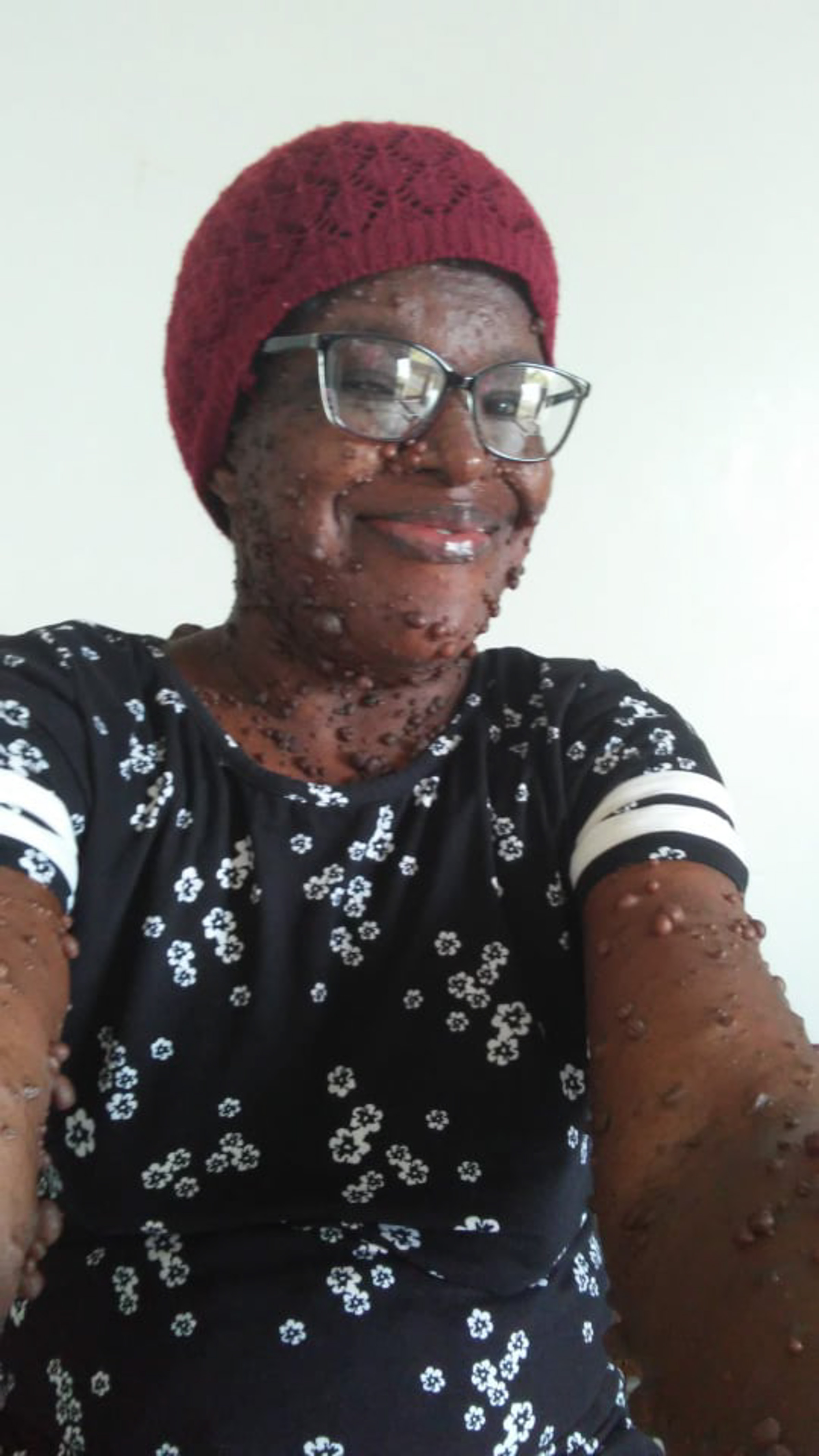