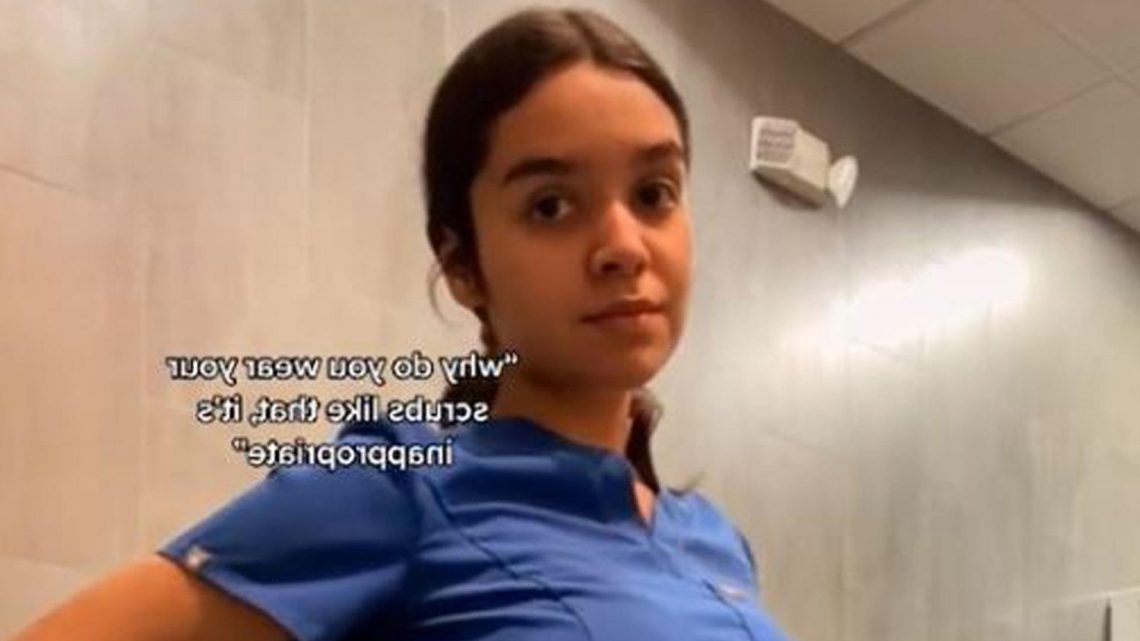 A NURSE has hit back at trolls who say she looks inappropriate in scrubs.

A young nurse, Erika Diaz, 22, from the US, has gone viral after revealing she's been told the way she wears her hospital uniform is ''inappropriate''. 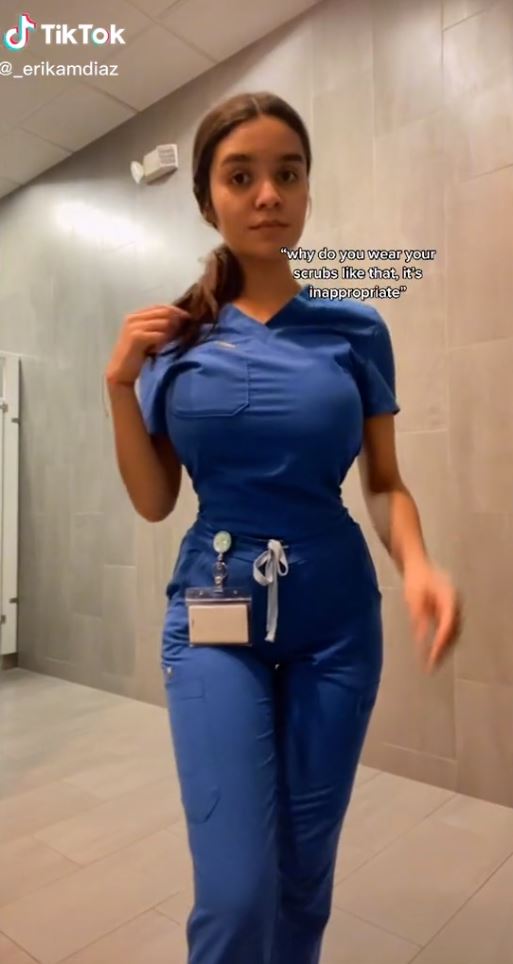 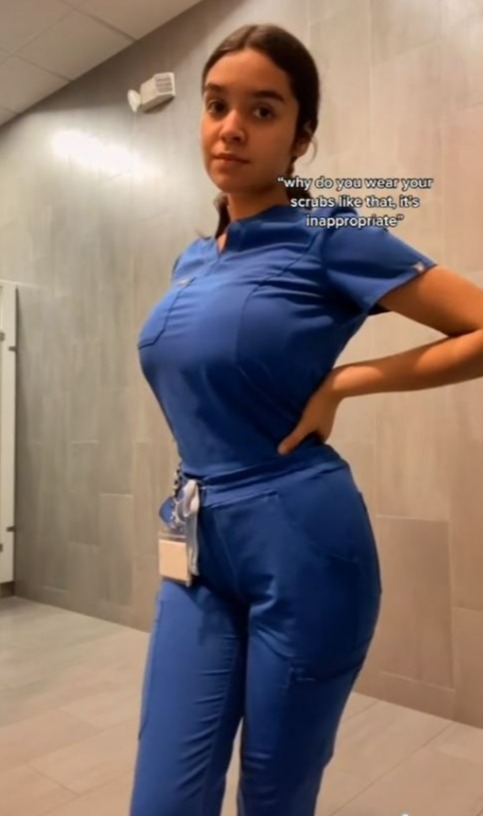 In the video, which has since taken the internet by storm, Erika shows the garment in question and how it fit her body versus how the company has advertised it on their page, The Daily Dot reported.

While Erika, a more curvy woman, does have different body proportions than the models in the snaps, the way she wears the blue scrubs seems to fall in line with the brand’s expectations.

“Some people just have an issue with my body not my scrubs and it shows,” Erika wrote caption.

The 22-year-old's clip has currently amassed more than a whopping 12.6 million views. 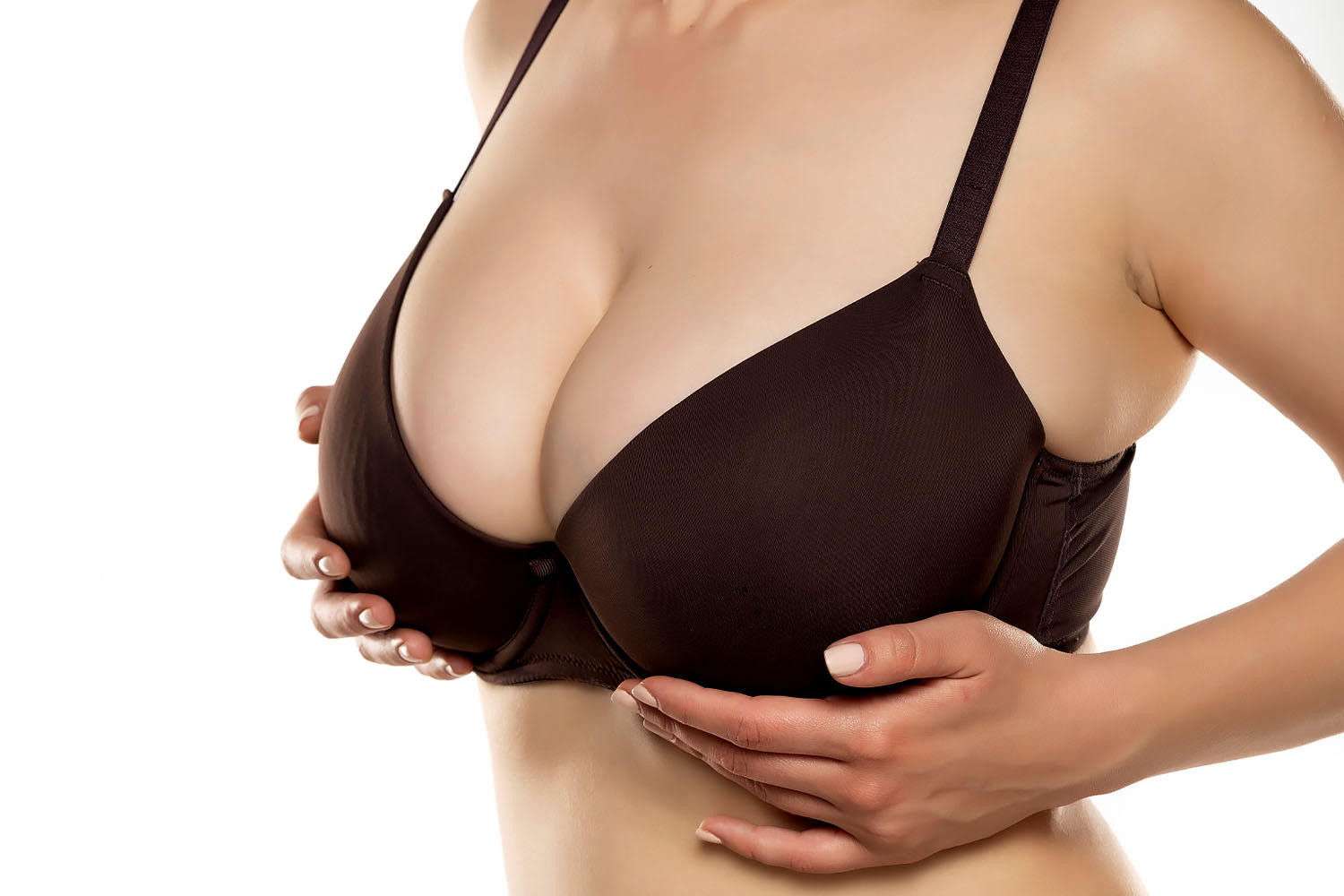 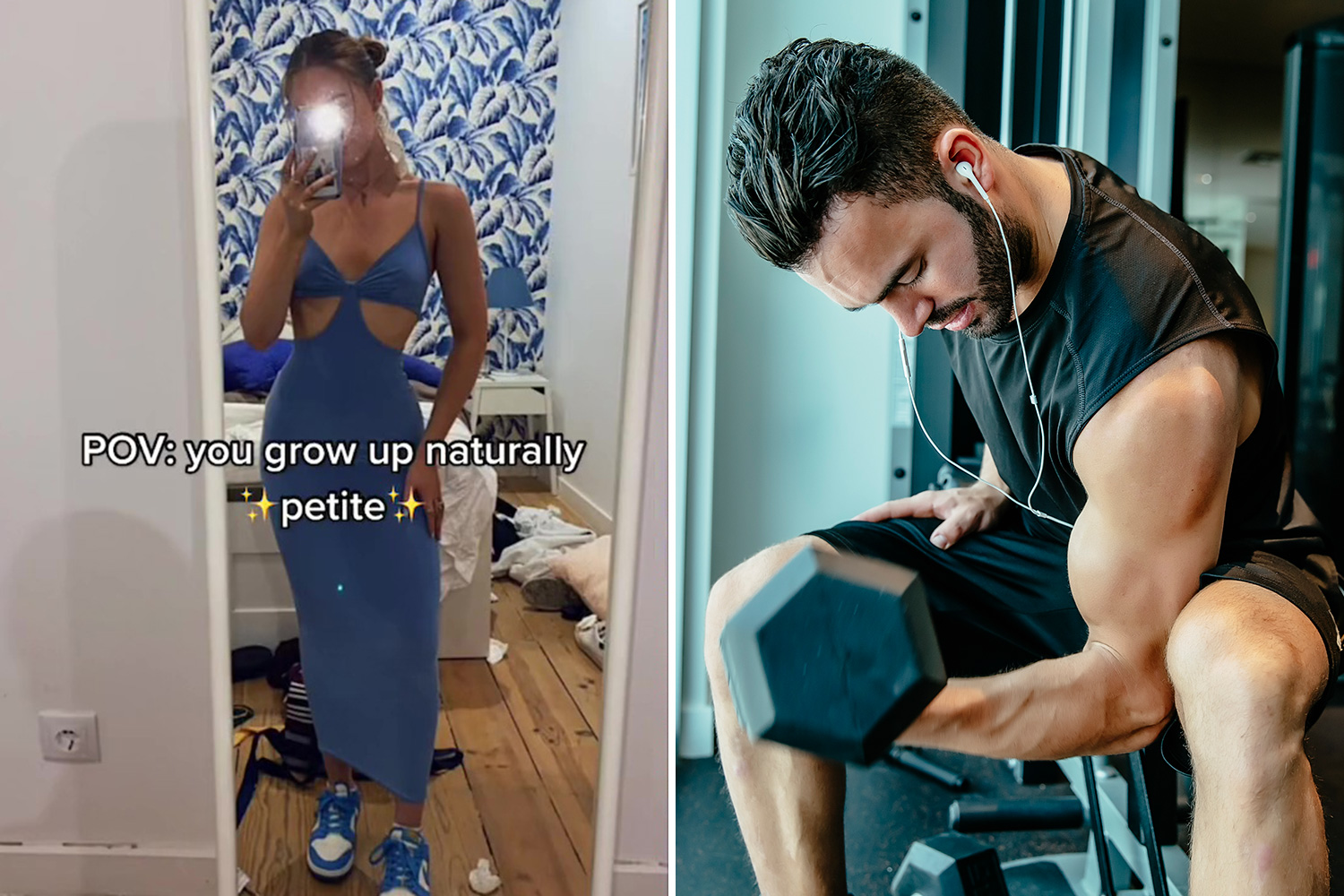 She also hit back at the trolls: ''I literally work 2 jobs, volunteer and i am still studying.

'im devoting my life to the improvement of others and anyones opinions are irrelevant [sic].''

At first, some viewers some TikTok users agreed with those who said the look was inappropriate – or at least, ill-fitting.

Woman shares easy hack to cool your house during the heatwave

“Or you could just buy a slightly bigger size…it’s no big deal (no pun intended),” another added, whilst someone else was convinced Erika was trying ''to land a doctor''.

However, very soon the comments section took the 22-year-old's side, with many showing support.

Some viewers pointed out that if she is comfortable and able to perform her job, the size and the fit of the garment shouldn’t be an issue.

“Anyone saying ‘buy a bigger size’ it doesn’t rlly work like that,” a commenter explained.

“Sometimes a bigger size will be too big on the arms or too long.”

A further agreed, stating: “Everyone has a different body type and clothes can fit differently for everyone so it’s not anyone place to judge her wearing normal scrubs.''

Also, by continuing to make remarks about her outfit, people pointed out that you will only continue to reinforce Erika’s original argument.

“I ain’t remember the last time I cared what a NURSE looks like when they’re helping me,” one said.

A second jumped in and commented: ''If she’s covered up, it’s appropriate.

''She can’t help how she’s built. Her shape isn’t inappropriate.'' 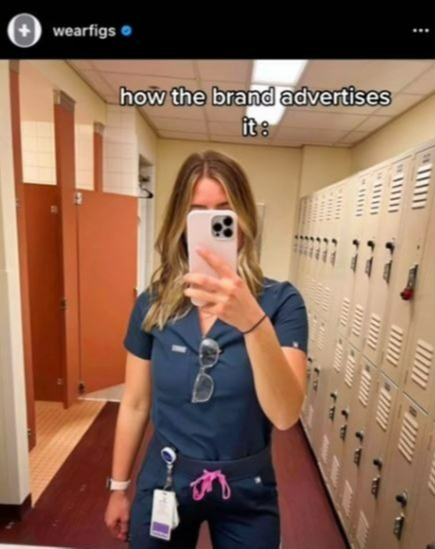 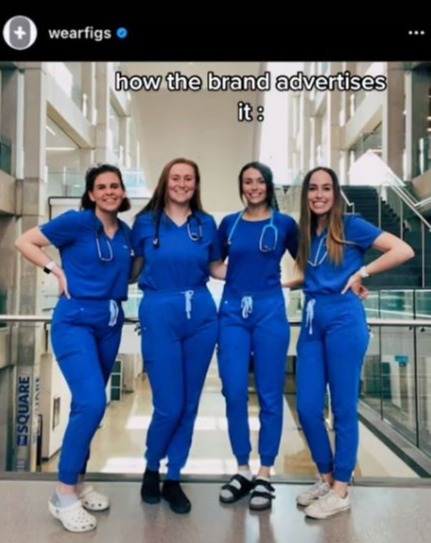 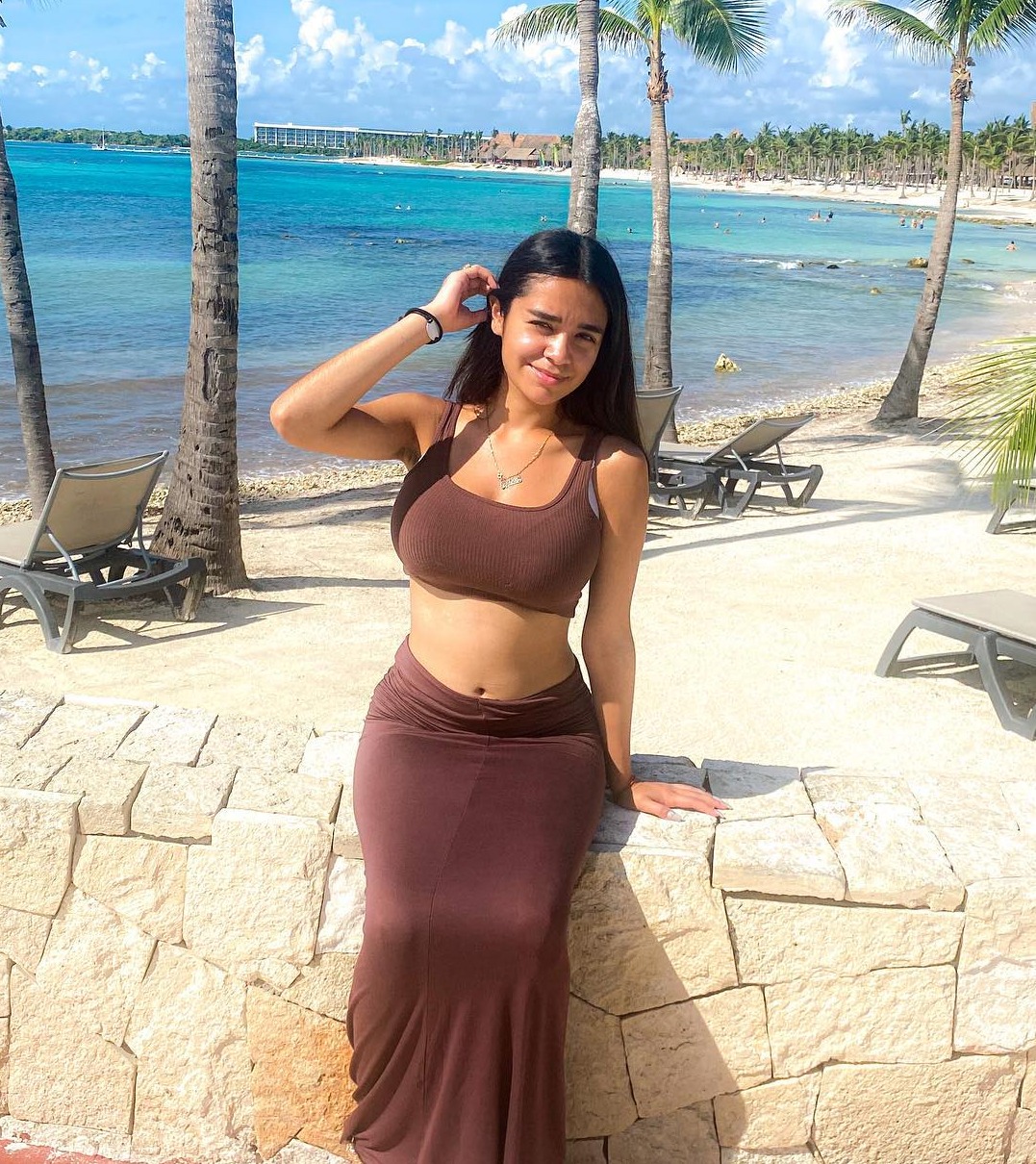