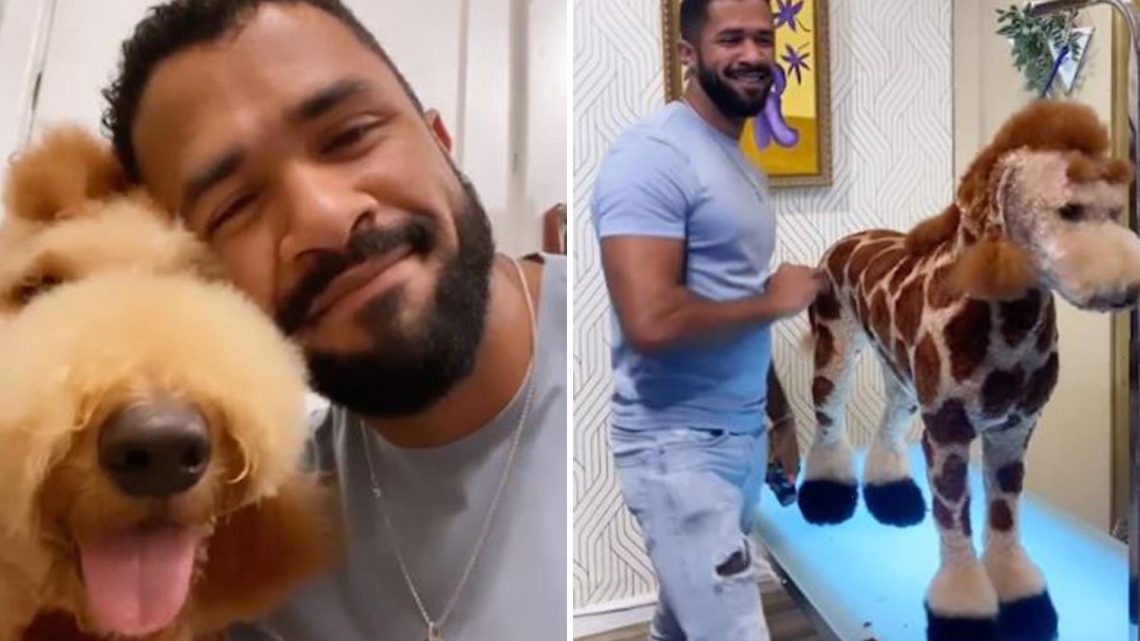 GETTING your dog groomed can be a nerve-racking experience.

For the dog AND the owner, as razors, scissors and even dye can go wrong. 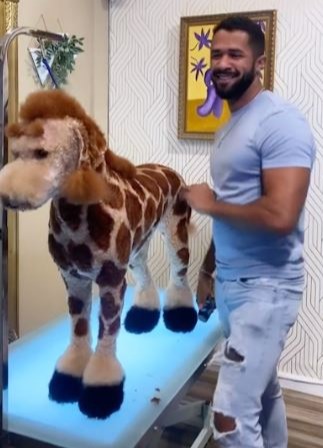 So, how would you respond if you got your dog back to find they had been transformed into a completely different animal?

His owner asked San Diego-based groomer Gabriel Feitosa, 29, to: “Make him a giraffe”.

The creative groomer Gabriel joked that he: “Didn’t need asking twice,” and got to work on the transformation.

One-year-old Cooper was given yellow giraffe spots, bigger, tufted ears and even fake black hooves to complete the makeover.

Luckily his owner loved the final look and agreed it fit his brief.

Gabriel the groomer who grew up in Brazil also featured on ABC’s ‘Pooch Perfect’ and his creations have even gone viral.

Cooper the dog's transformation into a giraffe has been the groomers most popular so far as it has racked up 39.6million views online already.

On Gabriel’s video, Cooper's owner commented: “That’s my dog and I love him. He’s my best friend and I thought it would be fun and was honoured to be groomed by Gabriel.”

The American groomer creates looks for his own dogs too and his idea to turn his dog into The Grinch for Christmas, went viral too.

Which is hilarious as the Grinch owns a real dog in the film, called Max.

All you need to know as a dog owner

Gabriel appeared on ITV’s This Morning and explained his work to presenters Holly Willoughby and Phillip Schofield.

The groomer said on the breakfast show: "Actually I was surprised with the reaction that happened on the internet.

"The Grinch look, a lot of people were very happy. I got a lot of calls of people wanting to bring their dog, flying from New York, everywhere, to make their dog a Grinch.”

Dog fans loved the look as they said: "You sir are a genius and your dog is now the most adorable thing I’ve seen all month. You should do a different animal each time!"

Many called Gabriel talented and the look: "Fabulous"

While the dramatic look would scare some people away as one wrote: "I would lose my mind if I saw that dog walking down the street. I love dogs and giraffes."

An outnumbered dog owner had a wild idea, asking: "Okay i have 6 dogs so what youre saying is we can have a zoo??"

Famous Youtuber Trisha Paytas even asked Gabriel: "Omg can u please do our doggos next?"

To which the groomer replied: "I sure can!"

Another had to reassure fans that the dog was fine as they explained: "Poodles love attention. As long as the dye is harmless, it’s all good. Does the dog look traumatised? No."

As for what to call his creation, one suggested: "My man just created a DORAFFE." 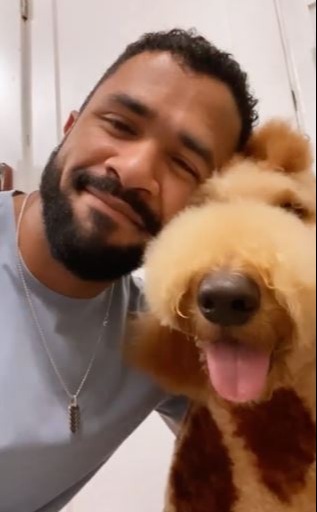 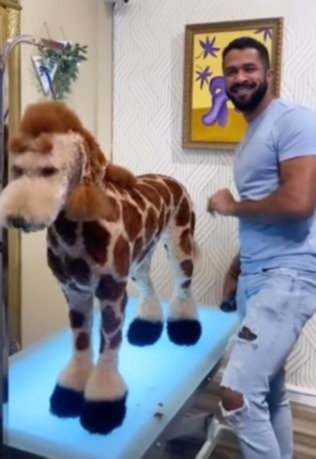 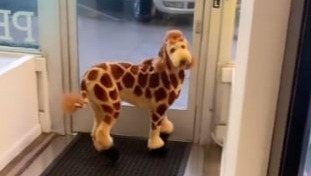 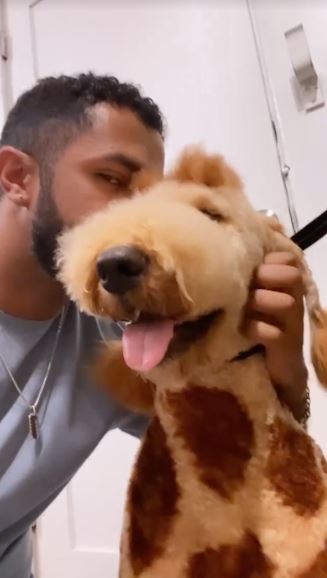 One commenter found another use for Cooper saying: "This would be great for a kids hospital…some use animals for their mental well being!!" As dogs are known to release stress.

For more pet stories, check out I have a ‘very spoiled’ dog that I prioritize over my boyfriend – am I wrong?

Plus, pet owners reveal dogs cause over £400 worth of damage to their home, new survey reveals