Home » Fashion » I’m 34 and I’ve adopted 11 kids, I sold my car and all my possessions so I could care for them 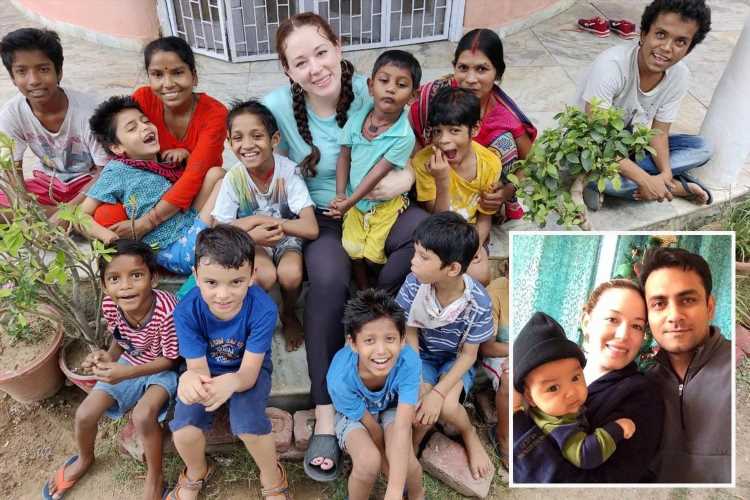 I’m 34 and I’ve adopted 11 kids, I sold my car and all my possessions so I could care for them

MUM Courtney Lalotra has revealed how she sold all of her possessions. including her car, in order to fund her plans to move to India and adopt.

The fashion graduate, 34, from New Jersey, first travelled to India in 2010 where she worked in a slum as a volunteer in a children's orphanage and was so moved by the kids she met, she was determined to return. 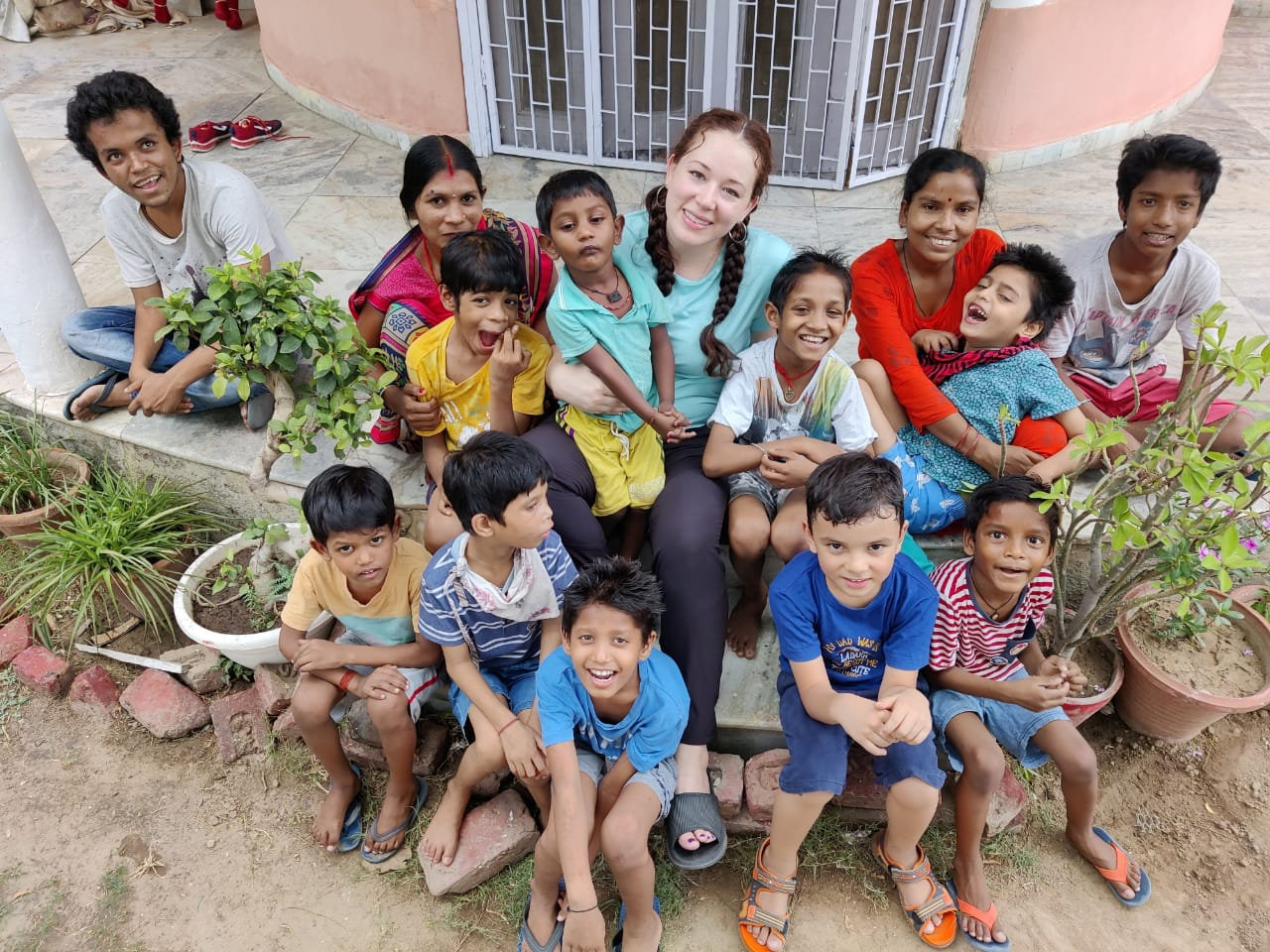 As her visa was expiring, a woman Courtney worked with told her none of the volunteers ever come back, so she made it her mission to return to India.

Selling everything she owned, Courtney raised $15,000 (£10.5k), which was enough money to rent a place to live for six months and fund essentials she needed to look after the children she intended to help.

Since then, she has adopted 11 children and is mum to her biological son Adi, five, who she shares with her husband Yogesh, 37.

The huge family live together in the National Capital Territory of Delhi, with Courtney welcoming four of her adopted children into her home during the coronavirus pandemic. 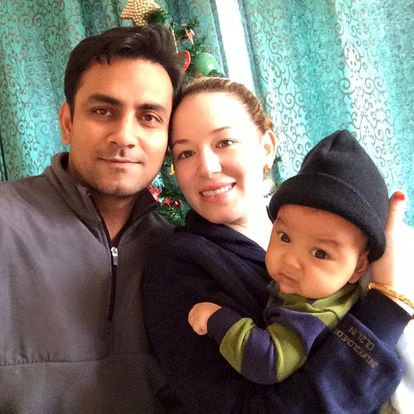 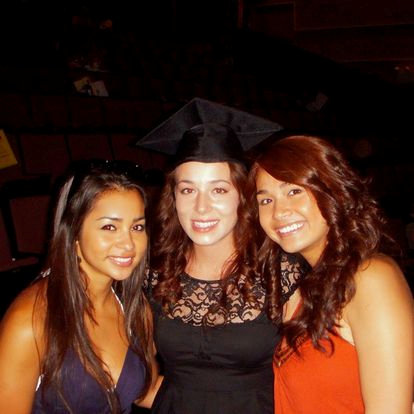 "What stuck with me was the first moments of stepping off the plane and being faced with poverty like that – children begging on the streets, women holding crying babies in their arm," she said of her first time in India, reports Femail.

'I was volunteering at an orphanage for boys and girls in the middle of the slum. The despair and hopelessness was so thick and you could feel it."

In March 2011, Courtney left the US to return to India and went on to set up her own home for children with special needs the following year.

Her parents, who initially had reservations about her move, threw their support behind Courtney, with her dad donating money in the form of three pay checks so she could set up her home. 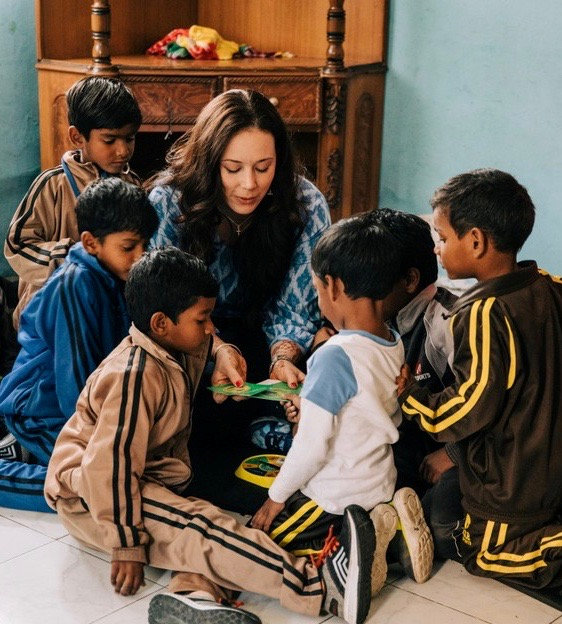 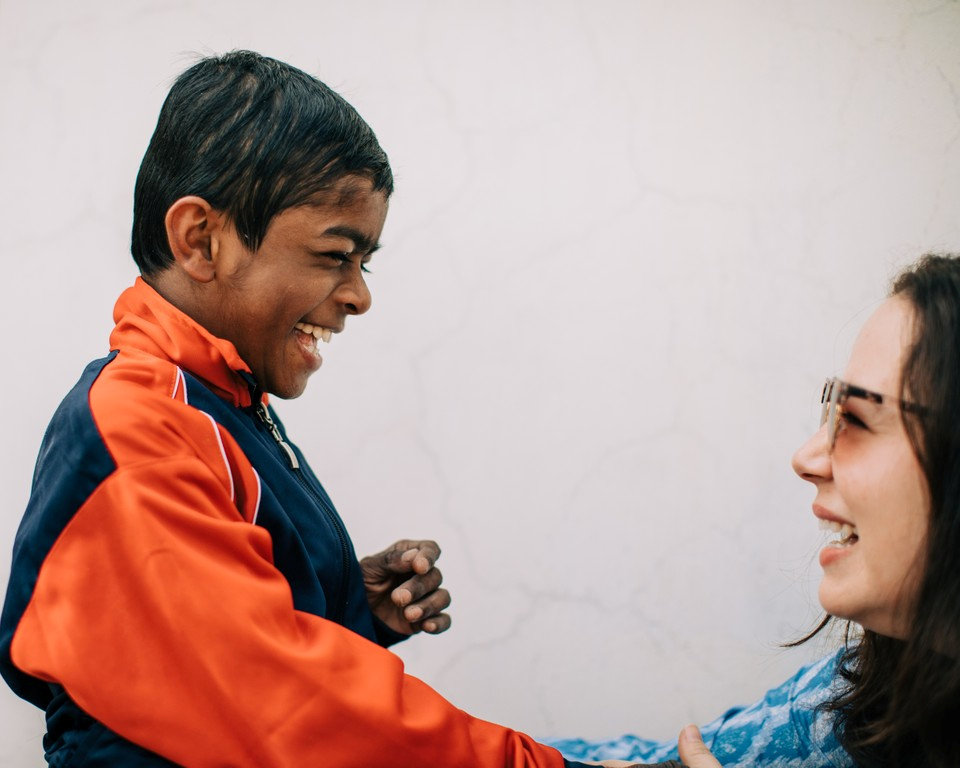 While living in India, she met her husband Yogesh and they tied the knot in 2014, before welcoming their son Adi a year later in 2015.

Courtney explained that the Covid pandemic has been very different in India than at home in the US, and at times she found herself jealous of those back home.

The mum-of-12 explained thatIndia was "very disciplined" when it came to lockdown rules and there were many times she was "stuck in the house" – unable to leave to go for a walk.

Courtney recalled families being stranded and unable to make money, with many people losing their jobs and unable to financially support their families. 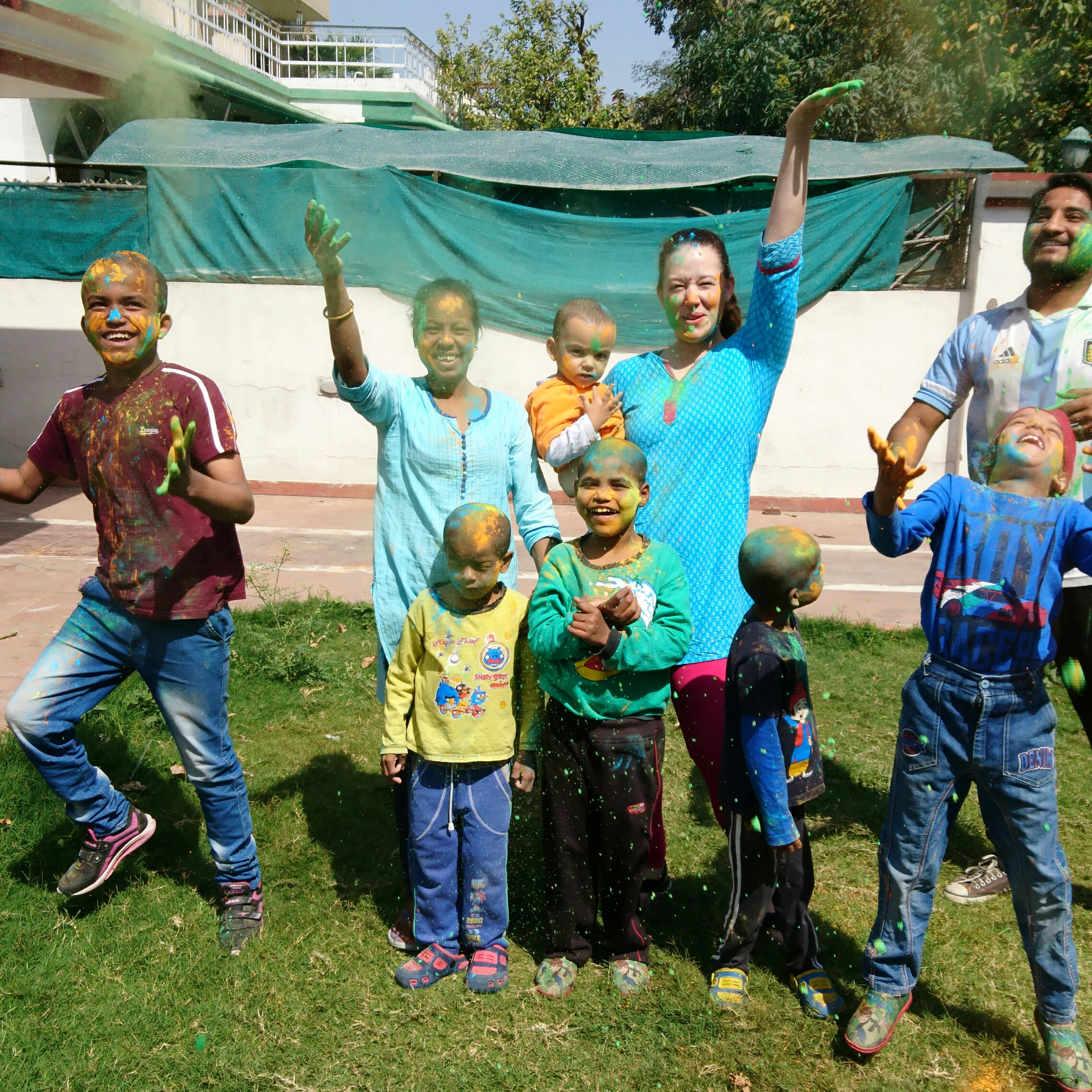 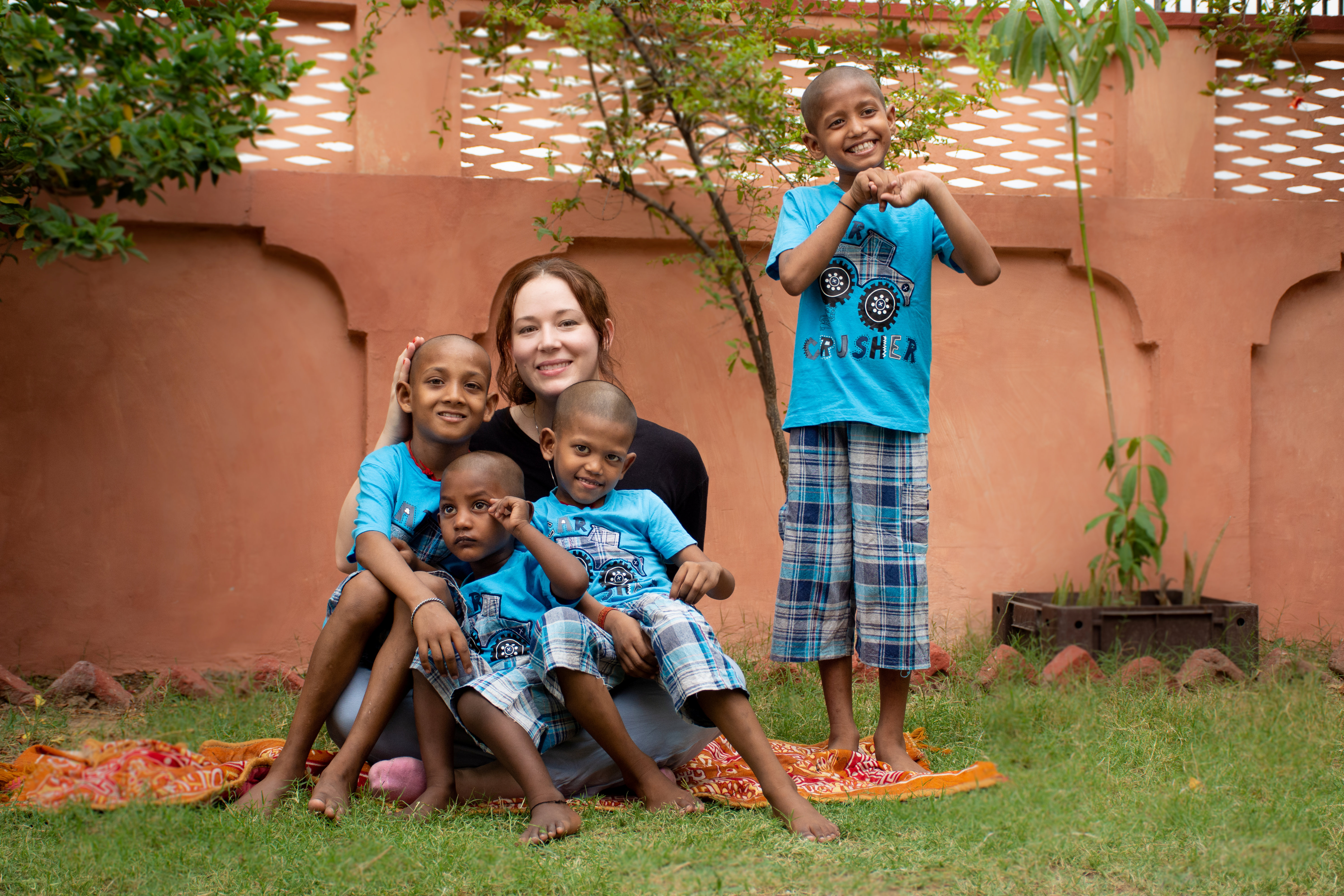 "There are hundreds, if not thousands, of children being orphaned every day in India, especially now during the pandemic," she explained.

"A lot of the children in our home are either completely orphaned or have lost one parent and their next of kin is not able to care for them."

Courtney – who says she has helped more than 2000 families during the coronavirus crisis by delivering "truckloads" of food rations to those in need – took in two children Satya and Shivam during the pandemic, after their mother was killed by their father. 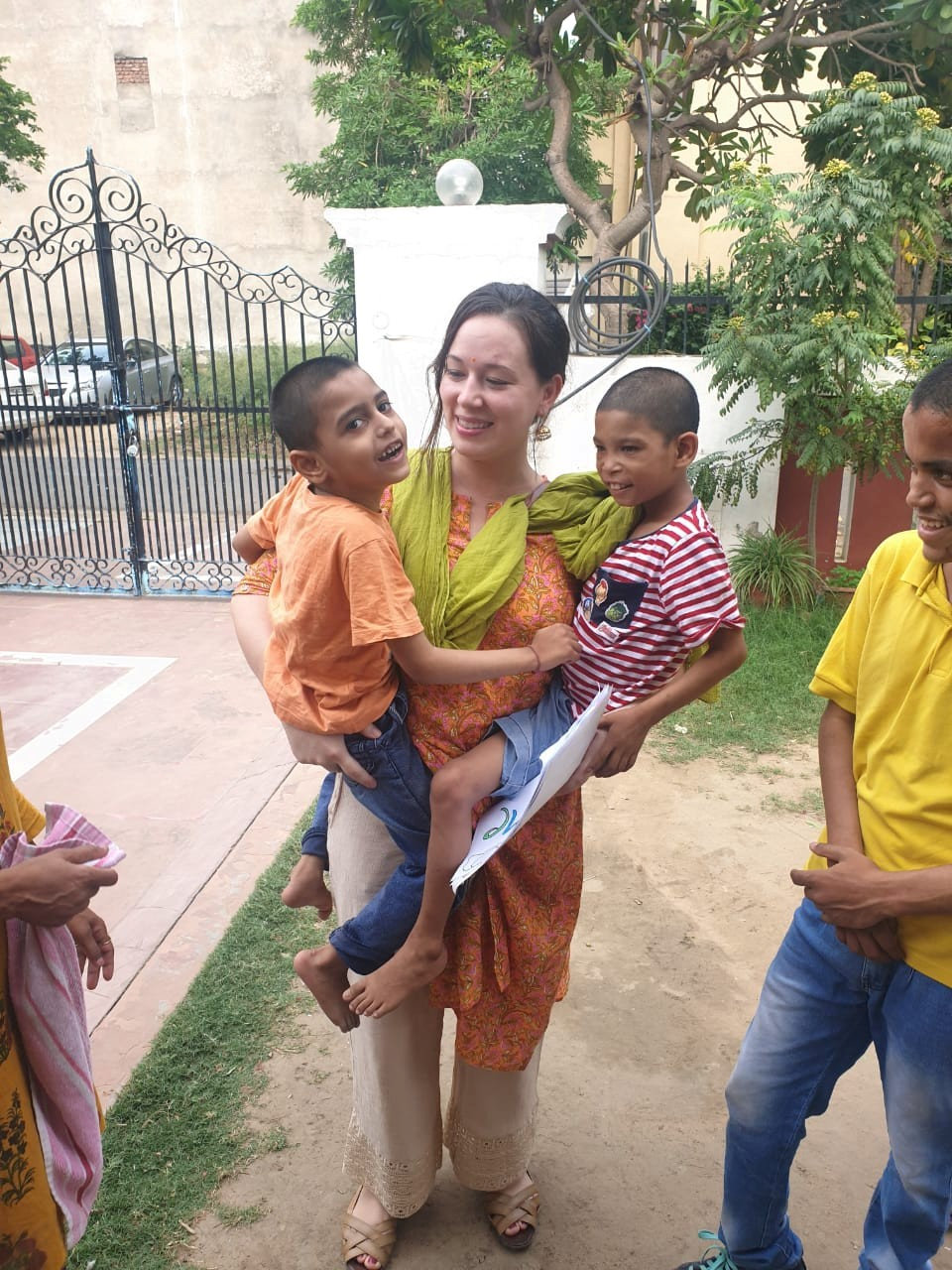 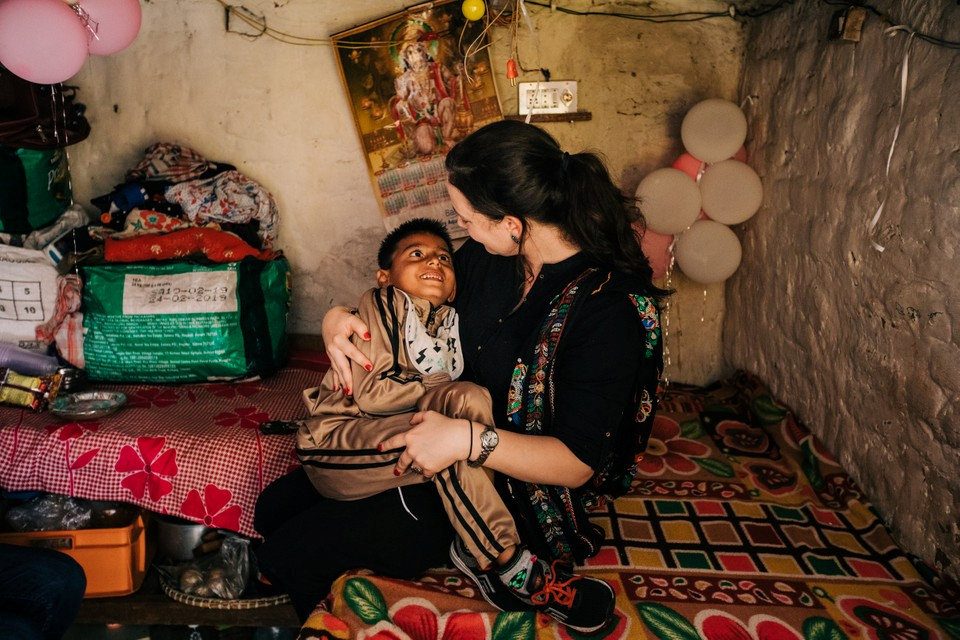 Their next of kin was their 17-year-old uncle who wasn't fit to look after the pair.

She also adopted nine-year-old Piyush, after his father lost his job as a rickshaw driver, and four-year-old Krishna, whose single mother was also forced out of work.

Committed to helping the children in need, Courtney decided to cancel a trip she had planned back to the US, earlier this year, to see her family, so that she could stay and help.

Despite getting a seat on the last flight out of the country, Courtney had a change of heart, insisting she "wouldn't have had any peace of mind" if she had left.

For more real life stories, one woman reveals she was left with second degree burns after undergoing jaw-sculpting surgery that left her unable to talk.

Plus, one teen says she sees no point in education as she now earns more than her parents by making £10k a day lip-syncing on TikTok.

And one mum was left horrified to find she had a gaping hole in her stomach after paying out for a cut-price tummy tuck following giving birth.

Glorious country walks to take in London this summer