Home » Fashion » I write down what I want in life and it comes true, says Cherry Healey 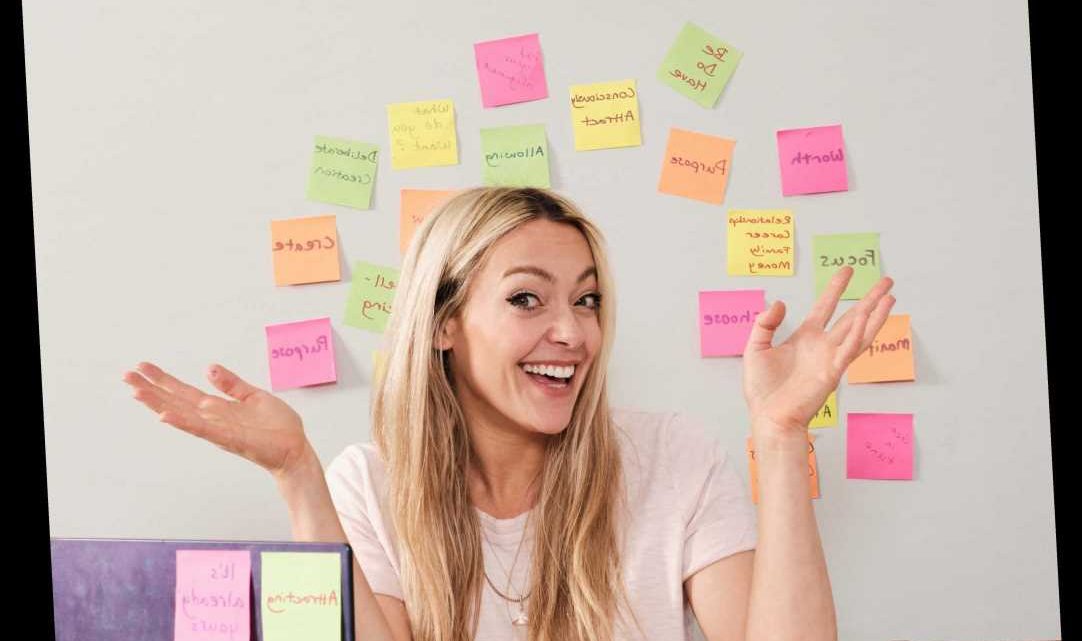 I write down what I want in life and it comes true, says Cherry Healey

CHERRY Healey does not thank her lucky stars for landing her a dream job and the perfect man. Instead she thanks her special to-do lists.

Cherry, presenter of 10 Years Younger In 10 Days on Channel 5, believes your aspirations can become actuality if you put pen to paper and “manifest” them. 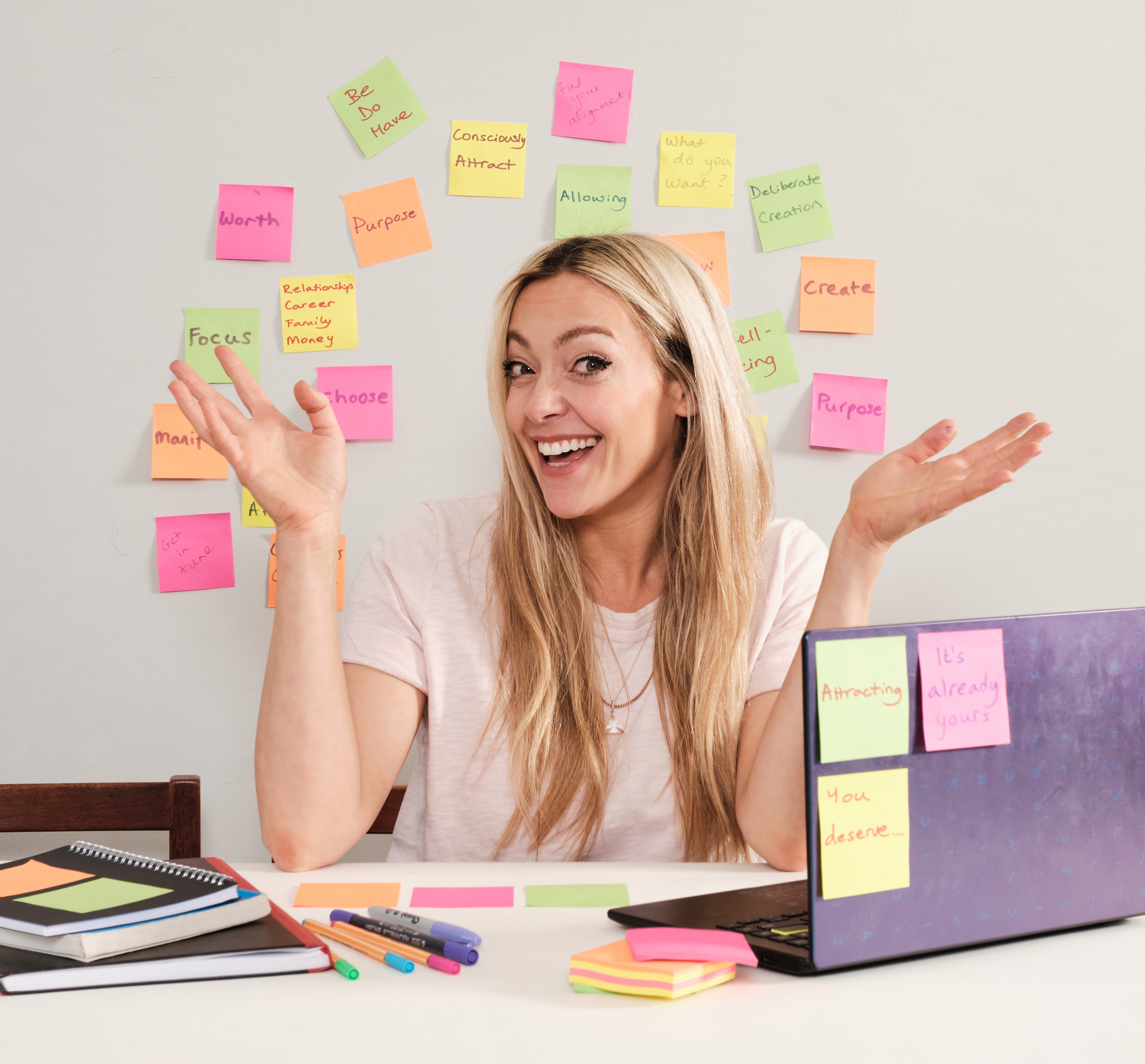 Manifesting, turning thoughts into their physical form, was popularised by self-help book The Secret in 2006 but has recently gained huge traction on social media.

Cherry, 40, who is mum to Coco, 11, and Edward, eight, says: “I’m no guru but I’ve managed to manifest some bonkers stuff, including my job and the specific man I wanted.

“It started when I was 23 and I got a job organising events for this business company — I hated it, it was not for me at all, I love to be surrounded by people.

“During an appraisal with my boss, he noticed my notepad full of lists and told me I was doing it wrong. 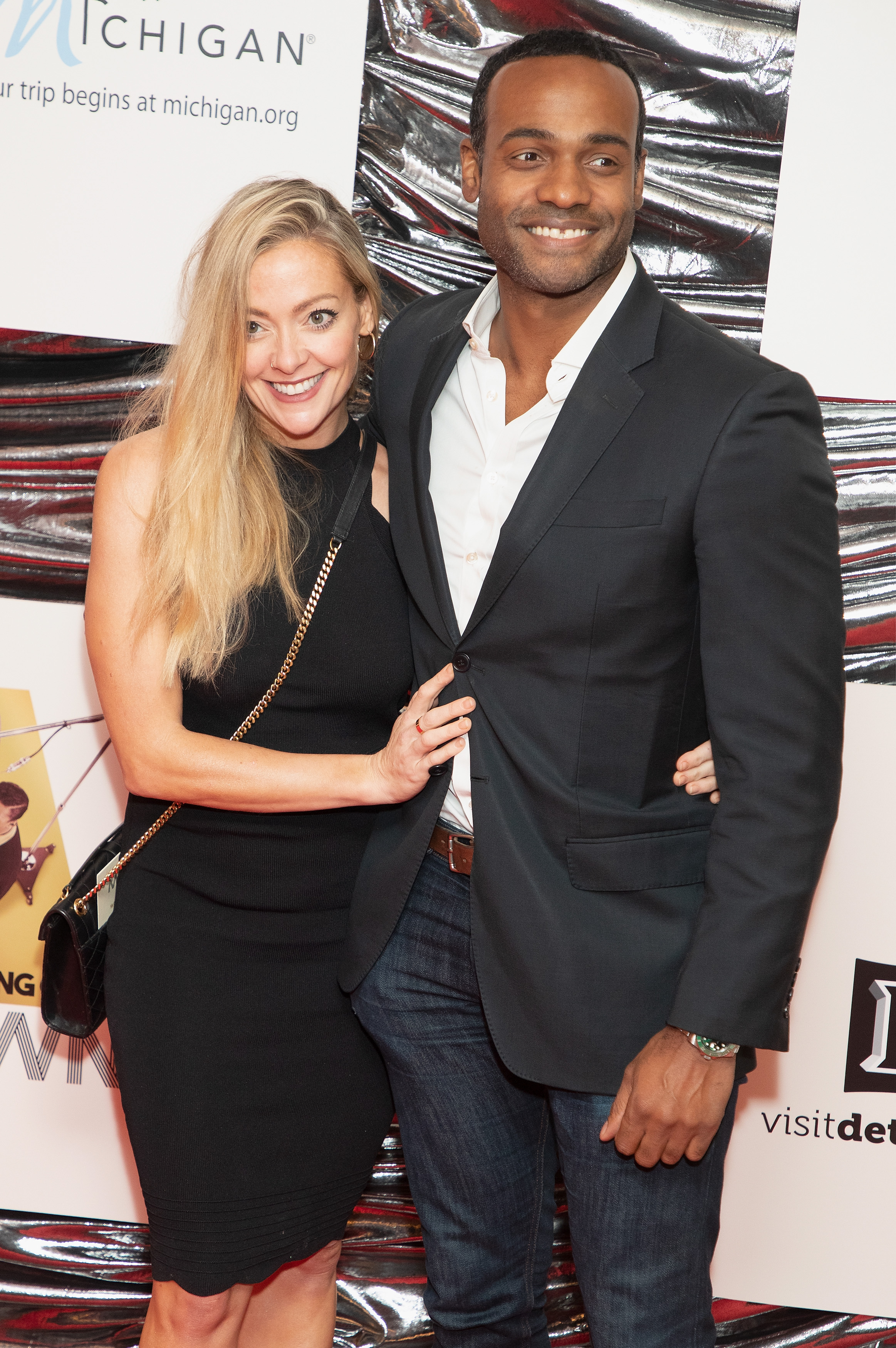 “If I wanted these goals to happen, I needed to phrase them in a certain way and categorise them under money, relationships, physical health, he said.

“I thought he was mad. But that night, I wrote down that I was grateful I had discovered a job that brings me real joy, and allows me to be outside with people.

“I had no idea what job this could be, but I just knew I did not want to be at a desk all day. Two months later, I got invited to a house party — my other plan was cancelled so I decided to go.

“I got chatting to this guy and found out he was a TV director. 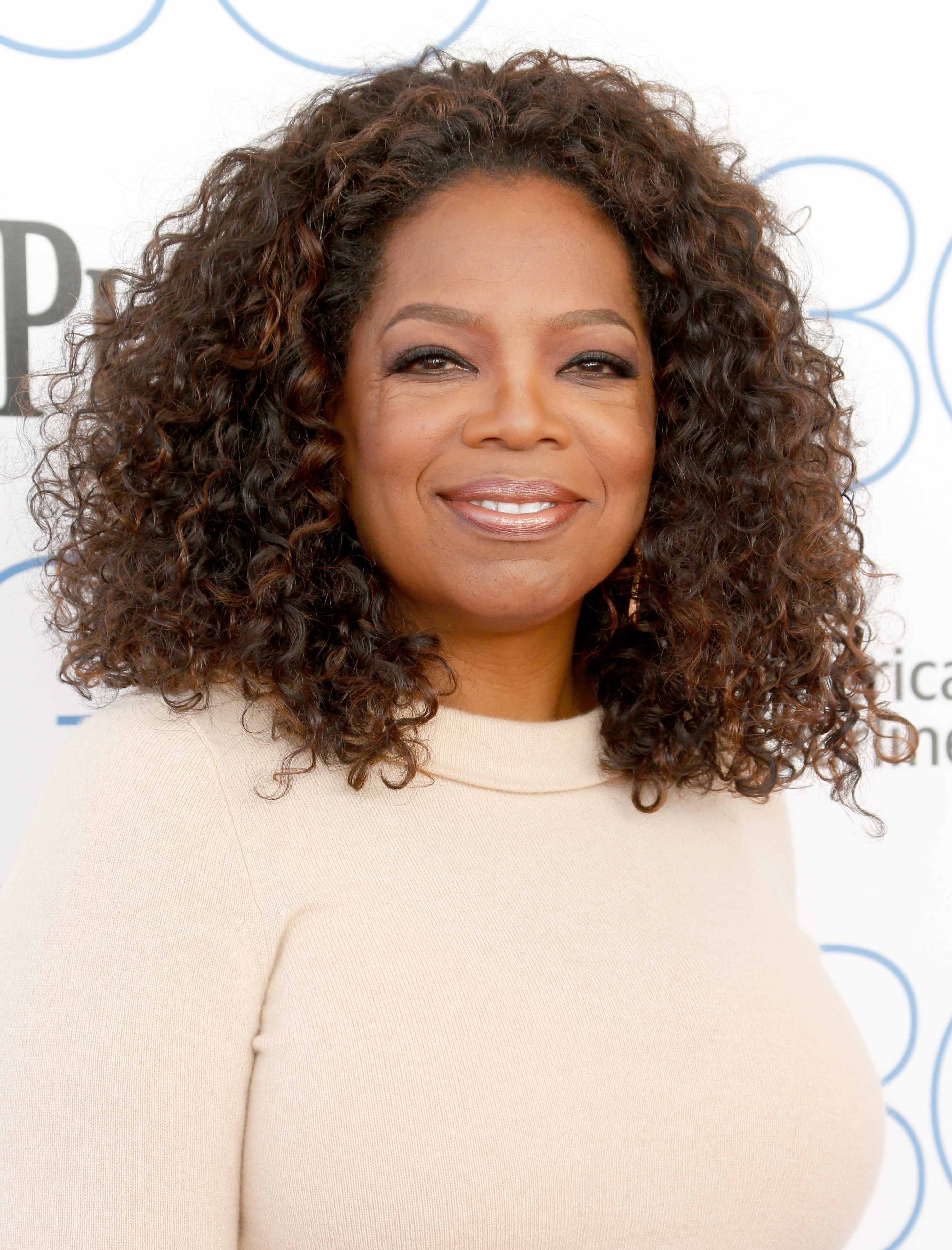 “I was in awe, it was a real lightbulb moment. I knew that’s what I wanted to do, so I quit my job, started stacking shelves in Sainsbury’s, got an internship at the BBC and that’s how my career began.”

Since then Cherry, who attended Cheltenham Ladies’ College before completing a drama degree at the Central School of Speech and Drama, has become a household name.

She worked on documentaries for the BBC and, in 2010, made a trio of films following her experiences with marriage, money and having a baby — even filming the birth of Coco.

She has gone on to present shows like Inside The Factory and The Jump’s spin-off show On The Piste, has appeared on Celebrity MasterChef and co-hosts podcast The Hotbed. 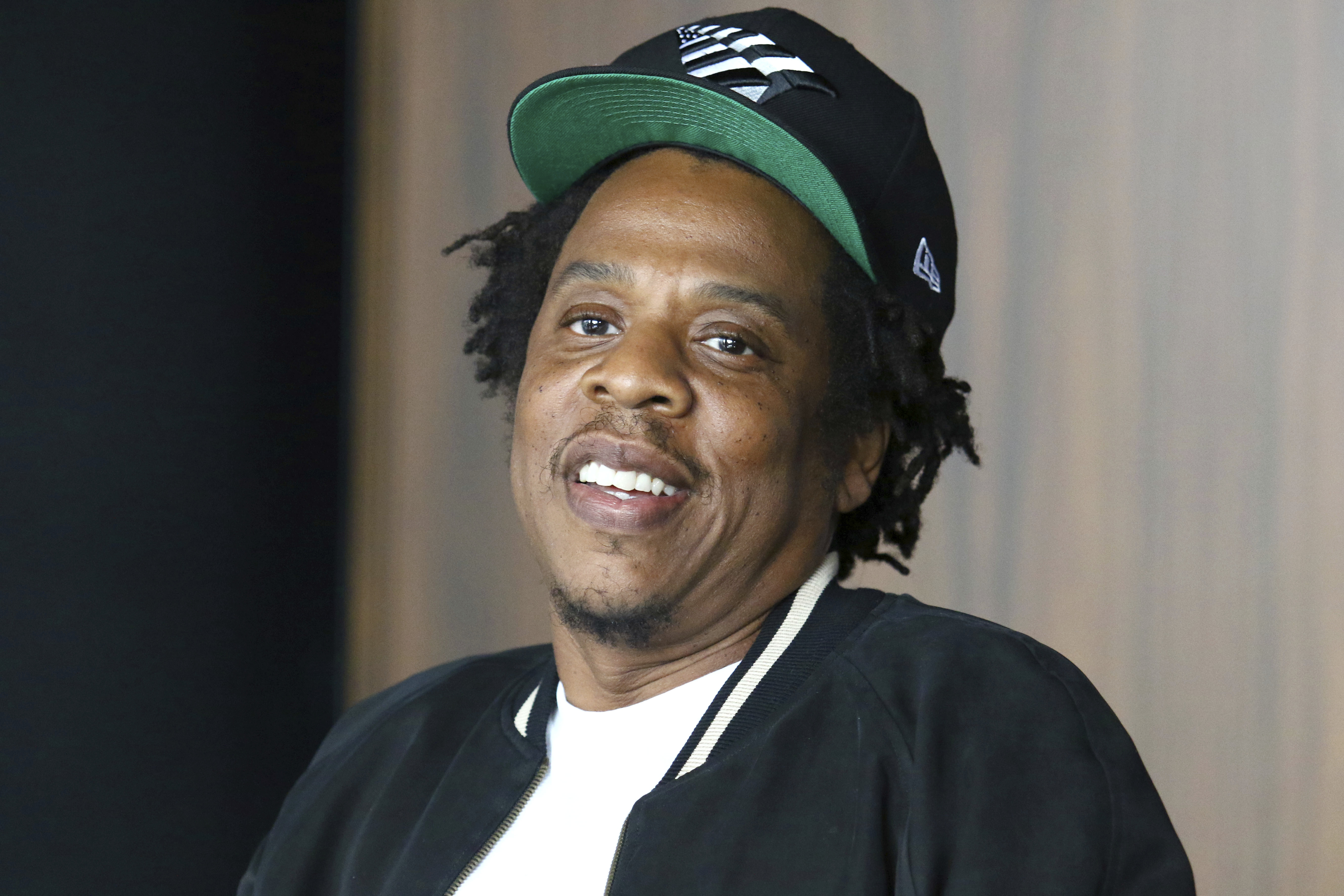 If you believe in manifesting, you could certainly say that Cherry’s career — along with the likes of music’s Jay Z and Lizzo and chat show queen Oprah Winfrey, who all attribute their success to manifesting — is evidence that it works.

But you cannot manifest everything all at once.

So after splitting from the father of her children in 2015 Cherry focused on being a single, working mum before feeling ready to manifest a new man.

She says: “I knew exactly the type of guy I wanted. 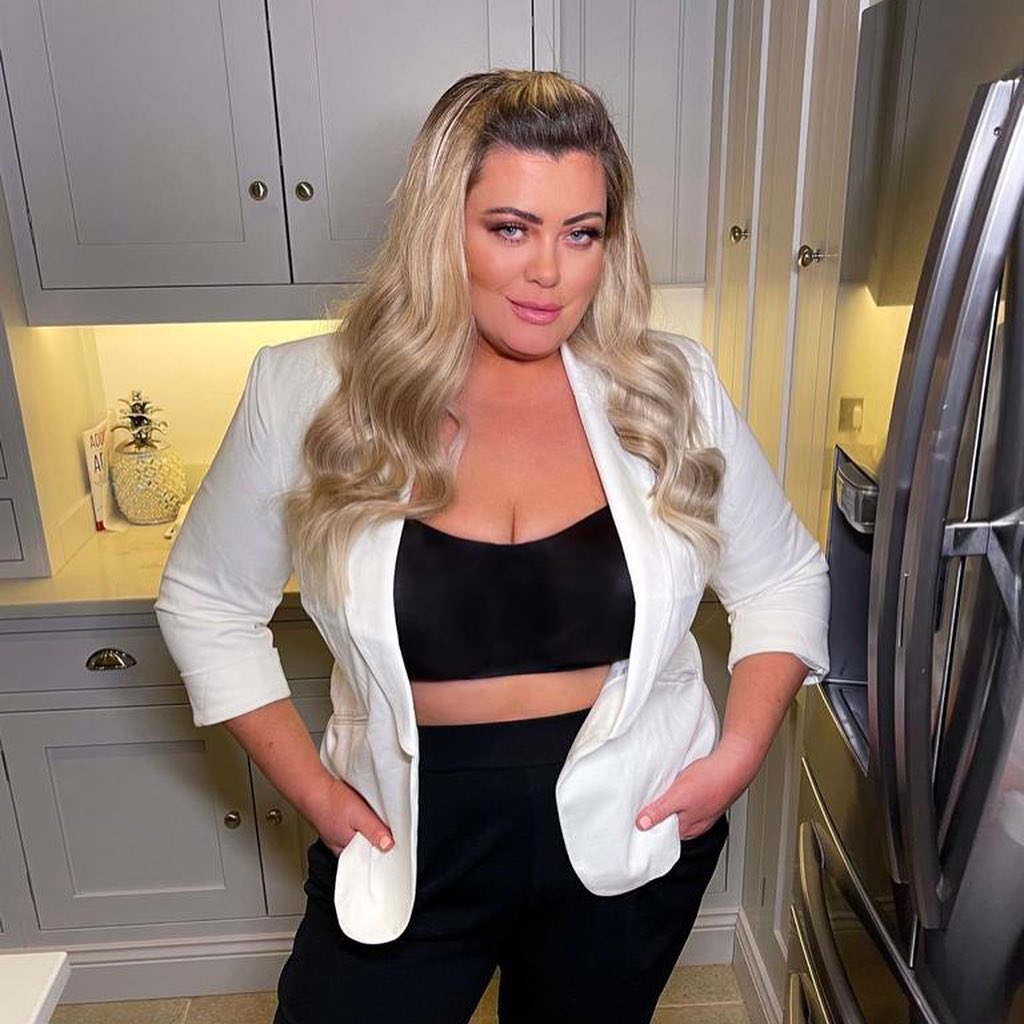 “If you don’t know your value as a person and you don’t write down what you want, when someone floats into your life, you are more likely to just go with it.

“It’s rare that you sit down and write down the qualities you want in someone but it gives you clarity.

“I wrote this down as if it had happened: ‘My boyfriend is capable and fun’. I also noted down, ‘good at dancing and love to travel’, because it’s what I enjoy doing.

“And my boyfriend Carl, who’s 40, absolutely loves to dance — which I didn’t find out until three months into our relationship.

SET THE ATMOSPHERE: Try getting up before you need to and find a quiet environment with no distractions around you.

Put on relaxing music, make a cuppa then start by writing down how you feel and what you would like to achieve that day.

I divide a piece of paper into six boxes and give each box a heading – money, relationships (family and friends), relationship (romantic), career, health, spiritual.

You can choose any area to focus on. Customise the list to fit what makes you happy.

DON’T WANT, THANK: Avoid the word “want”. Rather, write as though it has already happened.

This might feel ridiculous but it is one of the differences between a regular “to do” list and a kickstart to creating the life you want.

Imagine the universe is a huge mirror that reflects back how we think and behave.

For example, if you go outside and smile at the people you see around you, it is likely they will smile back.

MAKE IT MEANINGFUL: Your goals should give you a pang of excitement. Yes, you could ask for a huge yacht full of money. But if it is completely unrealistic, or is not something you feel will bring you a new experience you truly want, it is unlikely to be a powerful manifestation. It needs to have DRIVE.

If you enjoy speaking in public, say, you could be quite specific and write: “Within six months I earn £3,000 for helping others to speak in public.”

GO WILD: I firmly believe you should dream big, aim high and set yourself huge goals

Write them down and stick them all over the house. Say them out loud and often. This is a simple way to begin making change.

It is no different with manifesting. Make them wild. Set yourself targets . . . then go back and up the ante. The bigger the better!

TRY AFFIRMATIONS: If you are struggling to start manifesting, try affirmations to break that block.

Tell yourself on a daily basis: “I am creating my dream life.”

“We met on a dating app four years ago and spent the first few months getting to know each other by chatting over dinner.

“Then a few months in at a party, he was the first to get the moves going and the last to finish.

“I fell in love and knew he was ‘The One’. I looked back at my list and thought, ‘Wow, that actually came true.’

“I actually really enjoy referring back and reading my manifestation lists weeks, months and even years after they are written.

So can you ask for anything at all?

Recently, reality TV regular Gemma Collins revealed that she was going to get married and have a baby in 2021 because she believes she can manifest this to happen.

Cherry says: “Manifesting effectively is a careful balance between being grateful for everything good you have in your life and setting a vision for what you want to create.

“And as long as it excites you, you can ask for ANYTHING — dream job, promotion, marriage or a baby.”

Eric Church Says He Was 'Heartbroken' When Morgan Wallen Said the N-Word: It's 'Indefensible'