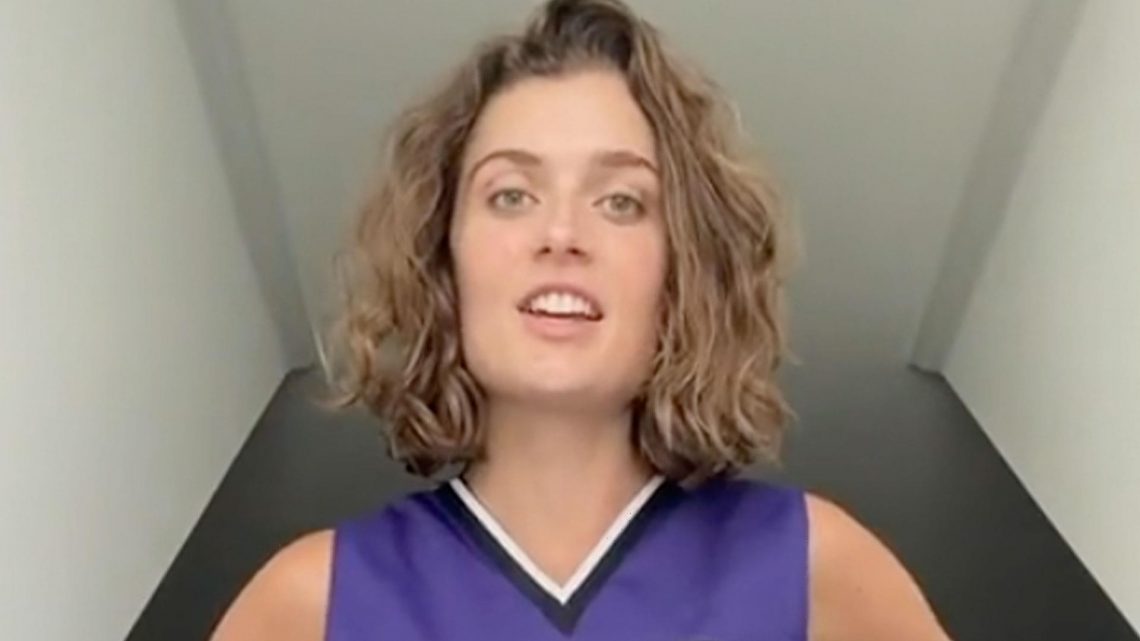 A FORMER cheerleader has revealed her thoughts on her old uniform after trying it on a decade out from her time on the squad.

TikToker Lacey, who goes by @thelaceyclaire5 on the app, took a walk down memory lane trying on her old uniforms but she said one was not flattering at all. 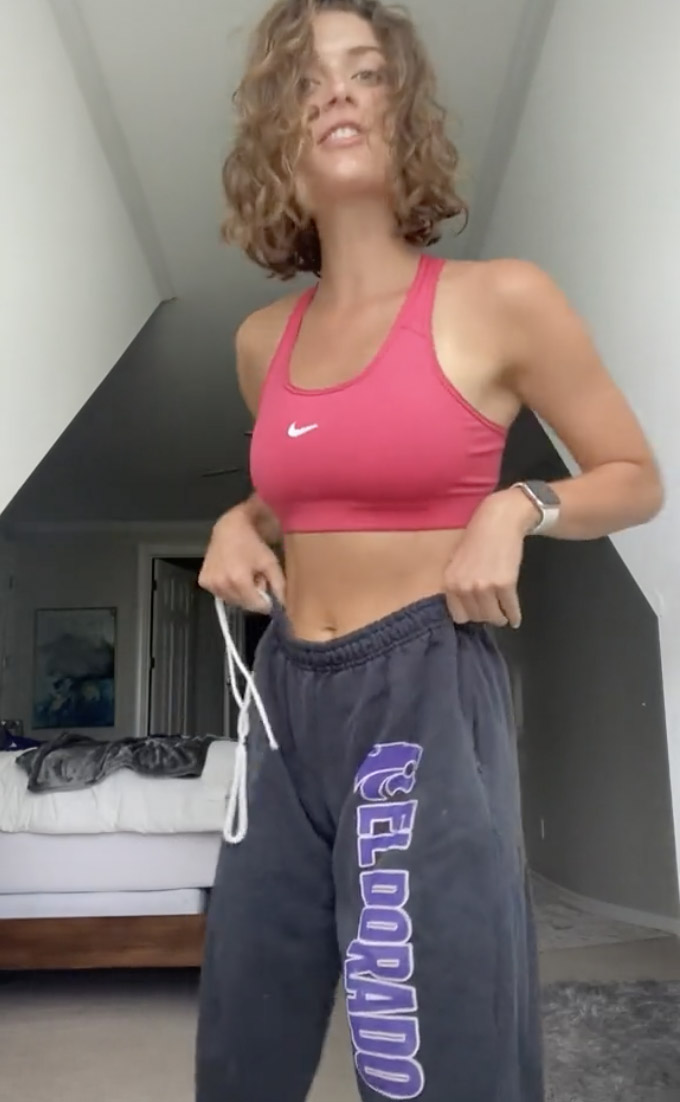 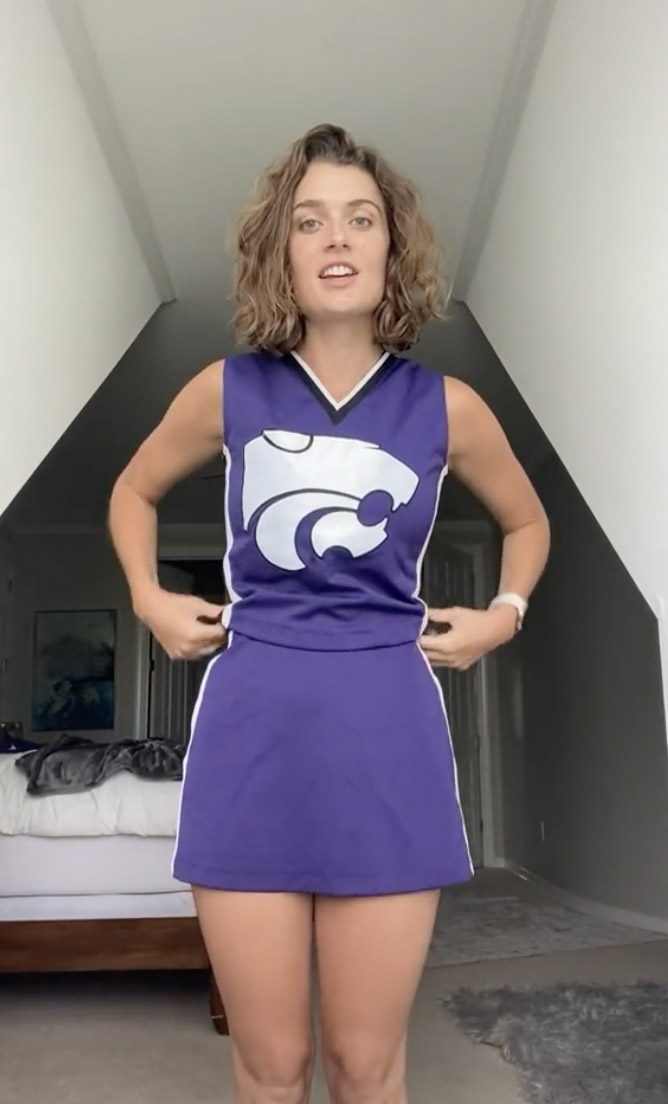 Lacey kicked off her recent video by trying on her old cheer sweatpants.

They were gray with "El Dorado," presumably her school or mascot name, written down the side.

Sadly for Lacey, the drawstring on the sweatpants immediately came off.

She said she "really wanted the sweatpants, and hoped she could fix them.

Then, it was time for her first cheer uniform, which had a purple and black skirt and a top which read: Wild Cats.

The outfit was filled with zebra print.

"I don't know. Maybe it wasn't. This outfit I literally wore 10 years ago.

Hero boy, 10, 'ran into icy lake to save pal' before dying alongside 2 friends

"You know, we thought we were really cool for having like zebra incorporated into this."

Then, she tried on another version of the cheer uniform – a purple skirt and a white top with a wildcat logo.

"Okay, everybody hated this one," she said.

"It's just not super flattering

"I feel like the little power cat is just too much. It's just a little too big."

She went on to say that she felt like a box.

Despite not loving the uniform, Lacey is a big fan of the color purple and the wildcat on it, reminding her of High School Musical.

"My freshman year, we had a brand new high school and honestly, this could have been rumored, but it was just beautiful and people said that it was inspired by the High School Musical school that they filmed at," she said.

Setting aside Lacey's misgivings about the uniform, fans had nothing but good things to say about it in the comments.

"I’m literally in love with that zebra one, it’s everything," one commenter said.

"omg you had the same power cat as my school!" said another.

A third asked to "borrow" the uniforms. 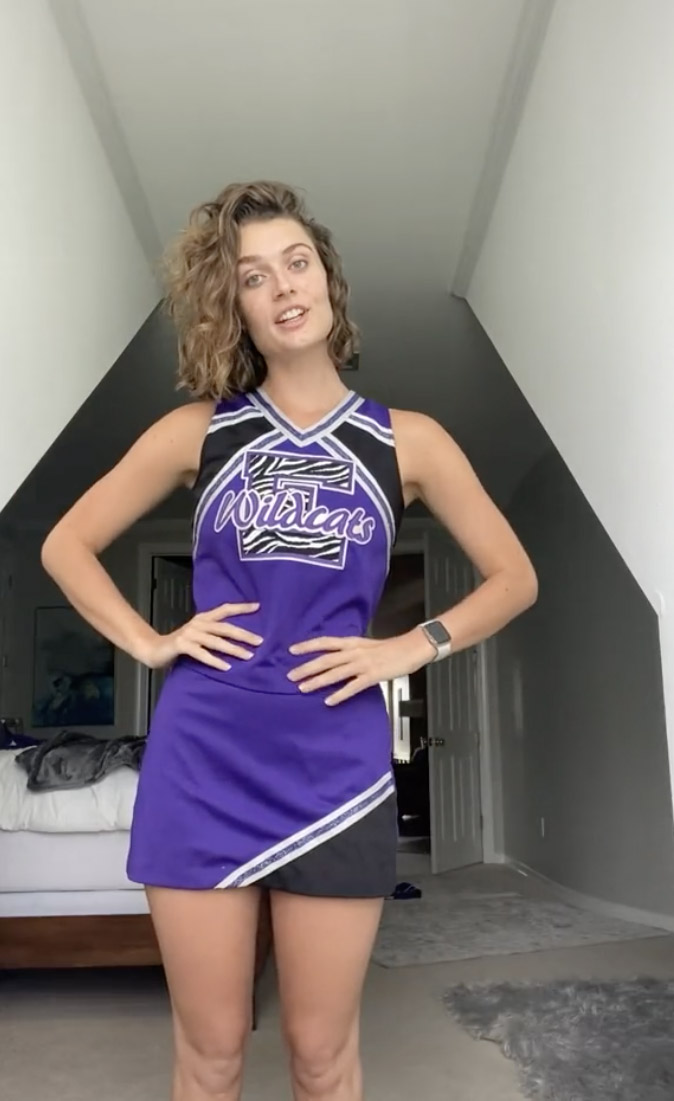