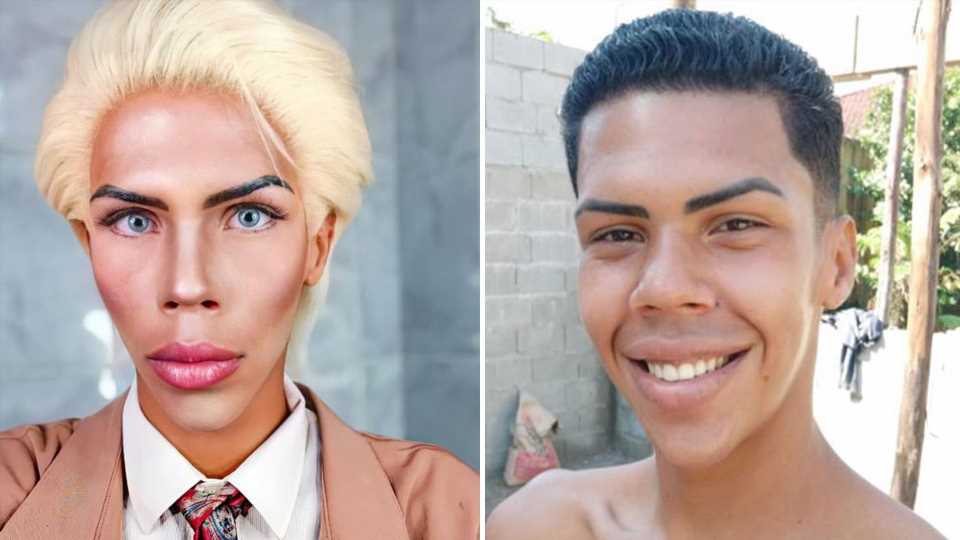 Suffering with bullies and body confidence issues, the young man became transfixed by the "cool" image of the doll's boyfriend, Ken, and was determined to transform himself into the hunky toy figure. 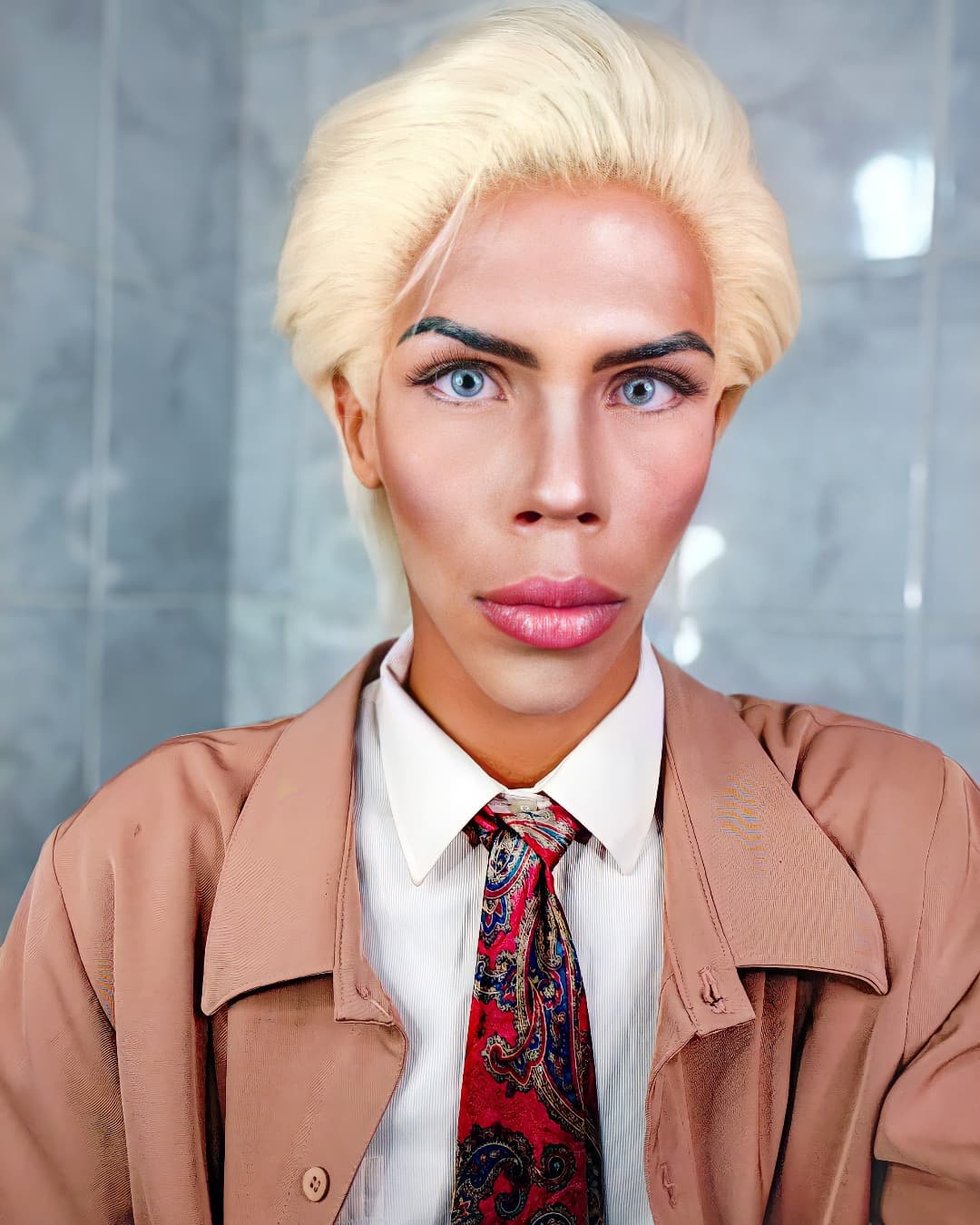 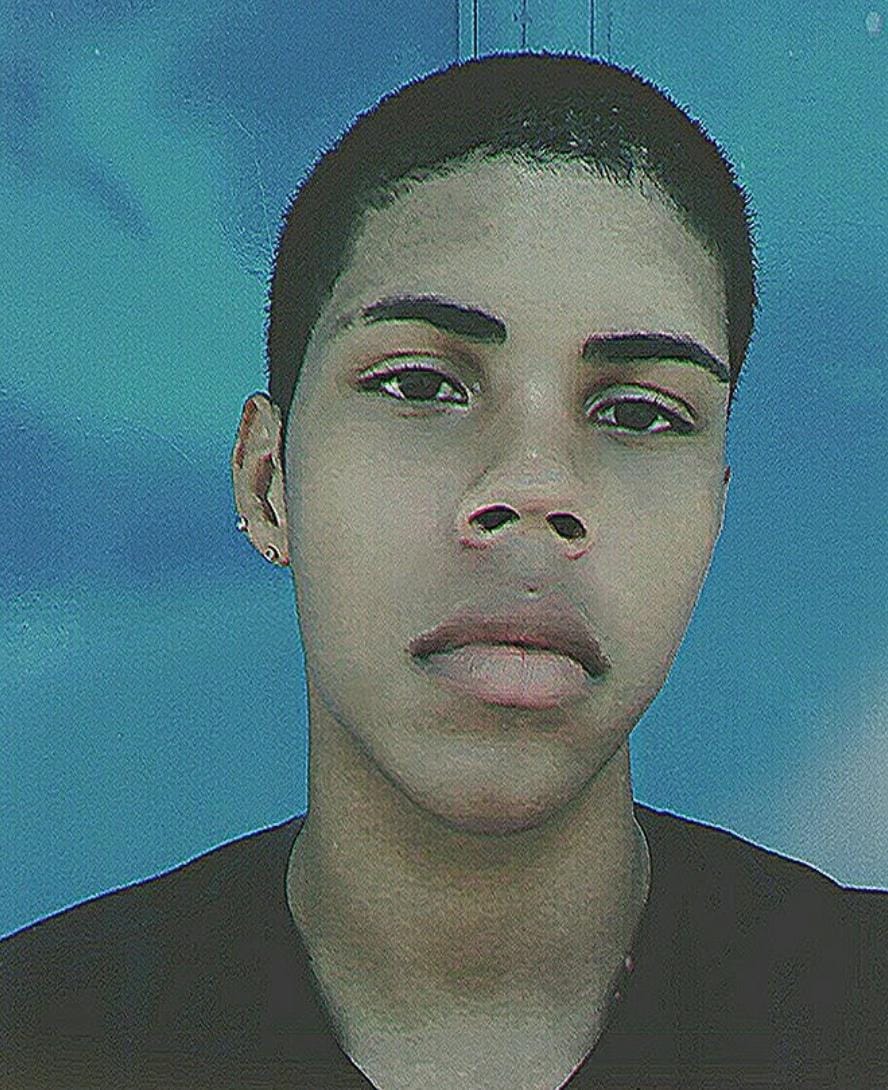 Over the next few years, the young Brazilian used make-up to imitate his idol in public and planned 42 plastic surgery ops, including removing ribs and silicone implants, to get the look permanently.

However, the 18-year-old has radically decided to ditch his whole image after "hearing a voice from God" and finding an unlikely new lease of life – as a builder.

Felipe, from São Paulo, tells The Sun: “When I watched the Ken doll on TV, everyone looked at him and thought he was cool, I wanted to feel that because I had no self-esteem due to bullying.

“I planned 42 surgeries to resemble the doll and become him for the rest of my life but it wasn’t healthy, I was hiding behind the character. 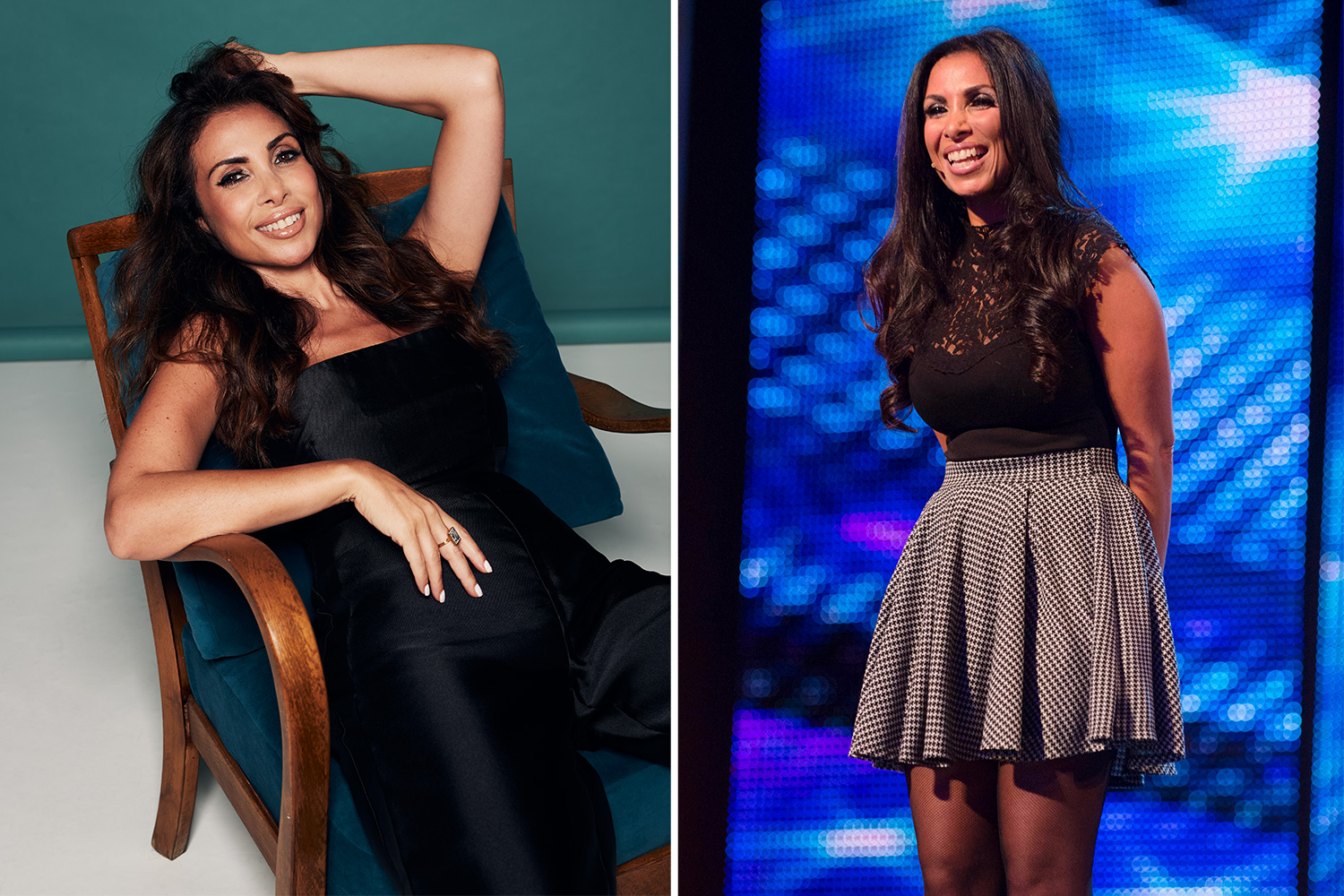 I called my husband a cheat on live tv, I’m only sorry it embarrassed the kids 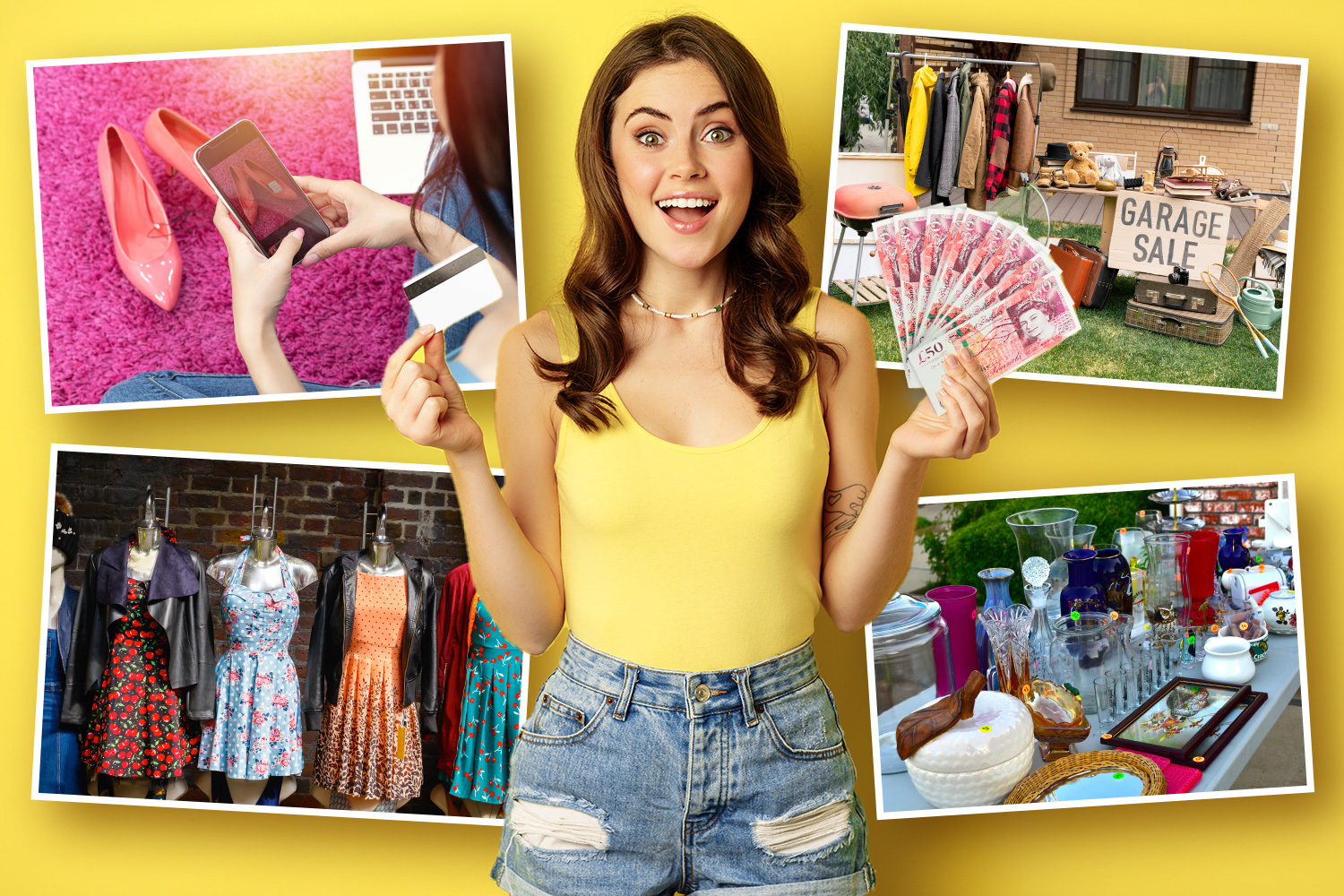 “After a very complicated phase of my life where I became suicidal, I realised that the operations wouldn’t make me happy and the only way to feel better was to love myself.

“I feel free and blessed for not getting plastic surgery, it feels like I’ve got a second chance at life and have woken up to what is really important.

“I can’t deny that dressing like a doll empowered me at that time and I have no regrets because it helped me to learn to love myself. 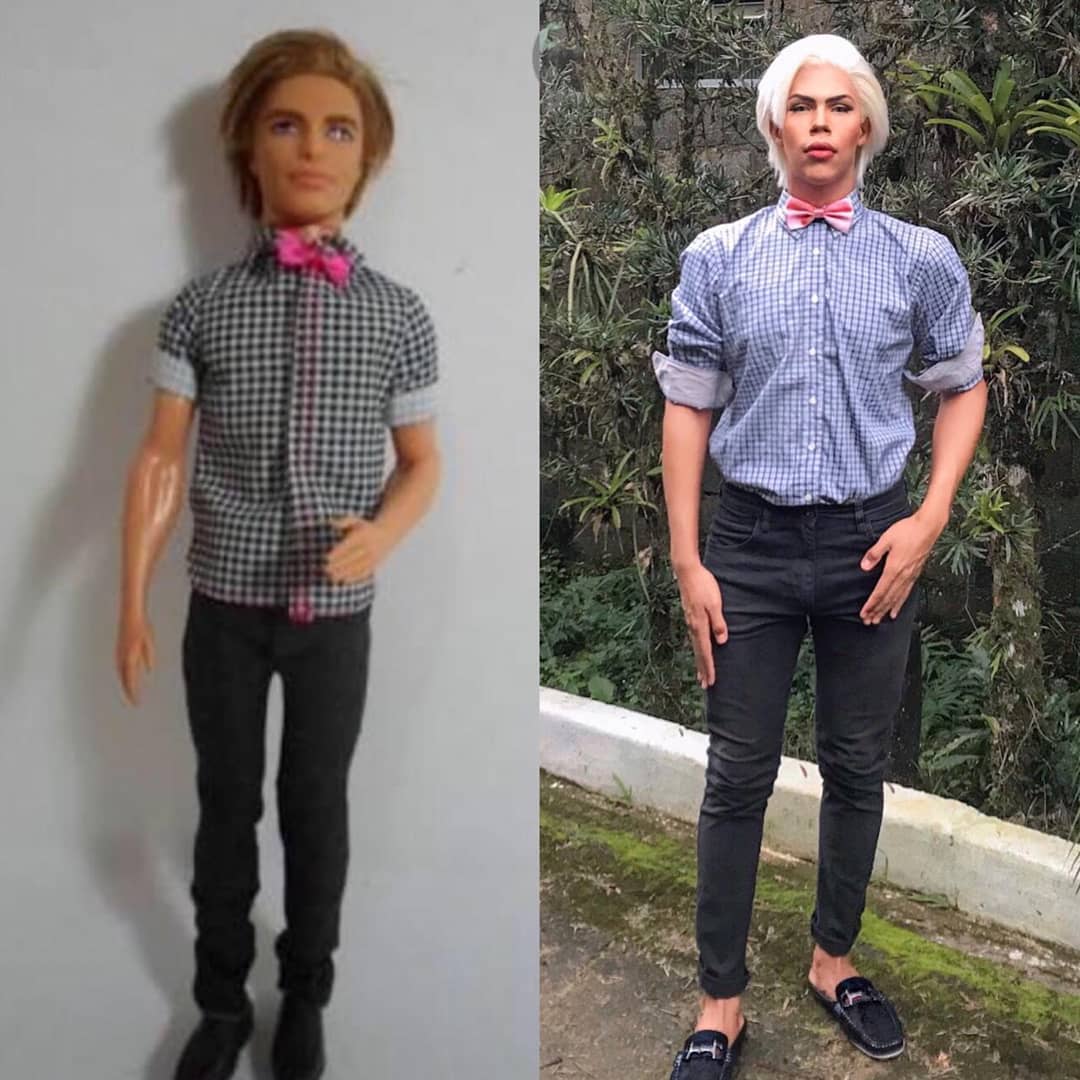 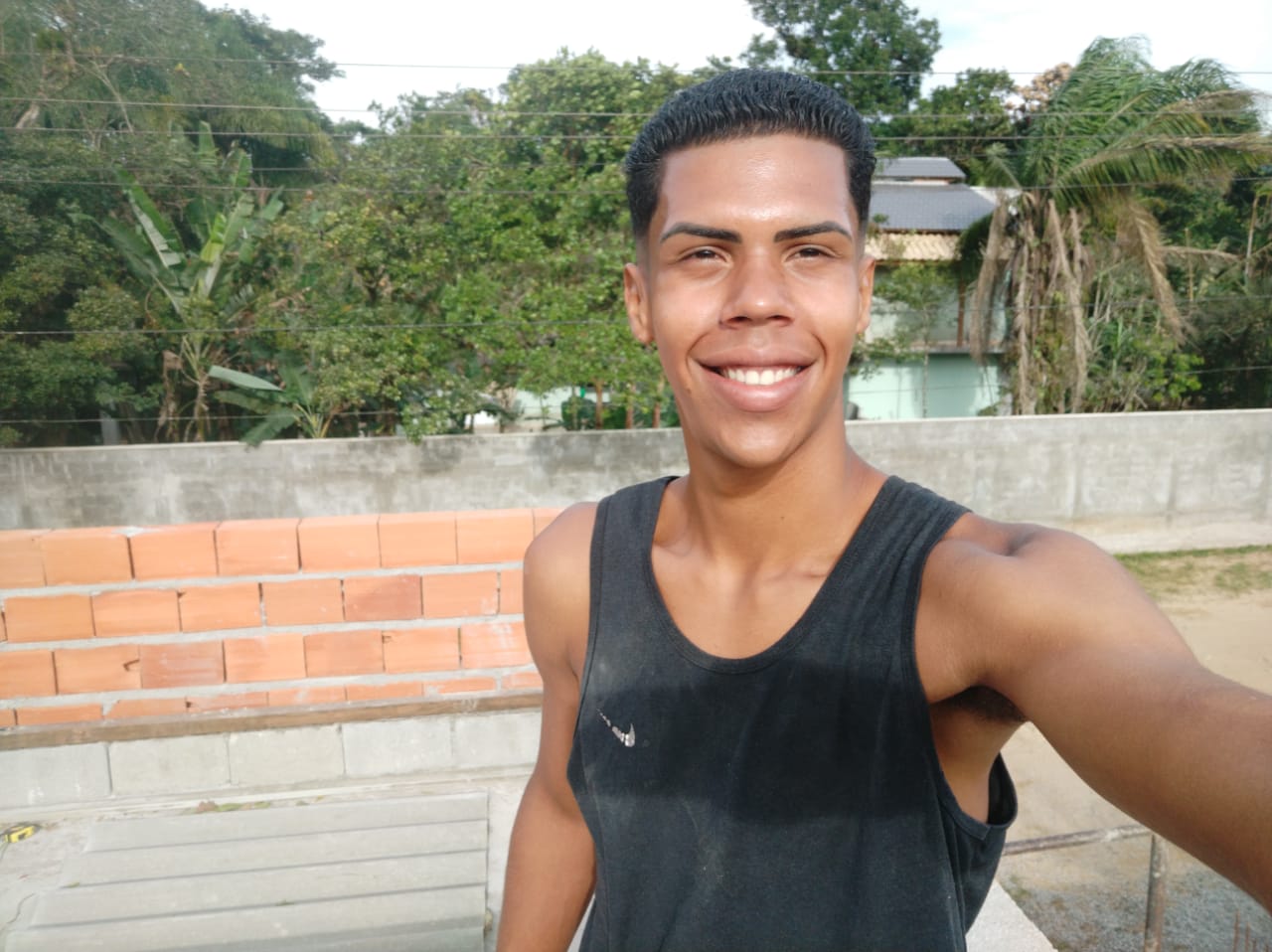 Viewers all say the same thing about Queen's grandson, 14, during vigil

“I identify with Ken a lot, he has good and healthy male habits like taking care of himself, working out and looking after his appearance.

“Now I’m working in construction and I am well accepted there, I have never been to the building site dressed as Ken and never will, I don’t need to anymore.”

'Even mum called me an ugly child'

Felipe is relieved he didn’t go under the knife – like other famous 'human Ken dolls' Jessica Alves and Justin Jedlica – but admits playing Ken boosted his confidence as a young, vulnerable child.

After his parents separated when he was 12, he struggled to find a male role model and quickly turned to the plastic fantastic doll.

Felipe says the character became his “idea of perfection” and after years of bullying, he decided to imitate his look to feel better.

Felipe said: “I was always described as a very ugly child, even by my own mother, and at school was bullied for being little.

“I felt lost and abandoned and because I grew up without a father, I became more and more inspired by the Ken doll and hid behind his identity.”

When people started calling me a freak and a demon, I felt ashamed, helpless and lost

Felipe’s obsession with Ken continued into his teens and by 14, he was spending four hours a day transforming into the character using make-up.

The gruelling task saw him contour with light and dark tones to enhance his cheekbones, make his nose appear slimmer and give him a square-shaped jaw.

Eventually, he spent five days a week as his doll alter-ego, including when at school, and got a lot of praise for his new look.

He said: “When I started doing it, I felt beautiful and empowered and also attractive to people, which was a big change from how depressed and abandoned I felt.

“My family supported my dream at the time because they saw that I was happy and content with all that, they never tried to stop me.”

Felipe also attracted attention on Instagram where he now has 15,000 followers and decided he wanted to go under the knife to make the Ken doll look permanent.

While his mother was initially supportive, she was unimpressed by his plan to “waste” thousands on plastic surgery.

“I imagine I would have spent millions, I had no idea how I was going to get that money but I had started saving,” Felipe said. 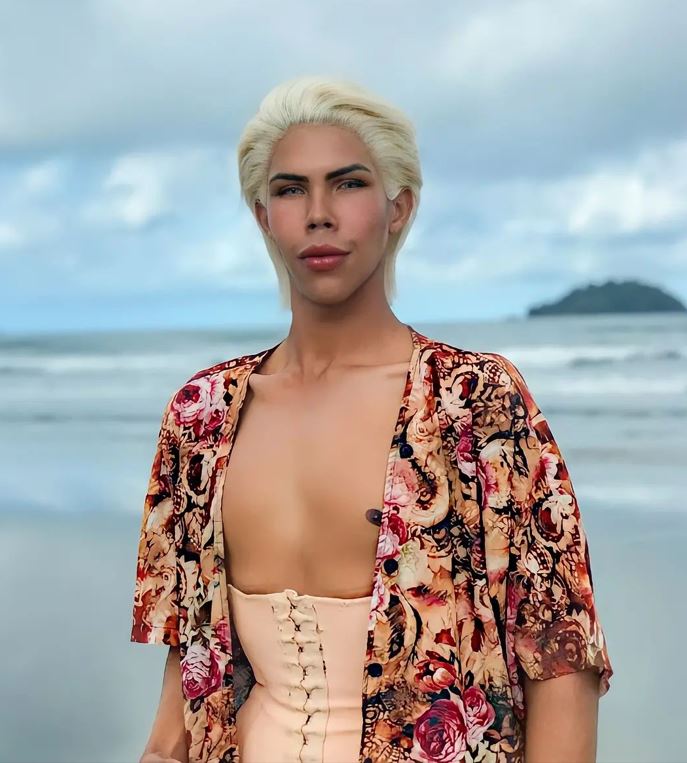 As his fame increased, trouble was looming – the amount of dye needed to achieve Ken's beach blond look led to his hair falling out and him resorting to wearing a wig.

Not only that, fans online were turning against him and trolls filled his posts with cruel comments.

Felipe says the remarks “destabilised” him to the point where he considered ending his own life.

If you have been affected by any of the issues raised in this article, contact The Samaritans on 116 123.

They are available for free at anytime.

“When people started calling me a freak and a demon, I felt ashamed, helpless and lost like I did when I was younger,” he said.

“But the comments made me realise love cannot be bought or earned, it’s deserved and if we don’t love ourselves no one else will.”

Now Felipe, who says religion helped him accept himself, is warning others against altering their appearance without tackling the root cause of problems and insecurities.

Felipe said: “I would suggest trying to self-assess yourself before going to a medical appointment and try to work out what is leading you to want to change your body.

“When I hit rock bottom I started pulling the hair from my hands and slapping myself in the face, I was suicidal and didn’t want to live.

“I stopped for a moment and heard a sweet voice that I believe was God, I realised that I needed to love myself the way I am.” 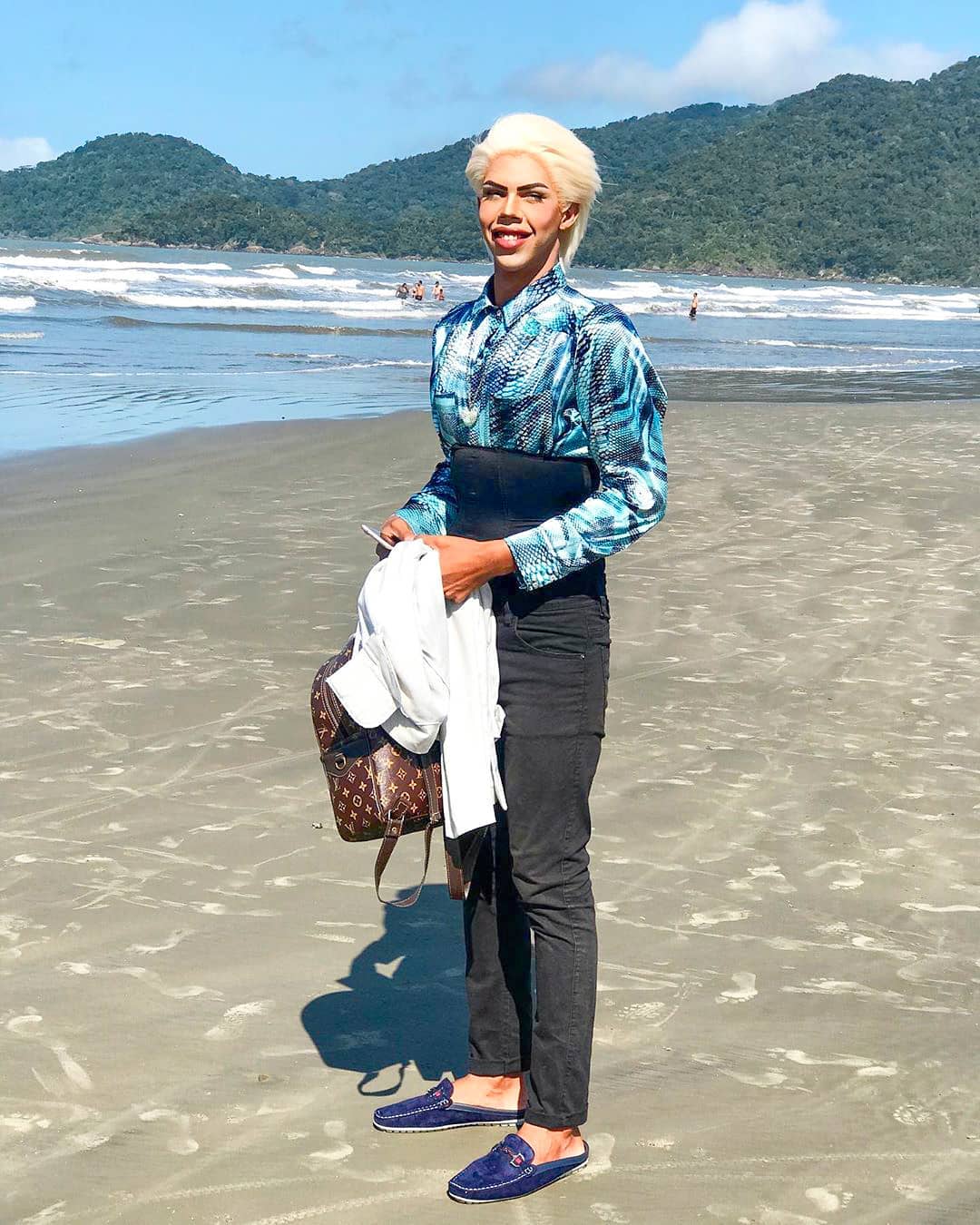