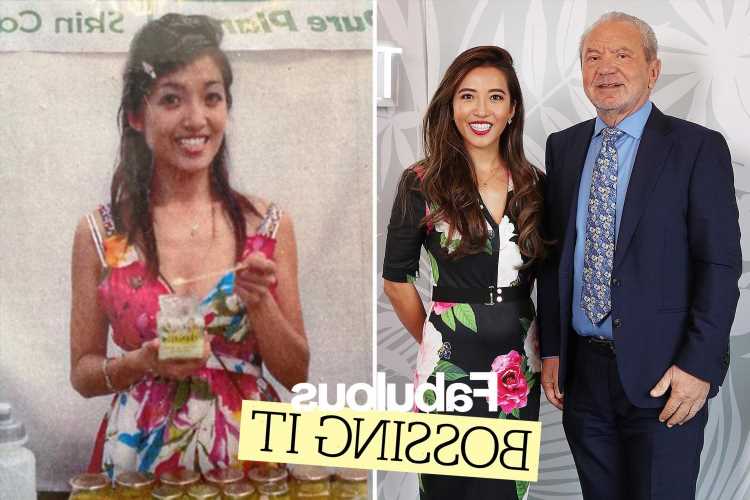 AS she packed up her stall in Greenwich Market on a hot summer's day in 2004, Susie Ma could hardly contain her excitement.

On her first day on the job, the then-15-year-old completely sold out of all her handmade body scrubs and made a staggering £1,000. 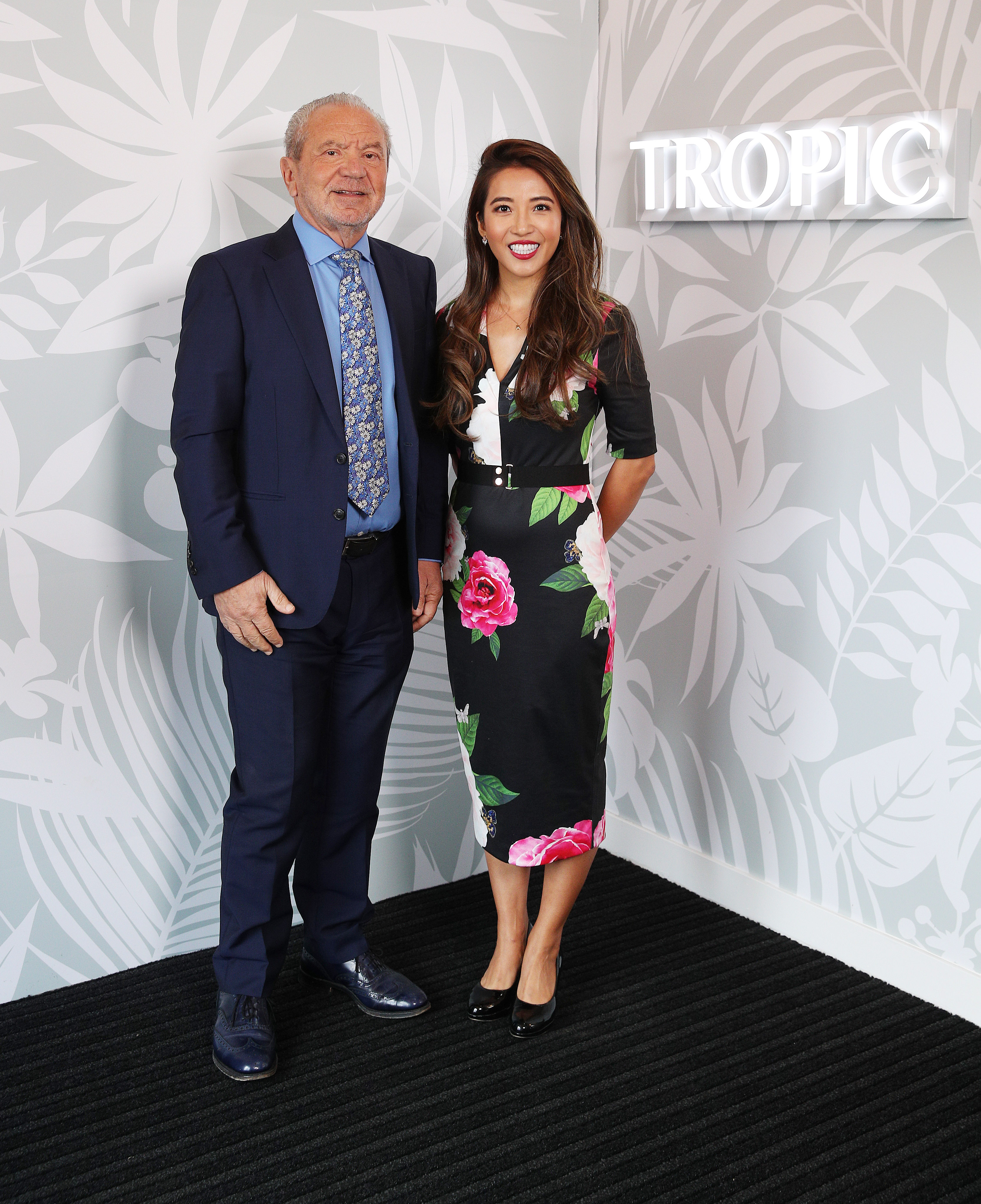 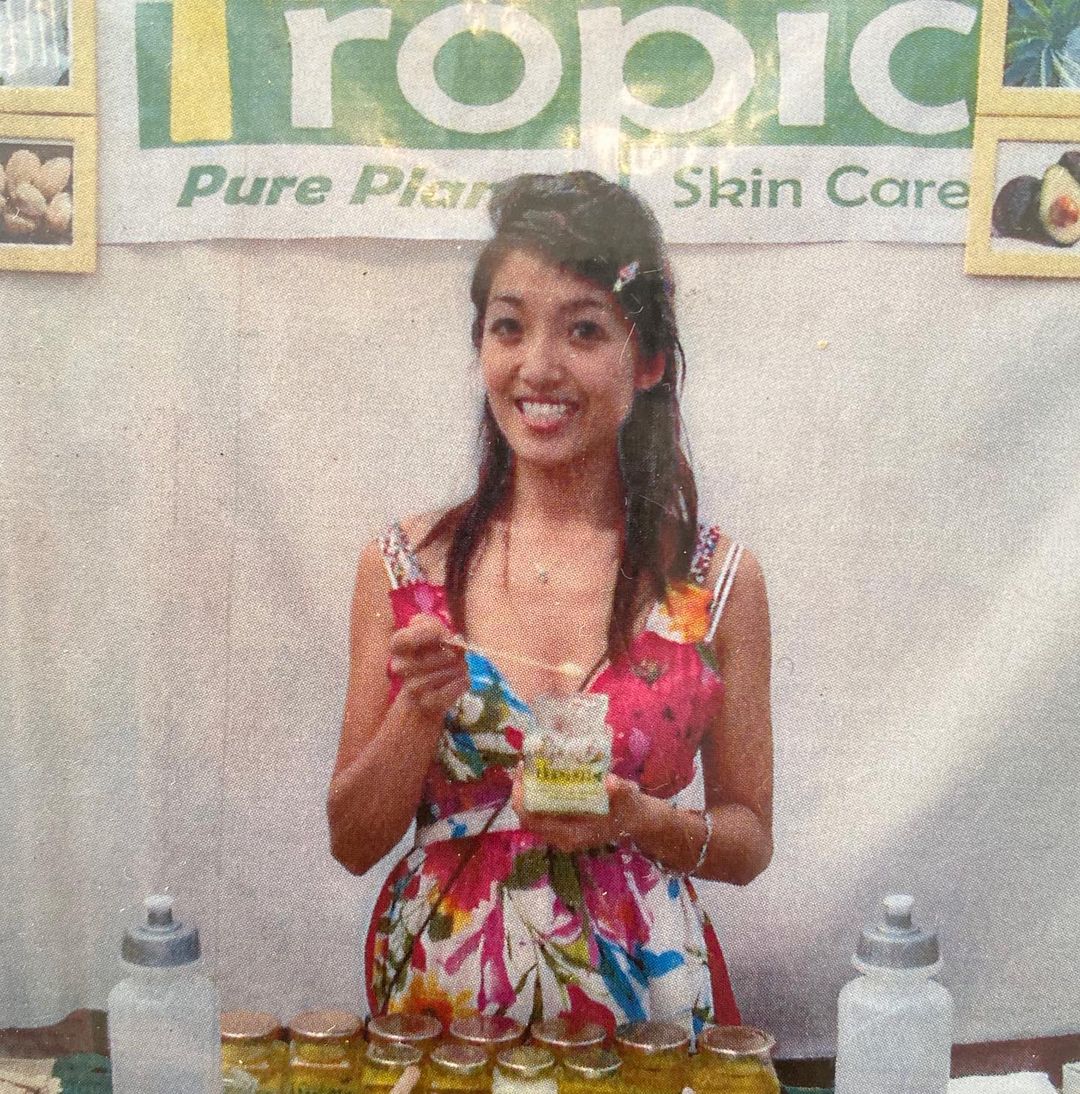 “At the time, it was the most money I’d ever seen,” Susie, now 32, exclusively told Fabulous. “It felt amazing and meant I could instantly pay my mum back the £200 she’d lent me to set it up.”

Before breaking up for the summer holiday, the aspiring businesswoman had designed labels on Microsoft Paint and printed them off for free at school.

From the kitchen of the family’s home in Croydon, Susie – who grew up in Queensland and Cannes before moving to London at 13 – experimented with the body scrub her grandma made in Australia.

She explained: “It was a blend of fresh sea salts that would exfoliate your skin, macadamia and jojoba oil, lemon myrtle to ward off mosquitos, and then I added bergamot and eucalyptus to the first batch.

“I decided to call it Tropic just because the ingredients were from somewhere tropical.”

Over the six-week break, Susie spent Thursdays to Sundays selling at the same market as her mum – whose stall sold everything from scarfs to wooden wind spirals.

“My goal was to be able to earn enough money so that I could afford my way through university,” she said. “My business was just supposed to be a means to an end.”

For the next five years, Susie continued to run her business alongside her studies and averaged a very healthy £800 a week in profit.

My goal was to be able to earn enough money so that I could afford my way through university. My business was just supposed to be a means to an end.

She added: “With the money I was earning as a teenager up until I was 21, I was able to put a deposit down for a property for my mum, get a second investment property and fund my way through university in London.”

But while she was in her final year at University College London, Susie decided to shut down Tropic to concentrate on her degree.

“My parents had told me my whole life that running your own business is really tough,” Susie said. “We didn’t have much money and they told me to study really hard and get a good job with a pension.

In 2010, the 21-year-old got a job with City Group trading Foreign Exchange – but quickly started dreaming of relaunching Tropic.

However, it wasn’t until a friend posted on Facebook wall about the new series of The Apprentice that she began taking the idea seriously. 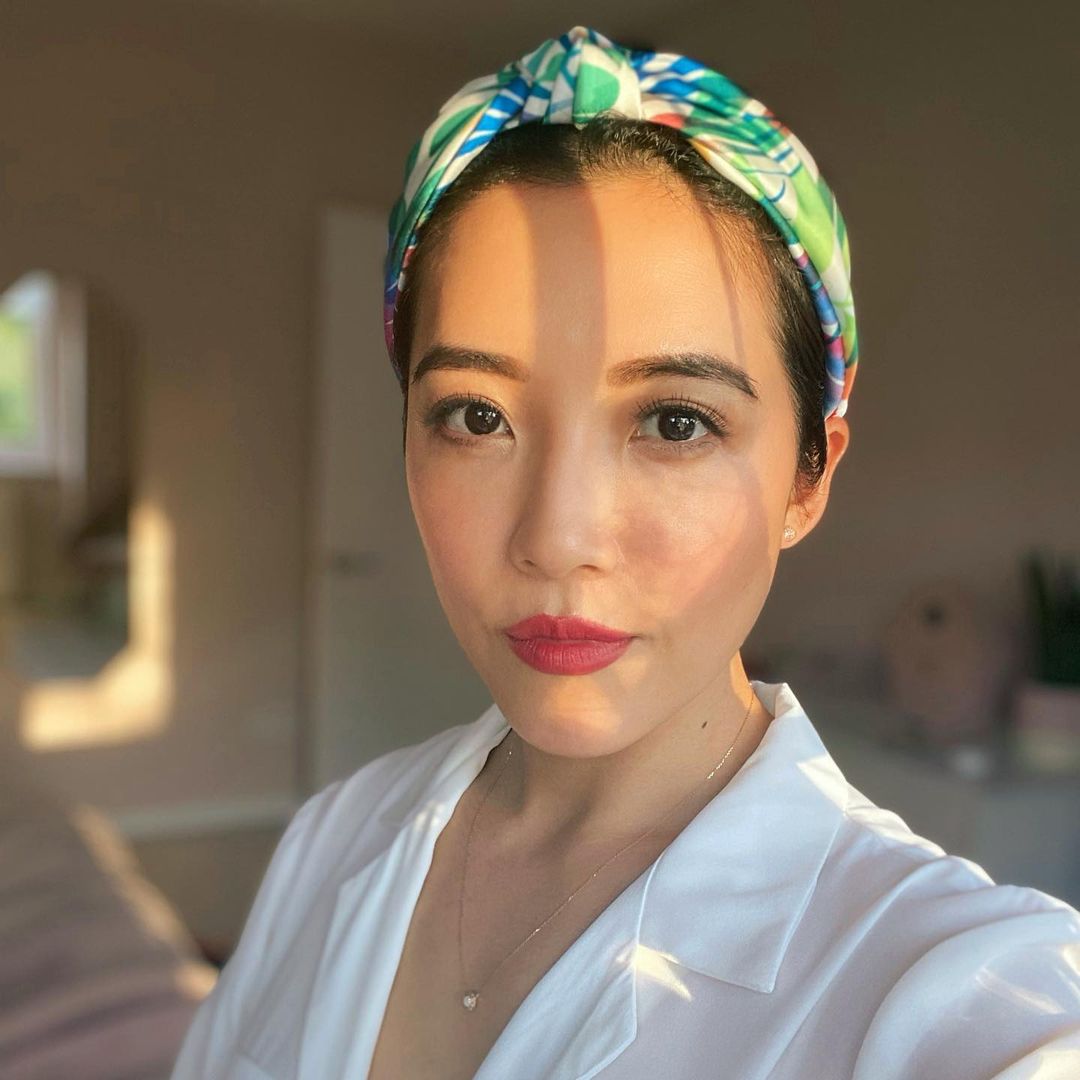 Susie said: “It was the first year they changed the prize from £100k job to a £250k investment and 50 per cent share of your business. I wouldn’t have applied for it if it was the job.

“But it was the fact that it was Lord Sugar owning half of your business – that’s your PR sorted. And that investment would allow me to expand out of my mum’s kitchen.”

Out of 73,000 applicants, Susie made it to the final 16 and was the youngest candidate to ever appear on the show at just 21 years old.

“The Apprentice was this crazy pressure cooker environment where you got to start up a new business every three days,” she explained. “Two weeks of the show is rolled into one week of filming. So we started 12 businesses in six weeks and it made me realise anything is possible.”

Even though she made it to the final round, Susie narrowly lost out on Lord Sugar’s investment to Tom Pellereau. 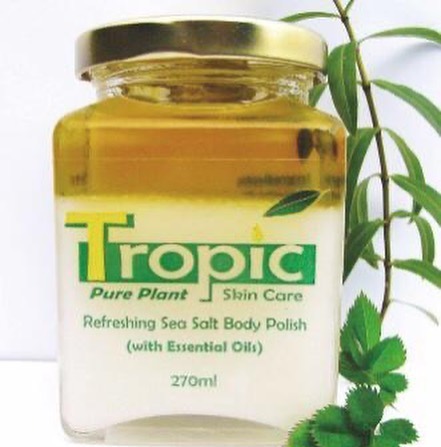 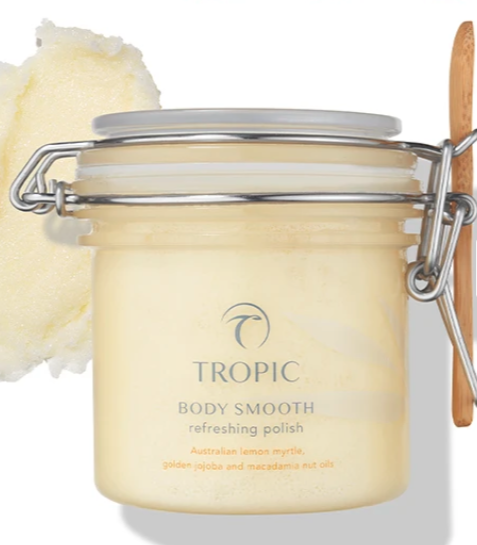 While filming the You’re Hired show, Lord Sugar’s right-hand man Nick Hewer admitted that he would have invested in Tropic – which prompted the millionaire to take another look at Susie’s business.

After filming wrapped at the end of 2010, Susie invested £8,000 of her personal savings to take Tropic to the Ideal Home show in London.

“I hired 17 actors to work on commission and spent the rest of the money on ingredients, packaging and the cost of the stands,” she explained. “I’d never worked so hard in my life.

“I was getting up at 6am, selling all day and making scrubs with my mum until 4 in the morning. I did that for 21 days straight. It killed me. I was like a zombie. But it was all worth it because the money that I earned was what convinced Lord Sugar.”

She continued: “To him, £200k was like £20. In the meeting, it was like he was just signing a bill – like he’s just had a meal out. It was the best moment of my life. I did a little hop when I left his boardroom.” 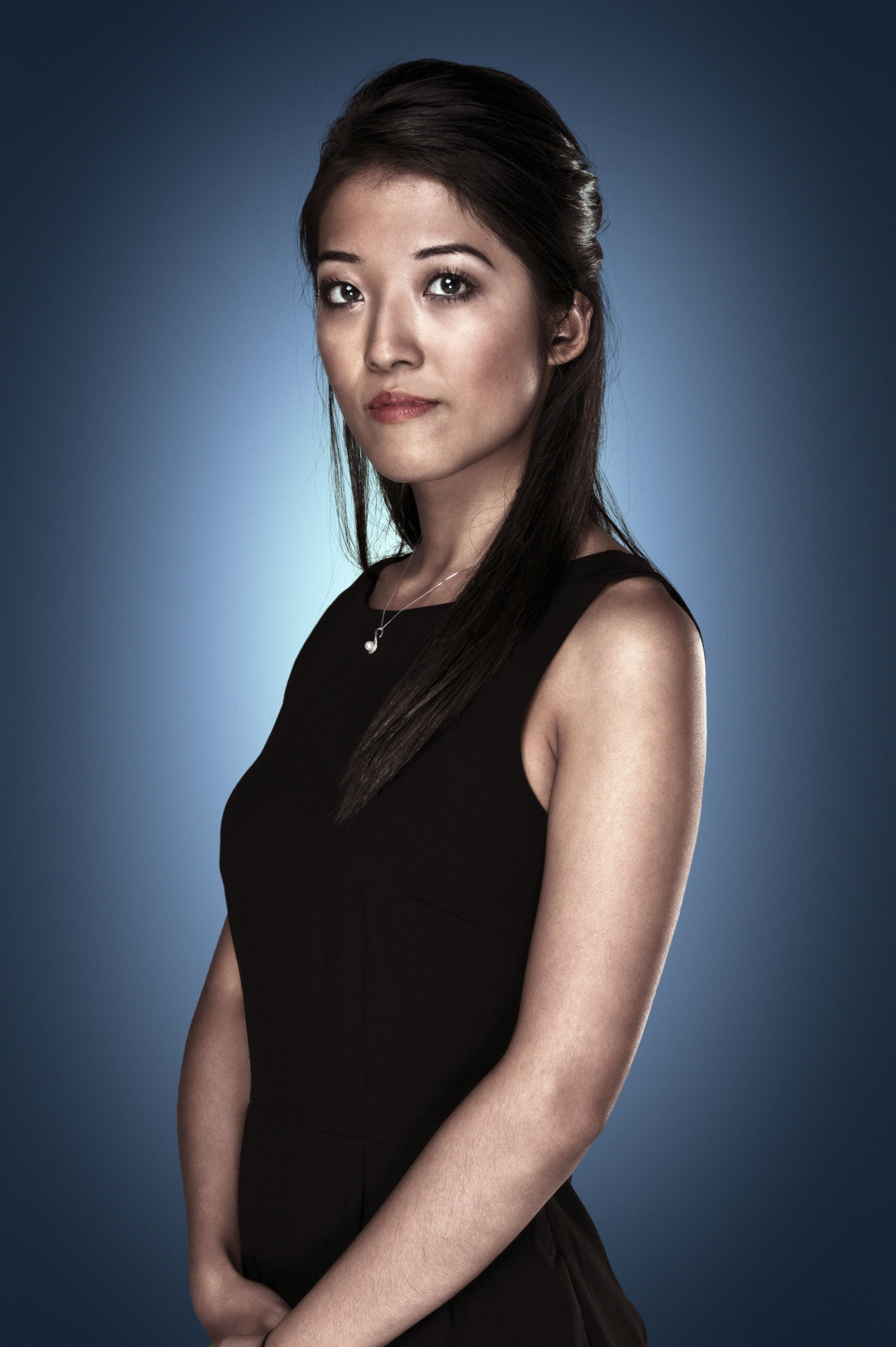 The first year, Susie moved into a factory space and reformulated her products with the help of her new team.

She added: “I actually spent a year rebranding the packaging. I wanted to move out of our heavy glass packaging. I invested in some new graphic designers and had new labels made. That money went very quickly.”

“I was in the meeting with the accountants and he said to Lord Sugar, ‘you made the money with Tom and you lost it with Susie so you’ve kind of broken even with your investment.’ I was like, ‘oh my god.’ I didn’t want to be this mistake he’d made.”

The next year, Susie and Lord Sugar figured out their route to market when they were approached by a group of women who had worked for Sir Richard Branson’s Virgin Vie cosmetics.

Susie explained: “A direct sales business model really sat well with us. I’d already been doing that with my friends and getting them to sell on commission."

On 14 May 2013, Susie offered the opportunity to become Tropic ambassadors to 400 customers and travelled the country teaching women how to do demonstrations of products and filming tutorials.

She said: “Our ambassadors make money by getting friends together. We have another group of people called hostesses – who weren’t ambassadors but were incentivized to host a pamper with friends and get 15 per cent of the overall sales in terms of free Tropic products."

How YOU can Boss It like Susie and launch your own business:

And it’s a business model that’s worked incredibly well for Tropic. The company is the UK’s fastest growing skincare brand and boasts profits of £10.7m.

Although the UK beauty industry declined by 10 per cent in 2020, Tropic has still managed to turn over £51m.

As retailers such as Beauty Base have seen a 200 per cent increase in skincare,Sona Abaryan – Ekimetrics' retail expert – told Retail Gazette that consumers are "focused on selfcare and their health rather than cosmetic products."

17 years on from her market stall and Susie now employs 450 members of staff and has 20,000 ambassadors who have sold to over 2.5m customers in the UK.

“It took me three years to make one extra product on my own,” she said. “Now we’re churning out up to 10 extra products a year!”

To him, £200k investment was like £20. In the meeting, it was like he was just signing a bill. It was the best moment of my life. I did a little hop when I left his boardroom.

Naturally, the pandemic has made Susie reevaluate the future of the business and last year Tropic donated £1m to charity.

She added: “By the end of next year, I want to make all of our products free from plastics and have refillable options.”

What’s more, Susie says she is always chatting to Lord Sugar on WhatsApp along with their monthly catch-ups.

“He once sent me something he’d seen in Japan where women were using makeup to create red bags under their eyes to make you look tired,” she said. “He sent me that and said, ‘new trend for Tropic?’ And I was like, ‘I don’t think anyone in the UK needs to look more tired!’"

Lord Sugar said: “I am impressed by Susan’s constant innovation in science-led, naturally-derived skincare – her dedication to her Infinite Purpose (to create a healthier, greener, more empowered world) is unfaltering and I know she won't stop at anything to make this world a better place than it was when she entered it."

For more inspiring stories, we spoke to Molly Robson who set up her first business when she was 18 – now Mrs Hinch has turned her furniture company into a £5m empire.

Plus lockdown nearly killed their fashion business but now sisters Natalie Reynolds and Lexi Panayi are making £600k a month selling face masks – and Sam Faiers is a fan.

And Pamela Gruhn gambled her life savings to set up my chalk paint business – now Frenchic is worth £16m.

Man receives cancer diagnosis, gets married and has a child all within 20 months
Entertainment