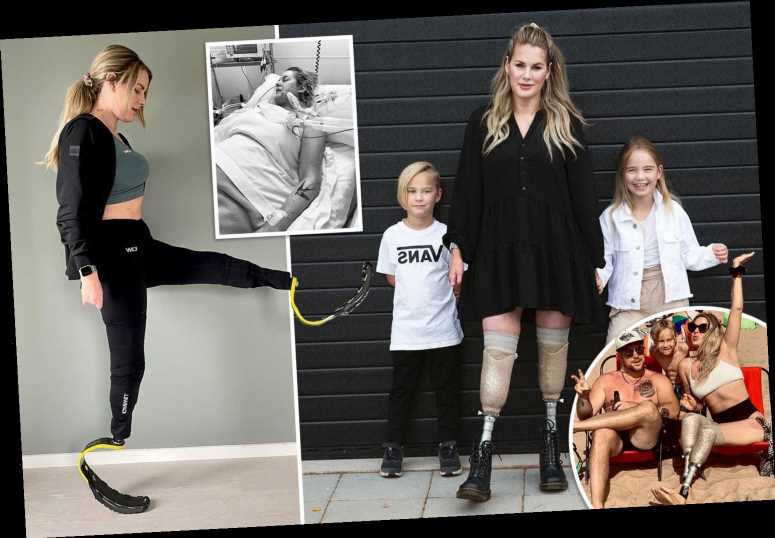 MUM-of two Elin Rantatalo, 33, lost her legs and fingers to a flesh-eating bug after blacking out on a dream holiday in Gran Canaria.

While necrotising fasciitis was eating away at her flesh, Elin was flown back home to Sweden and put into a medical coma for three weeks. Elin tells how she woke up to find her body too short after a double leg amputation. 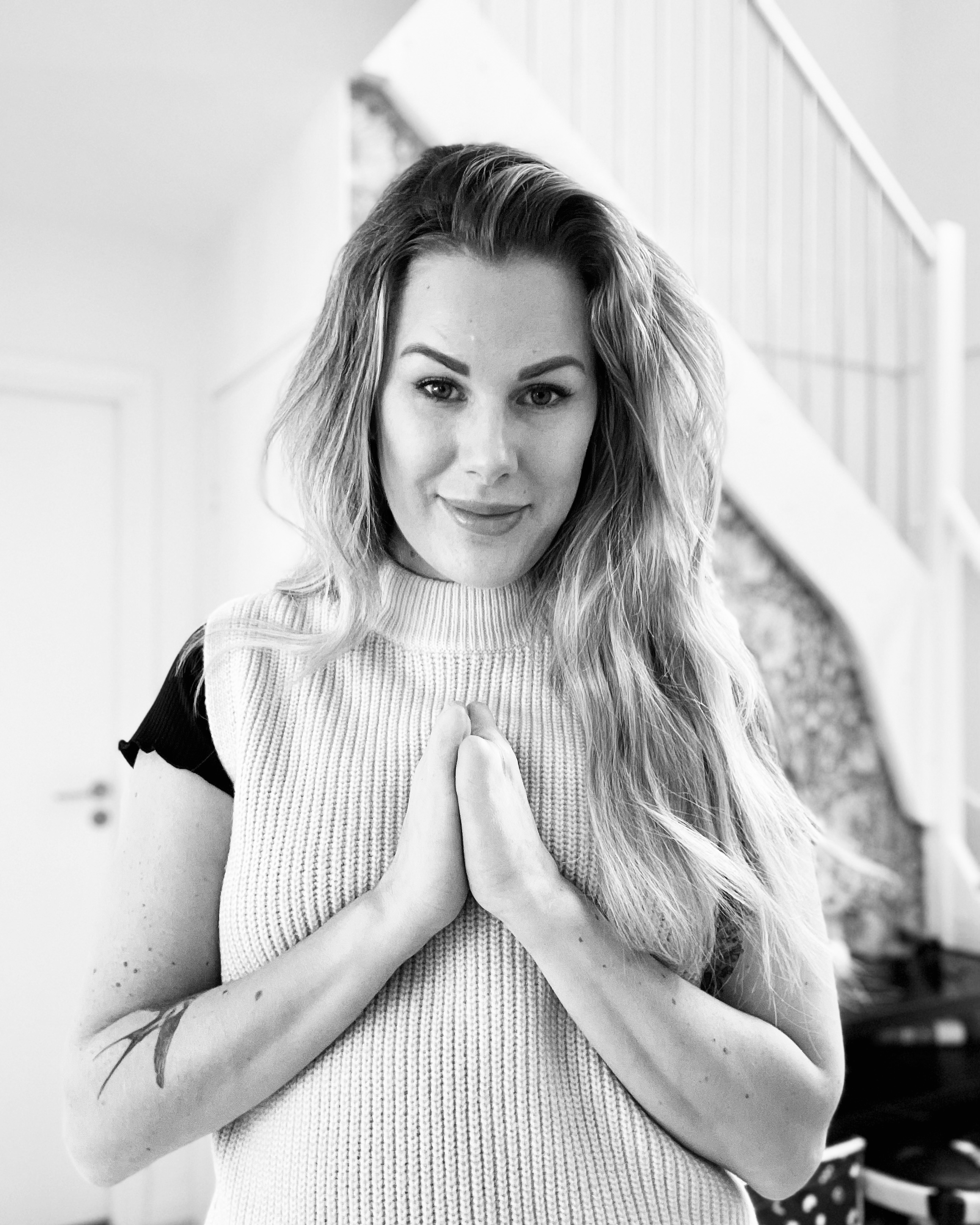 But now, thanks to support from her husband Olle, 35, who reassures her she is still beautiful, and her children, Stella, eight, and Cornelis, six, the former salon owner is retraining for a new career and is relieved to look to the future in Vetlanda. She says:

“Looking down at where my legs had been amputated below the knee, I went into complete shock – suddenly my body looked so short. I couldn’t believe that this was really happening to me.

“Before that day, I was like any other busy young mum, juggling looking after my daughter Stella, then six, and son Cornelis, four, with running my own hairdressing salon. By March 2019, me and my husband Olle – who I’d met in 2007 when we were neighbours – were looking forward to a family holiday in Gran Canaria for some much-needed relaxation.

“But by the time we arrived on March 28, I felt very tired. I put it down to travelling, but the next day, my right arm began to hurt, and the day after, I developed a fever. Soon I became incredibly confused, and though I only remember flashes of it, Olle tells me I hallucinated that there were people in our room.

“At a local clinic the next morning, doctors thought it was shingles, but then blood tests came back and they looked worried. As they spoke Spanish, I couldn’t really make out what was going on, but I understood that I needed to get in an ambulance immediately. At the hospital, pain surged from my shoulder and arm down to my waist, before everything went black. 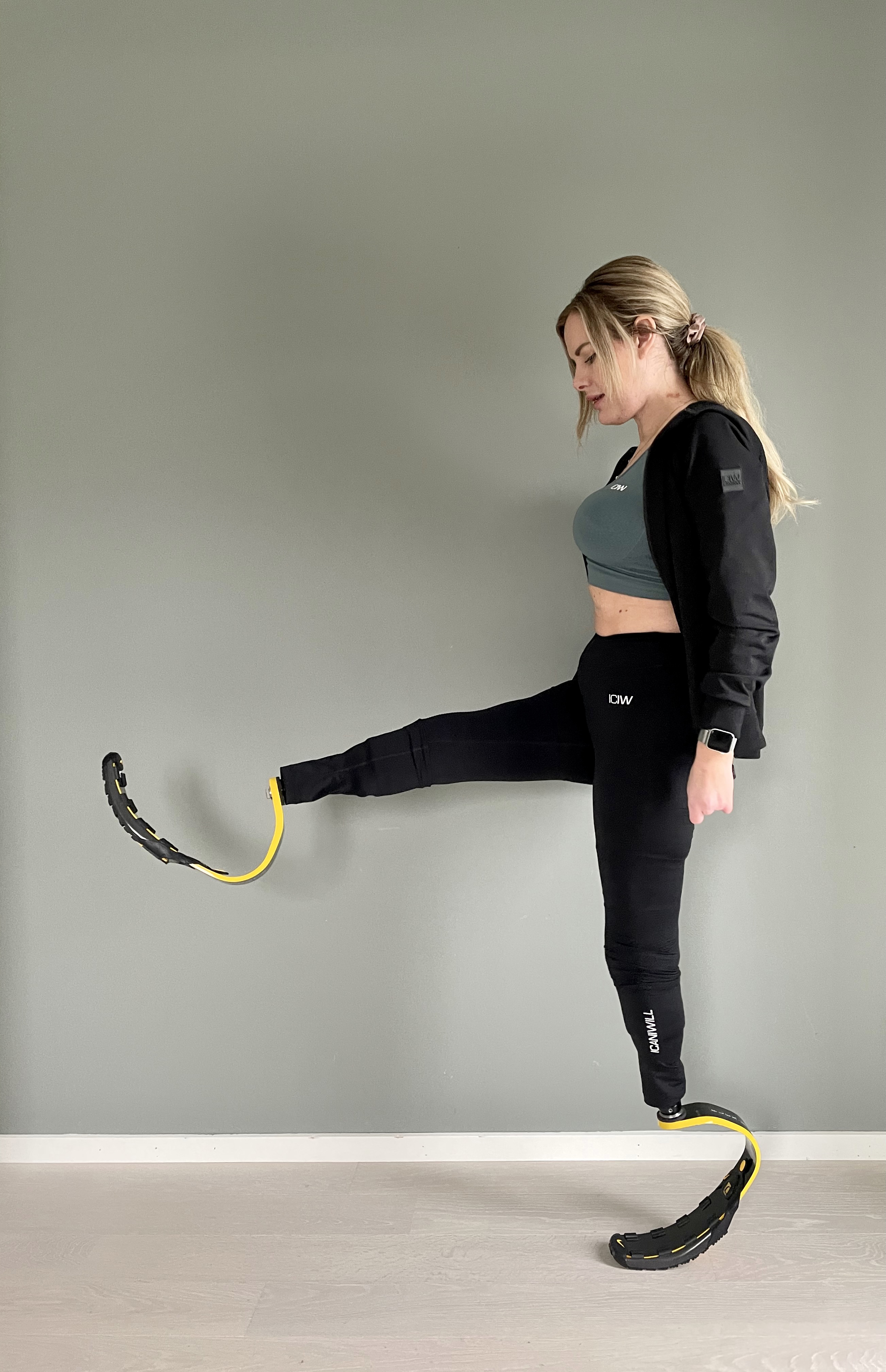 “I woke up groggy and confused. I was sure I’d only been asleep for a day, but Olle explained that I’d been unconscious for almost three weeks and needed to fly home for treatment. He said my organs had begun to fail and on April 2 I’d been put in a medical coma with a respirator so I could breathe. On April 7, Olle was told I probably wouldn’t survive the night.

“I slipped in and out of consciousness for another week, before waking up to see Olle, my children, sisters and parents crying in relief.

“Olle told me that I was back home in Sweden. He said I was in intensive care because on April 21, doctors had found I had streptococcus A, a bacterial infection that had led to septic shock, though they weren’t sure how I’d got it. By some miracle, I’d survived, but the sepsis had led to necrotising fasciitis – AKA the ‘flesh-eating disease’, because it eats away at muscles, skin and tissue. 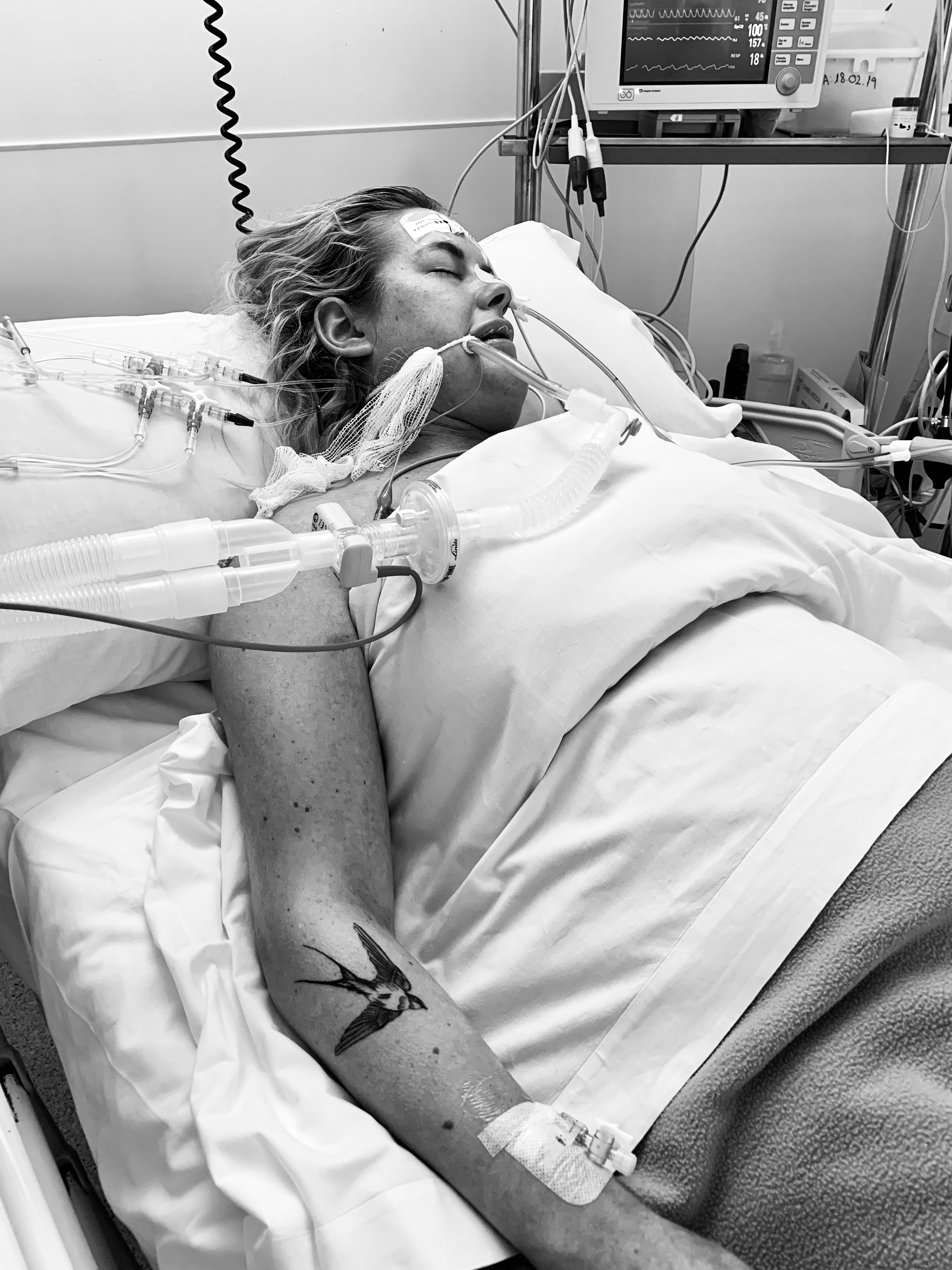 Group A streptococcus can cause a variety of infections, including scarlet fever, tonsillitis and pneumonia.

Around 500 cases of flesh-eating diseases occur in the UK each year. 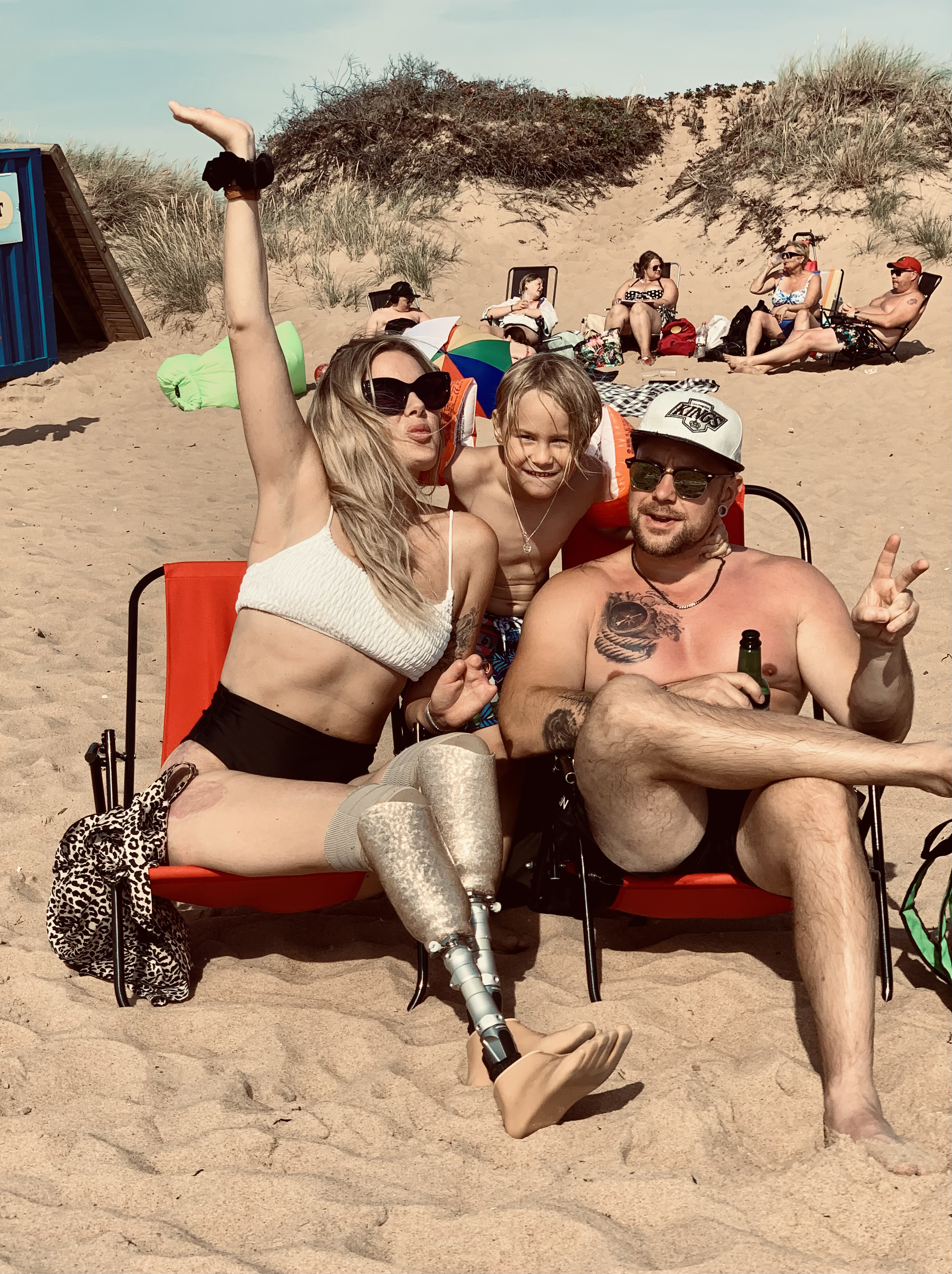 “When I saw my toes and fingers had turned grey, doctors said there was a high chance I’d lose both lower legs and most of my fingers. I was scared, but I knew I’d get through it, and I refused to let fear win.

“On May 8, I had an operation to remove both of my lower legs. It went well, but for two days I couldn’t bring myself to look at my body. When I did, I went into shock, but then quickly began to accept it. I didn’t cry or feel angry, I was just relieved to look to the future, and I was so proud of the kids, who didn’t seem fazed at all.

“I returned home on June 2, and it was very strange getting used to life in a wheelchair, my body so weak I couldn’t even lift my arms. 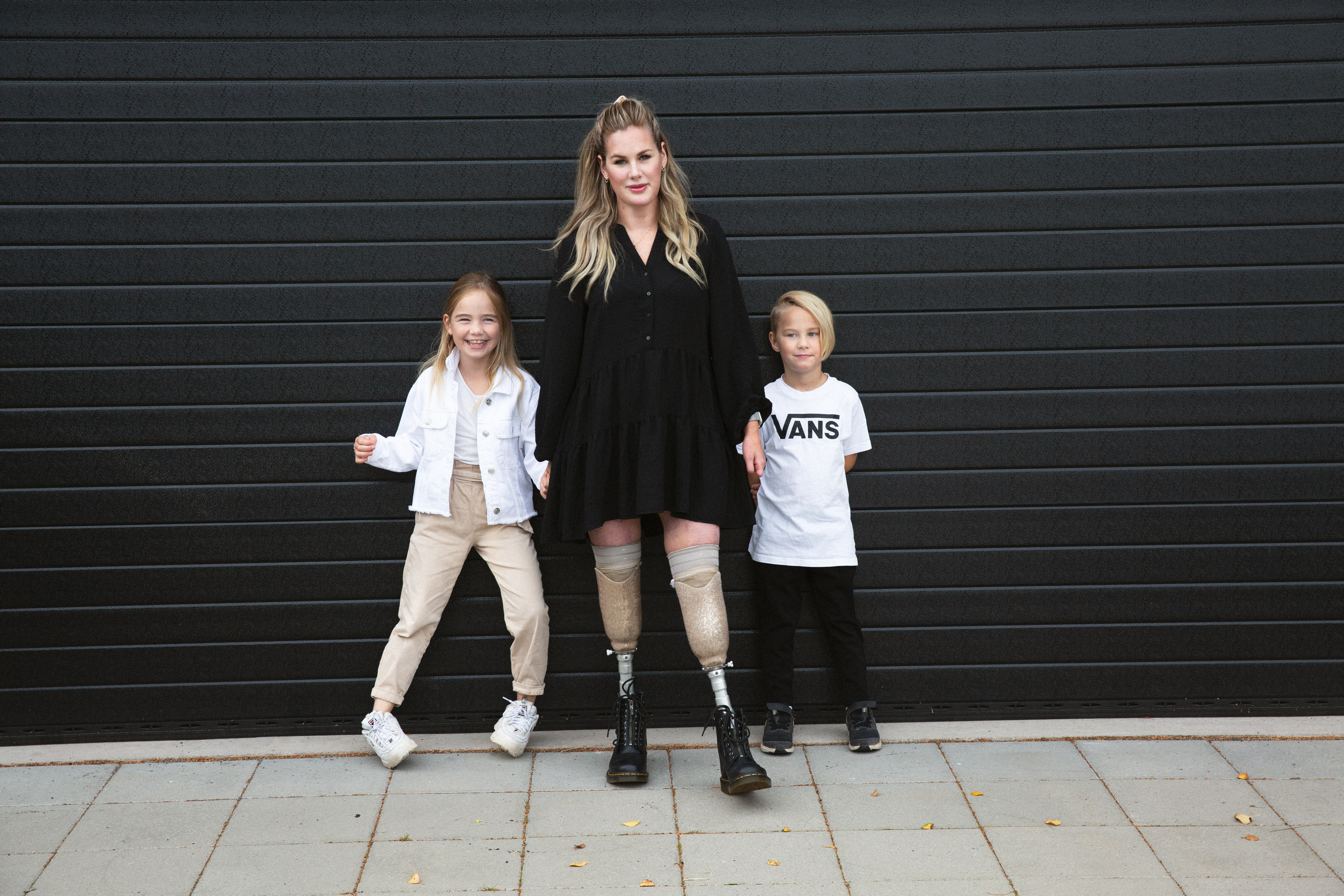 “On June 20, I underwent another operation to remove my fingers, except my right thumb. I found it much harder to deal with than losing my legs and I couldn’t stop crying. As a hairdresser, my hands were my livelihood, and I thought they now looked disgusting.

“Things felt better when I received prosthetic legs. Initially, it was painful trying to walk with them, but I felt so happy taking my first steps. The children got used to my new legs, while Olle constantly reassured me I was beautiful. I now have some prosthetics that look like ‘normal’ legs, and other times I proudly wear my pink sparkly legs, which always get compliments.

“I’m so proud of how far I’ve come. I’m retraining for a new career and I’ve just got some ‘blade’ legs, which I’m determined to learn to run in. In many ways I’m the same woman as before, but now I live for every day. I almost lost my life, so I’m determined to make the most of every minute.”

The DIY Facial Spray That Cindy Crawford Swears By

Virgo weekly horoscope: What your star sign has in store for March 28 – April 3
Entertainment