A WOMAN has done her own rendition of a TikTok challenge in which people say they become more attractive when wearing a bikini.

Social media users are in awe at her video, some men calling her a tease. 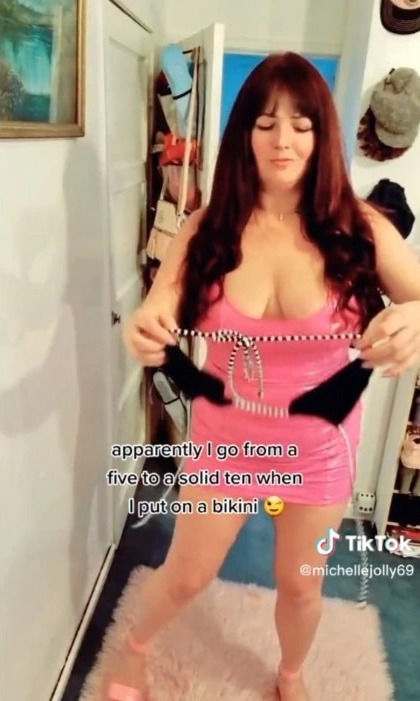 "Apparently I go from a five to a solid ten when I put on a bikini," Michelle (@michellejolly69) wrote in her video.

She strutted into the room wearing a pink bodycon dress that appeared to be made from latex.

She held a black bikini top in her hands.

In the next clip, she wore the swim top in quite a unique way – above her dress.

"Can't believe I did this," she added in her caption.

People responded to her bikini look in the comments section of her recording.

Lots of people added laughing emojis, completely amused at her twist on the TikTok trend.

Other people commented on her looks.

"You're more than a five girl."

"Solid 50 before the bikini babe," a final person wrote. 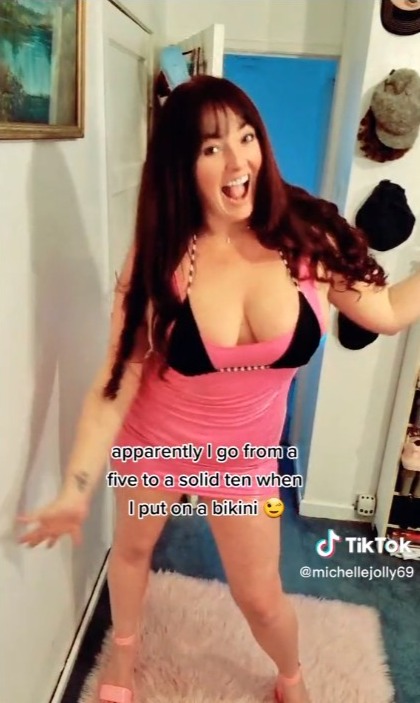