A MUM-OF-TWO has detailed how she gave birth at home on her bathroom floor despite her waters not breaking prior to her son being born.

Vanessa Jeffery, from Brisbane, Australia planned to "labour at home" until she felt ready to head to the hospital, but her new bub couldn't wait and arrived early – straight into the hands of the doula. 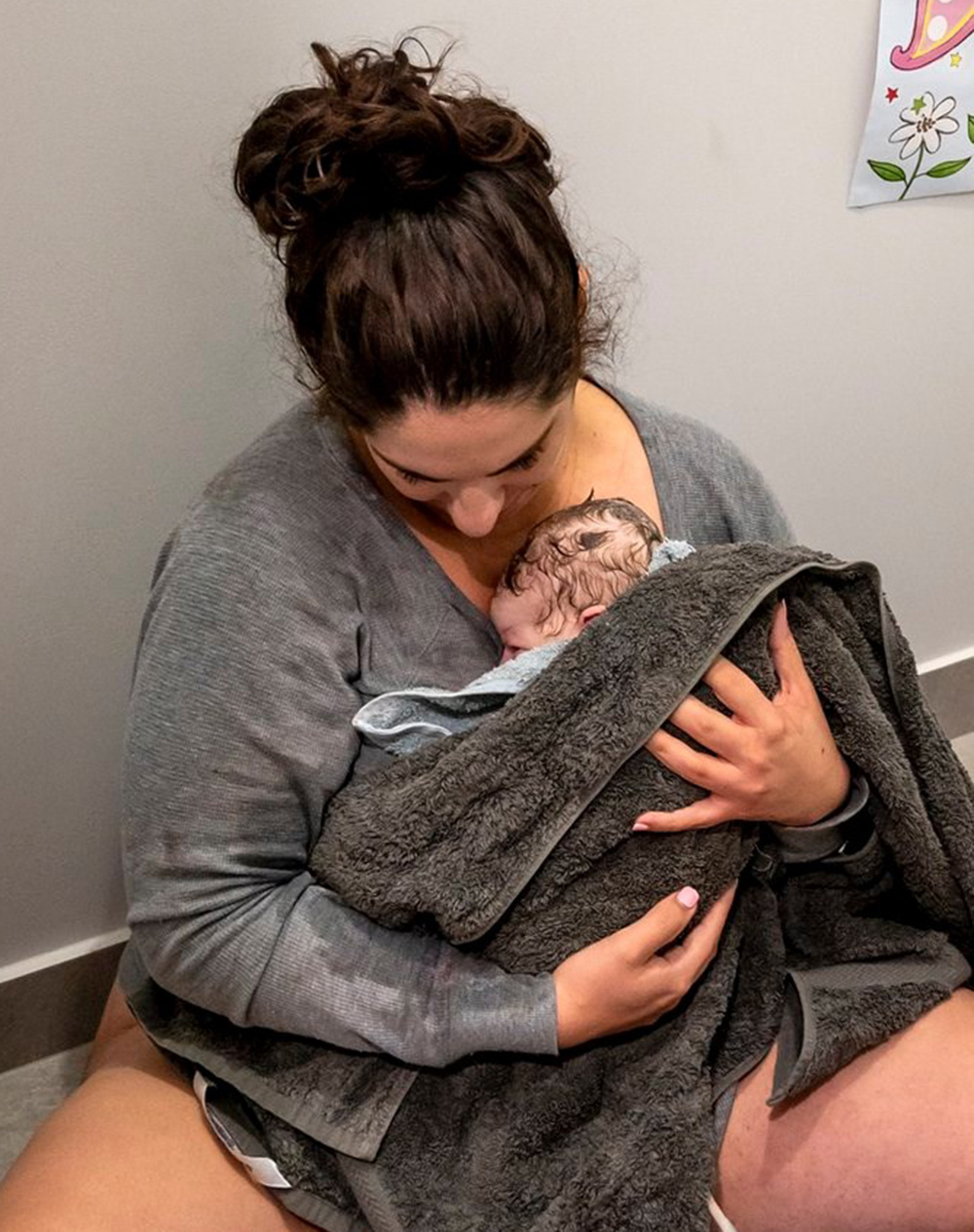 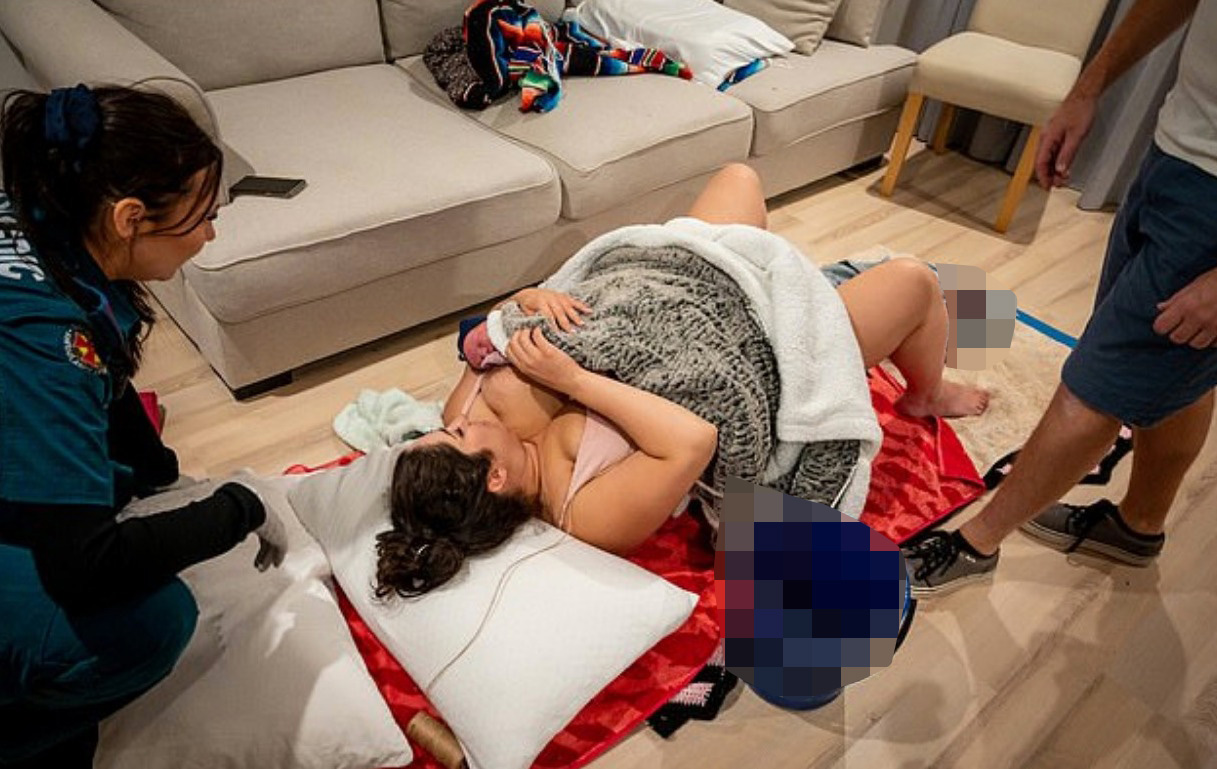 The 32-year-old teacher said she started to experience mild contractions a day before the birth, and knew she was going into the early stages of labour.

She called her doula, Selena Rollason, who rushed over to offer supportTO Vanessa and her husband Chris as they prepared to head to the hospital.

The expectant mum revealed that she sat on the bathroom floor as "that's where I had been the most comfortable."

But was shocked to discover her baby's head already starting to appear, even though her waters hadn't yet broken. 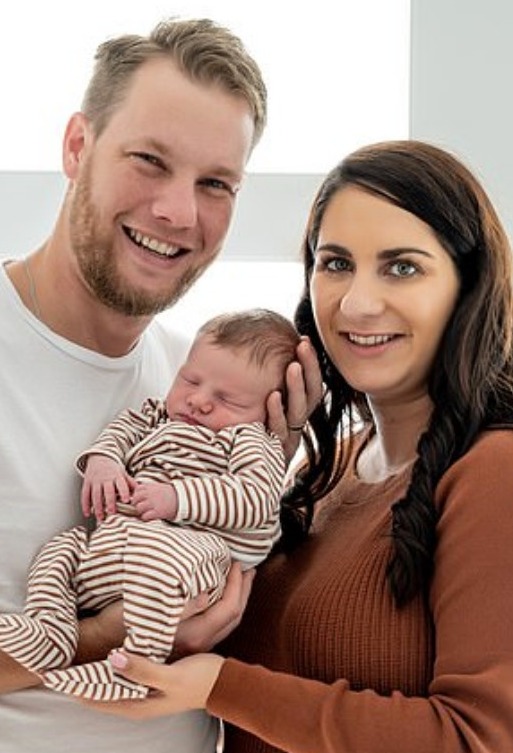 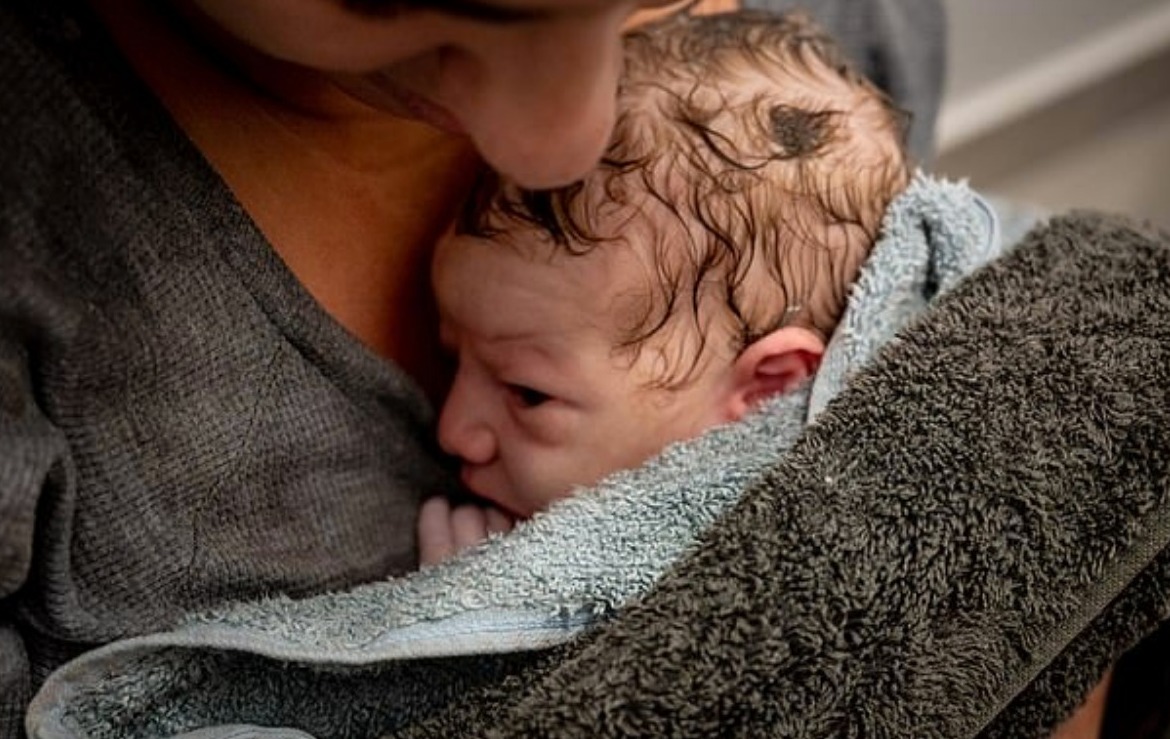 Speaking to Daily Mail Australia, she said: "At first it was pure disbelief. I thought I still had hours of active labour to get through."

She said that she'd yelled out to her husband Chris and her doula Selena who quickly rushed to her aid.

She yelled, "Selena I think my water sac is coming out', and as she rushed over, Selena could see the baby's head, "still fully encased in the membranes and waters".

Chris rushed to grab towels and placed them beneath his wife and within minutes their baby boy Nathaniel was born.

Vanessa was always planning a VBAC (vaginal birth after Caesaraen), but hadn't planned on a home birth. 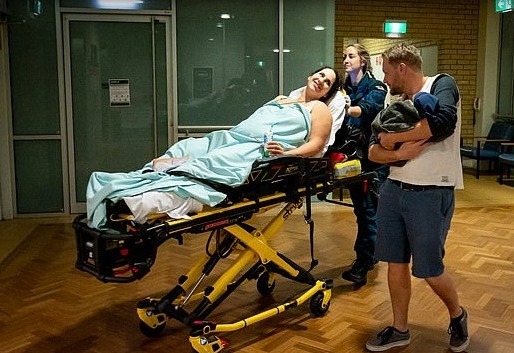 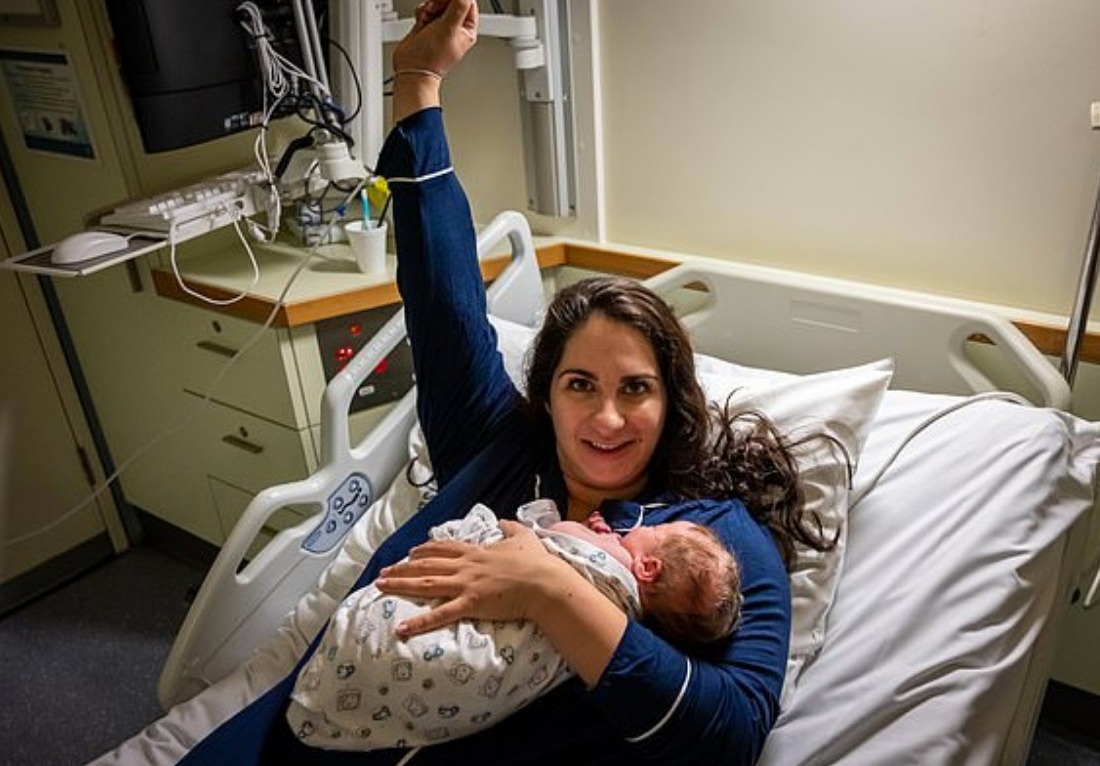 But despite the sudden turn of events, the new mum explained that her "mind was very quiet when I got to hold my baby for the first time."

She said: "It was much more emotional and instinctual than I could have imagined.

"Once he was in my arms, I felt that instantaneous bond and love for my baby with a huge sense of accomplishment with what we had achieved."

She said that the hospital system "makes you fight every inch of the way to be able to birth the way our bodies are made to," especially after a cesarean section, and that "this is my little piece of proof that women's bodies are amazing". 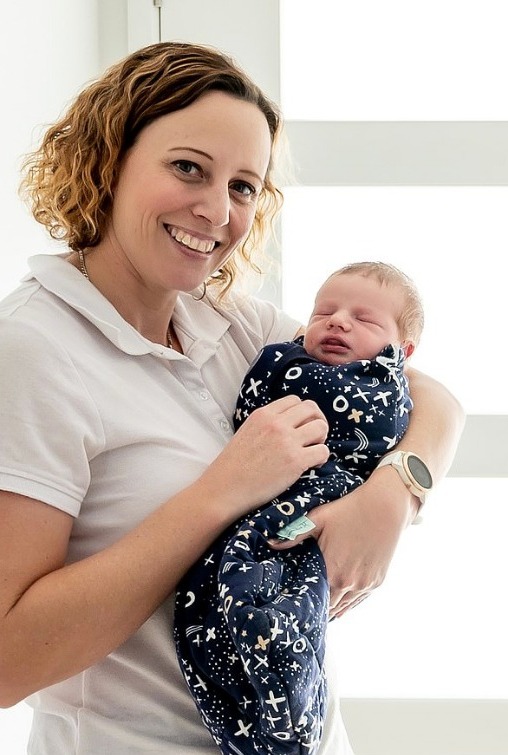 "It was the most calm beautiful birth and that's what I was aiming for and why I had asked Selena to be my doula as she helped me achieve that, " she said.

Selena, who's also a birth photographer, captured the beautiful moment on camerawhich shows Vanessa looking overjoyed as she held her newborn just moments after birth.

The new mum said: "'I'm immensely proud of all of us. I'll cherish that photo and that memory for the rest of my life. I'm so grateful to have had Selena there."

Speaking of the unexpected delivery, Selena said: "Her waters had not ruptured and behaviourally (and physically), she wasn't showing many of the normal signs that come with being close to delivering the baby." 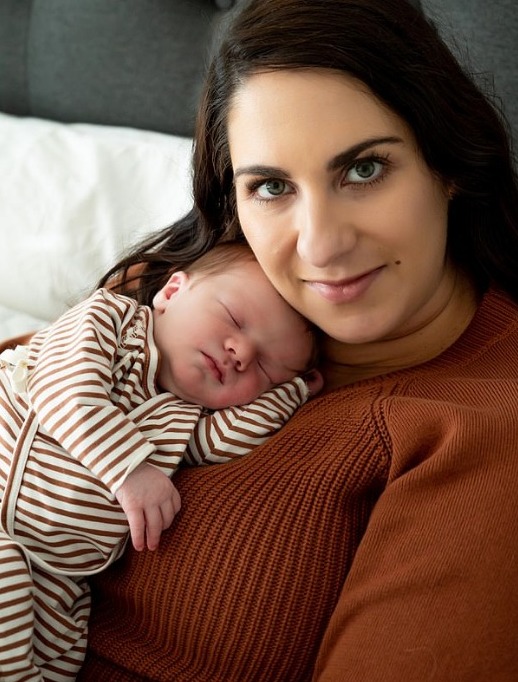 "Had we of moved her 20 minutes earlier there is no question about it, she would have delivered the baby in the car, in what would have been so much more of a stressful and unmanaged situation."

Selena later shared the candid snaps on her Brisbane Birth Photography Facebook page, and was met with a "fabulous" and "wonderful" response.

"It is such a heartwarming story to share amongst all the challenges in the world right now so people jumped on the beauty and positivity of this moment," she said.

Vanessa and her and newborn Nathaniel were taken to the hospital for a check-up following the home birth- and the family were back at home and settled within 24 hours.

Love real life stories? We're always on the look out for case studies to feature on Fabulous. Join our Facebook group and you could make money by telling your story.

We also shared how a mum delivered her own baby on the bathroom floor after labour lasted just two minutes.

Plus a new mum had no idea she was pregnant and gave birth in the bath alone – but she didn’t even get the urge to push, he just came out.

Meanwhile a mum-of-two making just £1k a month rakes in £7k by customising face masks while working from home during lockdown.