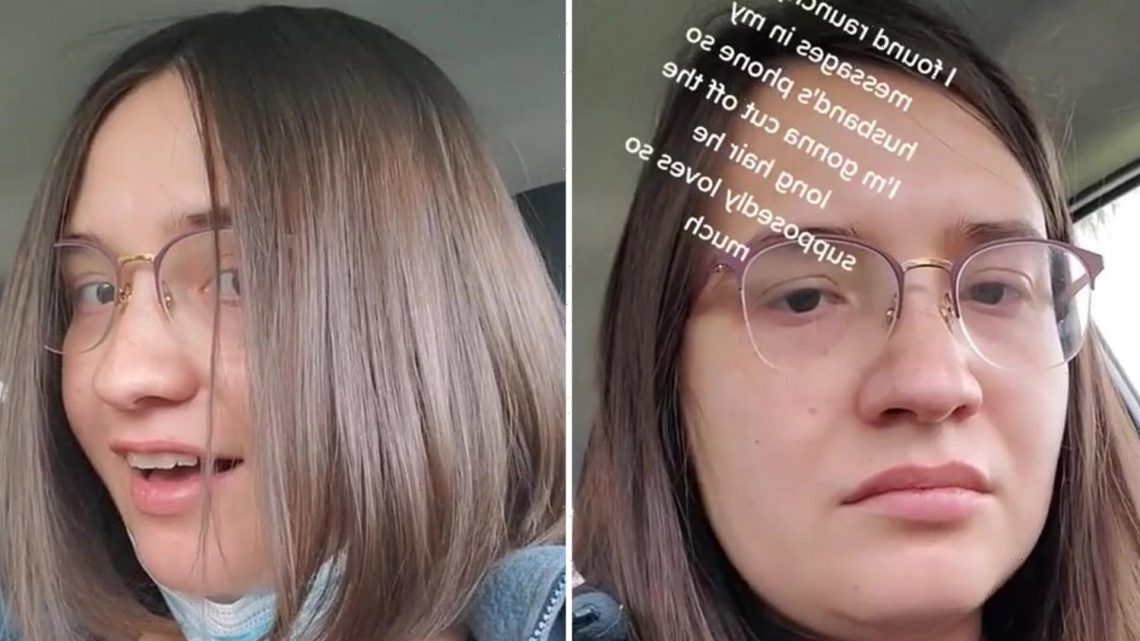 A WOMAN who was left devastated after discovering her husband had been messaging other women, decided to cut off all of her hair as punishment.

The TikTok user shared a video where she revealed her plan after finding sexual explicit messages on his phone.

Captioning her video the mum wrote: “I found raunchy text messages in my husband’s phone so I’m going to cut off the long hair he supposedly loves so much.”

After dropping her baby off at her mum’s house, the woman, who was heavily pregnant at the time, took a trip to the hairdressers where she had her long brunette tresses snipped into a short bob.

She then shared a video of her new look, which had reduced her to tears.

“Omg wtf I feel so pretty,” she wrote.

The video has received over 12 million views and over 25,000 comments from viewers who were quick to bolster the heartbroken mum.

One wrote: “You look stunning, never let anyone stop you from being you.”

“You’re a stunning queen, you can rule your own life,” added another, while a third wrote, “YOUR NEW HAIR IS GORGEOUS, YOUR NEW LIFE WILL BLOSSOM AND BLOOM.”

The mum later shared a follow-up video where she revealed that she had chosen to leave her cheating husband.

She explained: “We are legally separating, I’m not leaving the apartment though, he knows he f***ed up so he’s the one that’s gonna go.

“I couldn’t be more ecstatic to be honest.”