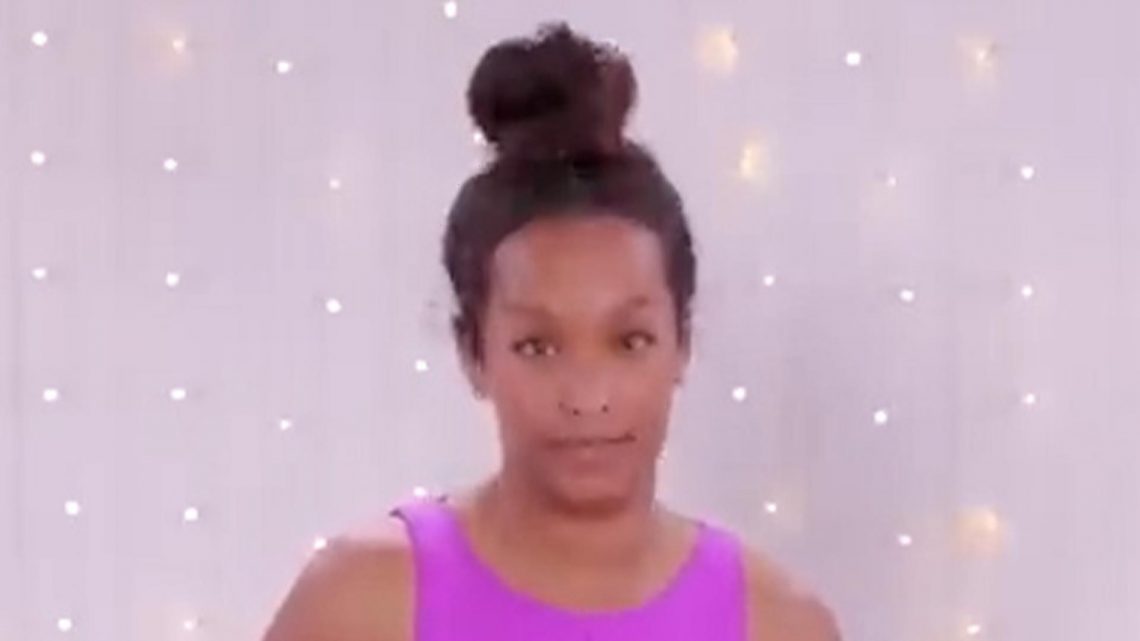 Clevver Style is a YouTube account that shares fashion, beauty, and lifestyle videos with more than 3million subscribers. 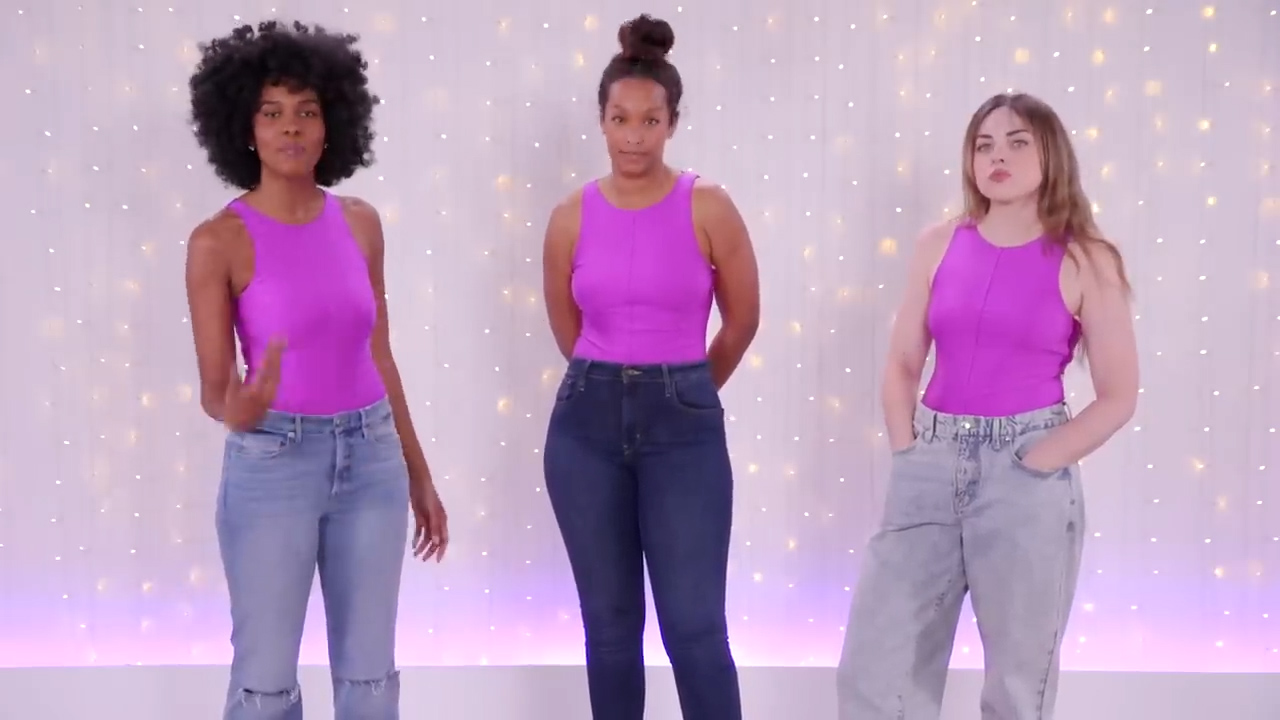 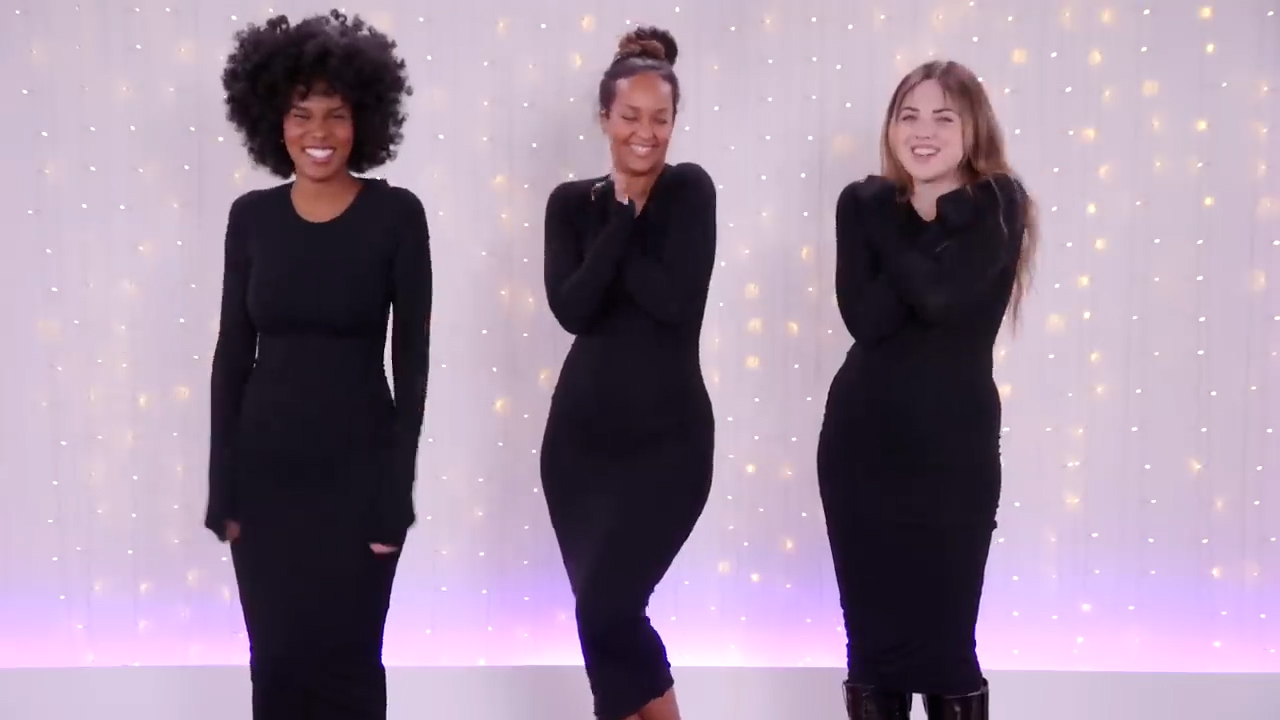 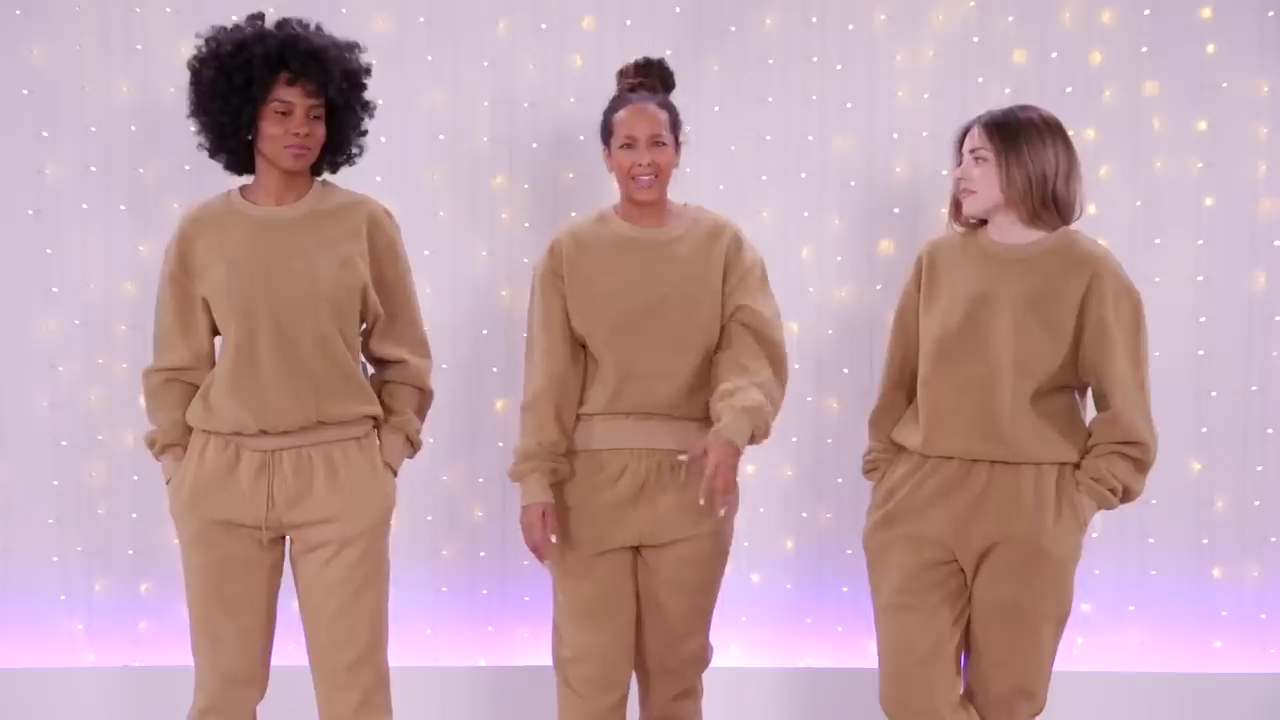 Recently, the group of women who run the account tried on Kim's Skims brand and Khloe's Good American brand in a test comparing the sister's apparel.

The "Skim's versus Good American" video Clevver Style shared on YouTube presents the question: "Which Kardashian Sister has the BEST Clothing?!"

In four rounds, the girls tested each sister's brand for "quality, fit, and price," Madeleine Byrne said in the video.

"And really comparing which one levels up," she added.

Both Madeleine and Drew Dorsey admitted it'd be a challenging test for them because they're fans of both brands.

The ladies also happened to be wearing Good American Jeans at the time they recorded the Clevver Style video with Jackie Jackie Iadonisi, who is also known as Jackie Grubs.

Madeleine, Drew, and Jackie each tried on a Good American high-compression purple bodysuit with jeans.

In the video, the women said that Khloe's body suit is $89.

Most read in Fashion 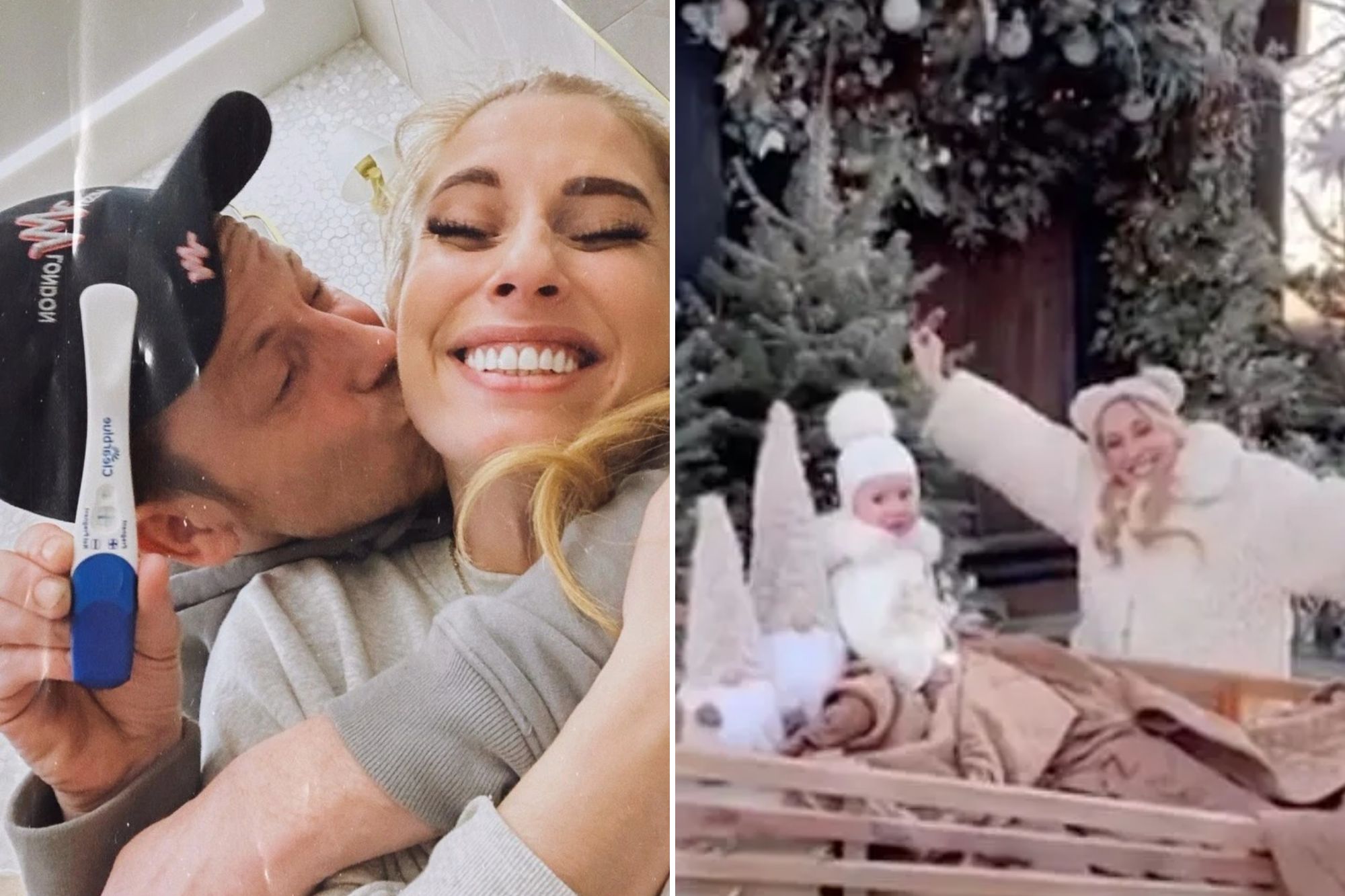 All the clues Stacey Solomon dropped to hint at her pregnancy

Drew said that despite the high price of the bodysuit, "it's doing what a bodysuit is supposed to do."

She noted that the body suit has a "thong closure," which she said she appreciates.

"Because you're not going to have panty lines."

Madeleine admitted that the bodysuit is "great quality" but said she didn't like the color.

"It's very stretchy, it's thick, you don't have to wear a bra with it," she added.

The women proceeded to try on a disco mock neck bodysuit by Skims.

In on-screen text, the video informed viewers that the Skims bodysuit is $88.

When they tried on the body suit made by Kim's brand, Drew immediately said: "It's perfect."

She also mentioned that Skims makes the bodysuit in a long-sleeve style as well as in different colors.

Madeleine confessed that she couldn't really breathe in the bodysuit and said that she "must have a thick neck."

She said that the color and cut of the bodysuit wasn't working for her.

For the bodysuit round, Drew and Jackie picked the one made by Skims while Madeleine went with the Good American bodysuit.

They noted that the pieces are sold separately for $95.

Jackie said that the set was "wonderful."

She went on to say that it's "absurd that it's $95 for this top and $95 for these sweatpants when there are so many other options."

Madeleine even admitted that society might be "a little brainwashed into just wanting to be part of the culture that is buying Kardashian things."

"But I also think, with them, comes a quality tag," she added.

"They're like, 'We're gonna sell you something that's good quality.'"

"That's where I agree," Jackie said.

"Skims, for example, there's a lot of stuff that she has where it's like, you're not going to find that fabric anywhere else.

"When you put it on, it's smooth to the touch."

She said that she doesn't feel like the Good American lounge set is pricey because of the quality.

With the Skim's lounge set, Jackie said it's "a little cheaper" at $88 for the jacket and pants.

"The material is cozy," she said while rubbing her shoulders.

"You feel, literally, like a teddy bear," she said before comparing the set to being "in between a cloud."

The girls said that the Skims lounge set is more flattering than the Good American because it cinches at the waist "a little bit."

And the person wearing it has the option to wear it with the zipper up or down.

Madeleine said that the Skims lounge set has more style whereas the Good American set was "just a crewneck."

"At least we get the hoodie, we get the zipper," she said about the Skims set.

All three of the women chose Kim's lounge set over Khloe's.

Each of the women tried on a thermal cropped tee by Good American for $49.

After saying "this top is totally my style," Madeleine said she was bummed because the shirt doesn't have a lot of stretch.

"I don't feel like I need to wear a bra," Madeleine said.

Jackie said that she also liked the thermal shirt but she has "owned a lot of thermals that are exactly like this — for less."

To go against Good American's thermal crop top, the ladies tried on the Skims vintage cropped tee which they noted in the video is $48.

Madeleine, who said that the Good American crop top lacked stretch, said the Skims crop top was "giving," and noted its stretchiness.

"It's cheaper and I just think it's a little bit more flattering from my POV."

She even admitted that she had never tried Skims vintage crop tops before, "and this is like my new favorite shirt all of a sudden."

Drew added that she liked the way the sleeve of the shirt falls on her arm.

She said that Kim's brand makes "body-hugging" clothes "but in a really flattering way."

All three of them chose Skims over Good American for the crop top round.

She gushed as she said that the quality of the dress is "phenomenal."

"It's double lined and it is so warm," she added. "I feel like if it was cold outside, I wouldn't even need a jacket."

Madeleine said that the Good American dress is her favorite thing of Khloe's that they tried on for the Skims versus Good American test.

She also said that you can wear the dress "a million different ways" so "the price is pretty worth it for the quality."

Although Jackie noted that Kim's dress is a thinner material than Khloe's, each of the ladies chose the Skims dress over the Good American dress.

"I can always count on Jackie to bring price into the convo because I’m wondering the same thing," one YouTuber said.

"I love how Skims is affordable," someone else noted in the comments.

Another said: "The Skims dress looks AMAZING on you all."