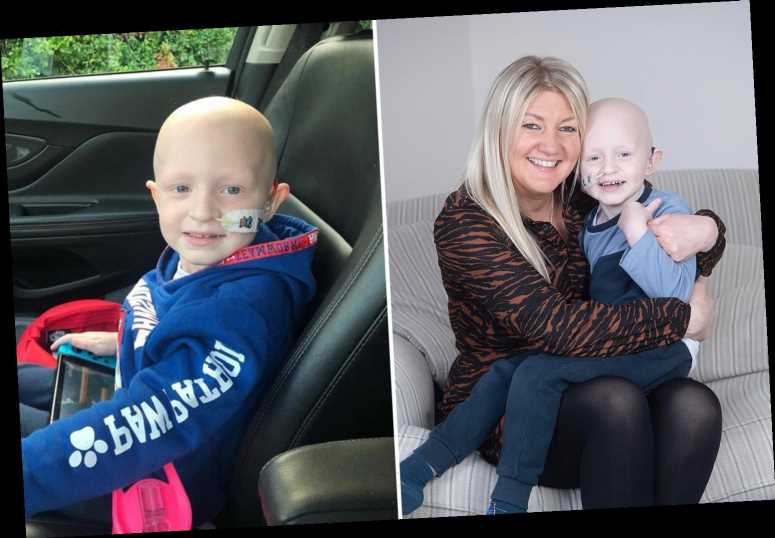 WHEN little Ollie Sweeney was struck down by a rare and aggressive cancer for the second time, mum Lucy was told to say goodbye to her son.

But despite having a brain tumour the size of a golf ball, the four-year-old defied the odds and is cancer free. 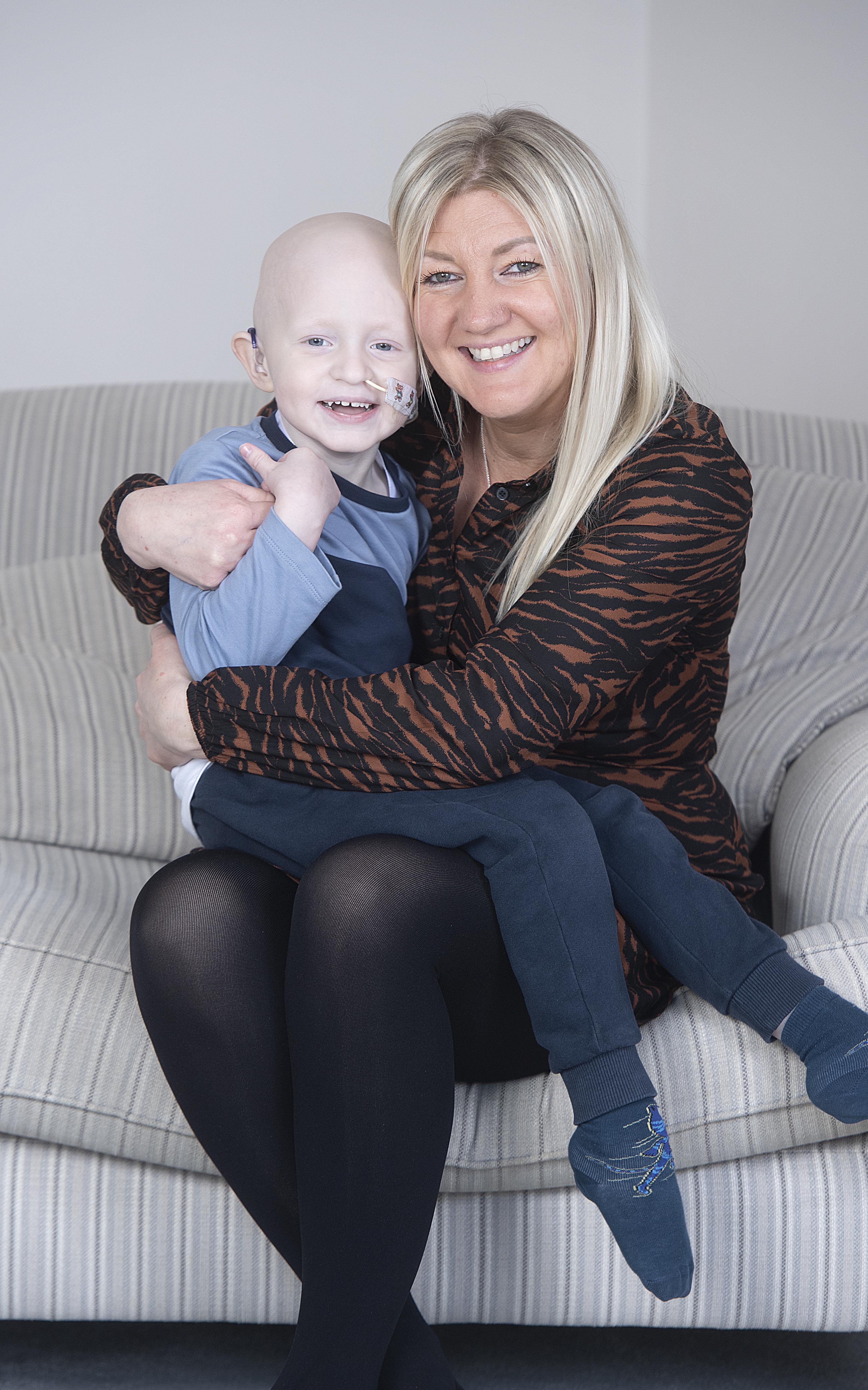 Now, however, the family face a race against time to stop his neuroblastoma returning for a third time — and need to raise £600,000 for pioneering treatment in America.

Without it, Ollie’s chances of surviving more than five years are less than ten per cent.

Lucy told The Sun on Sunday: “When the doctors said we had to prepare ourselves for losing our little boy, it was horrific.

"They didn’t want to resuscitate him if he stopped breathing.

"They said it would be machines keeping him alive.

“He was taken to a hospice for end-of-life care.

"I remember him being asleep, holding his hand and telling him I loved him.

“I was crying, saying, ‘I’m sorry for bringing you into this world to have so much suffering’.

“When he pulled through it was the biggest relief.

How you can donate to help

THERE are many ways you can help Ollie, including making a personal donation, sharing his story, holding a fundraising event or getting sponsored to take on a challenge.

Contact the fundraising team by calling 0207 284 0800 or emailing fundraising@solvingkidscancer.org.uk.

To donate via a card or paypal, go to solvingkidscancer.org.uk/appeal/ollie.

To donate via text, send the message OLLIESWEENEY and the amount you would like to donate up to £20 to 70085.

To donate by cheque, make it payable to “Solving Kids’ Cancer” with “OLLIE SWEENEY” written on the back to make sure it goes into Ollie’s account. 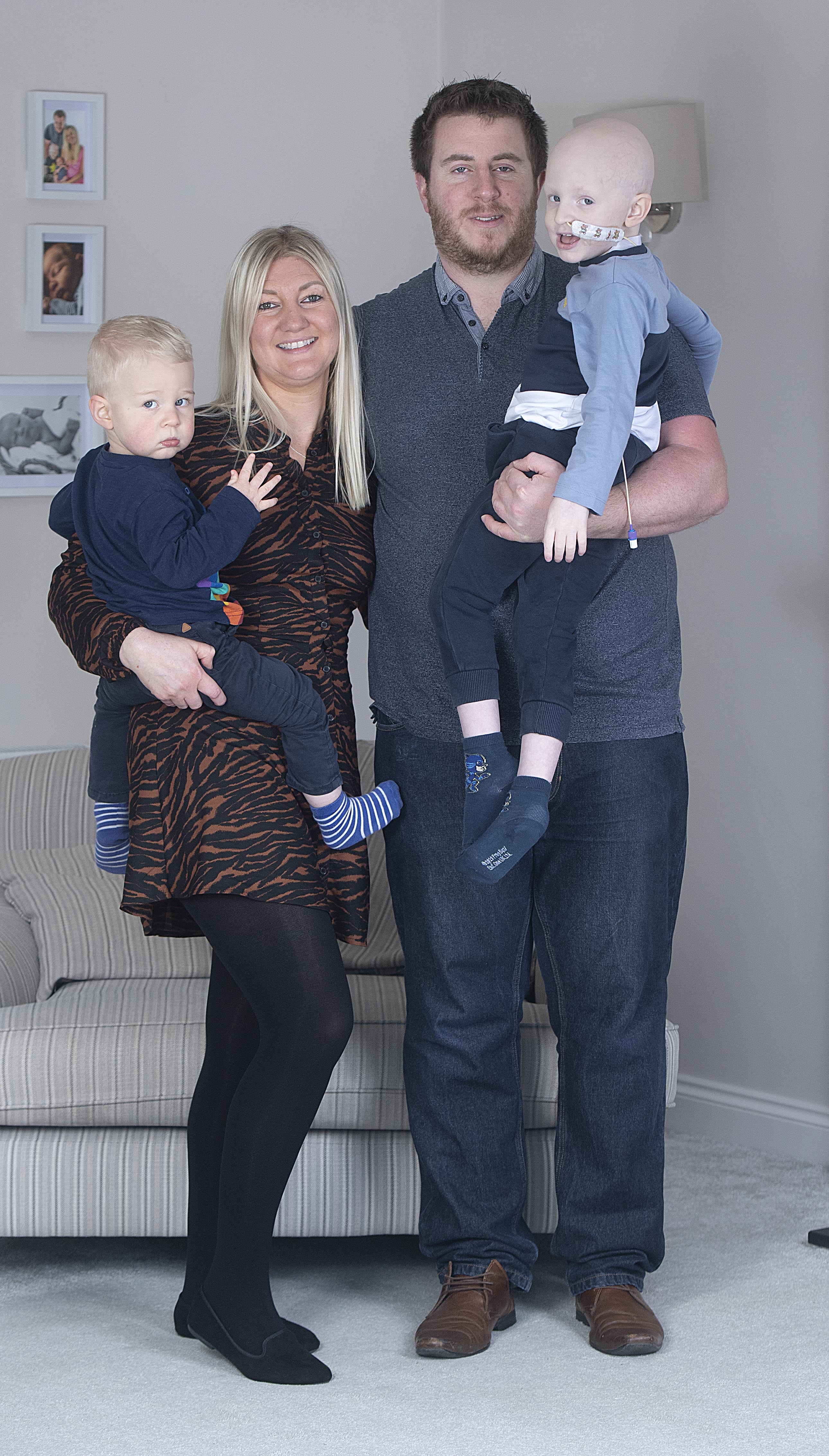 But half of children who are treated for high-risk neuroblastoma get the cancer back, which is why he needs treatment in America.

“He could relapse at any time.

"We want to see our little boy grow up. Without the treatment, we don’t know if he will.

Ollie was diagnosed with neuroblastoma in January 2019 just before he turned two.

It is a rare cancer that affects around 100 children a year in Britain.

Lucy, a hairdresser, and husband Gary, a plasterer, both 35, noticed their boy had become withdrawn and was having spikes in temperature.

Lucy said: “He was a fun, cheeky little boy. But he wasn’t really eating.

“Every time I dropped him off at nursery, he started crying. It wasn’t like him — his whole personality changed.

An ultrasound eventually showed a mass in his tummy.

And the family, from Westoning, Beds, were given the devastating news by medics at Addenbrooke’s Hospital, Cambridge, that he had cancer in his abdomen, bones and behind his eyes.

Lucy said: “They said there was a 50 per cent chance of survival, with a high risk of relapse.”

I can’t put into words how terrifying it was. We had staff coming up to us, cuddling us and crying.

After chemotherapy and surgery in April 2019, Ollie — who is older brother to Jake, one — was placed in remission.

He then had radiotherapy and six months of immunotherapy, which finished in April 2020, soon after the country went into lockdown.

The family looked at options to fight a relapse.

Lucy said: “There was a trial in America where he could have a vaccine — a bit like the flu jab — to stop it coming back. 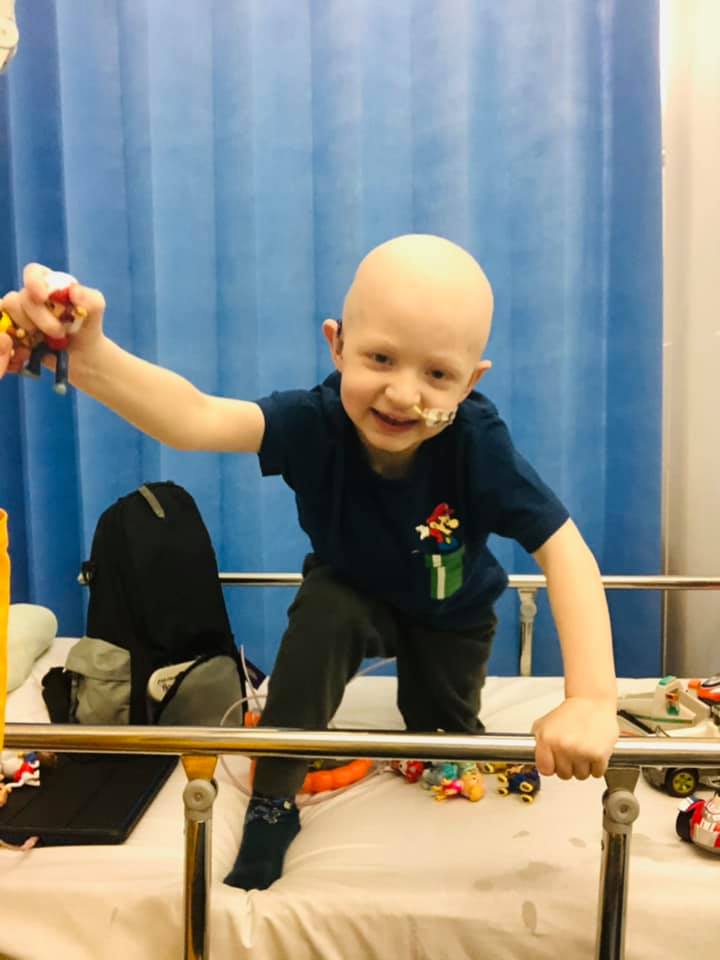 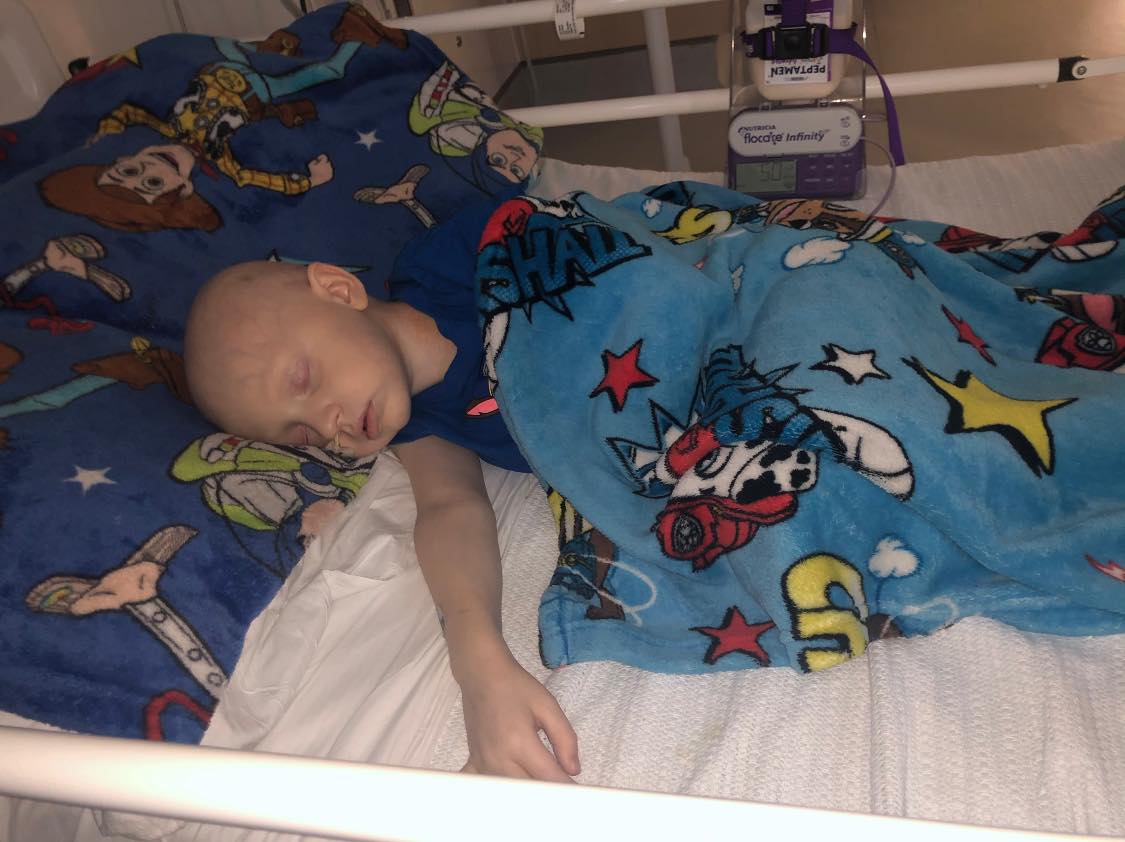 But in July, Ollie’s cancer came back. Lucy said: “He started getting restless at night.

"He’d wake up crying and holding his head in pain.

“We went for scans.

"Gary took the call from Ollie’s consultant saying he had relapsed and there was a mass growing behind his ear.

"Gary dropped to his knees, crying.”

Tests showed the tumour had doubled in size.

Lucy said: “I can’t put into words how terrifying it was.

"We had staff coming up to us, cuddling us and crying. 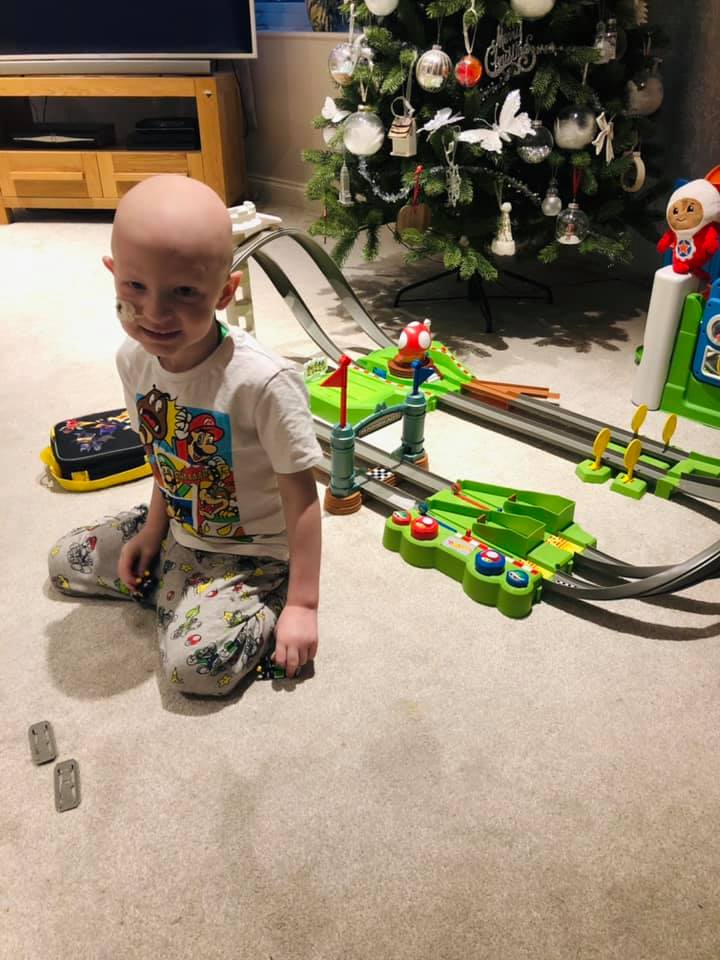 WHILE neuroblastoma is rare, it’s still one of the most common cancers that young children can get.

Nobody knows the cause.

But the cells in a neuroblastoma come from immature nerve cells in various parts of the body including the abdomen, chest, spine and adrenal glands near the kidneys.

Symptoms can include stomach ache, wheezing or back pain.

It all depends where the tumour is growing.

One striking thing about neuroblastoma is how variable it can be.

In some cases, the tumour can go away on its own.

In others, it’s an aggressive cancer that spreads quickly to the surrounding organs as well as to more distant parts of the body, such as the brain stem where it can rapidly be fatal.

Doctors use scans, biopsies and gene tests to tell how risky a particular tumour is

The biggest challenge is how best to treat the most aggressive types.

Among the options are chemo, surgery and radiotherapy, often in combination and together with stem cell transplants.

Then the focus is on stopping an aggressive neuroblastoma from returning and spreading to distant parts of the body.

But as Ollie’s parents know, there is no one ideal treatment for every child, and research goes on.

Memorial Sloan Kettering in New York, where Ollie’s parents hope to take him, is probably the most comprehensive neuroblastoma centre in the world and offers a combination of treatments including vaccines and liquid radiotherapy.

“We were told that if the tumour continued to grow, it would push on the brain stem and stop Ollie breathing and that he had pretty much zero chance of survival

“It can take up to ten days for chemo to work and they didn’t think it would work fast enough.

“We signed a DNR, we felt we had no choice. Having our boy hooked up to machines was no life either.”

When the chemotherapy worked Lucy told them to rip up the DNR.

She said: “The tumour had shrunk. Ollie was starting to get better again.

“He has had rounds of high-dose chemotherapy, 12 hours of surgery, stem cell harvest, radiotherapy and numerous side-effects — and has continued to smile and be happy playing with his toys.

Lucy said: “We are hoping to fly this month.

"The whole process will take about a year and we will keep fundraising. 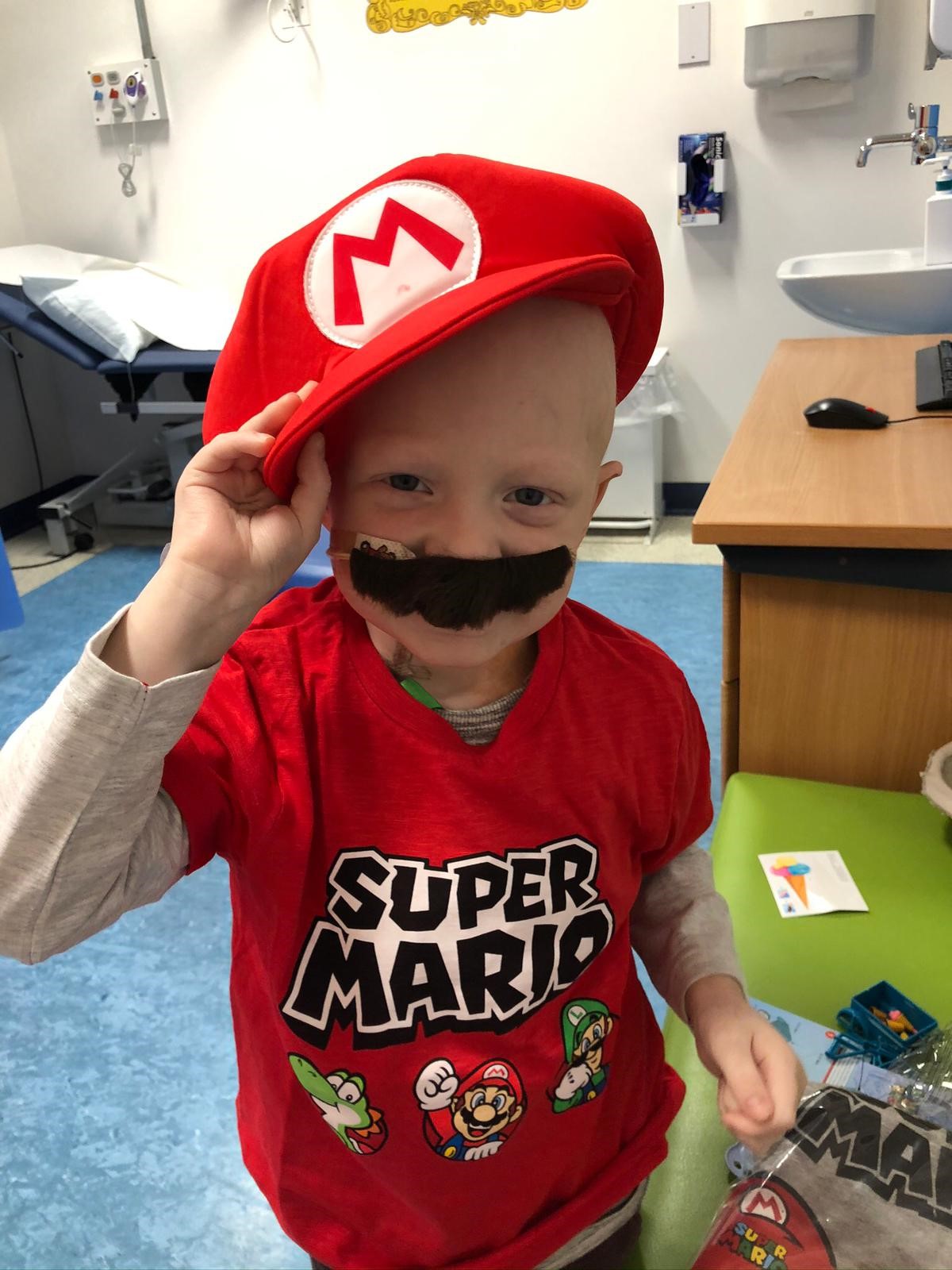 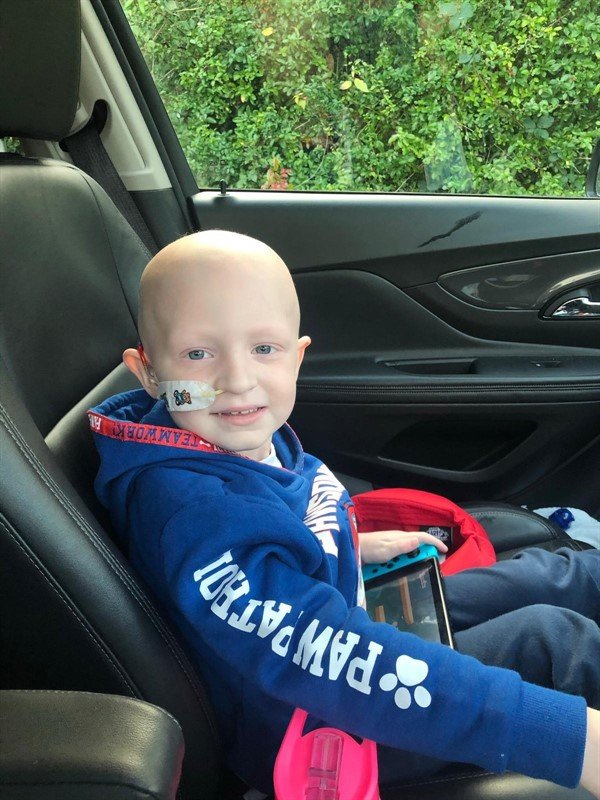 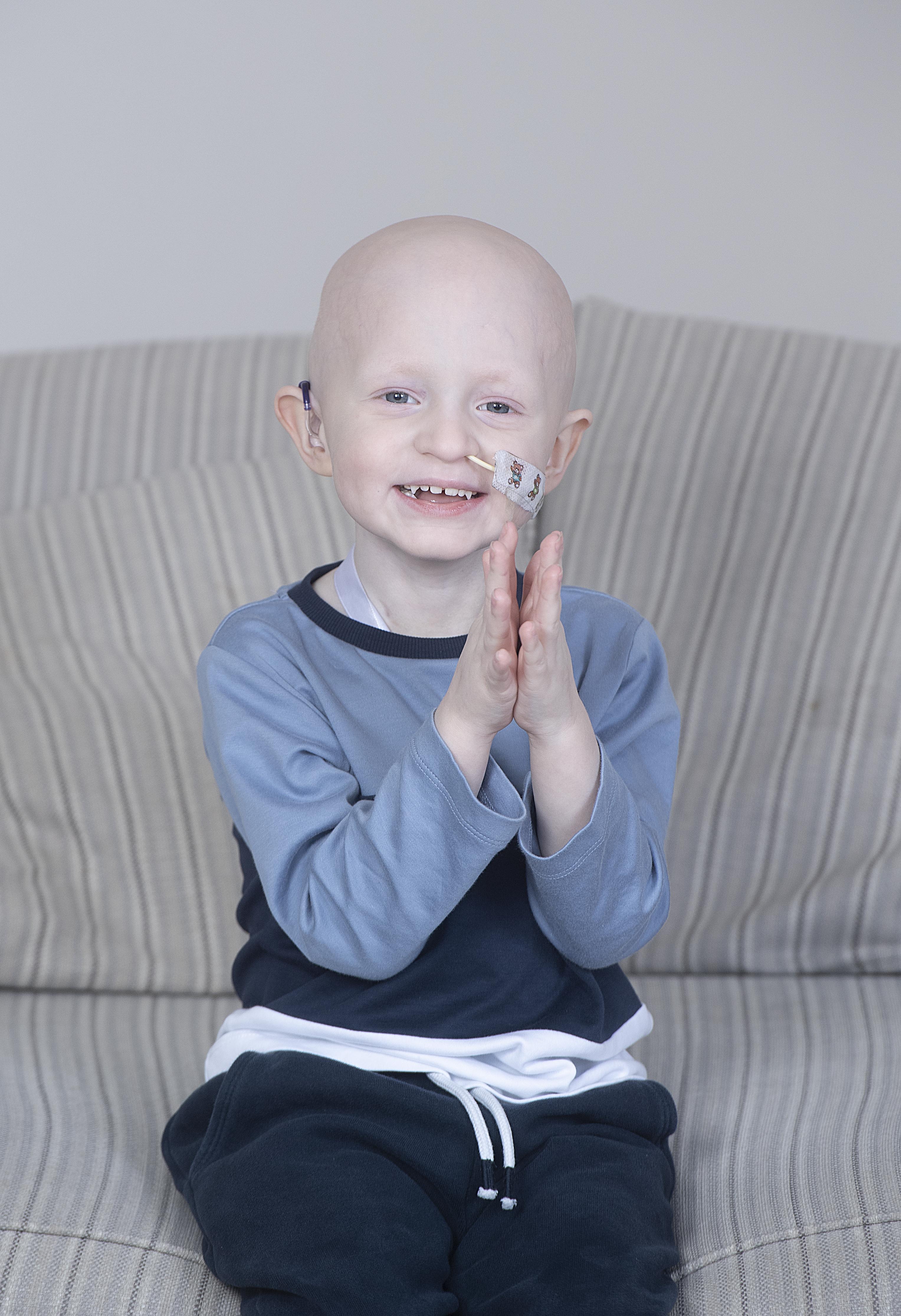 “He hasn’t had much of a childhood so far and just appreciates the smallest of things like going to the park.

“We know Ollie can get through this, he has shown he is a fighter.

“We need to make sure he didn’t fight that battle in vain.”

Virgo weekly horoscope: What your star sign has in store for March 28 – April 3