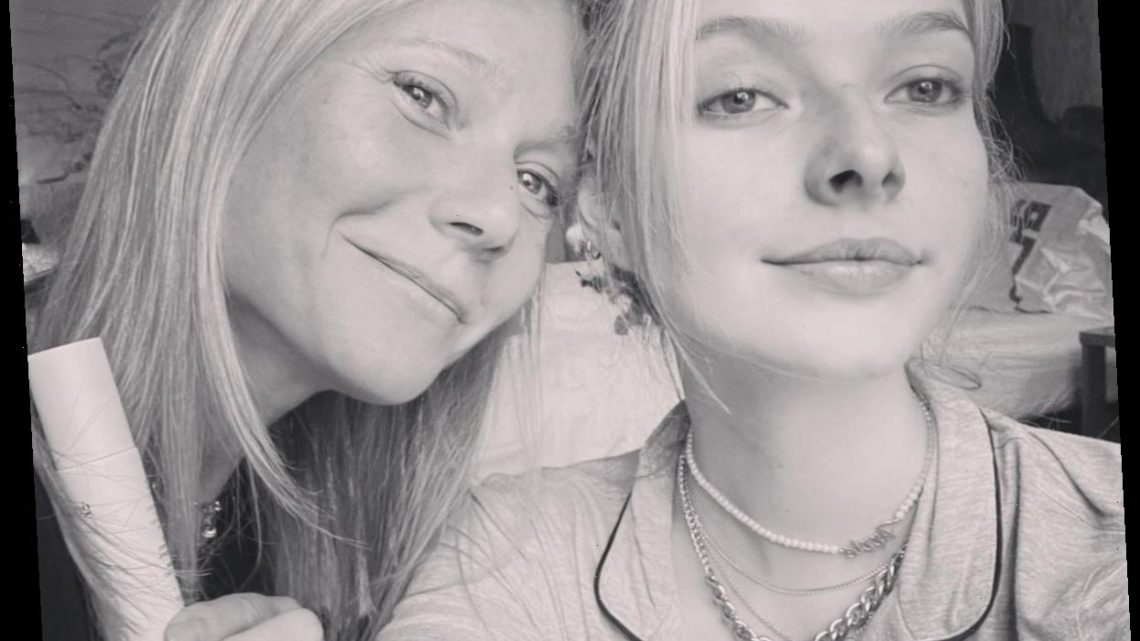 Gwyneth Paltrow is raising another lifestyle aficionado, if not a comedic genius.

In the clip, the daughter of Chris Martin explained that her mom starts the day with the Goop Glow Morning Skin Superpowder. "And she eats nothing except for dates and almond butter, so she will have that" she said. "I suppose the Goop Glow is a part of her cleanse, which she's been on since… the day I was born, apparently."

Paltrow then moves to her spacious bathroom, where she gets started on her skincare routine. "It's 8 a.m., and she's been doing this since 7 a.m.," Apple noted. "She just prances around the bathroom, putting on her millions of Goop Glow products for her glowing skin."

"Then she gets to work, making some more vagina eggs," Apple joked, as her mother types away at her laptop. "And candles, also vagina candles, and vagina perfumes. Just everything vagina," she added with a laugh.

Her mom later took to Instagram with a cute black-and-white selfie of the two of them. "Exciting new product launch today featuring one of the absolute loves of my life," the Goop founder wrote.

In addition, Apple offered her own morning routine, as she tested out products from the Goop Glow line. "I'm obsessed. It really gives your skin this amazing glow," she said of the products, which have been in her rotation for a few months.

Earlier this month, Paltrow revealed on People (The Show!) that skincare isn't the only thing she and her daughter bond over. "Apple borrows from my closet," she explained. "Although, I did take a hoodie from her about two weeks ago, so fair enough. But she likes my t-shirts and my shoes."

She shares Apple and son Moses, 14, with ex-husband Chris Martin, 44, with whom she 'consciously uncoupled' in 2014, remaining friends with the Coldplay singer and his girlfriend Dakota Johnson.

The Avengers: Endgame star married TV producer Brad Falchuk, 50, in September 2018. The couple celebrated his 50th birthday earlier this month with a ski trip to Wyoming.

"It was so nice to celebrate him. He's such a special, amazing man," she told PEOPLE.

Aries weekly horoscope: What your star sign has in store for April 4 – 10